Date:
February 26, 2018 6:16pm
Observer:
Anonymous
Avalanche Details
If this is an avalanche observation, click yes below and fill in the form as best as you can. If people were involved, please provide details.
Avalanche Details

On 2/25/18 two skiers ascended to a pass west of West Twin and Goat rock. From the pass the 2 skiers descended 1000 ft, transitioned and ascended the northwest aspect of a 40 degree apron bellow a north facing couloir. While boot packing roughly 100 ft from the base of the couloir, the slope released, whumphing loudly and breaking 10-20 feet above skier one and two. Both were able to self arrest after traveling 100-200 ft down the roughly 350 foot long, 75 foot wide path. Snowpits before and after the slide revealed poor structure. The slide failed on the melt freeze crust and had a crown height of 1-3.5 feet. The culprit layer failed to propagate in pits dug before and after the slide, crumbling at ECTN 23. The flanks were 1 foot deep. The undisturbed snow height at the toe of the debris was 110 cm. The depth to ground from the deepest debris was 250 cm.

Overall, we half-wittingly placed a massive amount of trust in a rotten snow pack that was not shy about giving us negative feedback. The signs were there, we just couldn't bother to listen. Springtime and a more stable snowpack are just around the corner, but such a measured perspective and any semblance of deep though were completely absent on this calm bluebird day. 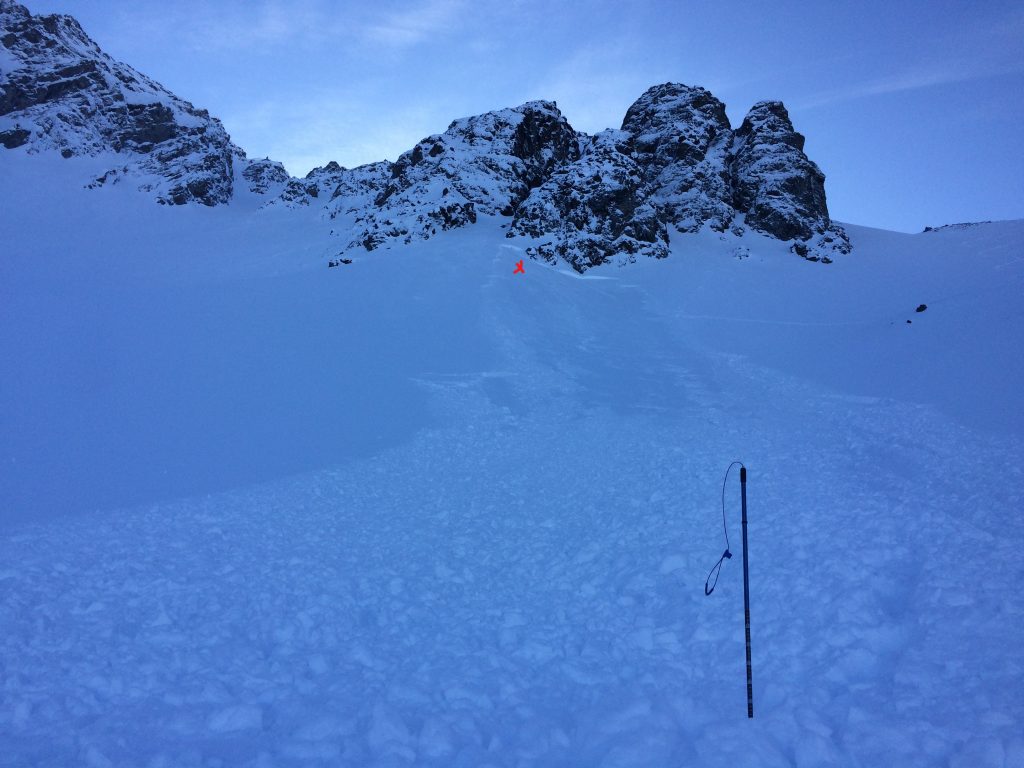 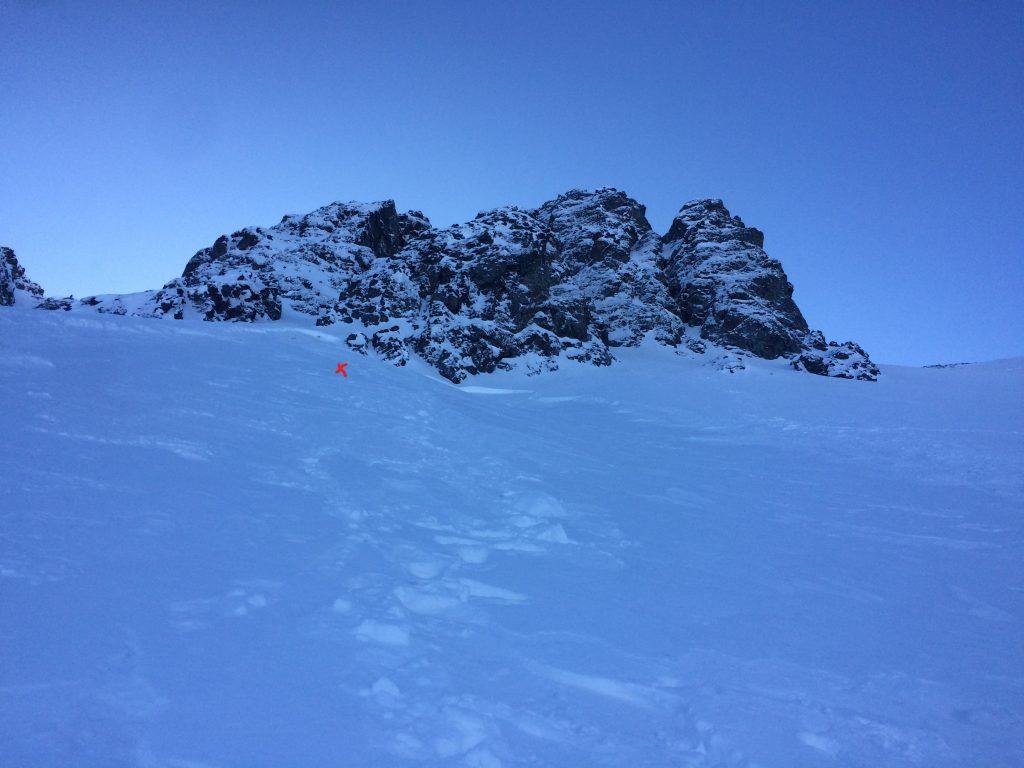 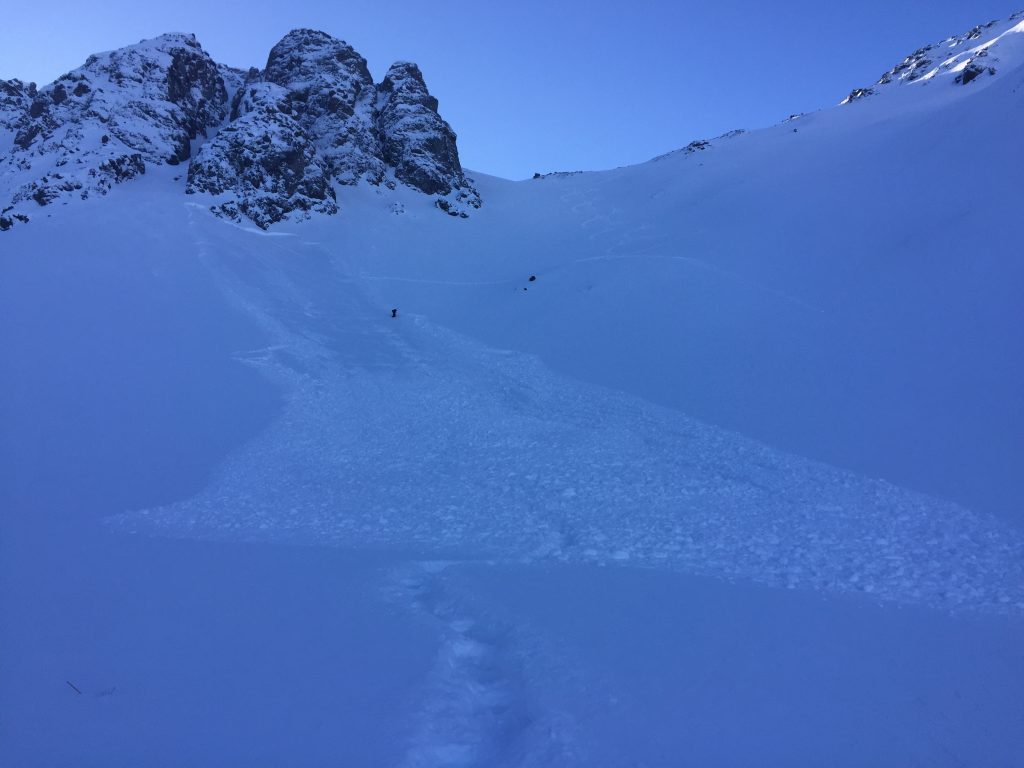 Human w/ skis on back for scale 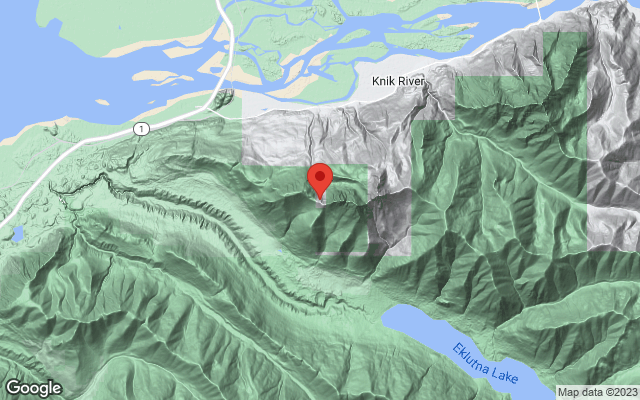