Touring up to pass between Goat Rocks and POW peak with intention if accessing the pencil couloir / N side of twin peaks.

Skinning in a group of three, the third skinner remote triggered a D2.5 slab avalanche failing on basal facets to the ground. This was in an area of thin snowpack on a west aspect with the trigger occuring at 3200 feet, crown breaking at 3600 feet elevation. We had just rounded the corner from a S aspect with a thick sun crust to a West aspect with soft surface snow when the failure occured. Interestingly, this is the elevation band where I have noted melt crust dissipating on multiple other tours in the area over the last week. The slide propagated 450 feet wide and broke roughly 400 vertical feet above where we were skinning. The avalanche entrained snow above me, the first skinner in the group, and I was able to calmly skin back about 30 yards to avoid the slow moving debris. The debris ran roughly 400-500 feet below, 900 feet total slide path.

There were no collapses, whoomphs, or recent avalanches observed prior to this. 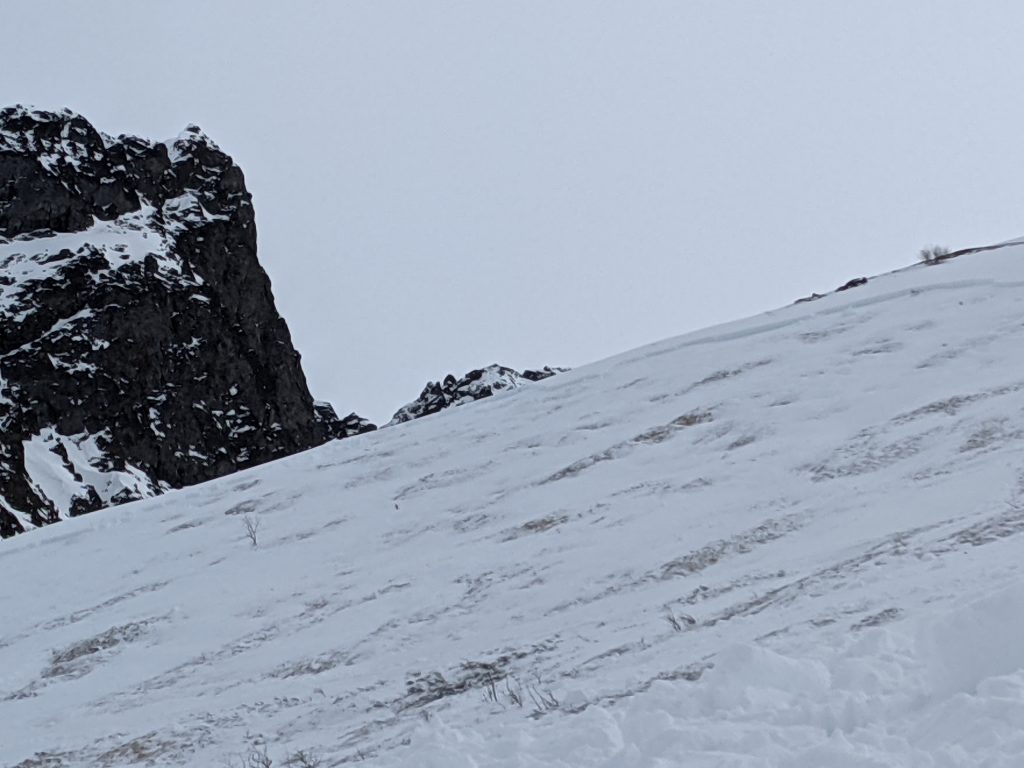 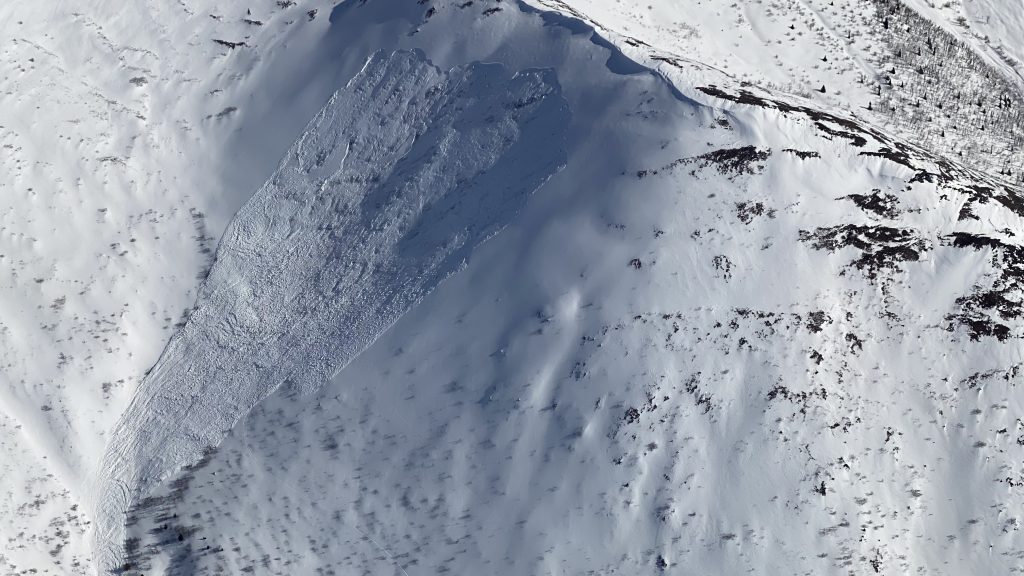 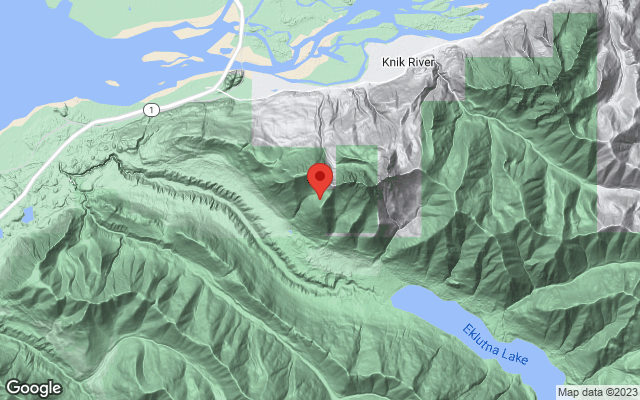