Started at parking lot around 9:45 with a light N wind, S-1.
Skinned up standard track to 2300.
1st lap we planned to ski towards the NW bench with trees. The low angle wasn’t really great for the low-density snow.
Triggered a slide and found some shooting cracks.
By 11:40 winds from the North started to pick up above 1800′ ASL.
2nd & 3rd stayed on the trees around the track. Low-density snow, slightly steeper runs.
3rd runs, winds came warmer and the snow started to show affectation by the wind.
By !5:30 the exit to the parking lot was damped. Temp at the car was 36 F.
The skiing was great. Bumpy and Deep.

Skier 1 and Skier 2 transition at 2300. At around 2200, a steeper rollover was analyzed for potential release and planned accordingly.
Skier 1 went slightly left and went to a safe spot. Skier 2 got into the rollover with some speed and on the 2nd turn noticed a shooting crack and continued to skiers left to a high bench. The slope behind propagated towards the N of the ridge, releasing the N / NW aspect of the newer snow.

New Snow.
Winds increased during the day.
Temperatures raised as well.
Obscured sky most of the day.

No snowpit test performed.
A couple of pole/hand tests were performed during skinning time.
A small avalanche was released during the 1st ski run. 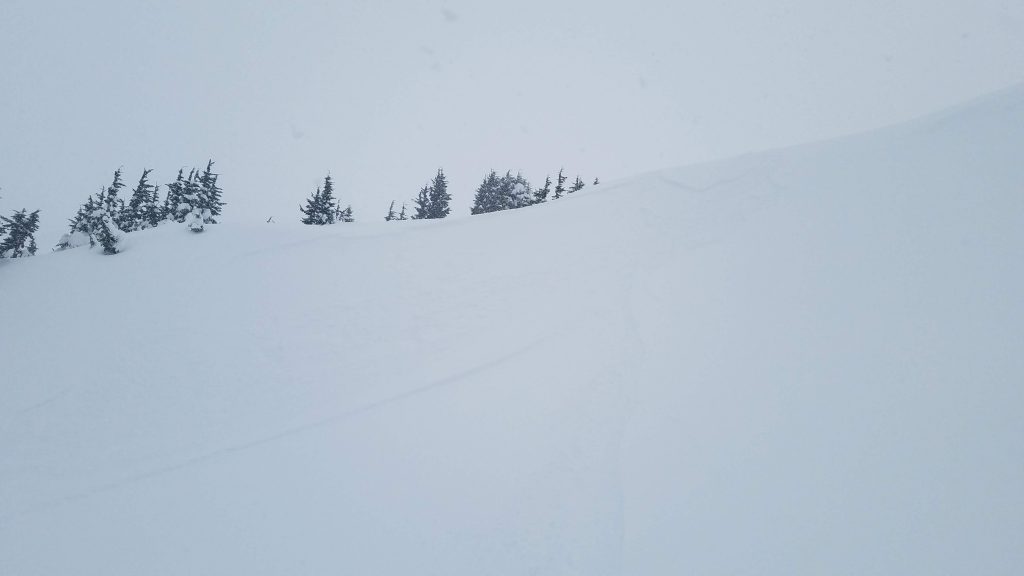 Bad photo of the avalanche, crown and debris 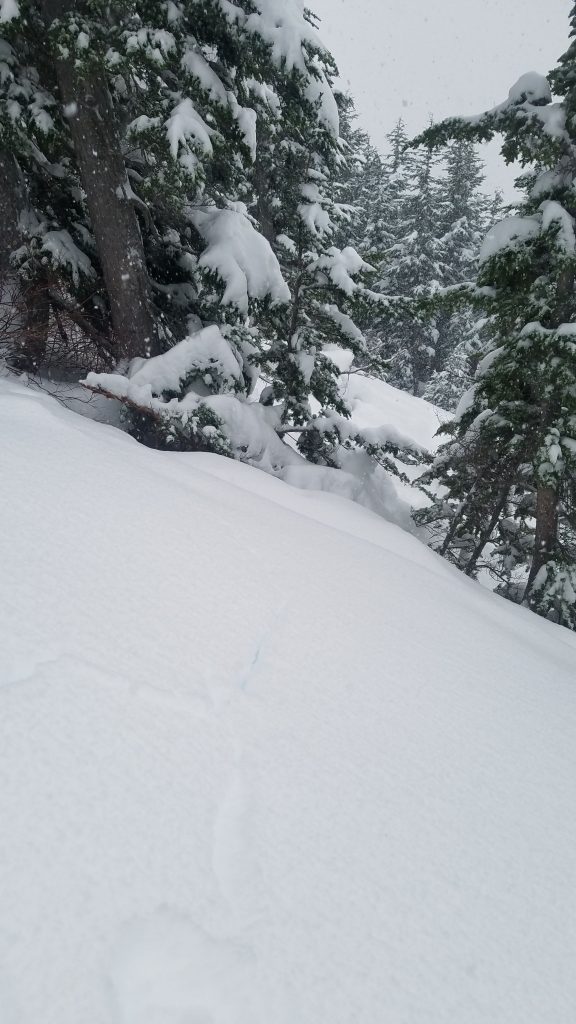 Shooting crack at end of ski 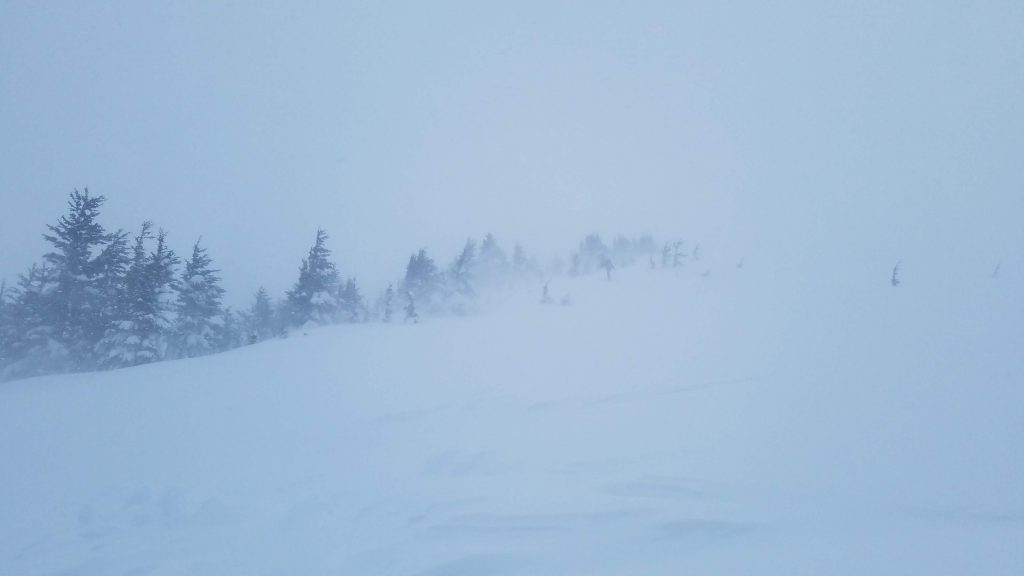 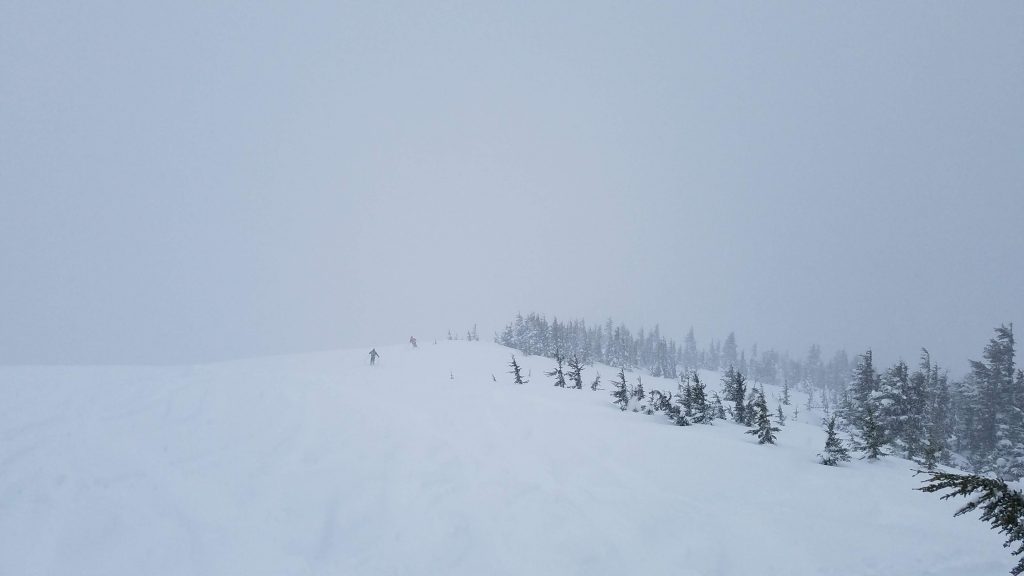 Some happy skiers going after their 2nd lap 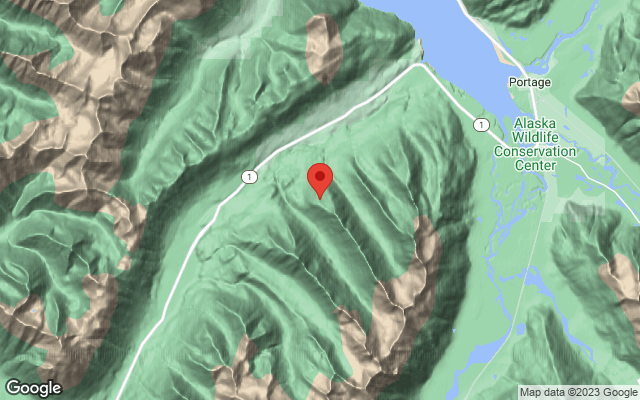