None observed.
There was a large glide crack observed in Peterson Creek.
Old avalanche crown observed on the south side of Wolverine likely from the NYE storm.

See photos.
New snow depth averaged around 1' over melt freeze crust to 2300'. The crust varied in thickness and thinned with elevation. It was supportable to around 2150' and then disappeared around 2300'. Above 2300' the NYE snow was over hard wind effected snow.
There was faceting over the melt freeze crust in the pit locations with the crust. The facets are more developed at this interface compared to the faceting at the surface. This will be something to watch when we get more snow/slab on top.
The Solstice buried surface hoar was found in both the 2000' pit and the 2500'. No test performed at 2000' as it was in the snowpack well below a 2-3" thick melt-freeze crust. At 2500' it was just over a 1' deep. It was reactive in the compression tests but not in the ECT. The snowpack depths varied at from 20cm to 200 cm at 2500'. There is very hard snow (pencil) above the Solstice buried surface hoar. 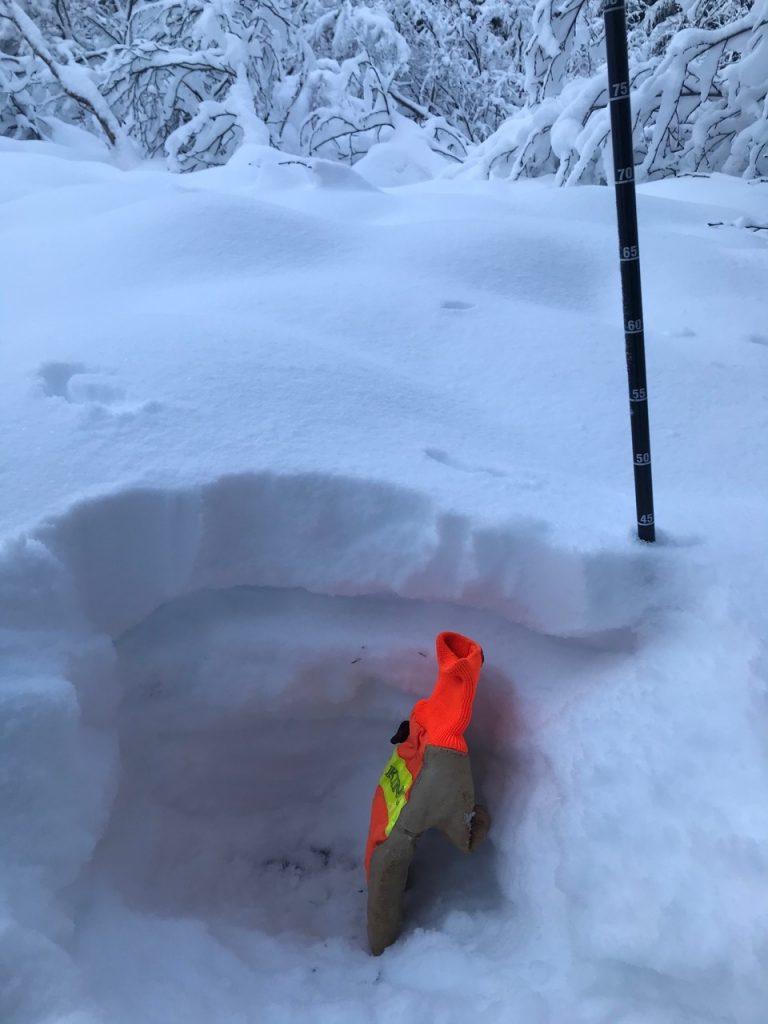 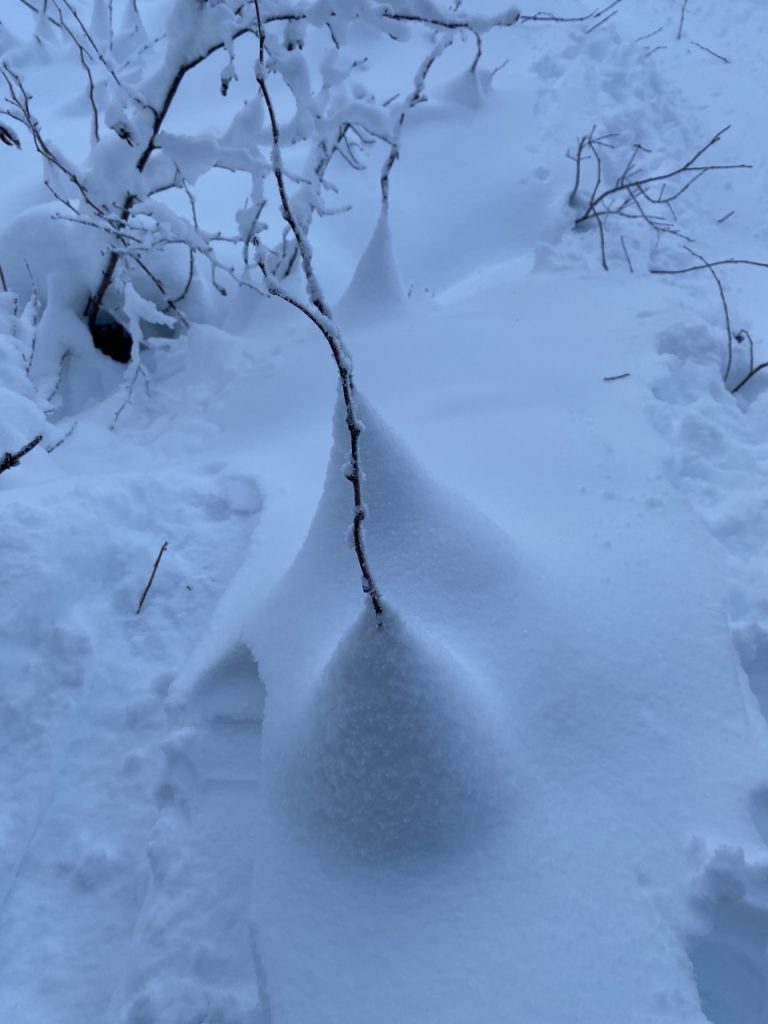 Settlement cones on the alders 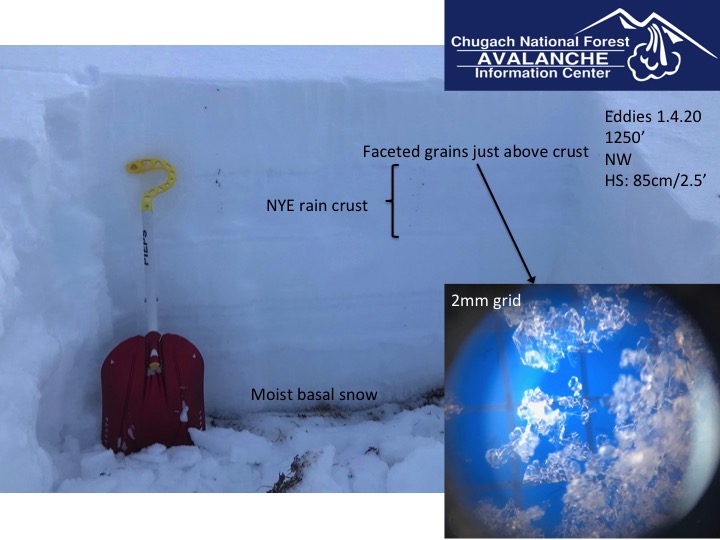 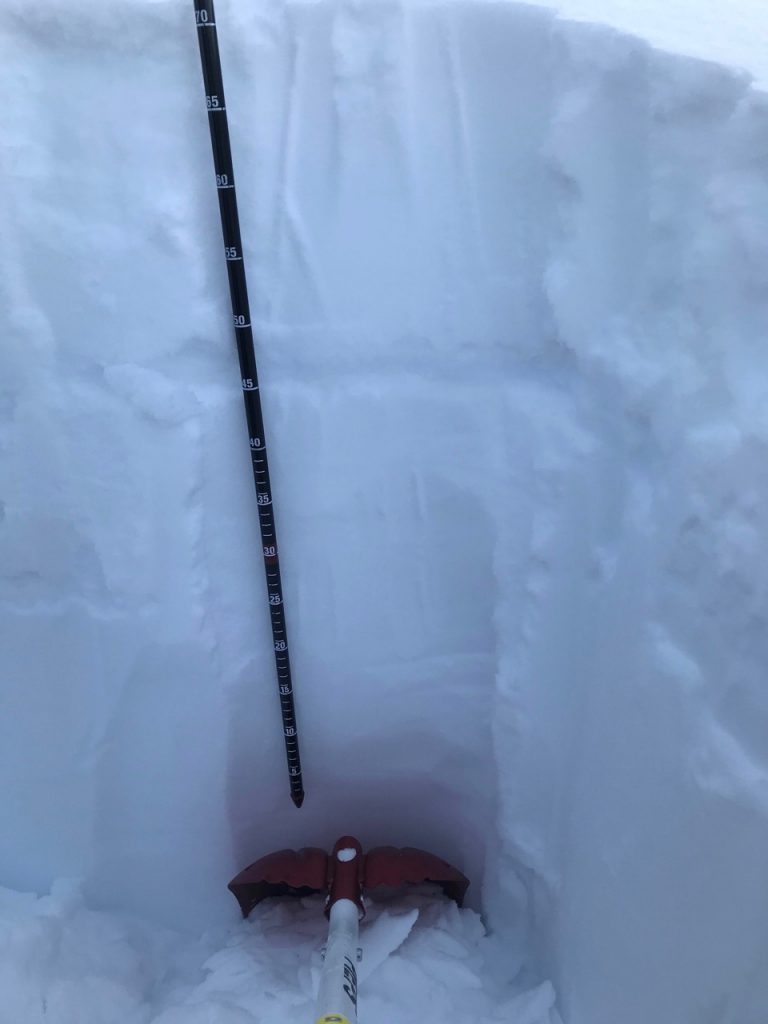 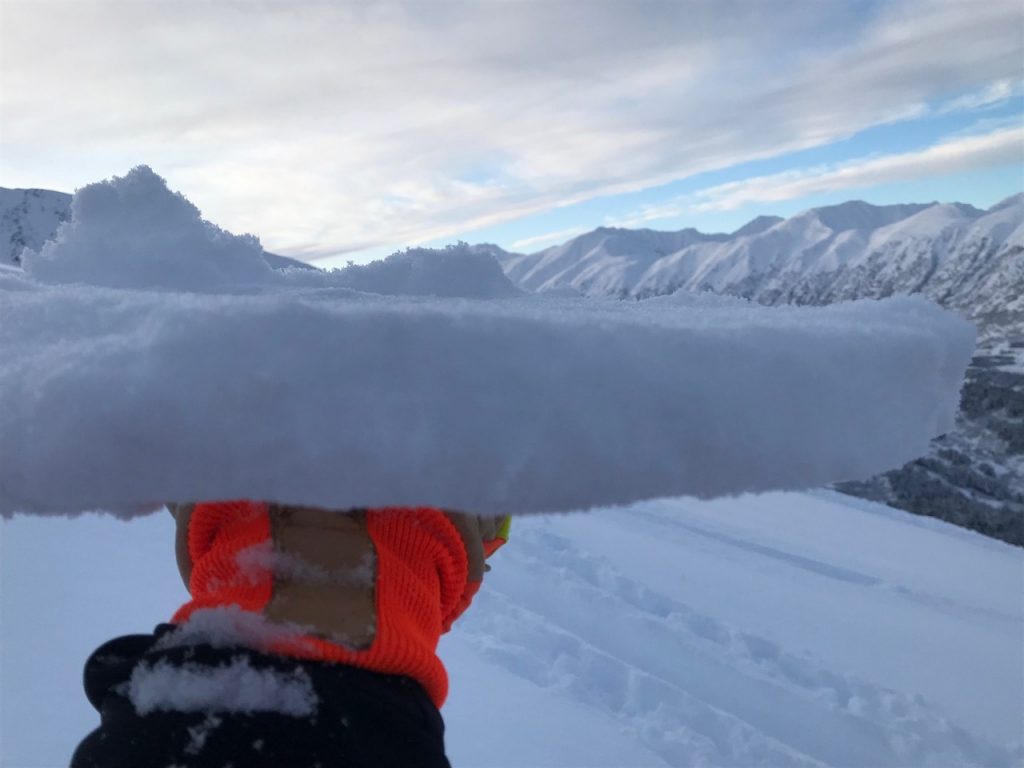 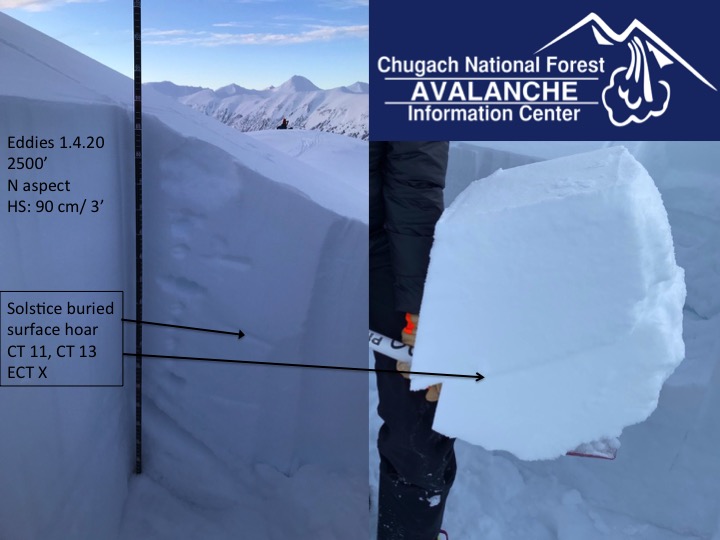 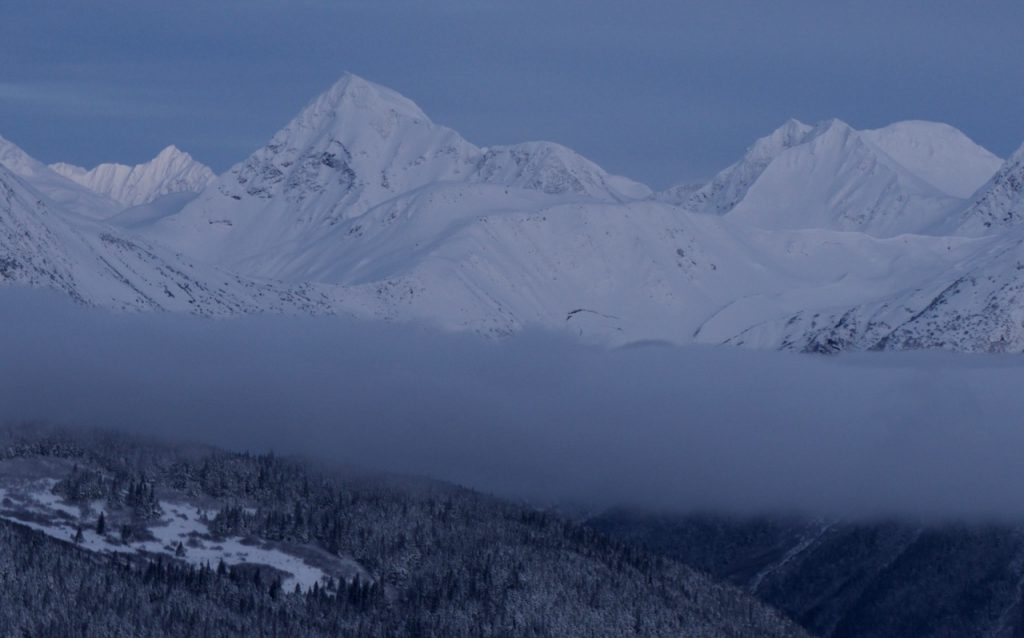 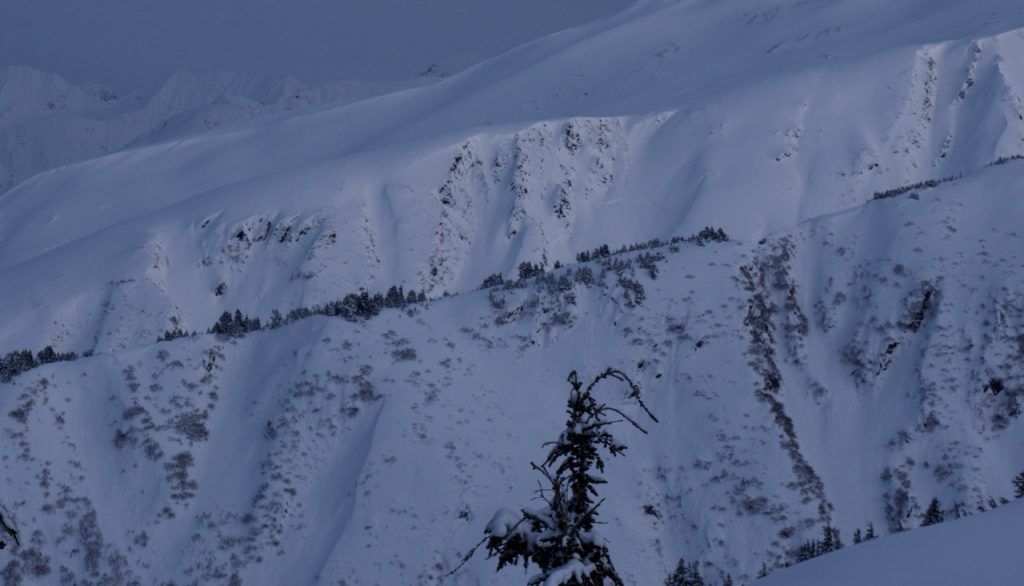 Old crown on the south side of Wolverine 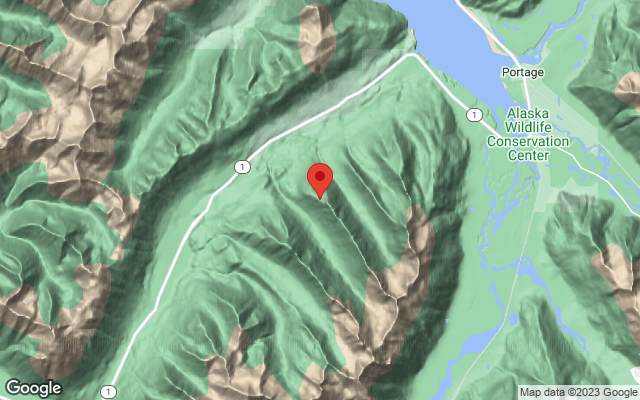