Standard uptrack to Eddies ridge. Rain crust up to around 1500. Higher up, snow quality increased dramatically, as expected. However, surface hoar was easy to spot in certain areas. Little to no wind. No signs of instability but no format tests were performed. Navigated large cornices, one in particular had already cracked but still held it’s composure.

Once in the Ingram Creek valley, observed several glide cracks (counted 7 just from one spot) – with one that must of released in the past few days. Wind textures were obvious closer on the west side of the Eddies ridge.

Most likely rode over an isolated pocket, causing the trigger. Due to the low density quality, it was not difficult to keep an edge and stay high on the line while the soft slab rapidly began it's course. Still, worth noting that it it would have carried me much easier had it been a denser slab. I was rider 3 of 3. Rider 1 triggered a similar avalanche but it was not known to riders 2 and 3 to what extent. Rider 2 rode a similar line without incident. 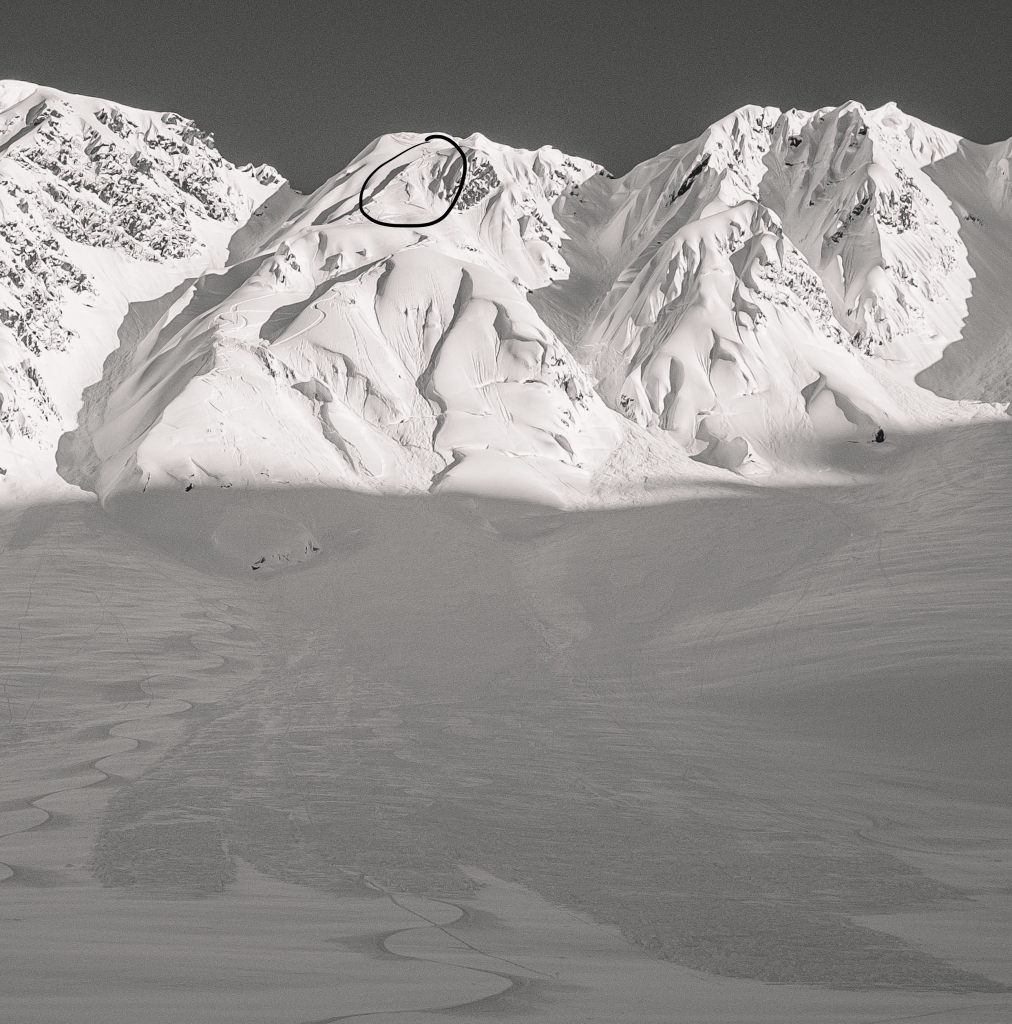