Avalanche with significant injuries and rescue

To the best of our knowledge, (based on information from the Air National Guard rescuers) this
avalanche happened on the South face of Eddies ridge (between Eddies and Tincan)
in fairly steep terrain. We also know through media reports that the avalanche
occurred late in the day after many hours of continuous sun exposure and warm
temperatures. If these details are correct, then the avalanche was most likely
caused by weakened wet snow from sun warming and/or a slab that failed on an
older buried sun crust.

This avalanche occurred less than 48 hours after a significant storm when the
sun crust exhibited dangerous remote triggering and wide propagation. <a href="http://cnfaic.org/fotogallery.php?id=p2132&year=&map=&month=
“>Check here for pictures and description of hair trigger instability on 3-14.

Check
out the avalanche forecast from Friday, March 16th.

Man stays with brother after ankle broken in slide.

(03/18/12 18:14:39)
An avalanche Friday night injured a skier in the Turnagain Pass backcountry south of Anchorage, according to the Alaska Air National Guard, which sent a helicopter to rescue the man during the early morning hours Saturday.
The snow slid about 8 p.m. on Tin Can Mountain, the Guard said. It enveloped 20-year-old New York resident Ian Lacroix, who was skiing with his brother, 28-year-old Anchorage resident Nathan Lacroix, and 23-year-old Girdwood resident Connor Maloney, according to Alaska State Troopers. As the snow moved down the mountain, Lacroix emerged.
“Apparently when the avalanche hit, he got partially swallowed by it and then spit back out as it was spreading out lower down,” troopers spokeswoman Megan Peters said.
Lacroix’s ankle was broken. His brother stayed with him while Maloney skied to a vehicle where he called Alaska State Troopers.
The call came in about 10:20 p.m., and 10 minutes later the troopers requested help from the Guard’s Rescue Coordination Center in retrieving the injured man still on the mountain. The rescuers gathered more information, put together a plan, and launched an HH-60 Pave Hawk helicopter about 12:50 a.m., the Guard said.
“During this time the two brothers attempted to ski out to the road after placing a splint on the broken leg. However, with dropping temperatures they did not get very far,” the Guard press release says.
Poor weather made it difficult to spot the brothers, Peters said.
The six-person helicopter crew arrived at the brothers’ location just before 1:10 a.m. They were taken to Providence Alaska Medical Center, the Guard said.
Nathan Lacroix told a Providence spokeswoman his brother was sleeping Saturday and unavailable to comment, the spokeswoman said.
Avalanche danger in Turnagain Pass was listed as “moderate,” one step up from the lowest rating, according to the Chugach National Forest Avalanche Information Center. The bulletin posted online Saturday said there was more than 2 feet of recent new snow atop lingering instability in the snowpack.
“Two distinct issues have been identified — a buried sun crust and buried surface hoar,” the Saturday bulletin says. “Both of these weak layers have caused avalanches in the last two days, and that possibility remains today.”
Backcountry skiers and snowboarders should carefully evaluate snow conditions, the avalanche center said.
On Tuesday, a heli-skiing guide and a client died in a massive slide outside Haines on Takhin Ridge.
According to the Chilkat Valley News, avalanche danger was rated as “considerable,” the next level up from “moderate.” The heli-skiing company, Alaska Heliskiing, had three helicopters operating that day and 40 skiers, including six guides, in the field, the newspaper reported. Another client told the Chilkat Valley News that his group did not conduct tests of the snowpack, such as digging a snow pit.
________________________________________
Reach Casey Grove at casey.grove@adn.com or 257-4589. 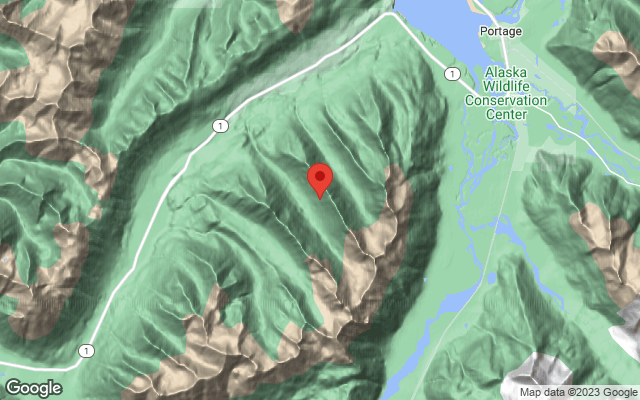