Normal ascent up Eddies and back the ridge. Original plan involved a descent into Wolverine Creek, but a change to a SW descent into Ingram was taken despite observing crown on similar aspect much earlier along the ridge.

Party of 2 involved with human triggered avalanche. Both were caught in avalanche in different capacities. See attached Google Earth screen capture with markers A-D. First to descend (splitboarder) dropped from the ridge into a steep bowl (A) that funneled down towards a couple of parallel chutes mid-run. The second skier dropped in prematurely from a different direction into the bowl, believed to be a wide wind loaded convex surface. The first turn cut loose the slide which carried the skier 100-150 yards approximately. The skier sank up to their neck in the slab but was deposited towards the margin as the slide followed the curvature of the upper bowl. They were not fully buried and were able to self extract. The lower splitboarder was rapidly descending a constriction (narrow gully) in the line when the avalanche violently overtook him from behind (B). He was immediately under or inside of the fast moving debris flow rag dolling end over end and falling repeatedly off of steep features. Part way down the debris ride, they were able to deploy an air bag which coupled with a helmet and the ability of the bindings to rip free from the board, likely saved them. They stopped their descent at (C) with upper body above the snow and were able to self extract. The skier up top climbed back up the crown face and estimated it to be 2 feet at its deepest and spanning approximately 300 feet. (D) marks the best guess for the bottom of the slide path.

The most obvious sign was the previously documented crown on a similar aspect. This was seen quite a ways NW on the ridge from where we descended.

Clear.
Little or no wind.
Temperature in the teens, lower in the shade. 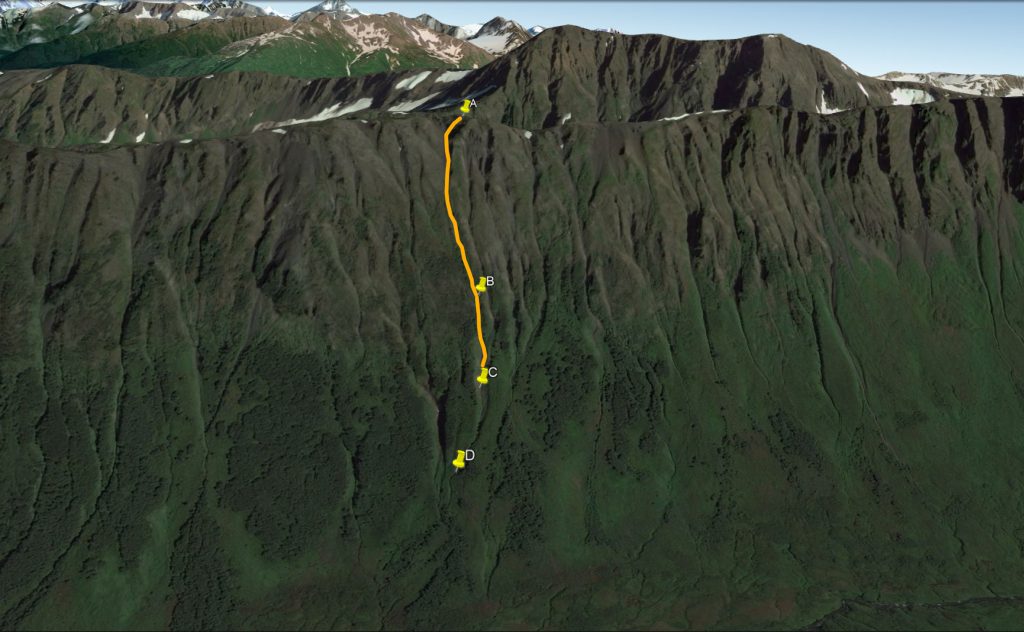 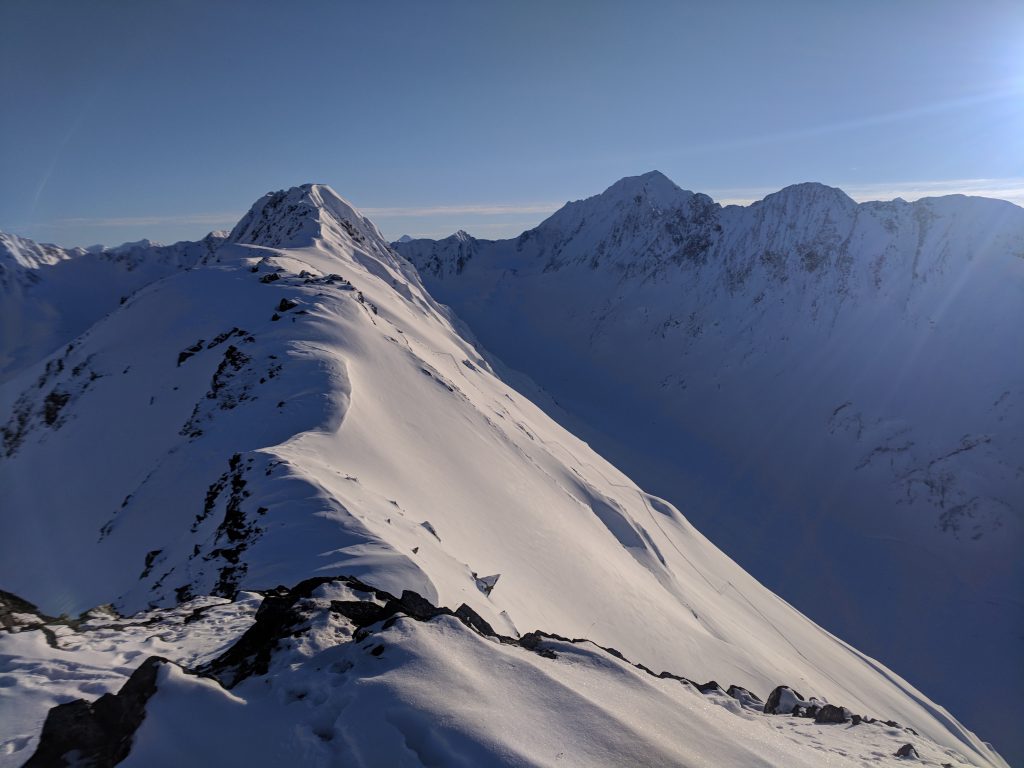 Up track and other tracks before avalanche was triggered 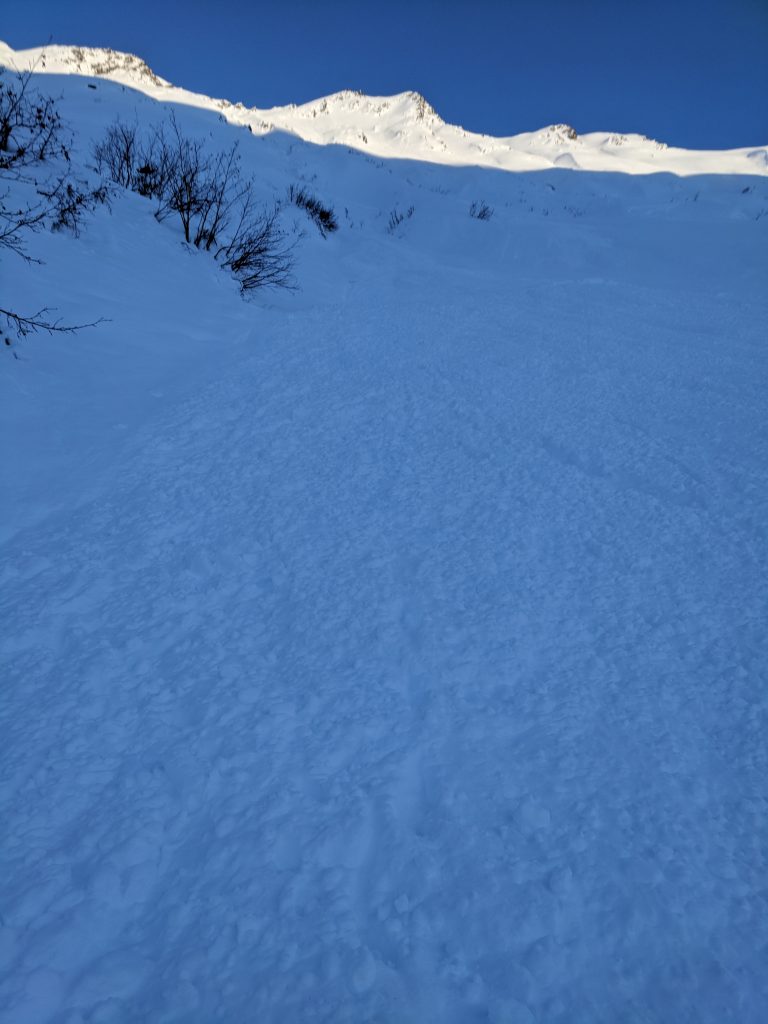 Eddies SW face avalanche, looking up from below 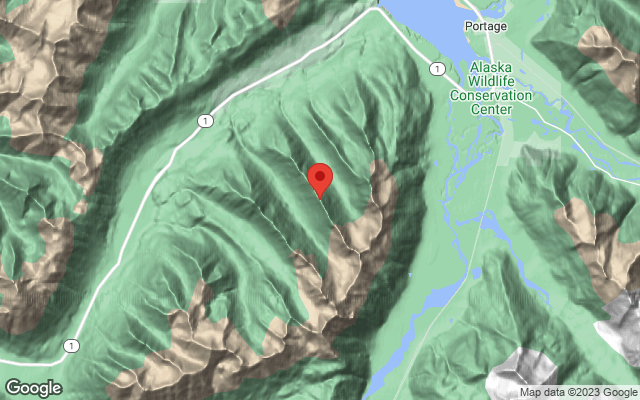