Weather:
Warming, windy, and turning wet… womp womp. Temp at parking lot went from 34 @ 10am to 36 @ 3:30pm. Obscured sky w snow falling at 1-2cm/hr, getting denser/more moist throughout the day. Winds increased as well through the day – below 1000’ occasional variable light to moderate gusts were shaking trees and clearing branches of snow. From 1000-2000’ generally East winds were light gusting moderate, and above 2000’ by the late afternoon winds were moderate gusting strong at treeline. Snow transport was light below 2000’, but moderate from 2000-2200’.

Snow surface/snowpack:
Overnight, 4-6” of soft dry snow fell at all elevations on the tour, of surprisingly consistent density to yesterday’s surface. However, that changed through the day, with 1-3” of denser new snow falling during the tour. By the afternoon the top layer was moist below 1000’, and at the parking lot the snow surface was wet over moist as pictured below. Above 2000’ tracks from yesterday along the ridge had been blown in, and the soft snow reported yesterday was actively being redistributed…

Shovel tilt tests revealed two interfaces in the top foot of the snowpack in wind protected areas, with easy results 4-6” and ~1’ down from the two consecutive evenings of snowfall.

At the site of cracking we dug a quick pit – 2100’, NW, 35 degrees and HS=120. Pit results were STE down 10cm failing below a 4 finger hardness freshly deposited wind slab, and CT 21 PC, ECTN 23 down 40cm on a hardness change – see photo below. The weight of the shovel collapsed the layer 10cm down identified in the shovel shear test. 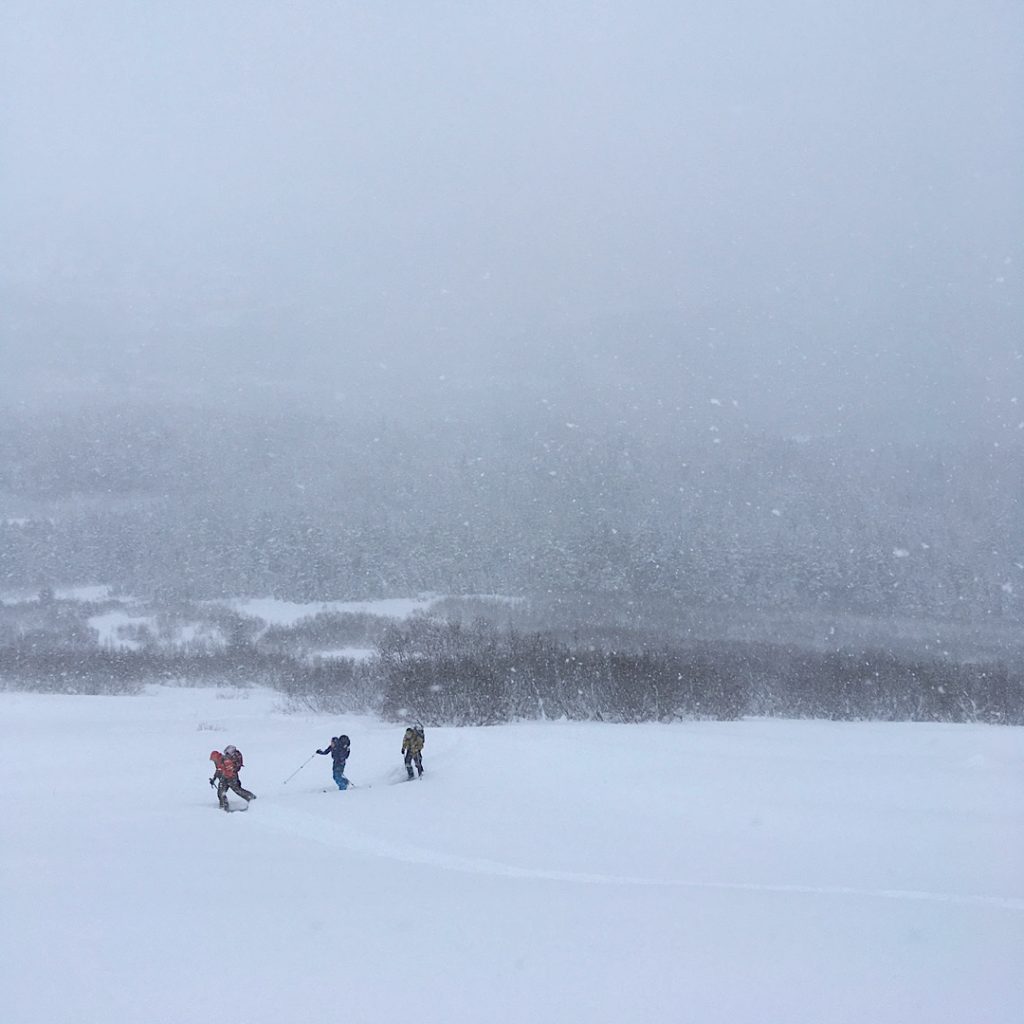 Obscured sky throughout the day 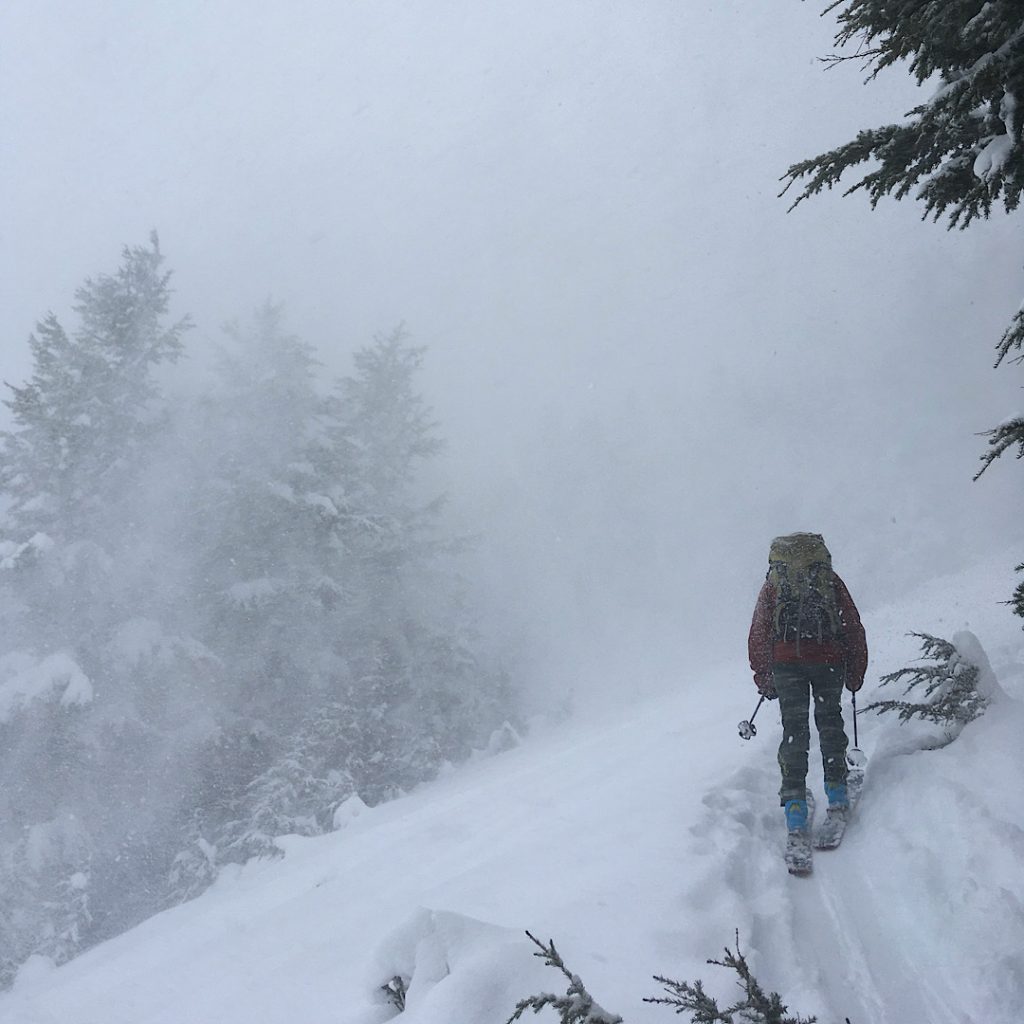 Gusts of wind like this one were clearing trees of recent snow. 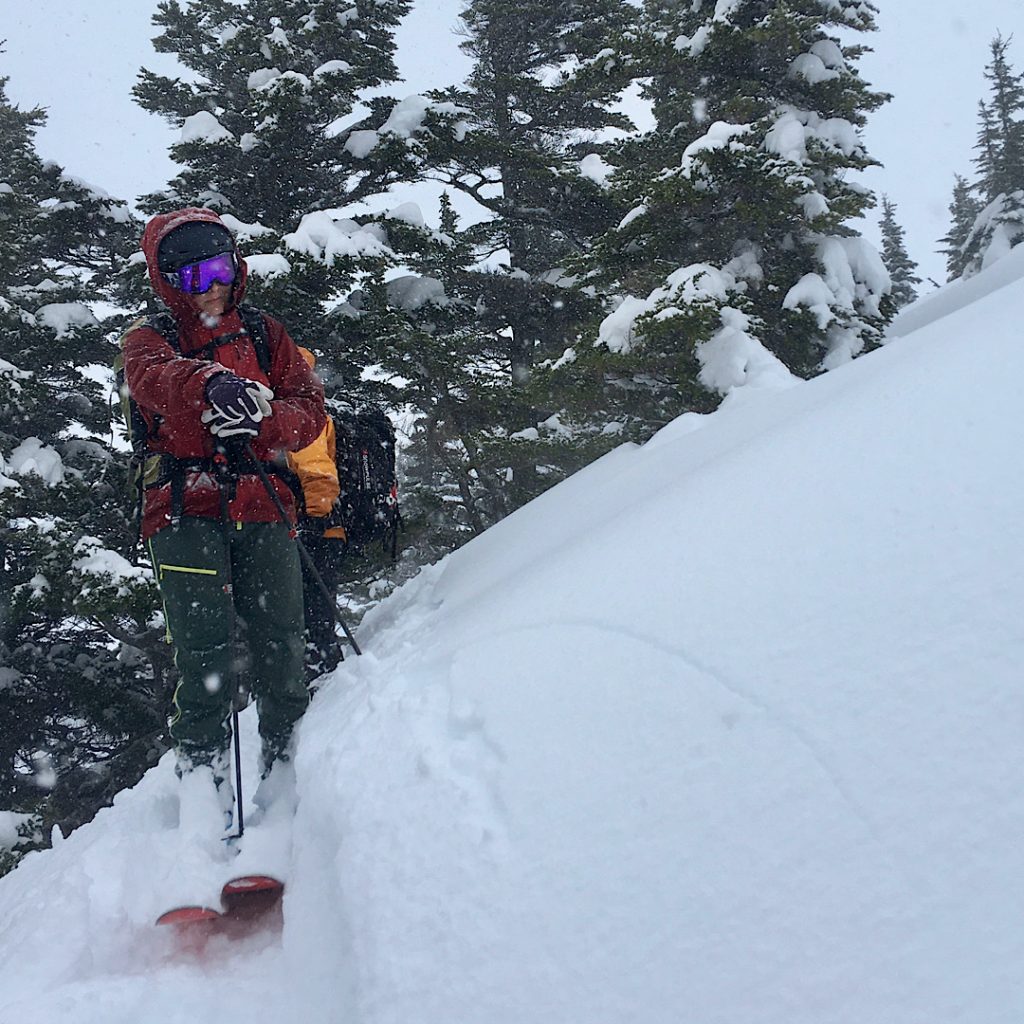 This small crack formed in front of us; see structure below 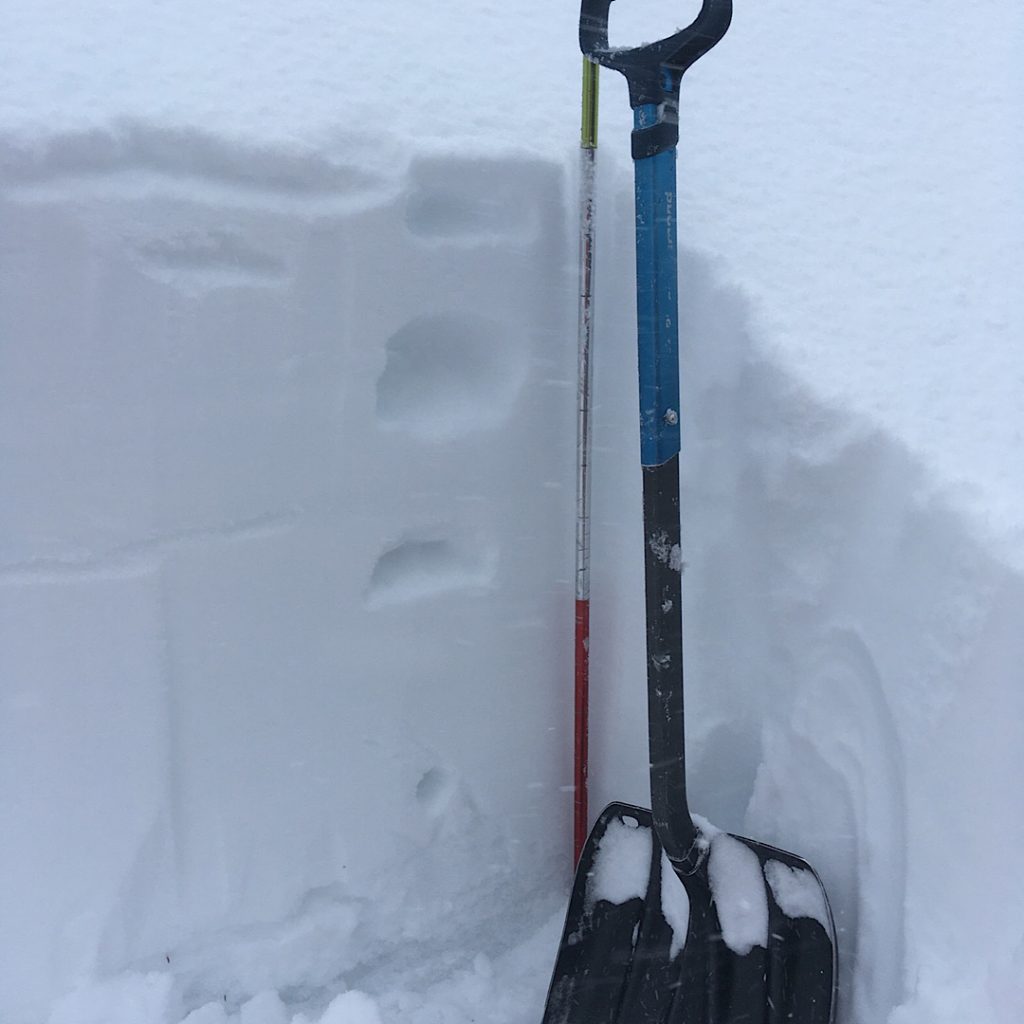 Structure of the top 80cm of snowpack where cracking occurred 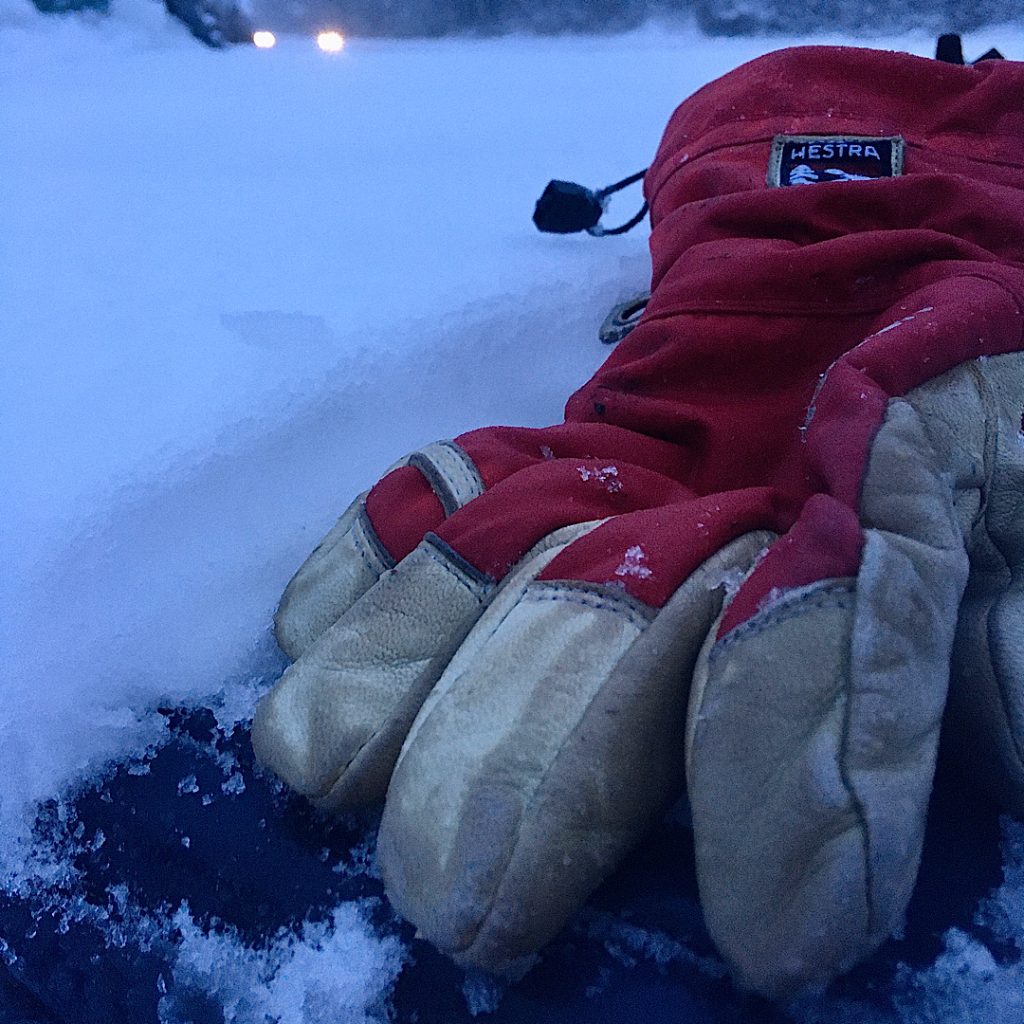 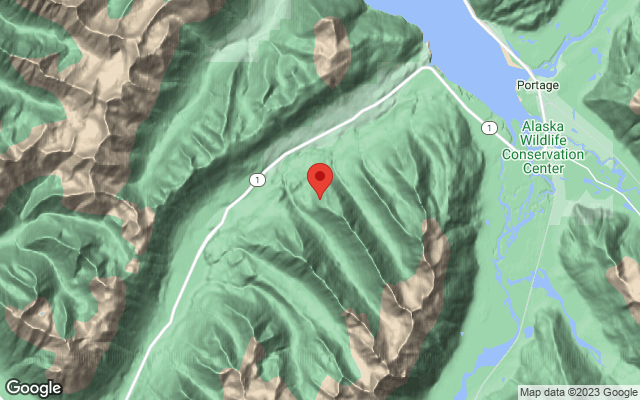