Weather
Mostly cloudy, decreasing visibility through the afternoon
Light snowfall beginning around 3pm (see photo)
Winds light to moderate out of the East
Temps in the 20sF

Snow below the surface
We have been tracking the strength and propagation potential of a thin layer of
weak snow (facets & surface hoar in some places) sitting between the March
10-14th slab and the late Feb crust. Tests have not been correlating well with
recent avalanche activity.
Strength scores have been trending towards high (ECTs and CTs in the 20-30
range, some with no results).
Propagation saw tests over the last 3 days point towards high propagation
potential (PST 15-20/100).

The March slab is thick, 90cm on average, and is keeping potential triggers
(humans, snow machines) farther away from the layer of concern (weak snow above
Feb crust).

Remotely triggered avalanches occurred on Sat March 15. While avalanche
activity was not widespread on this day, avalanches were deep and high volume.
Large collapses were also experienced on the 15th.

The obvious signs are have not been present everywhere. Test results and snow
that is not reactive to human triggers can be misleading with this type of
avalanche problem. It will take time for this layer to become trustworthy. For
the time being it deserves respect in the form of choosing conservative terrain. 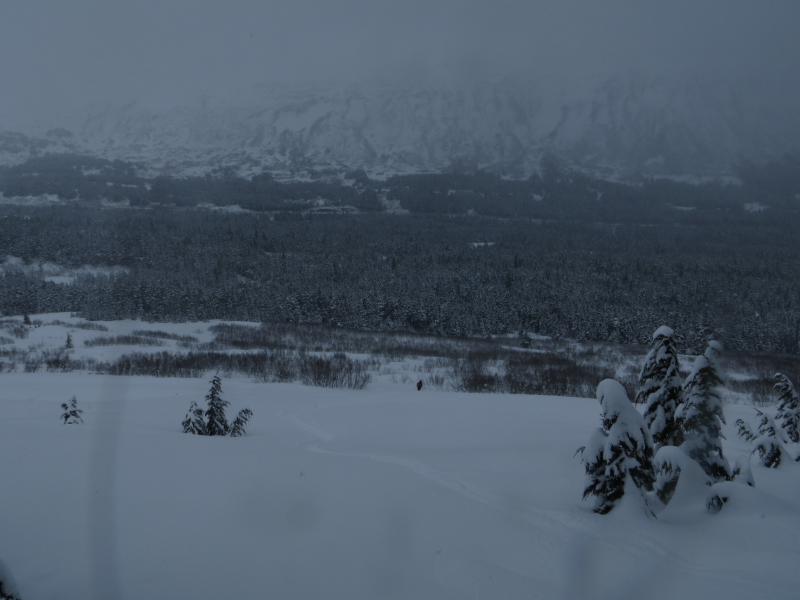