1500ft-2500ft: Soft and powdery right side up snowpack, with some areas of mildly wind affected
surfaces

At all elevations a thin layer (1-2mm) of surface hoar is on the surface, with the exception of locations
at higher elevations that got wind affected.

Snowpack Observations:
Dug a pit at 2400ft on a N aspect in a wind loaded area to investigate what the weak snow on the February crust looks like in
this location. (See Photo)

The upper snowpack consists of 150cm of settled right side up March snow, overlaying 10cm of weak,
4F, snow consisting of angular mixed forms. The upper snowpack sits on a melt freeze crust formed
during warm temperatures at the end of February. 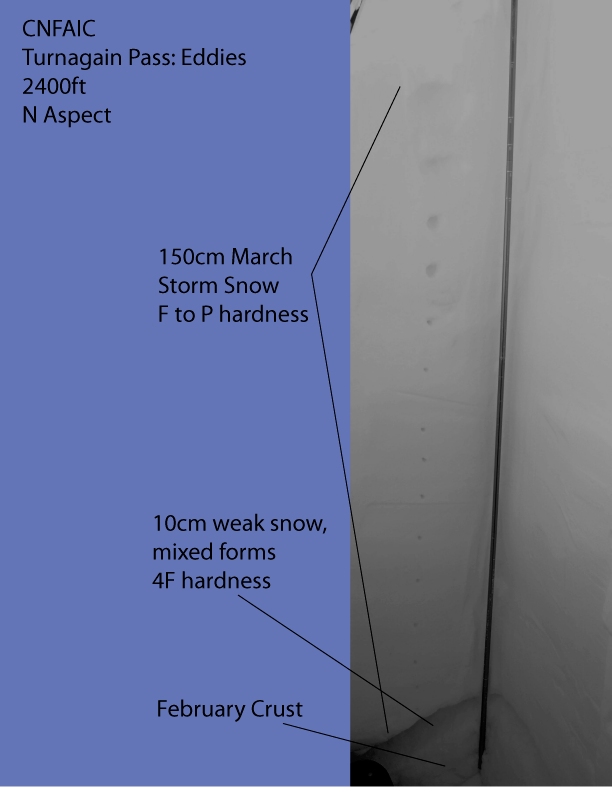 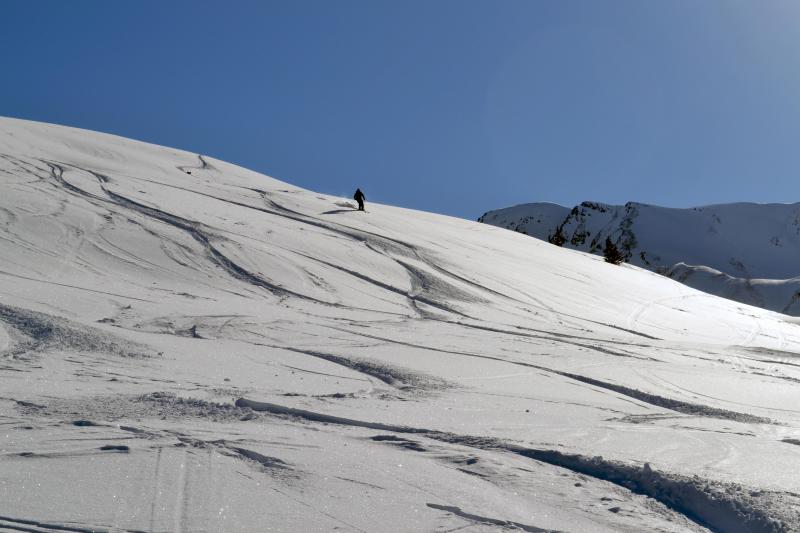 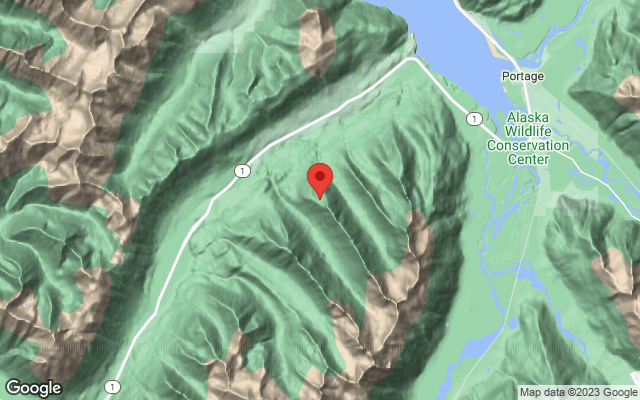