Route: Lower Eddies parking lot to the base of Eddies, then up a generally NW aspect to 2450′. Down
on North to Northwest aspects.

Weather: Temps between 30-40, mostly clear with a few high clouds. Calm in the morning, with a steady east wind picking up to 5 mph above treeline by the late afternoon.

Snowpack: Surface hoar was present on any slightly north facing aspect, below and above treeline. This surface hoar ranged from 3-30mm in size (largest in the trees down low). The top 4″ of snow was fist hard facets, sitting on a progressively harder base approximately 1-2′ thick that sits on the giant melt freeze layer. See the full profile below from 2450′. During our limited encounters with W and SW facing rollovers on the route, moist snow was present in the early afternoon, and/or crusts indicated previous sun effect. Additionally, the sun had destroyed any surface hoar which may have formed on these non-north facing rollovers.

Instability: No cracking, collapsing, or recent avalanche activity observed. Large cornices were present over W and SW aspects of Wolverine. 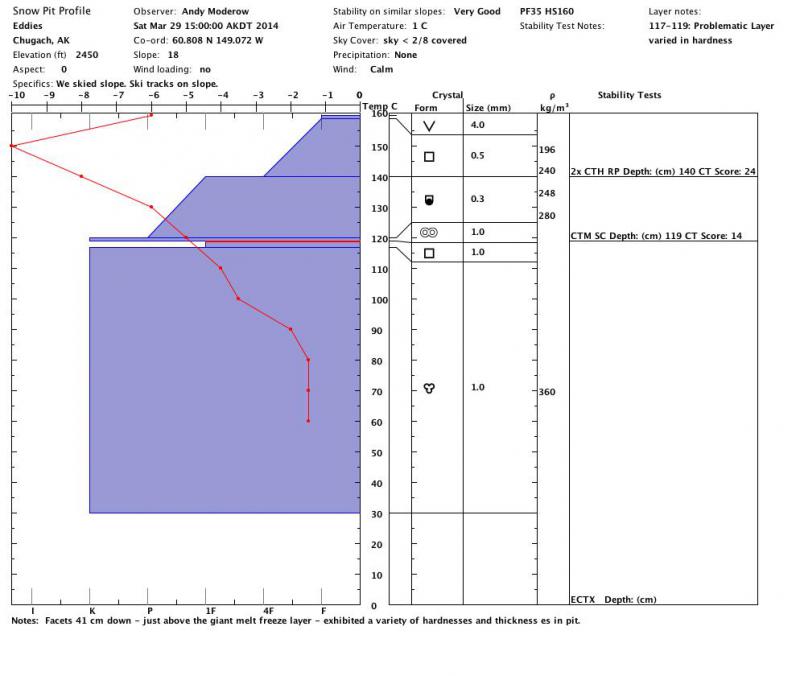 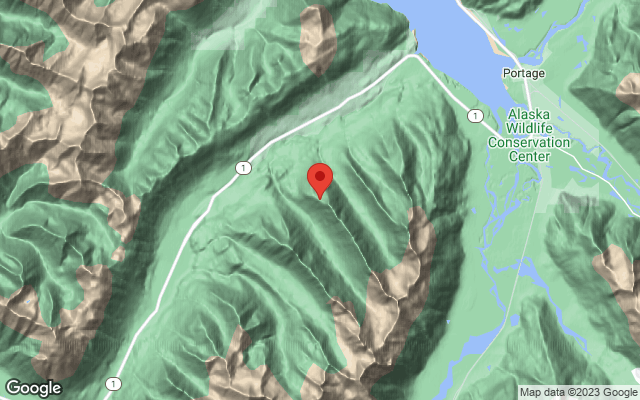