Noticed the rime crust all over the mountain, but it was more evident on the N
and W facing lines we skied where it was shallowly buried, as it seems the N-NW
facing bowl was getting windloaded.

Vis wasn’t great, but I didn’t notice any soft slabs that had pulled out on the
steeper rollovers as they sometimes do when they’re skied during/after snow and
blow.

However, when leaving at the end of the day I did notice a slab that pulled out
on a steeper, west facing rollover right above the alders (at ~1900′). It
looked to be natural but couldn’t tell from the distance we were at with the
poor vis. It was estimated to be ~2′ deep at the top of the crown and ~25′
wide. Couldn’t really see the runout due to poor vis, but I imagine it ran down
through the alders and was deposited below them where the slope mellows out
(which would suggest it ran for at least a few hundred feet). 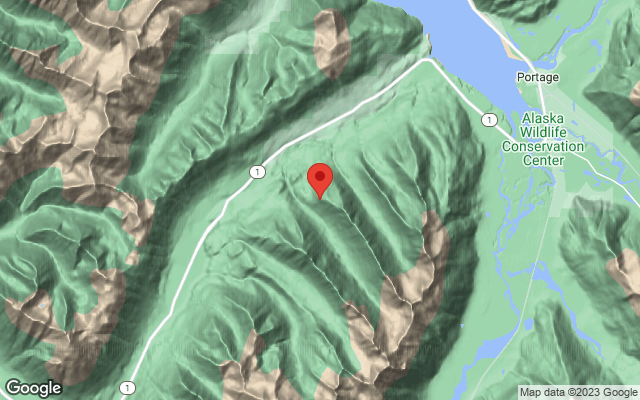