Toured up to the top of Eddies proper this afternoon. Broke through a stratus deck at around 1500ft and
noticed surface hoar growing on the snow surface above that. Winds were nearly calm and snow was very
light with no visible signs of instability. Dug a pit below the summit at 2700 ft on a SW facing aspect.
Dug down about 130cm, I estimated the total snow depth around 300cm, but could not hit the ground
with my probe. Snow was right side up with no weak layers, just new snow forming into rounds further
down. Stability tests showed some slight weakness in the old snow/newer snow interface but the grains
appear to be sintering together quite well. Only concern would be over the next couple of days as the
expected snow will be relatively warm and heavy and could overload the 2cm surface hoar seen on all
aspects above 1500ft. 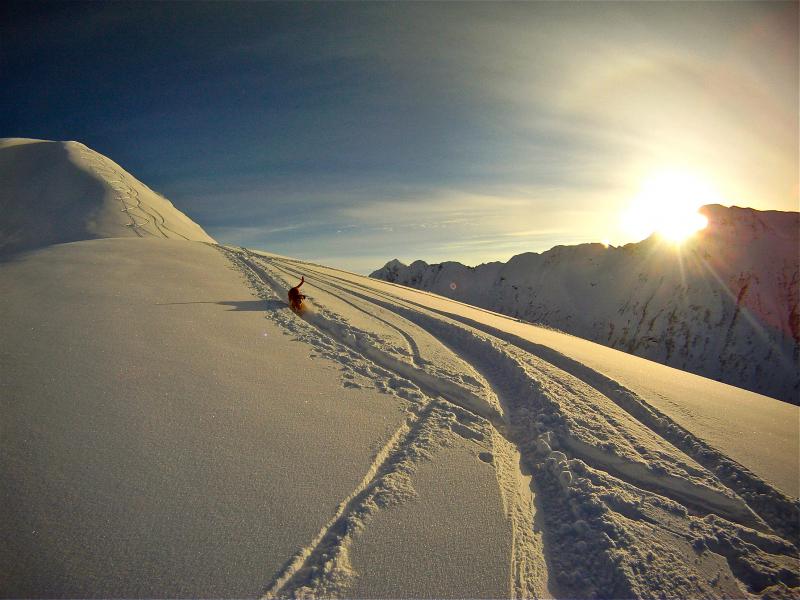 Looking up towards Eddies proper after we skied it 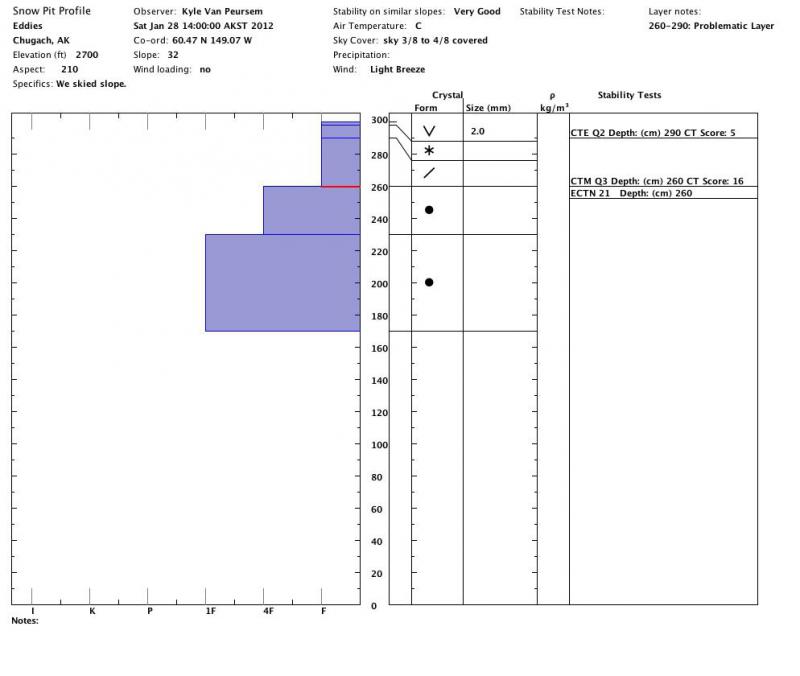 Partial snow profile dug on a SW facing slope at 2700ft, just below the summit 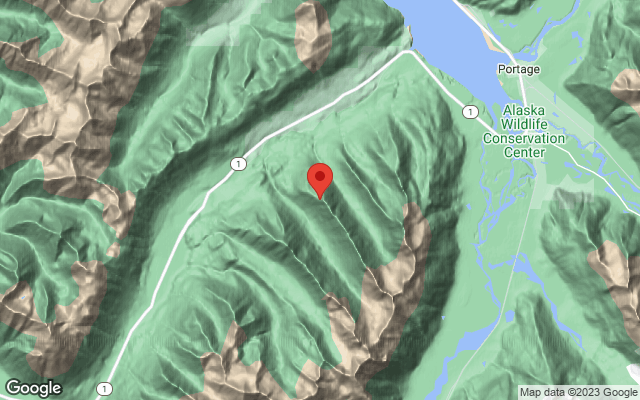