Eddie’s, southern aspect, pit at ~1300 ft (base of conifers, above the alder band), rain line is at
~1500 ft. We didn’t have any collapsing or shooting cracks all day.

The pit shows ~18 inches of old snow buried by ~4 ft since the Xmas storm.

The old (pre-xmas) snow has consolidated considerably, hardness varied from pencil to fist. The
old snow was wet enough to clump- totally different from the behavior at same elev/aspect one
week ago. The facets were coarse (2-3 mm) and well-defined at the base, fining (1-2mm) at the
top of the old snow. The couse facets show limited rounding, while the fine facets show
considerable rounding.

I couldn’t get the column to break at CT30, though this was on a ~20 degree slope so I wouldn’t
give the compression test much credence. When it did eventually fail it failed at/above the fist-
hardness (top) of the old snow. The failure was not planar or fast. Also I’d like to emphasize that the facet healing we saw on eddies was below the rain line- i bet it is different at higher elevations.

Forecaster Note:
The column tests indicating “stable” results are of limited relevance in a deep slab problem during an extended series of storms. The buried weak layer is now too deep to show frequent collapsing from the weight of a single person, but when it collapses will likely fail catastrophically.
The prevalence of frequent avalanche activity combined with another heavy snow/rain load is enough information for us to know with certainty that dangerous avalanche conditions will persist until the weather calms down. 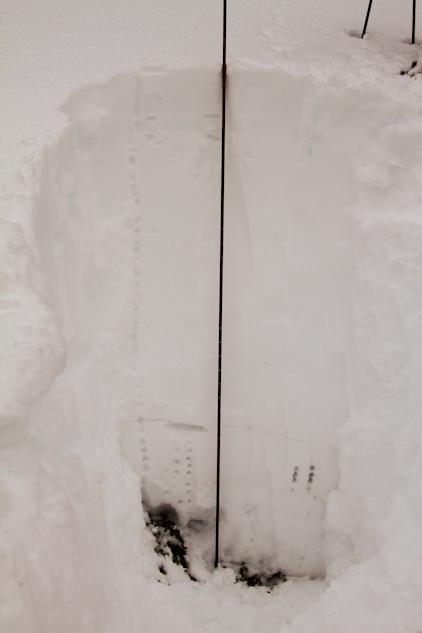 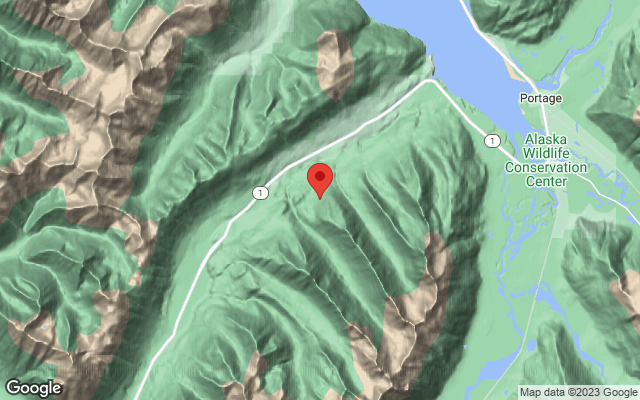