Route: Eddies, starting on the Iditarod Historic Trail and reaching ~2800’ on a NW aspect.

Weather: Low teens throughout the day, with just a few clouds. Calm at the parking lot, with light SW
winds gusting to 10-15 mph in unprotected areas. No snow transport was occurring today along our
route. At ~2800’ winds were generally from the SW, with an occasional shift to the NW during our 20
minutes at that high point.

Snowpack: ~3” at the trailhead, increasing to ~6” at tree line of fist hard, low-density snow. The wind has
affected the snowpack just above treeline, creating a harder layer of varying thickness, ranging from thin to
6” thick in places. Largest windslabs were found on Northwest and North aspects. Overall, the wind has
impacted the snowpack more on Eddies than it has on Tincan at similar elevations – this comparison based
on a Tincan tour the day prior.

Instability: Some small windslabs that could support the weight of a person – occasionally even without
skis – were found on isolated Northwest and North aspects. When a wind layer would fail, cracks wouldn’t
extend more than a foot or two from a skier. No whumphing was observed.

Final note: The creek ½ mile from the trailhead has yet to freeze, and it is flowing ~1 foot deep, so plan
accordingly if you want to go see for yourself how shallow the snowpack is at this point! 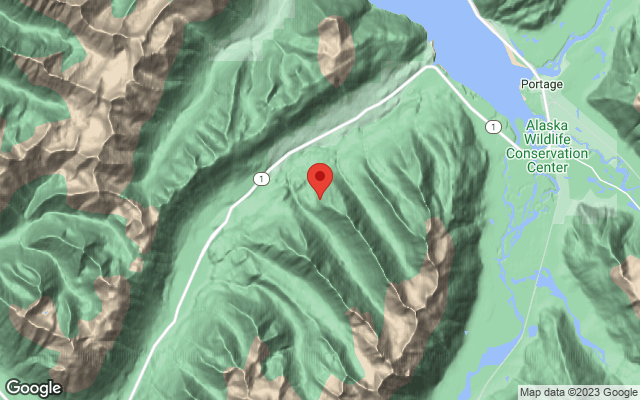