Route: Followed trail from Lower Eddies lot to the base, then up to the consistent snow line at 1600′.
Two laps from there to 2500′ on a generally northern aspect.

Weather: Overcast, with the ceiling lowering to the mountain peaks by midday. Temperatures ranged
from mid-30s to mid-40s, colder up high. Winds were light and generally from the north except for at
ridgelines, where an eastern wind would occasionally win out. One pulse (~10 minutes) of heavy snow
occurred at 2 PM, brought by an east wind. Light rain settled in during the late afternoon.

Snowpack: Northern aspects started to have patches of snow at 1400′ – these were easy to link up
above 1600′. Melt forms – moist, but occasionally trending wet at the surface – were throughout the
entire snowpack, with a 3-4cm four finger top layer residing on a relatively uniform, 1 finger to pencil
hard snowpack. A quick pit at 2500′ showed some remnants of crusts from the winter, but clearly
water is flowing freely through the snowpack.

Ski penetration was a consistent 3-4cm, with boot penetration of 8cm. It skied a little sticky.

Snow depth at 2500′ ranged from nothing to 120cm on a previously wind loaded NW aspect. 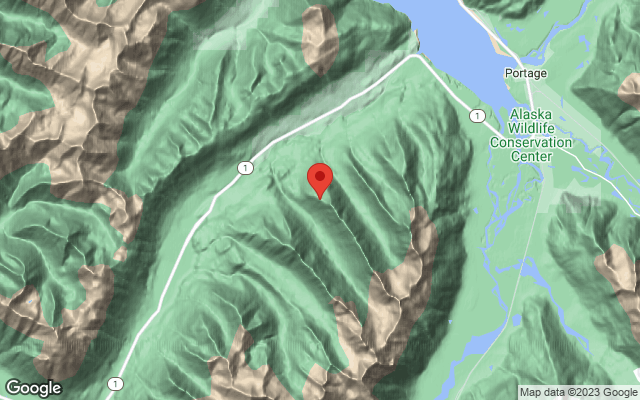