High 20’s to lower 30’s, with light snow (generally less than 1cm/hour) throughout the day, turning to
mixed snow and rain down at the trailhead at 3:45 PM. Overcast or obscured clouds limited the ability to
see nearby mountains. Winds were calm, except the occasional light gust generally from the east near
the top of the route.

~2-3 feet deep along the skin track, though spatial variability is great in exposed areas. Generally in
protected areas above 1000′, 1-2′ of fist to four finger hardness snow is sitting on a 1-3 cm pencil hard
crust, over 9-12″ of fist hard facets.

Collapsing/whoomphing along the entire route, but more pronounced at higher elevations than in the
trees down low – the reverse of what was observed last weekend. Areas collapsing seemed large near
the top of the route, with the entire tops of rollovers settling all at once from the weight of a skier.

Cracking was observed with collapsing once at 1700′ – a 30′ long crack broke 10′ above me on a ~20
degree slope, just off the skin track on a NW aspect (a picture is attached). Near this location, a quick
pit on a 28 degree, NW facing slope found 57cm of fist to 4 finger hardness snow over a 3cm pencil
hard melt freeze crust over 30cm of fist hard facets. A compression test failed under easy pressure –
with 7 taps from the wrist – in a sudden collapse on that crust layer, 57 cm down. An extended column
test propagated – also in a sudden collapse on the crust layer – under medium pressure, the second tap
from the elbow. Some ~2mm surface hoar crystals were seen at the failure interface.

Otherwise, no recent avalanche activity observed, with the caveat that weather conditions and flat light
made it difficult to observe much. 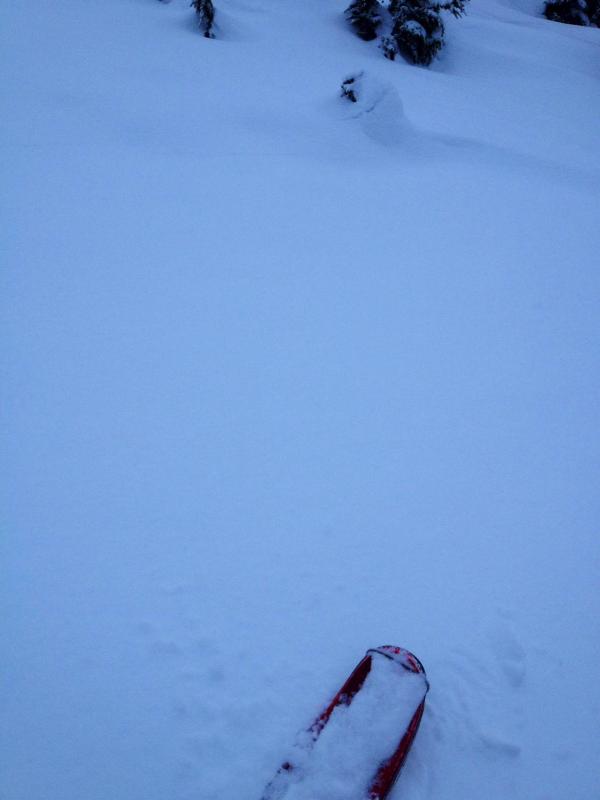 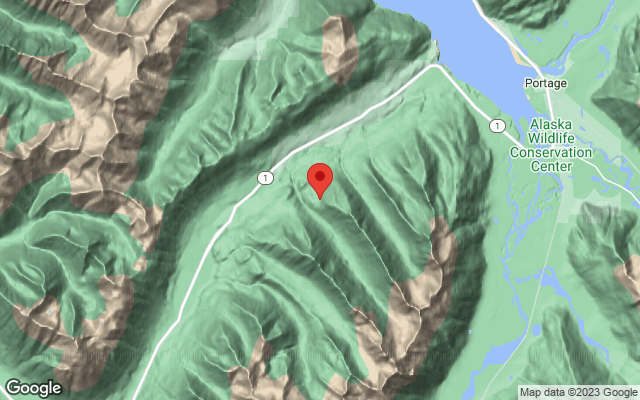