Eddies via lower lot, up the usual skin track on a NW aspect, then skiing down generally along the skin
track.

Temperatures in the high 20’s to lower 30’s all day, calm except for a 5-10 mph West wind near 2000′.
Overcast with a low ceiling in the morning, with the ceiling rising above neighboring peaks around 2 PM.
Snowfall of less than 1cm per hour, accumulating ~1″ during the day.

Below 1200′ the top foot of the snowpack is moist. At the parking lot a 1cm melt freeze crust is present
under an inch of snow; this crust shrunk and disappeared altogether at 1200′. Also at 1200,’ the top
foot of the snow pack went from moist to dry.

Collapsing – YES. Like yesterday, a quick venture off the skin track caused whumphing, particularly
above 1200′.

Cracking – YES, observed on several occasions along the route, the longest cracks described below with
the snow pit.

Recent Avalanche Activity – YES, see photo below. Word of mouth was that a party remote triggered the
slide from the flat ridge below. Estimated ~40′ across, running 300′ down slope on a West aspect
near 2600′. Someone who made it closer said the slab was ~1.5′ deep.

Snowpit Results: Dug a complete pit at 1700′, near yesterday’s quick pit, with the results below. Once
the pit was dug but before any stability tests were conducted, the entire rollover collapsed spontaneously,
with an 8 foot crack forming 10 feet up slope. An attached photo indicates the crack location with a
paintbrush. This occurred as I was staring at the pit wall, and it appeared that the collapse occurred
in the facets 24cm above the ground. 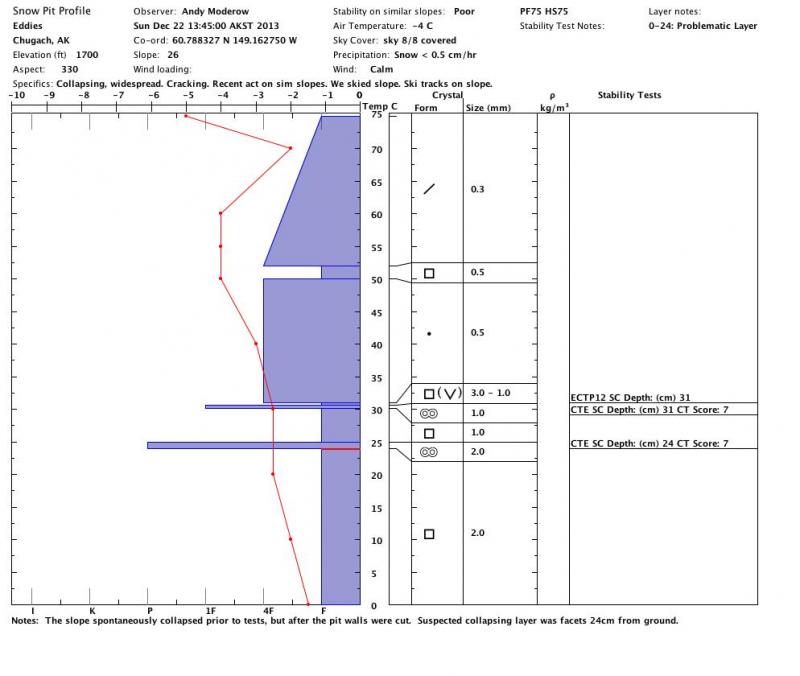 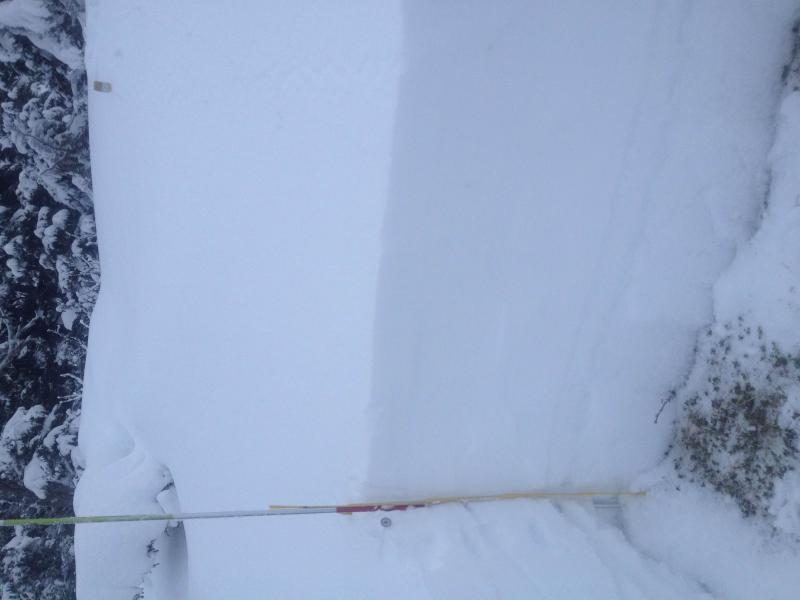 Pit location - note the paintbrush in the upper right frame; when the slope collapsed, an 8' crack appeared at that paintbrush. 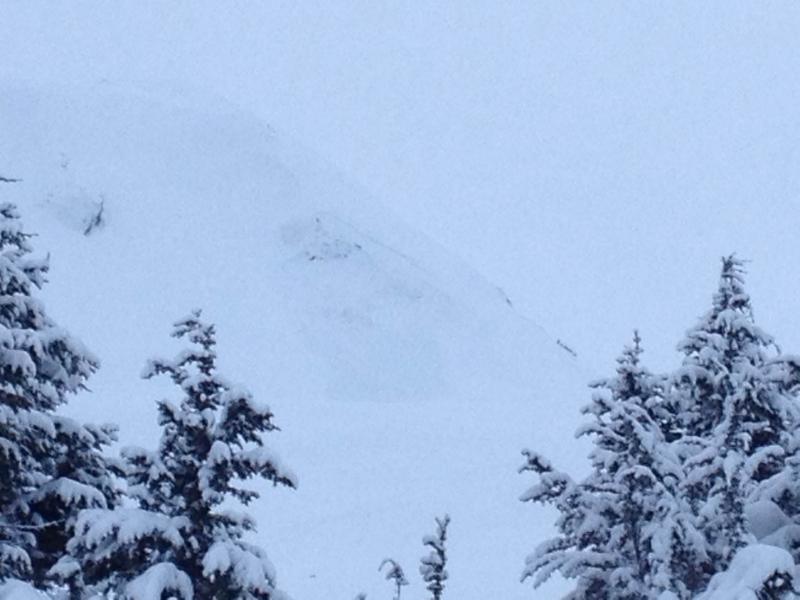 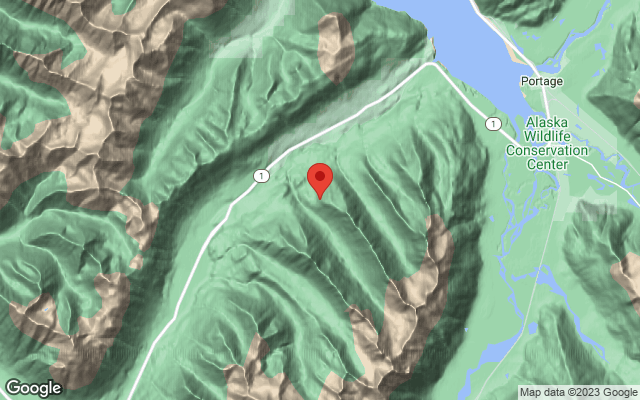