We hiked up to about 2500′ on Eddie’s to take a look at our problem layers, and found the same poor structure that we’ve been finding throughout our advisory area. Specifically, there is a layer of buried surface hoar in the upper 12″ of the snowpack and a layer of facets buried 3-6′ deep on average near the Thanksgiving crust. We triggered small avalanches on the surface hoar layer on test slopes, and kept our slope angles low.

We triggered an avalanche 6-18" deep and 50' wide on a small test slope at about 2000'. The avalanche failed on the layer of buried surface hoar that we noted in the snowpit. We saw similar activity on other similar terrain features as we were skiing down.

Cloudy with light easterly winds. Surprising little wind along the ridgeline. Temperatures were warm, with snow melting off the trees as we walked through the forest. It looked like the rain had made it up to about 800' elevation.

There was 4-6" soft snow on the surface, sitting on top of a layer of surface hoar, which was on top of a firmer surface.

We dug a pit on a SW aspect at 2500' elevation. We found the same poor structure that we've seen throughout the advisory area, with a layer of facets near the Thanksgiving crust (3-6' deep on average, 5' deep in our pit) and a layer of buried surface hoar that was 4-6" deep in our pit. We got ECTN results on the surface hoar layer, and an ECTP with a solid boot slam after we finished the standard 30 taps with no result. That showed us the TG facet layer could propagate, but it would take a lot of force in an area where it was buried so deep. About 100 yards to the west of our pit, on a very similar terrain feature, we could see rocks and twigs poking out of the snowpack. That would be a likely location to trigger the TG crust/facet layer, and with the current setup, that fracture could easily propagate across the slope into areas where the slab is much thicker. 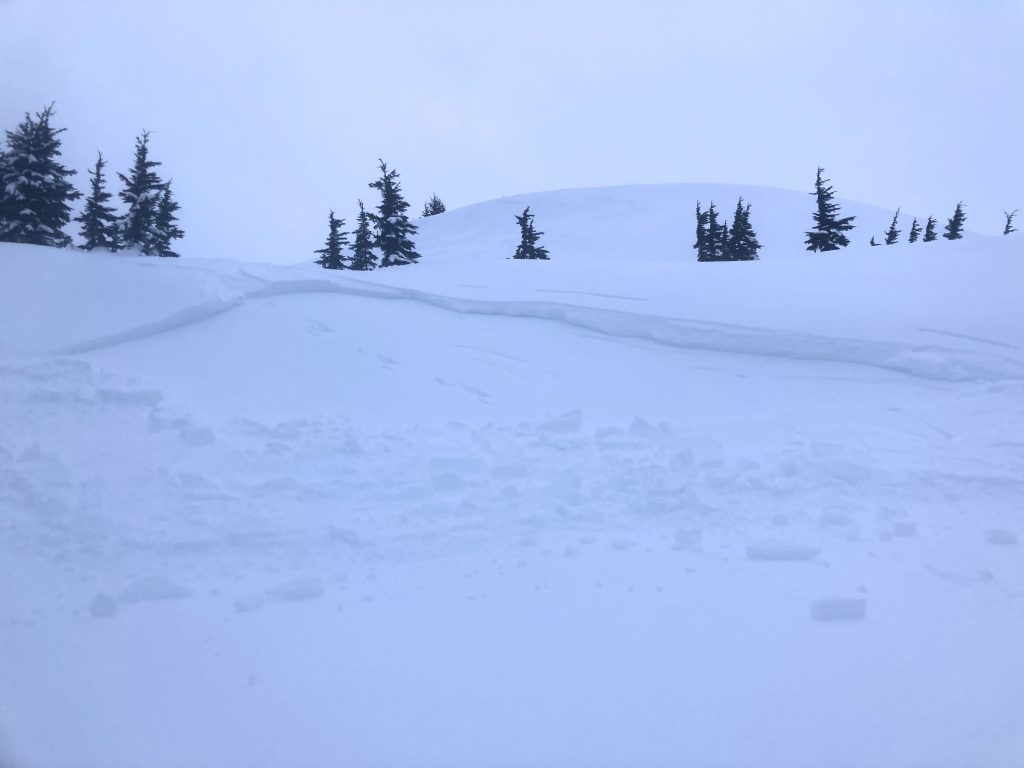 Small avalanche I triggered with a ski cut on a test slope. 6-18" deep, 50' wide. The slope was previously wind loaded and the avalanche failed on a layer of buried surface hoar. 01.15.2023 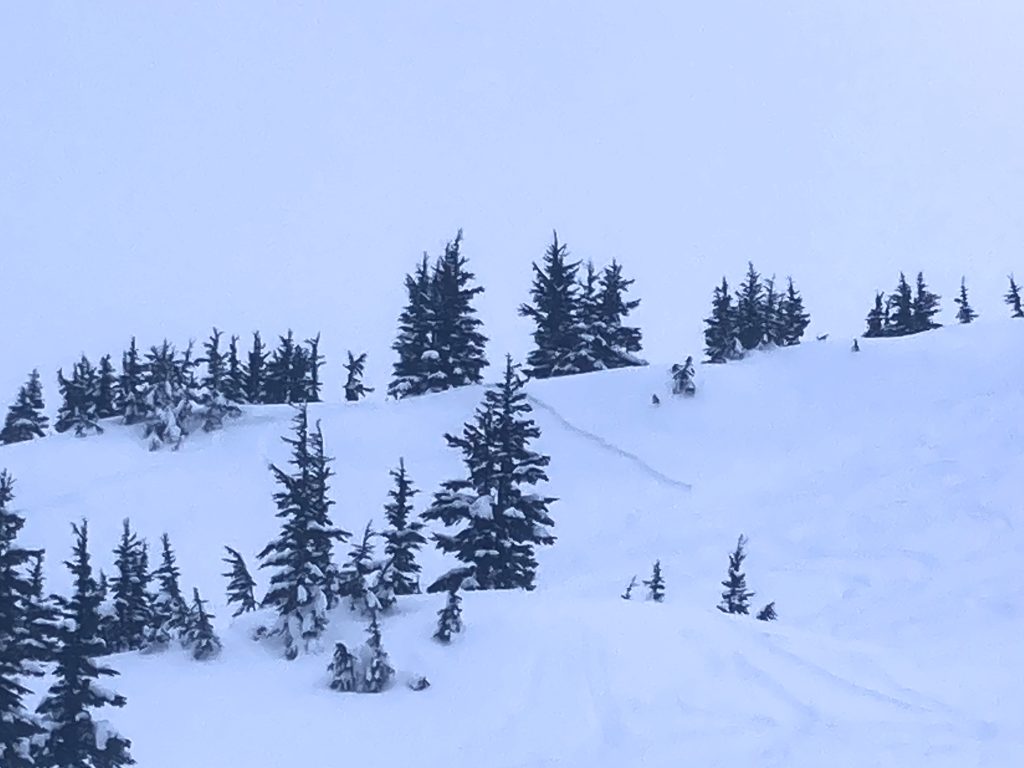 Another small avalanche on a similar feature to the other photo. This one was also most likely skier-triggered, but we didn't see it happen. There were ski tracks everywhere around it. 01.15.2023 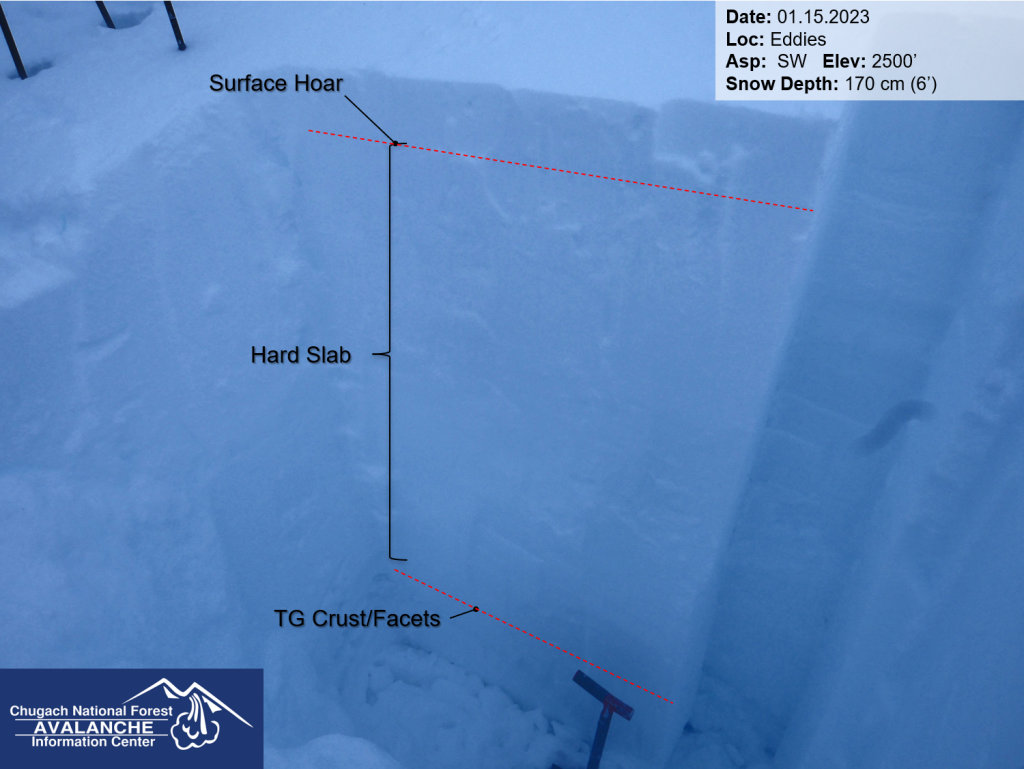 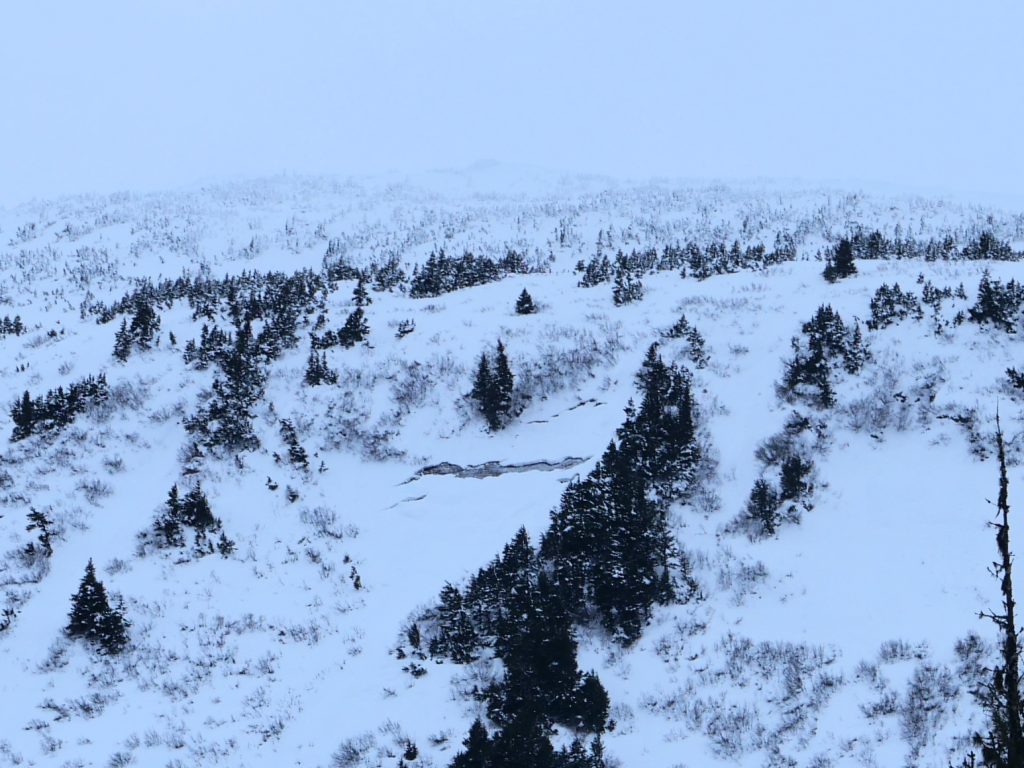 Fresh glide crack on the front side of Seattle Ridge, below the Little Sweeden area. 01.15.2023 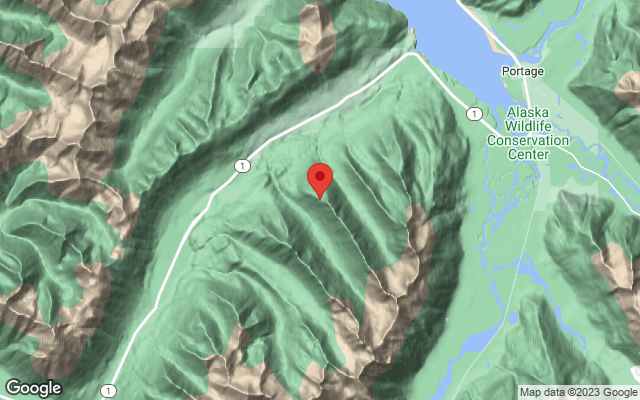