Toured up eddies today(1-7). surface snow started out quite saturated down low,
becoming a breakable crust(1/8″ thick”) around 1400′, until 2100′ where no crust
had developed, and skied quite well above that.

saw no new avalanching
no cracking besides minor (6″ long) cracks in the most recent storm snow
whoomphing: none until we got on the upper ridge leading to the final summit
push, where we heard one whomph about 10 meters in diameter on a thin spot on
the ridge. ( did not continue beyond the ridge, skied back down through the
trees)

dug one pit at 2400 feet just before gaining the final ridge before the summit
push, did an ECT:

35 degree slope
snowpack 102cm deep
all the snow above the dec. drizzle crust seemed to be bonded together quite
well. (got a collapse but no propagation in the most recent storm snow 6″ down)
slowly increasing density from F to 4F to 1F on top of crust.
the problem was as expected the layer of facets below the dec driz. crust( crust
was 13 cm above the ground). the crust itself seems to be bonding with the slab
above it. (and also degrading although still quite obviously a crust)

result were ECTP 27. slab didn’t completely slide off the column, but it did
propagate across entire column suddenly and jumped out about 2 or 3″( collapse
occured in facets below dec driz crust).

facets below dec drizzle crust appeared to be rounding a bit (about 2mm grains)
with a few bonds forming between grains. still a very weak layer(F hardness).
on the plus side the facets at this elevation (2400′) had a very high moisture
content. took very little pressure to form a snowball. hopefully starting to
heal?

as has been said for the past few days: i feel it is going to be difficult to
touch that layer where the snow pack is thick, but hit the right trigger point
in a thinner spot, and large full depth avalanches are very possible from what i
saw today.

Forecaster note: The second paragraph of this observation is a great example of an obvious ‘red flag’ pointing toward an unstable snowpack. This party recognized the information the snowpack gave them and changed their travel plans accordingly. We have received several other reports of similar behavior from backcountry travelers this season! 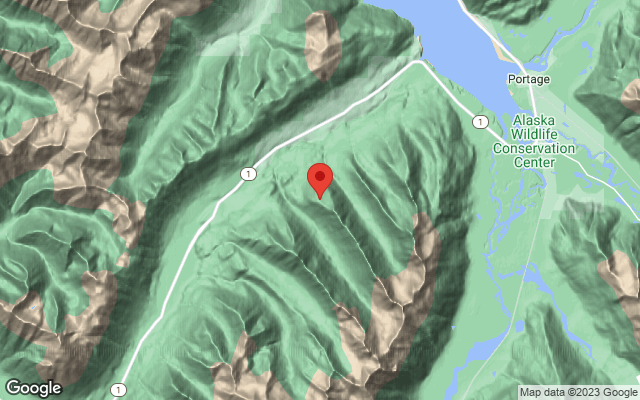