Several recent glide debris piles could also be seen up this valley on a SW aspect of Eddies.

Small chunks of cornice had recently (past few days?) fallen from larger cornices over the Eddies headwall. On the cornice sizing scale, these chunks were about the size of a little tykes cozy coupe. The bulk of the cornice remained intact and above the slope. Similar activity could be seen during patches of light over on Wolverine.

Broken to overcast skies, starting to lighten up a little when we left at 4 PM.
Occasional light winds from the south or north above 2000'
WARM. 40s at the car, and probably right around 30 at our high point (2500')

In the trees, the trail - where it had been packed down - was firm, but off trail a few inches of wet large melt freeze grains sat on a supportable crust.

There was no noticeable surface difference by aspect on northerly to southwest facing features we travelled on, and only elevation seemed to produce variation here... though a breakable crust could be felt ~3" down on small SW features while descending. No real sun on slopes until we started leaving at 4 PM.

Recent winds didn't produce any slabs on our route, though the trace of new snow plus winds did partly fill in old tracks. That said, old tracks were still visible on Eddies headwall, and at places which often see substantial winds just at treeline. 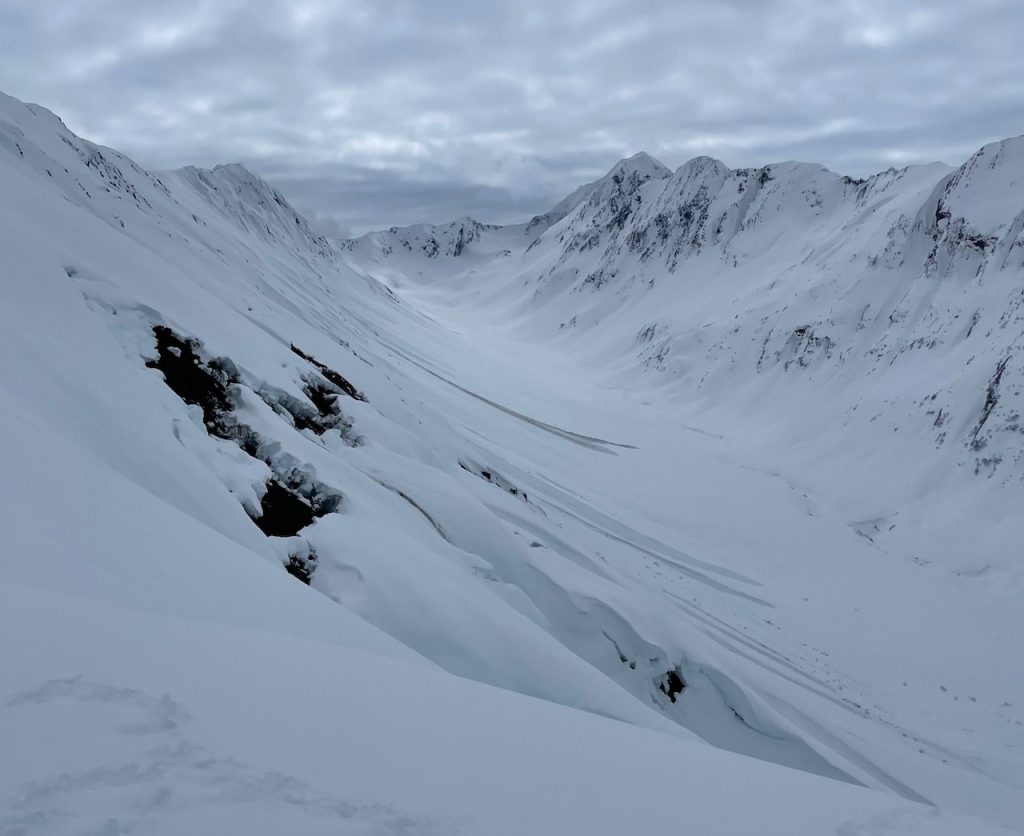 Glide debris on Eddies, SW aspect, looking up the creek between Eddies and Tincan. 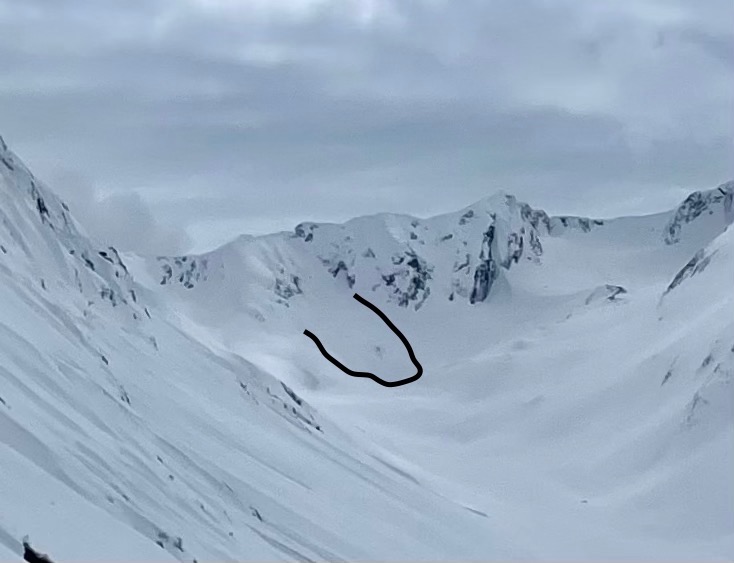 A debris pile below what appeared to be a cornice fall at the head of the valley is outlined in black. 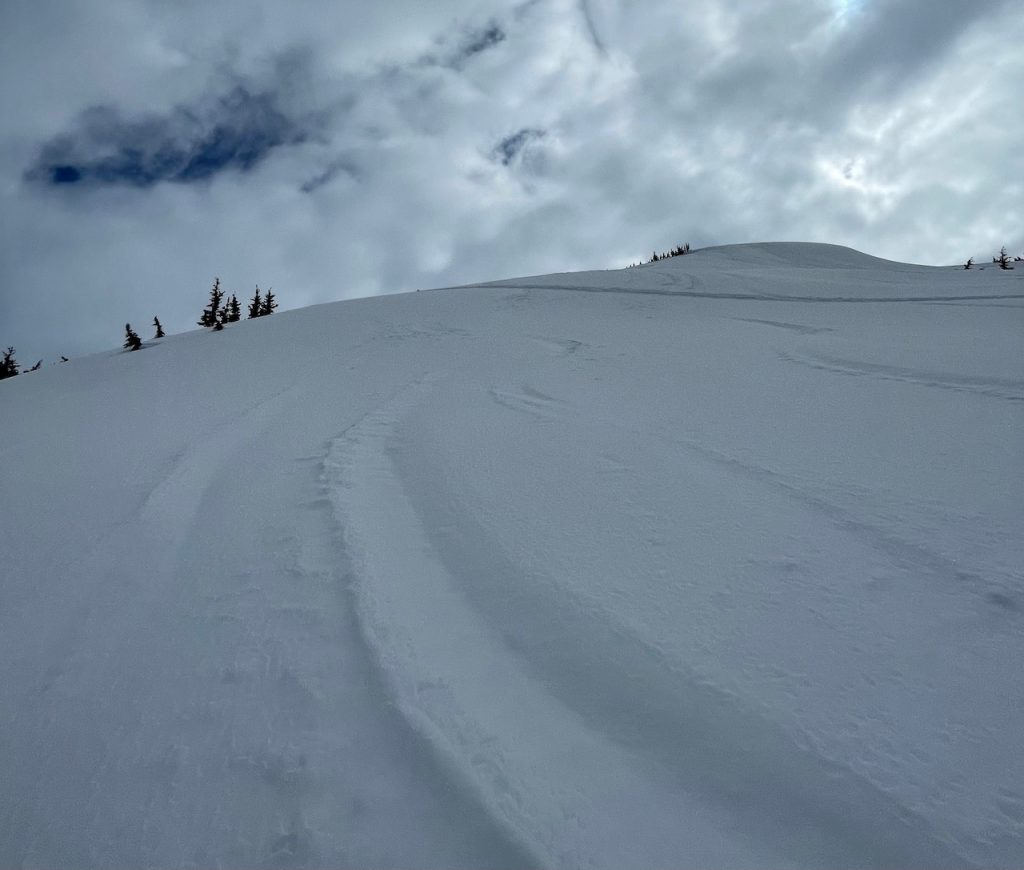 A trace of recent new snow plus winds partly filled in tracks in often windy locations, as pictured here. 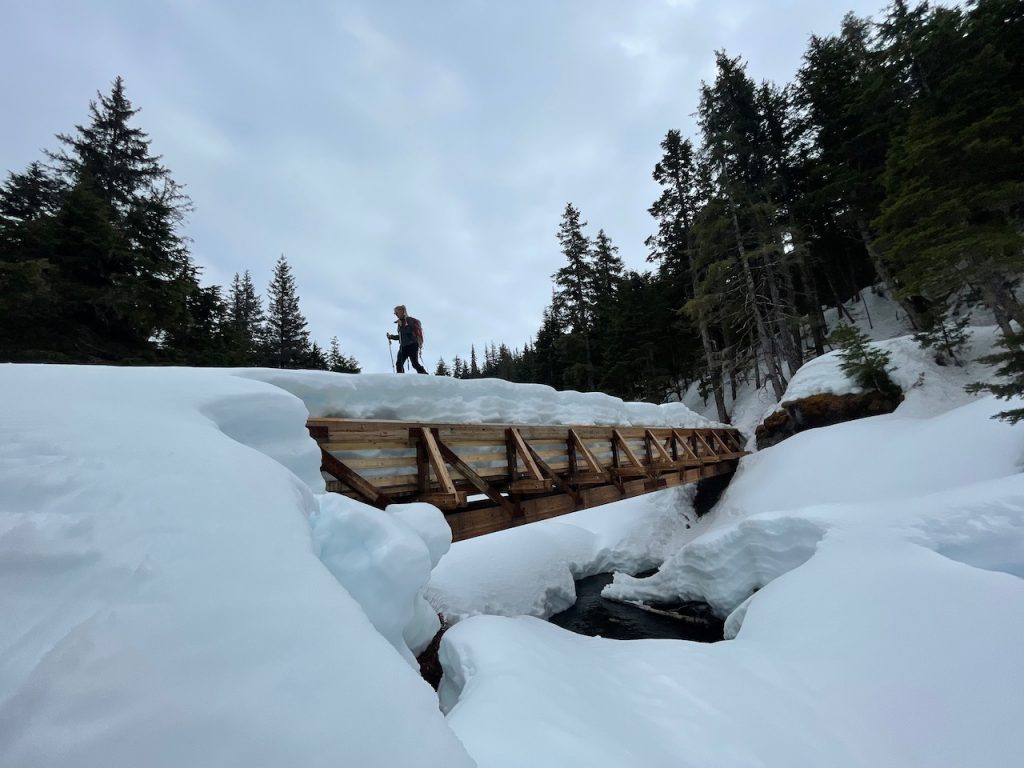 A season of snow on the new Eddies bridge! 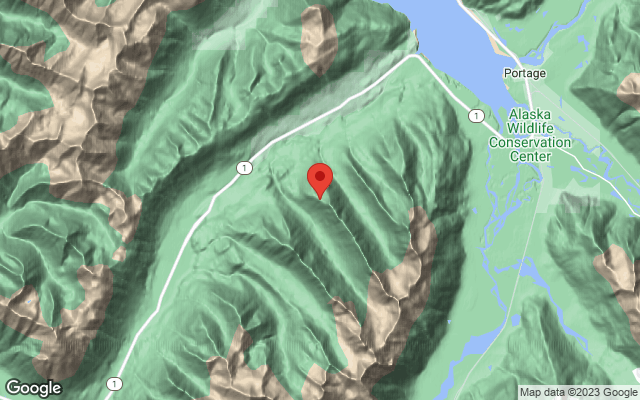