Eddies to 2300 via standard up-track

See below for a photo of the Tincan Proper slab avalanche that occurred around noon today (as seen from Eddies).

In addition to the large slab on Tincan Proper, small natural loose snow avalanches were present on Seattle Ridge steep slopes directly across from Eddies (see photo below).

Intense snow transport seen across the arm in the Peterson Creek drainage (photo below) midmorning, lessening some by midafternoon. Moderate to Intense transport observed on neighboring peaks around Eddies, including Seattle Ridge, Wolverine, and moments on Tincan Proper midday through afternoon. Winds were transporting snow well below treeline on Seattle Ridge and Sharks Fin as well.

Broken skies going overcast, and eventually obscured at ridgelines by late afternoon.
Warming trend - started the day in the 20s, but 35f at the car when we departed at 4:30PM.
Surprisingly we only had light winds, varying from the NE to S, throughout the day...
... but this was an outlier judging from snow transport seen on neighboring areas, even at similar low elevations.

See pit/test results below from 2100'... the structure was similar to that observed in the Turnagain and Girdwood area earlier in the week, with compression tests failing both above and below the New Years Crust, but only on 20+ taps.

While we didn't find buried surface hoar at the new/old interface in the pit, it was a barely visible layer at the top of the alders (1200'). Like with the pit result, it failed in a shovel tilt test only with hard taps. 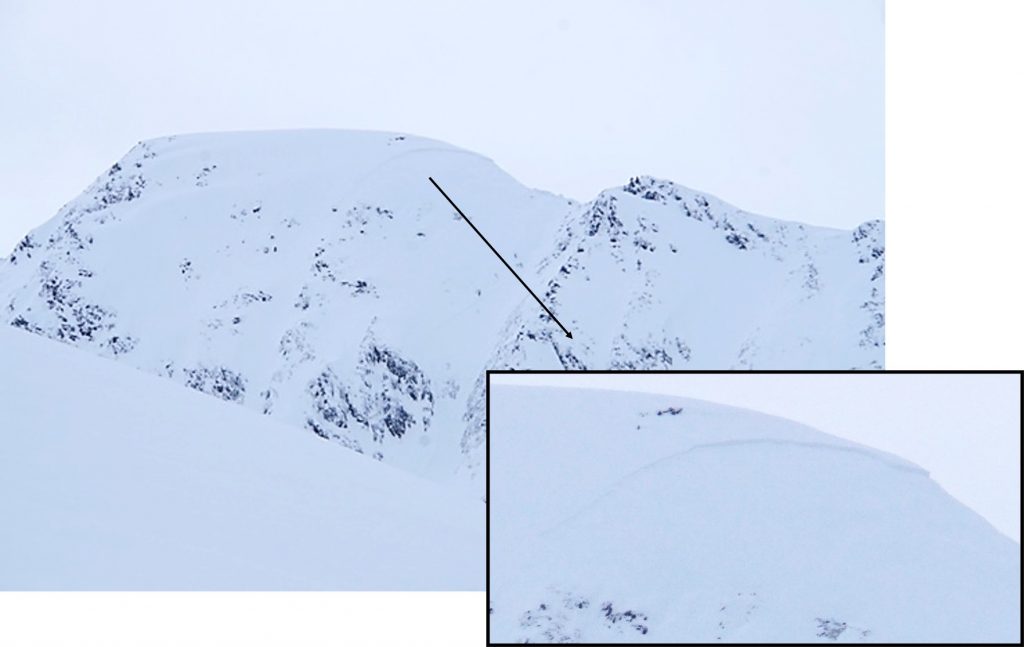 View of the crown as seen from Eddie's shortly after the avalanche occurred. 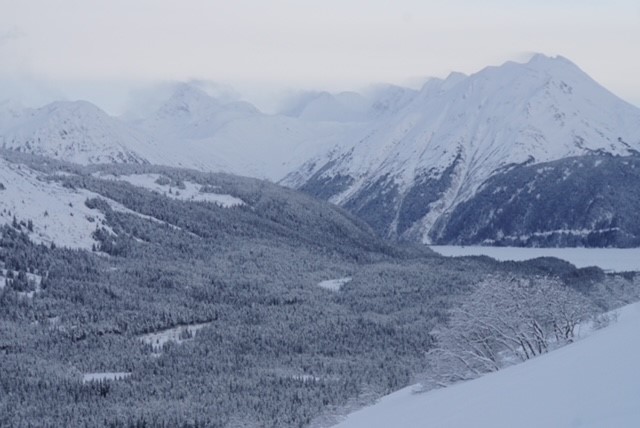 Moments of Intense snow transport on peaks surrounding Peterson Creek. These plumes appeared larger than transport from Wolverine, Tincan, and other northern Turnagain Pass peaks... but snow transport was ongoing throughout the day in the region, particularly on Seattle Ridge. 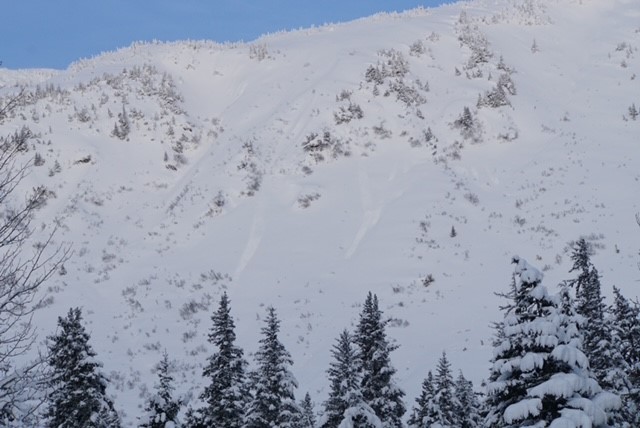 Small natural dry loose avalanches on Seattle Ridge, from the past 24 hours. 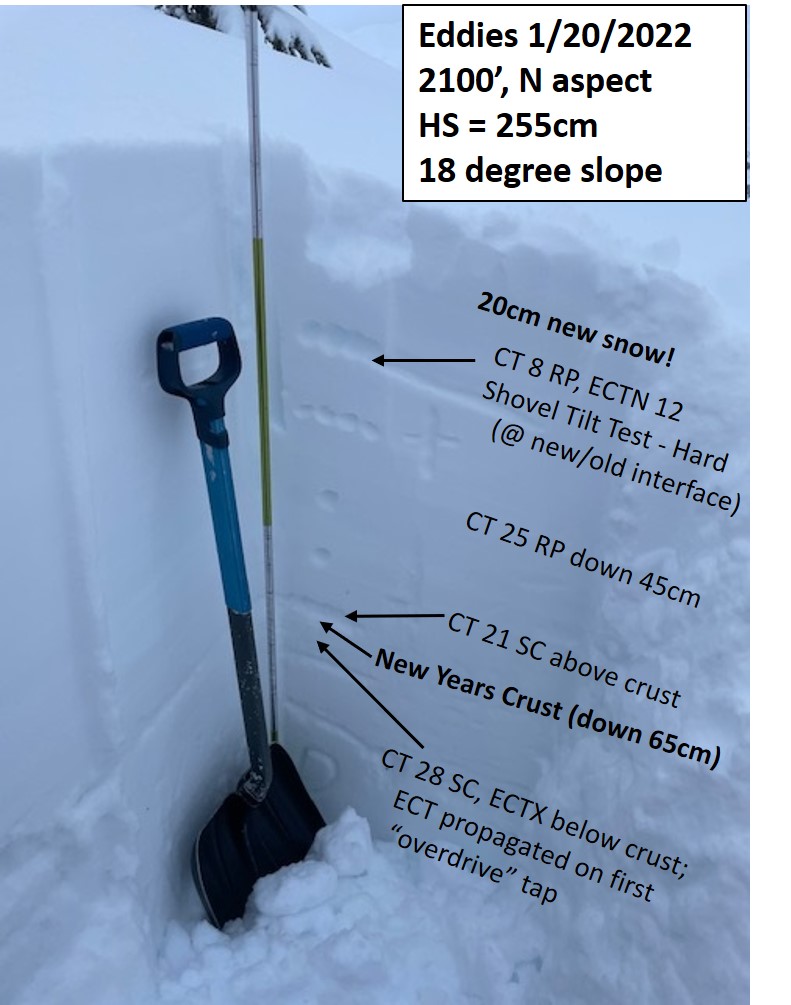 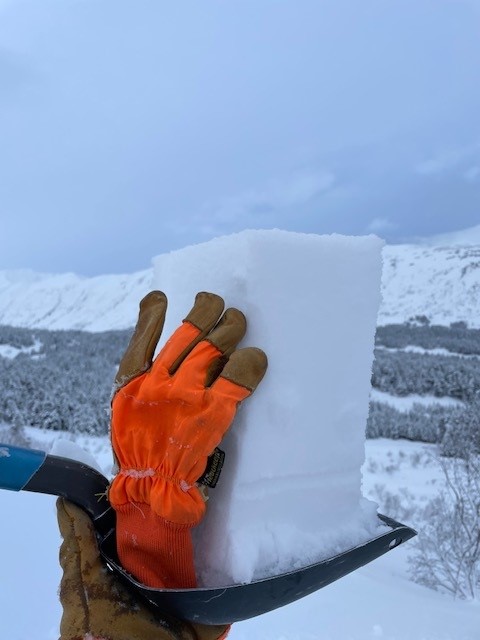 8" of new snow from yesterday! The new/old interface is marked by a line, where buried surface hoar was also barely visible at 1200' (alderline) 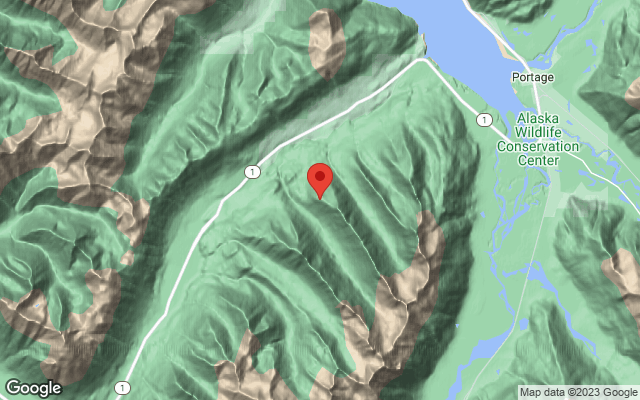