No new slides today that we observed, but recent avalanche activity on Eddies and Sunnyside - as others have reported - is quite impressive!

Additionally, a small loose snow avalanche from Sharks Fin ridgeline released mid-storm on a steep SW aspect, and as it slid down the slope it triggered a small slab that looks to be similar to the other recent slides (~2' deep) in depth was triggered. This looked to be a D1.

Across Turnagain arm, a mid-elevation slab occurred in day(s) prior running into Peterson Creek (see photo below)

And finally, a dark glide crack was also seen on a steep face behind Penguin Ridge, that looks to be rather fresh given two weeks of snow... (see photo below)

The trend of BRRR at the car continued, with temps just below zero at the start and finish of the day. Few clouds, and felt above zero on the ridgeline with occasional NE light winds up high.

Surface hoar has formed on any non-treed areas of the route, from the trailhead to ridgeline, ranging in size from 3-6mm. It sat on soft snow along the entire route, with ski penetration 6-10" except a few spots above 2500' where there was just 2-3" of soft snow from the past week.

Dug several times along the route to see how surface hoar/facet layer cake is baking...

Pit #1: 2600', West aspect, 25 degree slope, Height of Snow (HS)=310cm. This pit was dug ~100 yards downhill of the upper debris pile from Thursday's slide, and ~50 yards from the edge of where runout continued down to the valley floor. Test results are below. 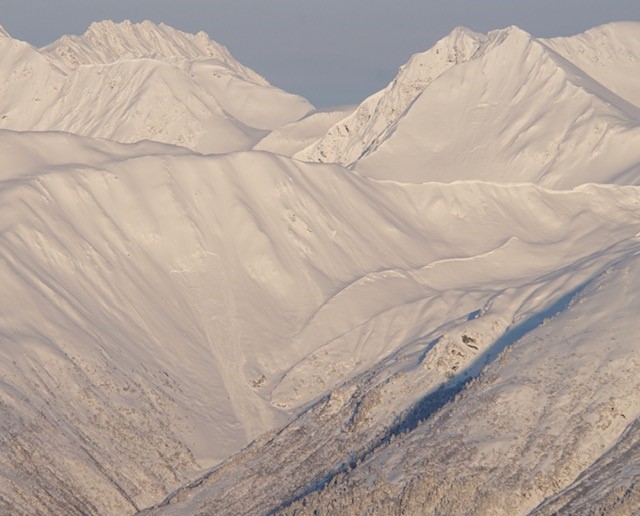 Recent slab from prior day(s) going into Peterson Creek 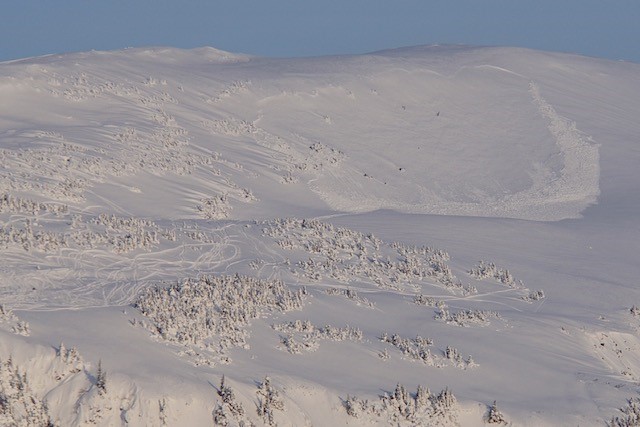 Previously reported slab on the far north end of Sunnyside 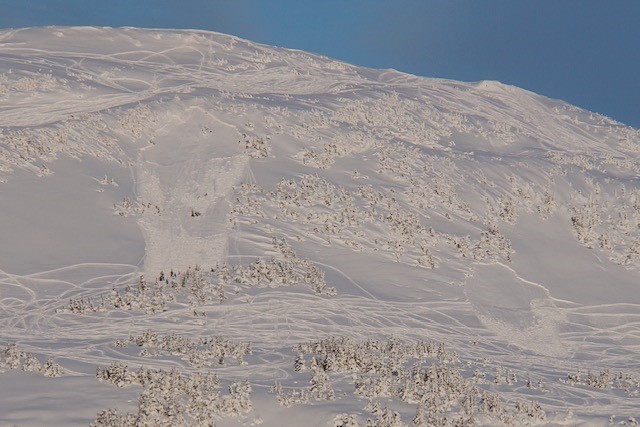 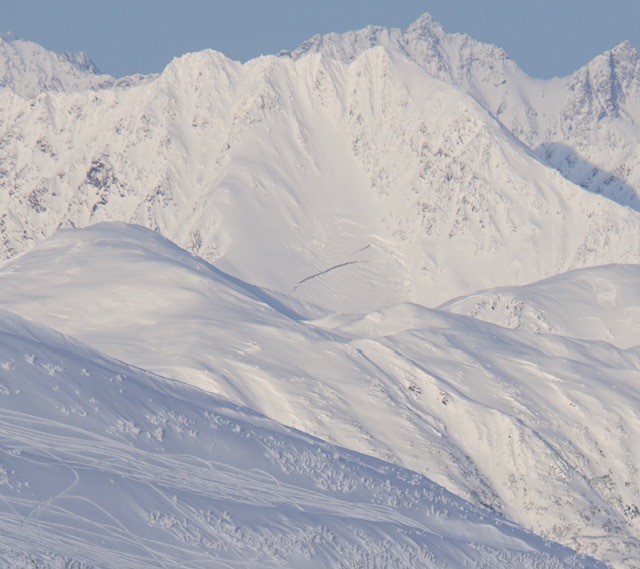 A rather brown glide crack... maybe on the move? ... across Turnagain arm and behind Penguin Ridge 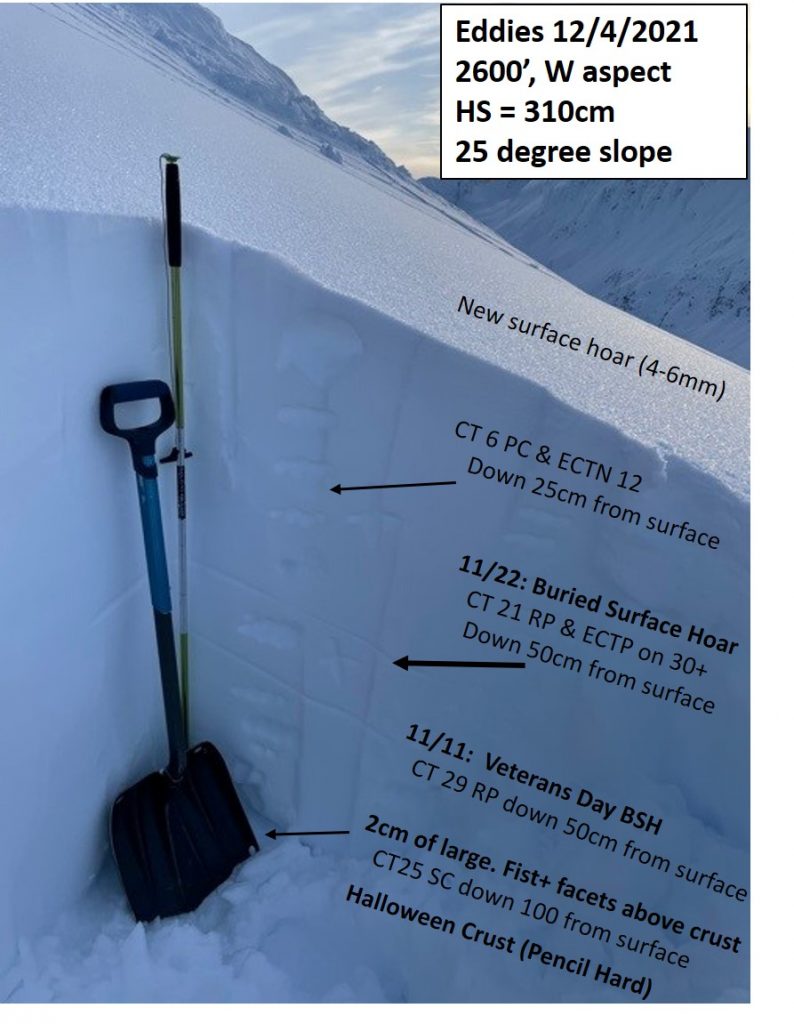 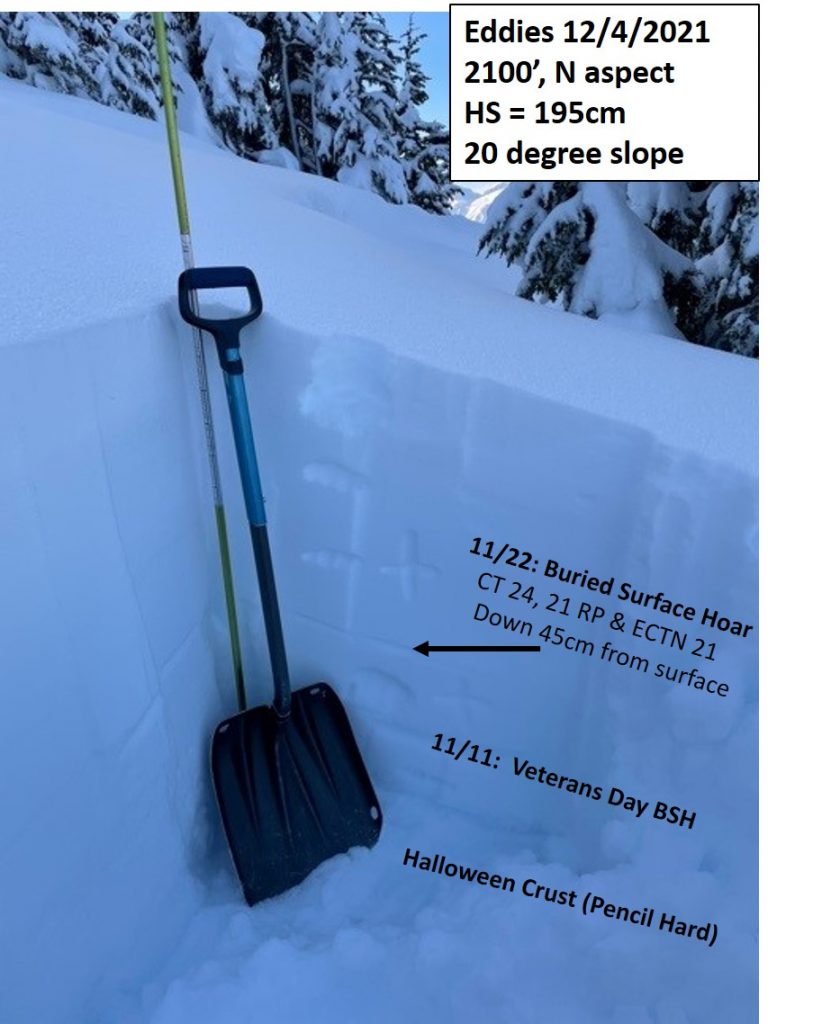 Pit #2 in a protected, representative location 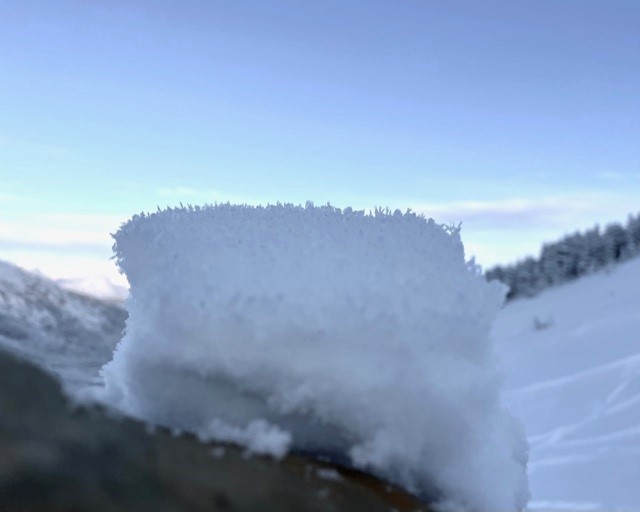 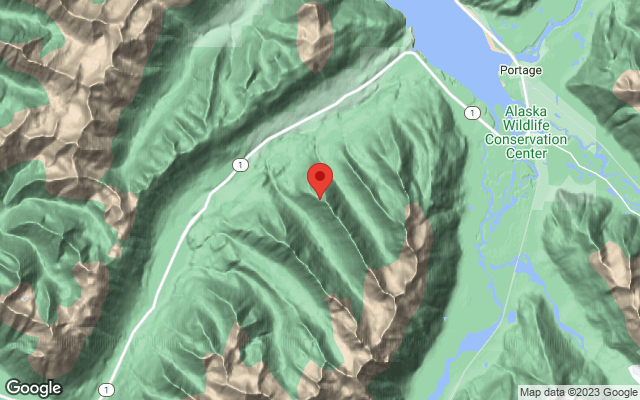