The first time I skied Eddies was with Sean McManamy and Caitlin Hague during my first season in Alaska. I thought about Sean today, my respect for him as a snow professional and the overwhelming loss to the Girdwood and mountain community. -AJB

Warm day
There were a couple of new small wet loose avalanches observed on Seattle Ridge
Glide cracks look like they are on the move. One very small glide release observed.

Started out overcast then snowed briefly (very light) and then became mostly sunny and then trended towards overcast.
Calm
Temperatures in high 20°Fs to mid 30°Fs

3-4" of new snow
Started to become moist on southerly slopes and on descent around 800' on low angle westerly. Sticky snow on the way out. Meadow snow that was dry on the way in was moist on the way out. Tomorrow will be crusty....

Hand pits along the ski track showed the new snow over a very thin melt-freeze crust to around 1000' on all aspects. New snow was soft and not slabby on the way in but became moist and cohesive later in the day, In wind exposed terrain there is a wind crust/slab layer below the new snow that is resting on small facets. Hand pits failed with moderate force on this interface. 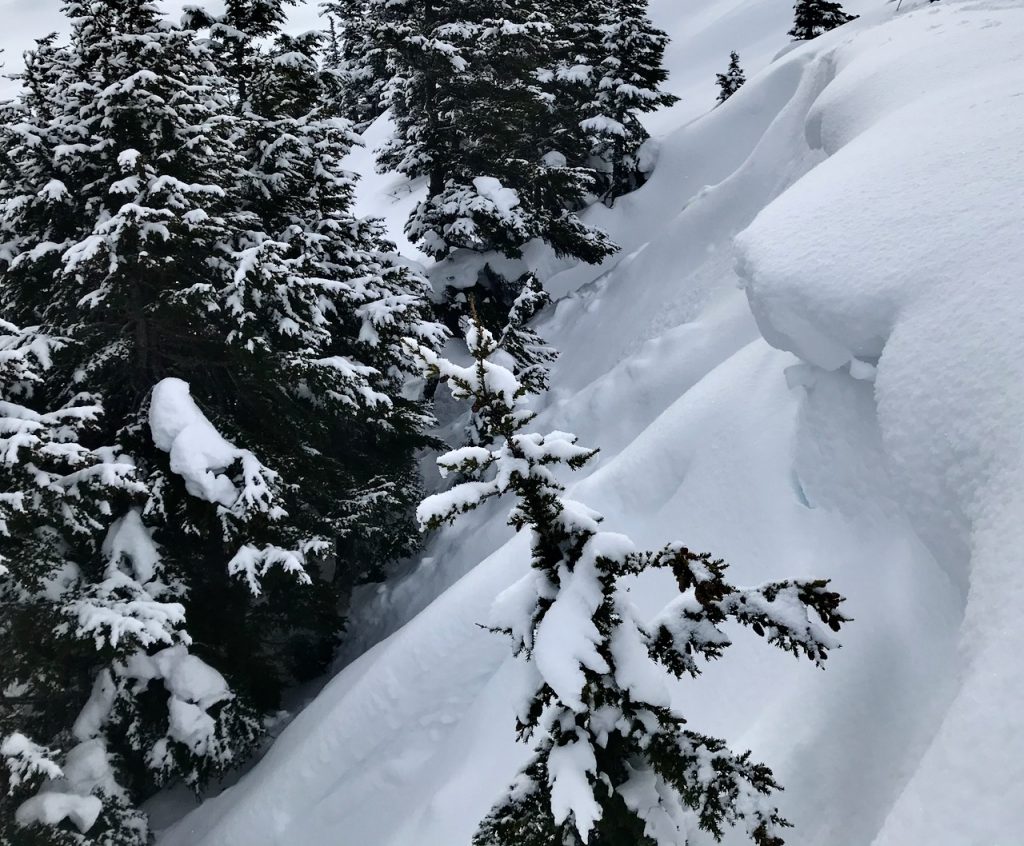 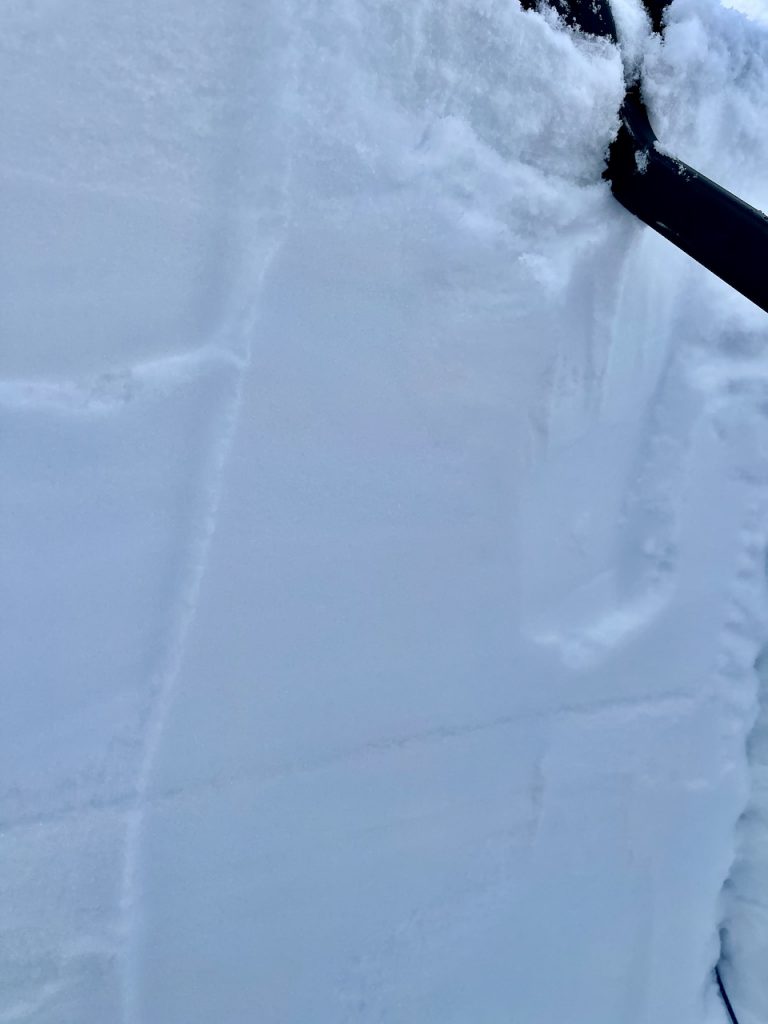 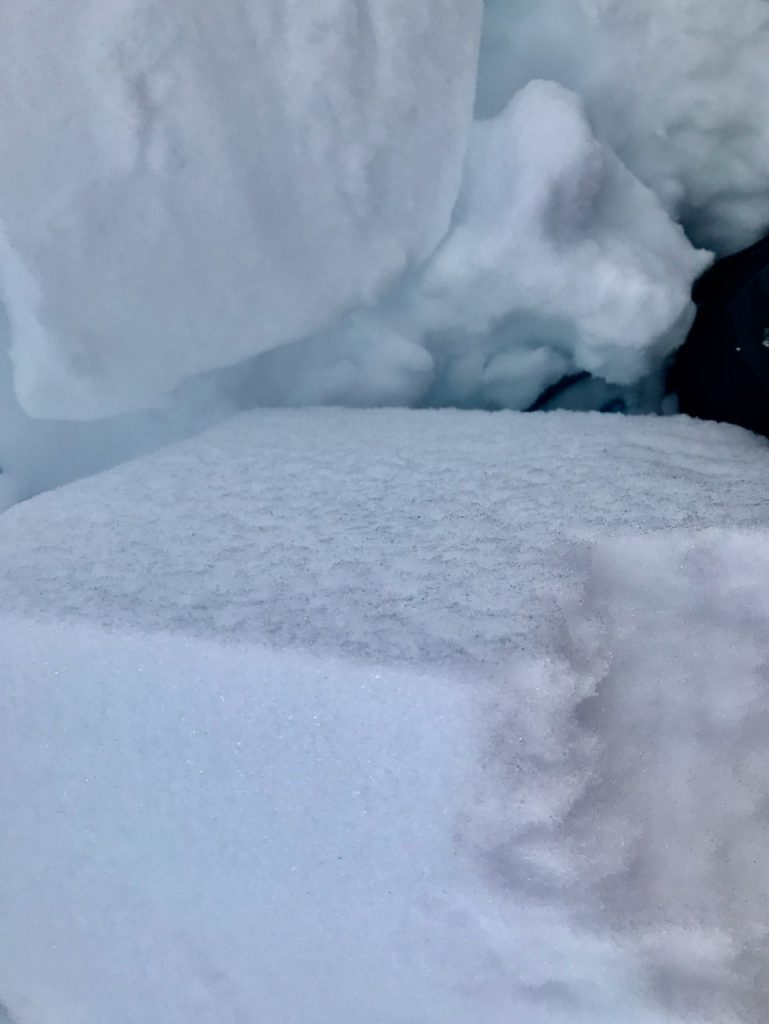 Surface hoar laid over on bottom of column test 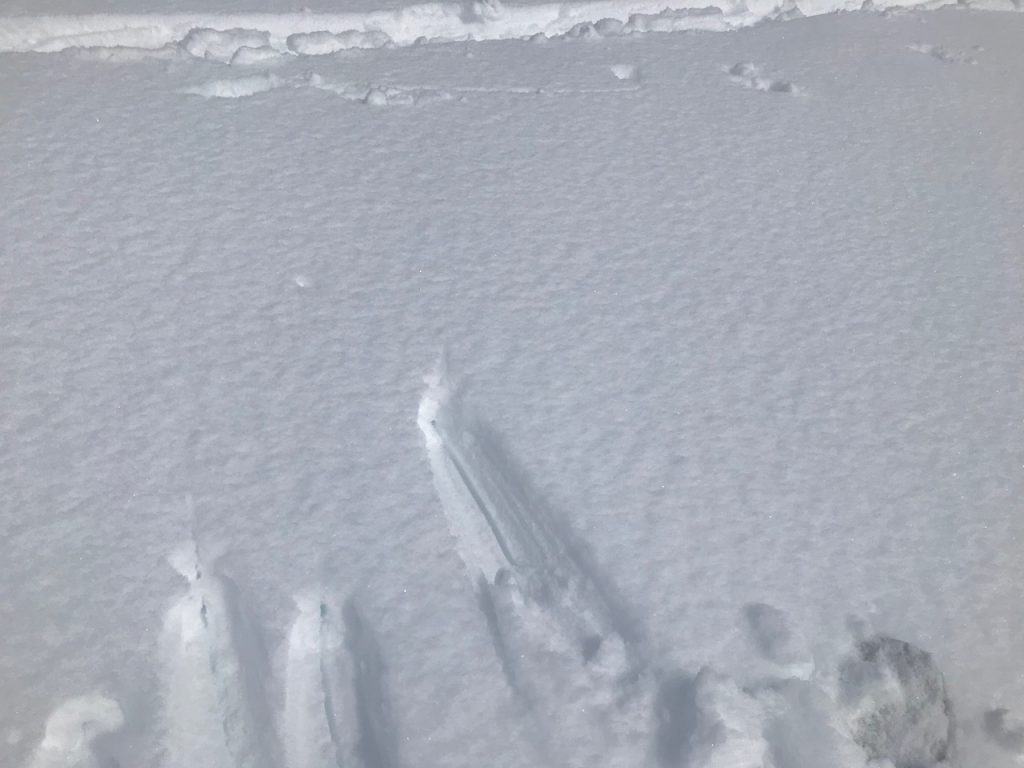 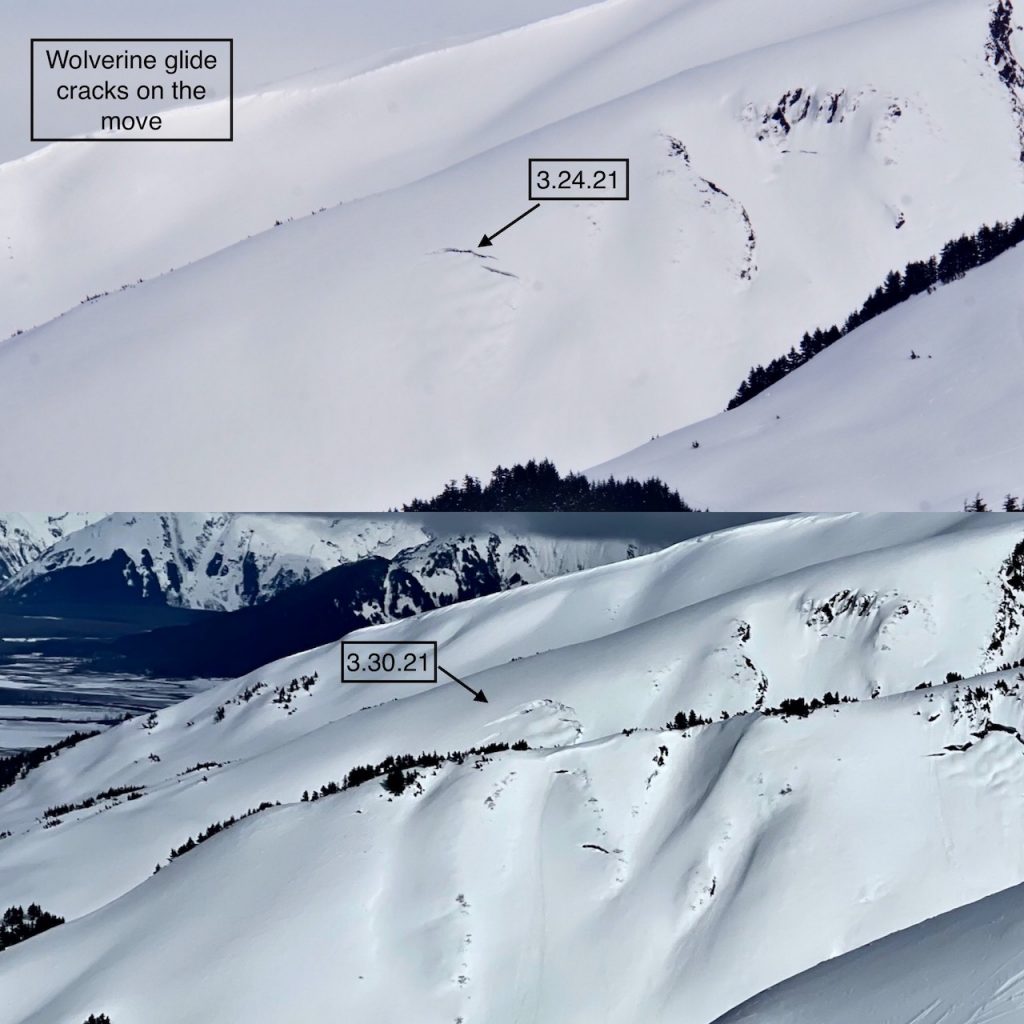 Wolverine glide cracks are opening up 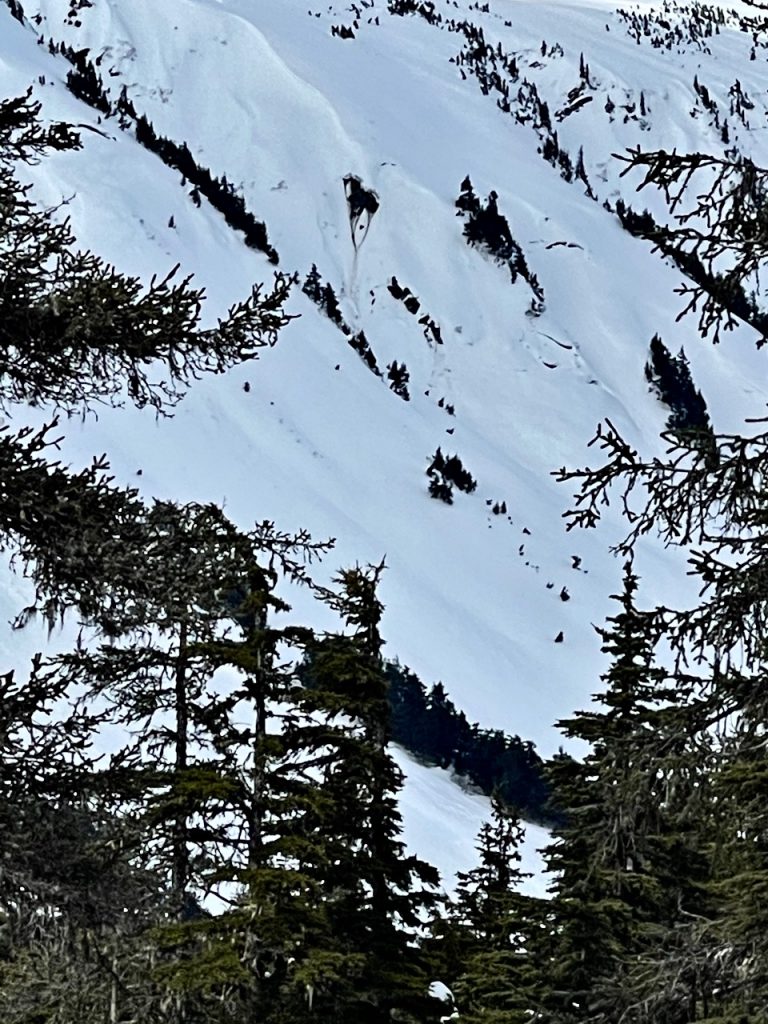 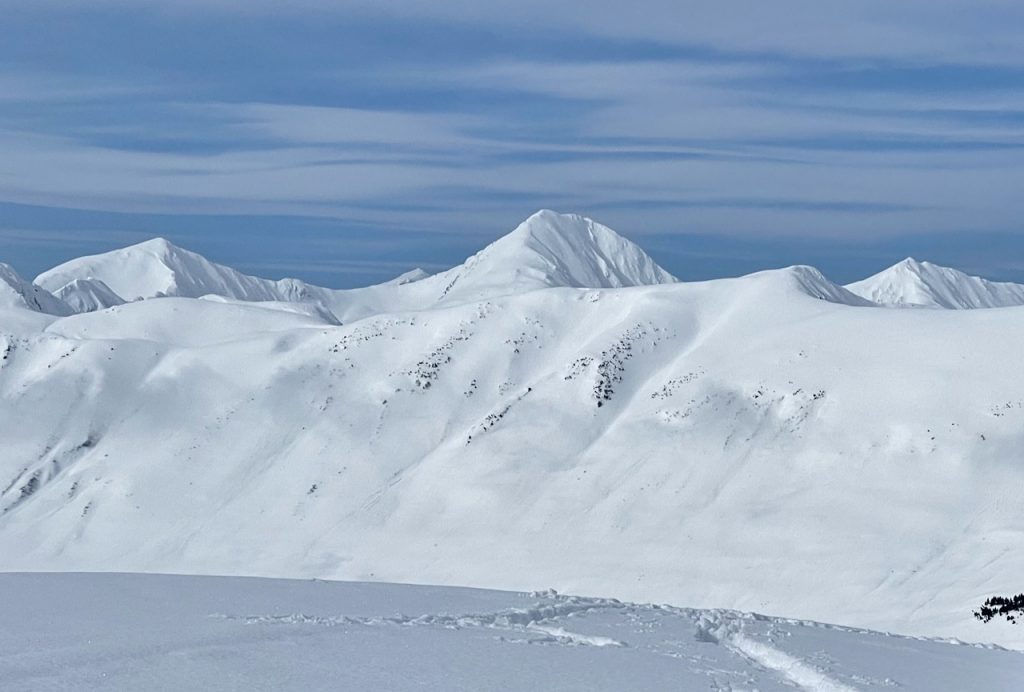