A few shallow, isolated wind slabs seen today. One on Eddies (pictured below) may have been remote triggered on March 11 or 12, with old slightly blown in tracks nearby. Dry loose naturals/small crowns visible on Sharks Fin (pictured below) from during or just after the storm, and one crown probably 100' wide on NW aspect of Wolverine, just at treeline, also with ski tracks nearby. A larger slab (D2?) was also visible across the arm on a NE aspect of Pyramid, with the crown midslope and partly blown in. Debris on this slide looked to have run ~500'

Cracking and collapsing around 1700' on Eddies NW face when skinning over wind drifts in the trees, near the recent avalanche depicted below. Large previous cracks near a down track from March 11 or 12 were also evident, though no further cracking from our tracks just adjacent today
Dry loose and small slides noted in Avalanche detail; glide cracks present still on Sunnyside and S aspect of Sharks Fin.

Clear and COLD in the AM, warming to teens up high midday. Calm.

8-10" of new, dry, low density snow from last week at the parking lot, increasing to 12-16" by treeline. West and NW road facing aspect was hit pretty hard by winds, leaving slabs or hard snow behind... only the sheltered part of the N aspect bowl had relatively soft snow, though even here there was some wind affect on the surface.

Quick hasty pits along the route showed that surface hoar that was buried this past week was still intact.
Pockets of windslab - 2 - 18" thick - along the route. Two pits at 2700', just below the Eddies headwall. 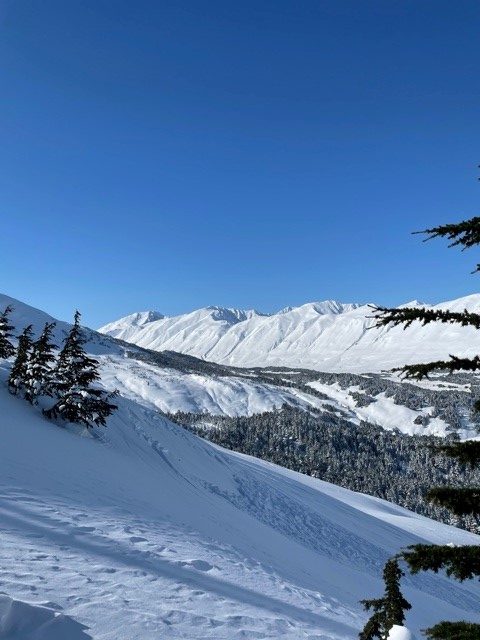 Small wind slab looked to be ~1' deep at most on Eddies, potentially remote triggered with tracks just adjacent from 3/11 or 3/12. 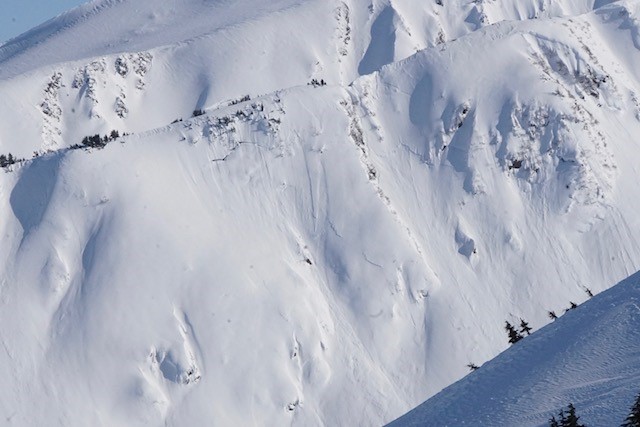 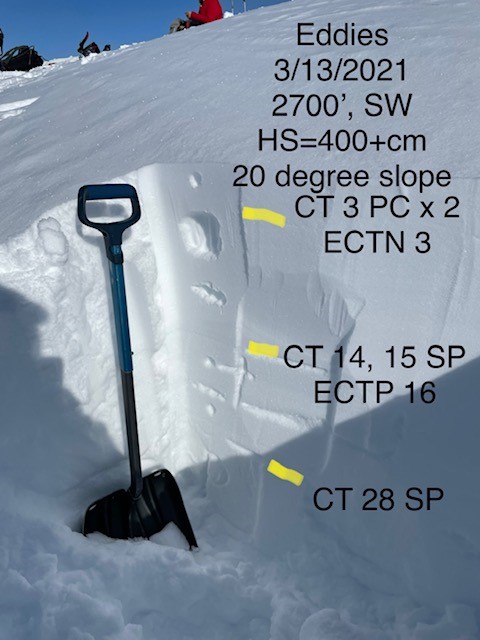 Pit #1 and results on a SW aspect facing Tincan, just short of the Eddies headwall, with a 10cm layer of wind packed snow on the surface. 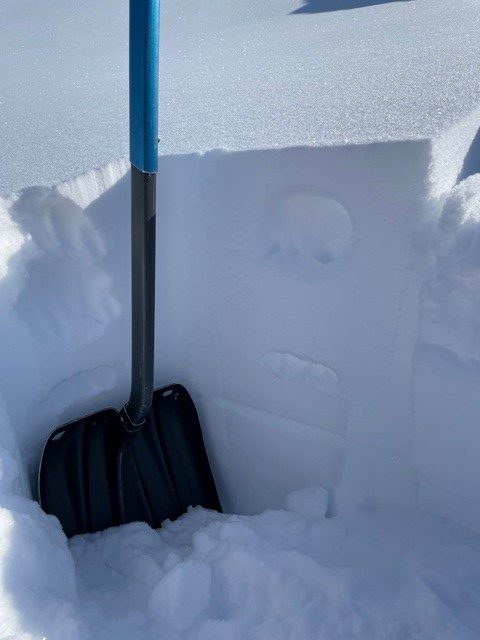 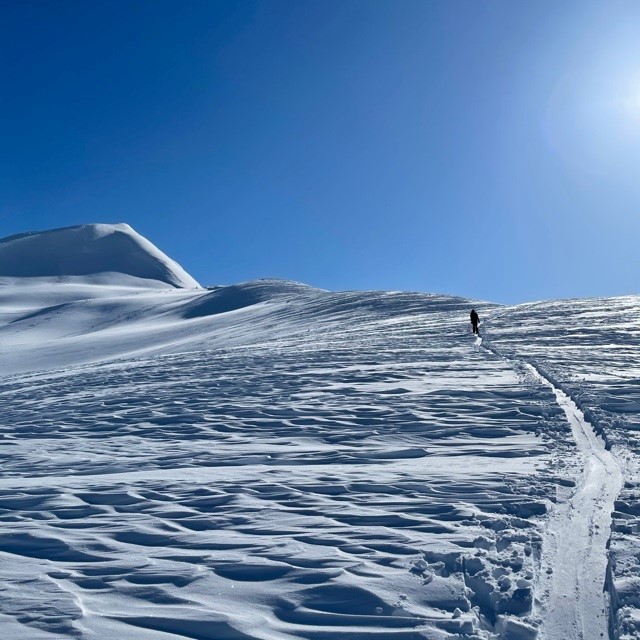 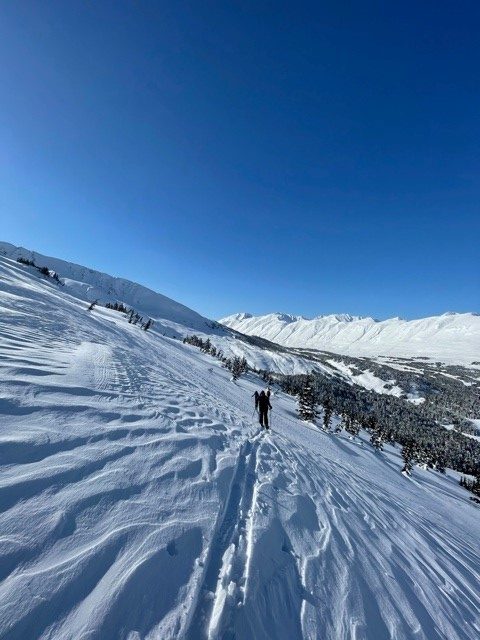 The West/NW aspect road face had been hit hard by winds at the end of last week. Womp womp. 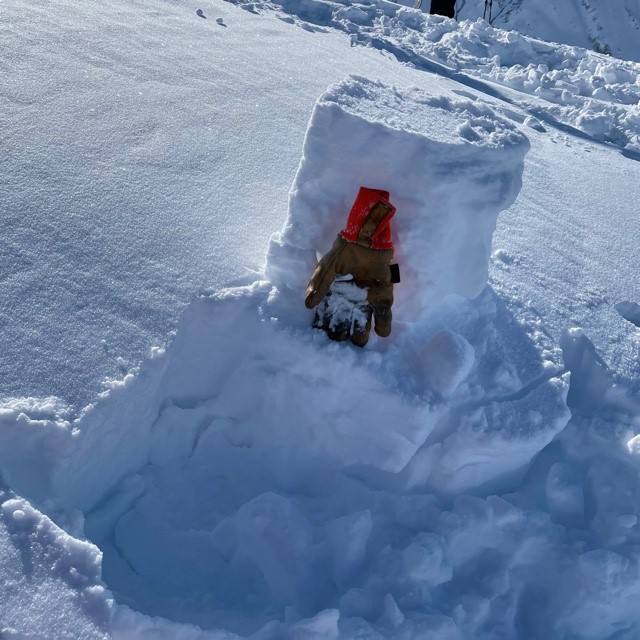 An example of localized pockets of 12-18" recently deposited wind slabs along the Eddies ridgeline. 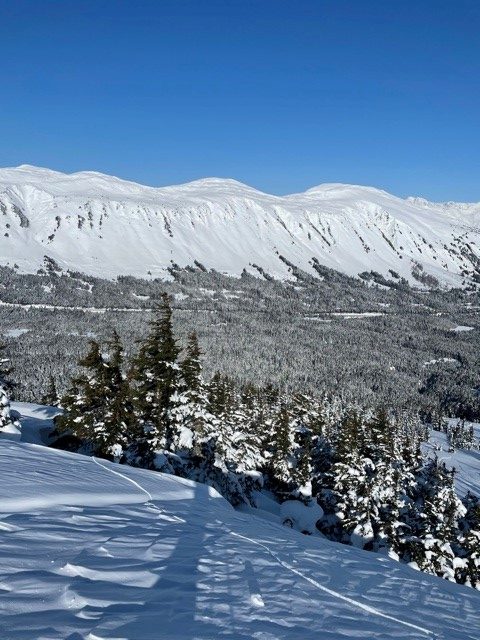 A skier likely remote triggered the crack in this picture, with the tracks from the end or after last weeks snow. We had some cracking elsewhere but not on slopes near this one. 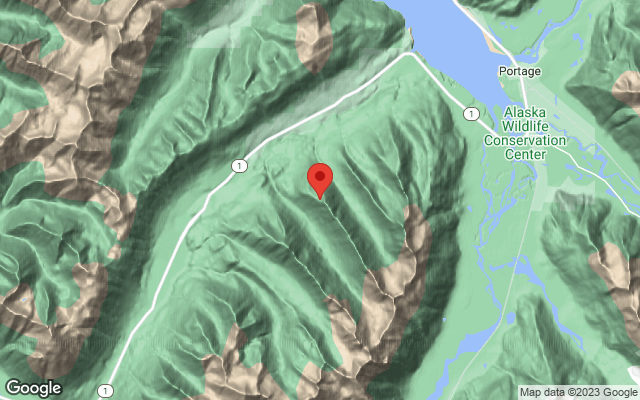