Standard route until popping out of the trees around 800′ and then headed to the north across lower open slopes and skinned up through the trees to 2300′.

We dug at 1200' just before heading into the trees. HS 355 cm, pit depth 100 cm. See photo. The 2.9 facets were 35 cm down and propagated ECTP4 in both pits. Compression tests were failing underneath the 1.23 melt-freeze crust in small facets but no propagation on this layer.

We dug again at 2000' in a slightly wind loaded area. HS: Over probe depth probing from bottom of pit depth (100 cm). See photo. Both the 2.9 layer and the 1.28 layers were obvious but there was no results on the 2.9 layer. The 1.28 layer was intact buried surface hoar 8-12 mm. We both had propagation on this layer, ECTP23. Besides the soft surface snow the slab above the bsh was 1F to Pencil hard and the snow below was Pencil hard.

Take homes for the day...
Wind slabs were building and triggering a buried weak layer remains a possibility. 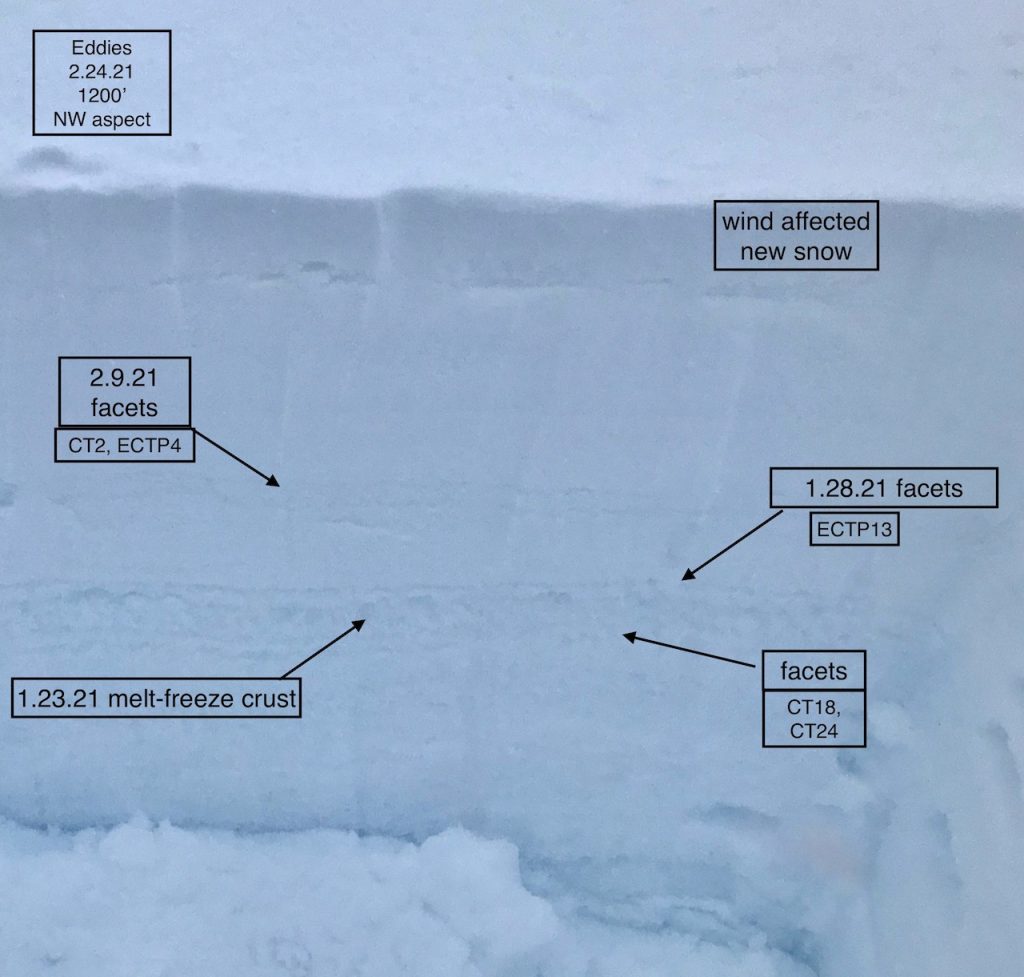 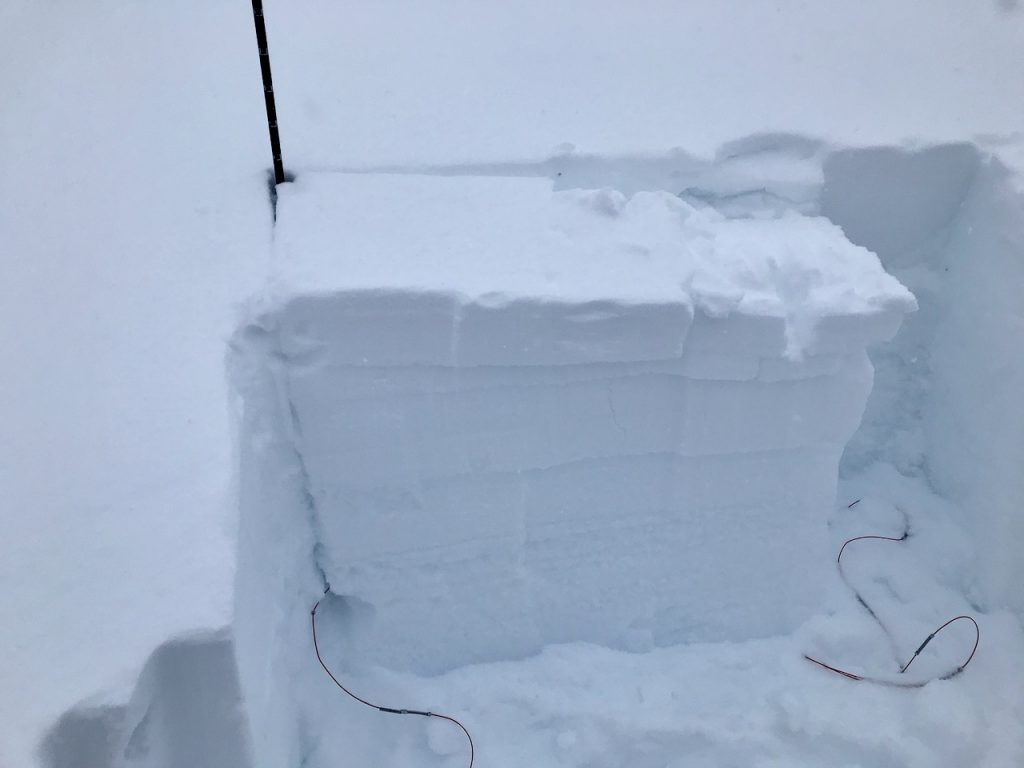 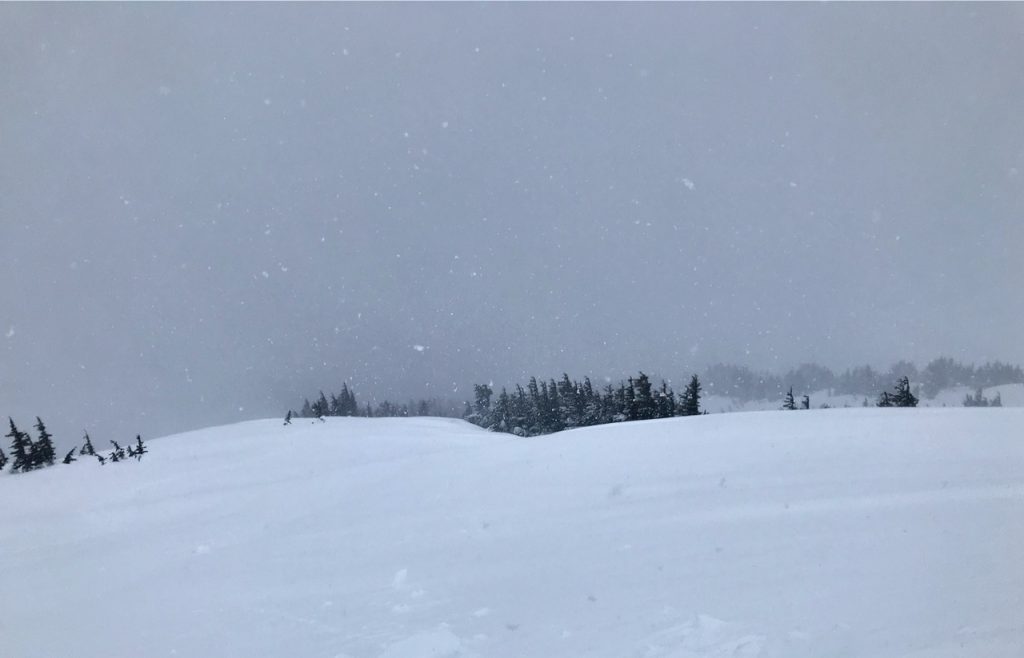 Steady snowfall and wind transport throughout the day 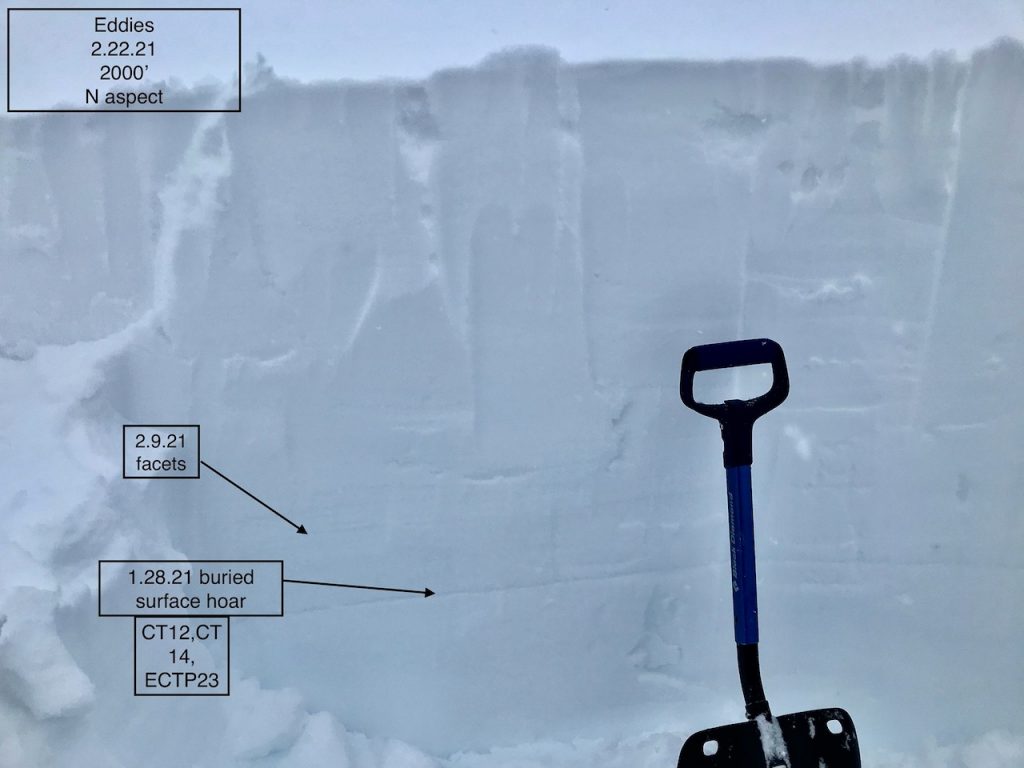 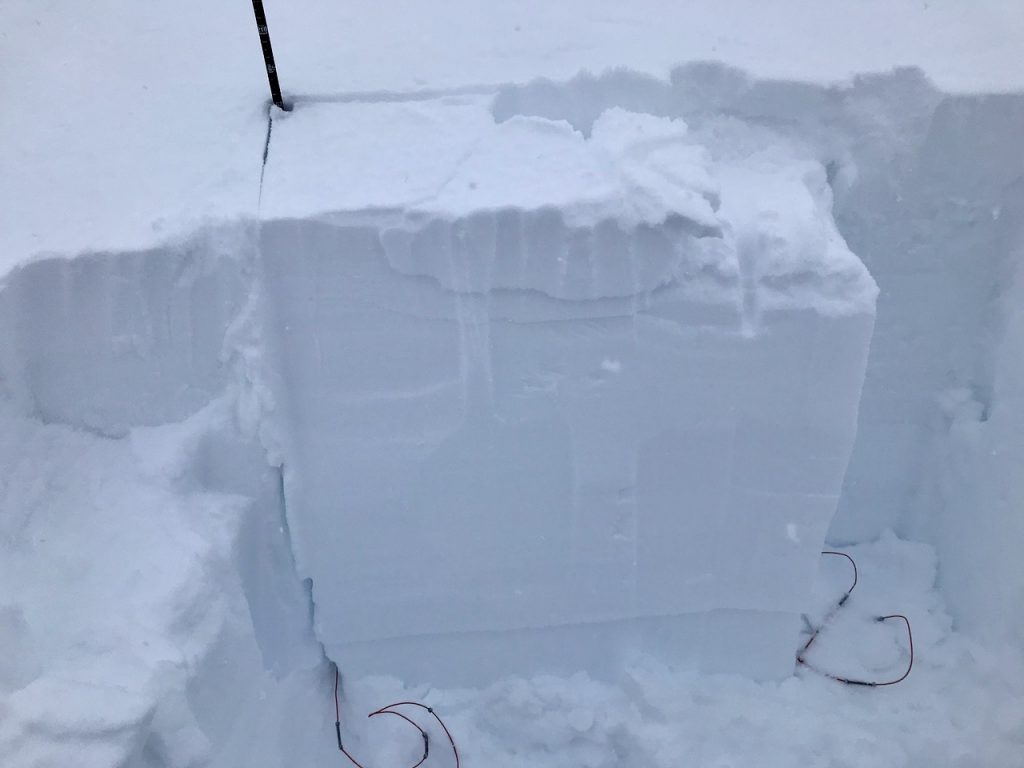 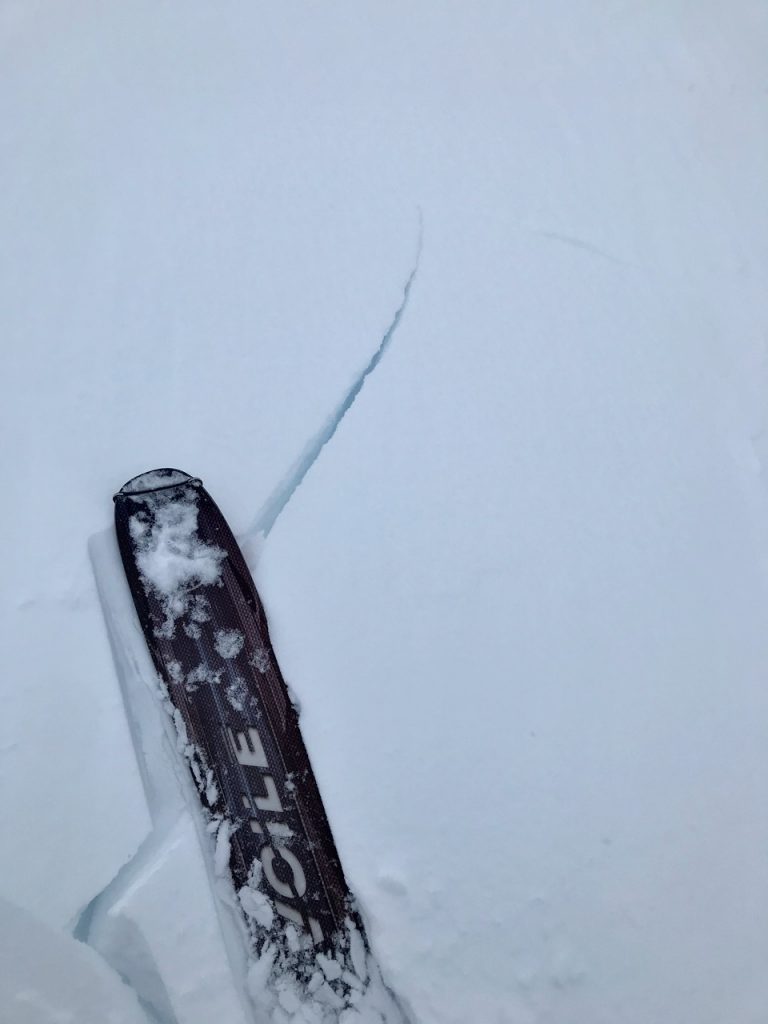 Cracking on a wind-loaded convexity 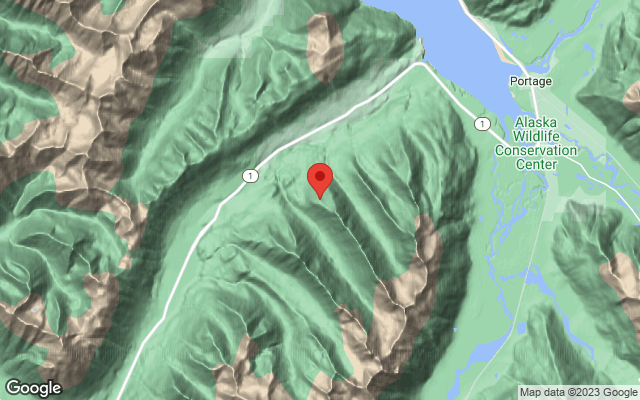