The avalanche failed on a layer of facets buried about a foot deep on a wind-loaded slope, and quickly stepped down to a layer of surface hoar buried about 6" deeper. HS-N-R2-D1.5-O

No new avalanches observed but worth noting that we saw two avalanches that were attributed to the 2/11-2/12 wind event. One which we investigated and one that was on the south side of Eddies. The fresh debris pile was noticeable in the valley but the crown was out of sight.

Once out of the trees around 800' we experience multiple crust collapses, where the crust sits below facets and the recent wind affected snow, up to around 1200' when we skinned back into the trees.

Cloudy skies, with calm winds all day.
No precipitation.
Temperatures in the 20°Fs.

Soft snow at the lower elevations, which became more wind-affected as we went higher up. By the time we got near treeline we were starting to see anti-tracks and pencil-hard wind slabs on some slopes. There was a crust buried about 6" deep, which went up to around 1600'.

At all three elevations, we were finding two weak layers in the upper 2' of the snowpack. The shallower of the two was buried 6-10" deep, and was a combination of decomposing stellars and near-surface facets, with surface hoar at the top of the layer in some of the pits. The deeper weak layer was a layer of surface hoar buried 1.5-2' deep. These grains were pretty large (6-8 mm). We also found surface hoar on the snow surface, which disappeared around treeline. 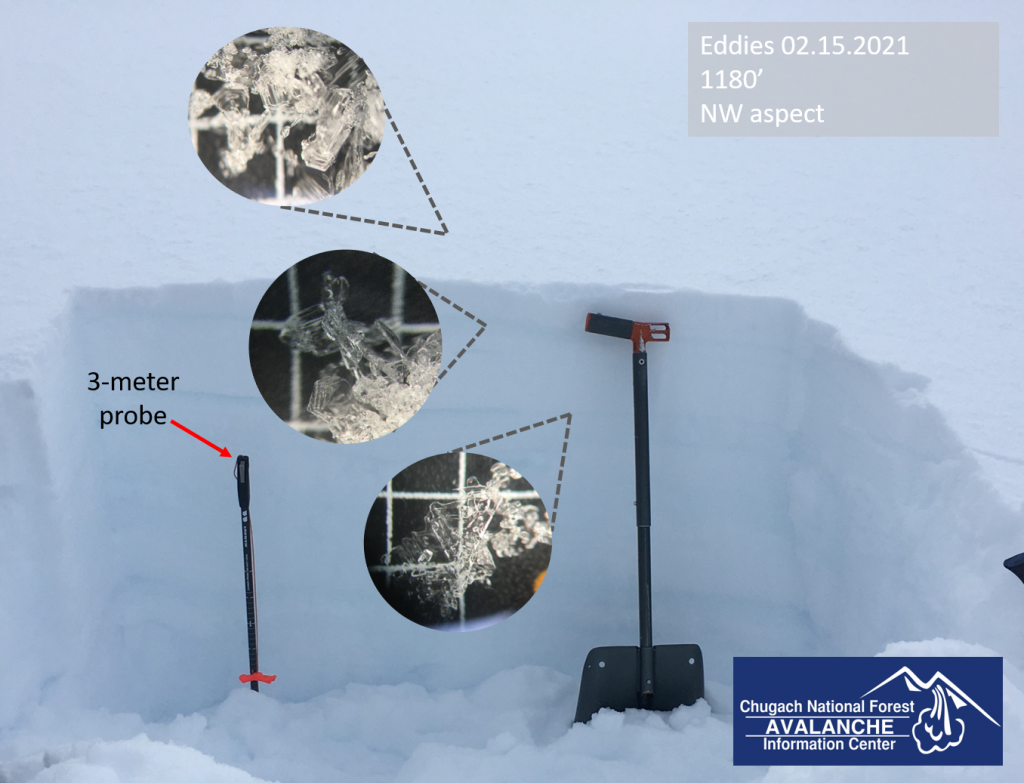 Two layers of buried surface hoar, plus a fresh layer on the surface just waiting to get buried. 02.15.2021

Looking down at the natural avalanche first observed on 02.12. The avalanche failed on the upper layer of buried surface hoar and near-surface facets, and quickly stepped down to the deeper surface hoar layer. 02.15.2021 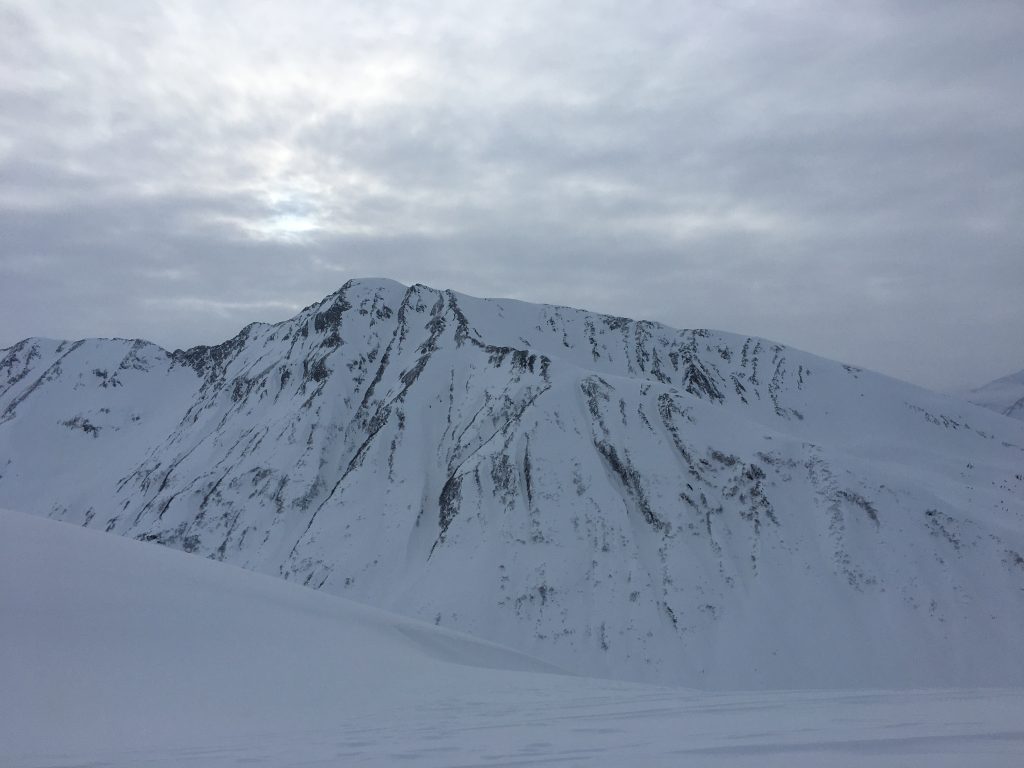 Looking at the north face of Tincan. Plenty of obvious scouring along the high points, cross-loading the gullies. 02.15.2021 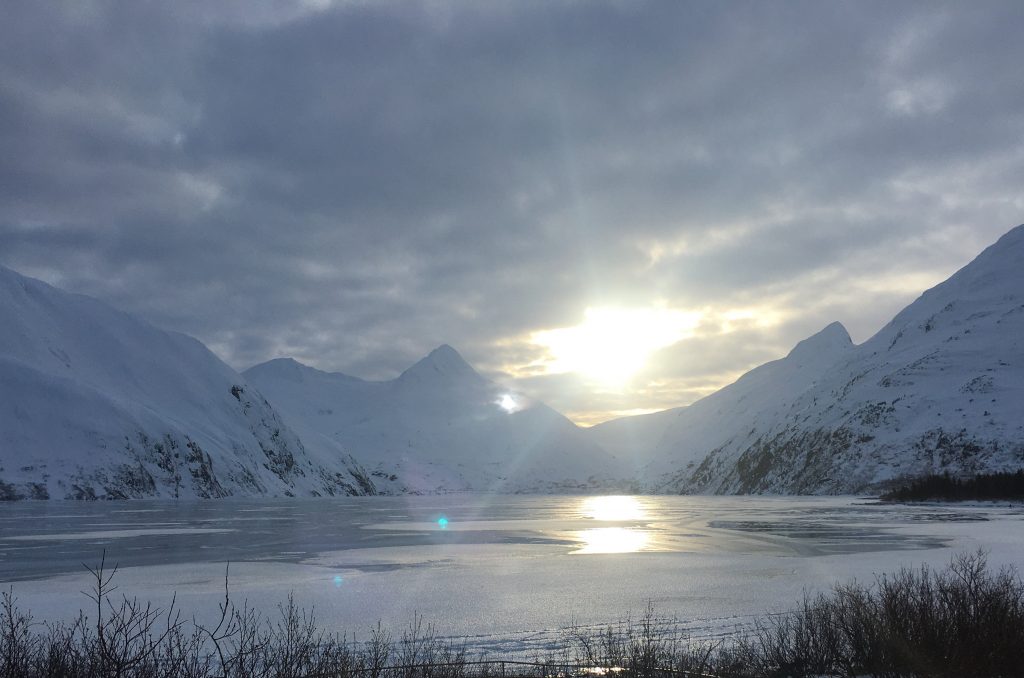 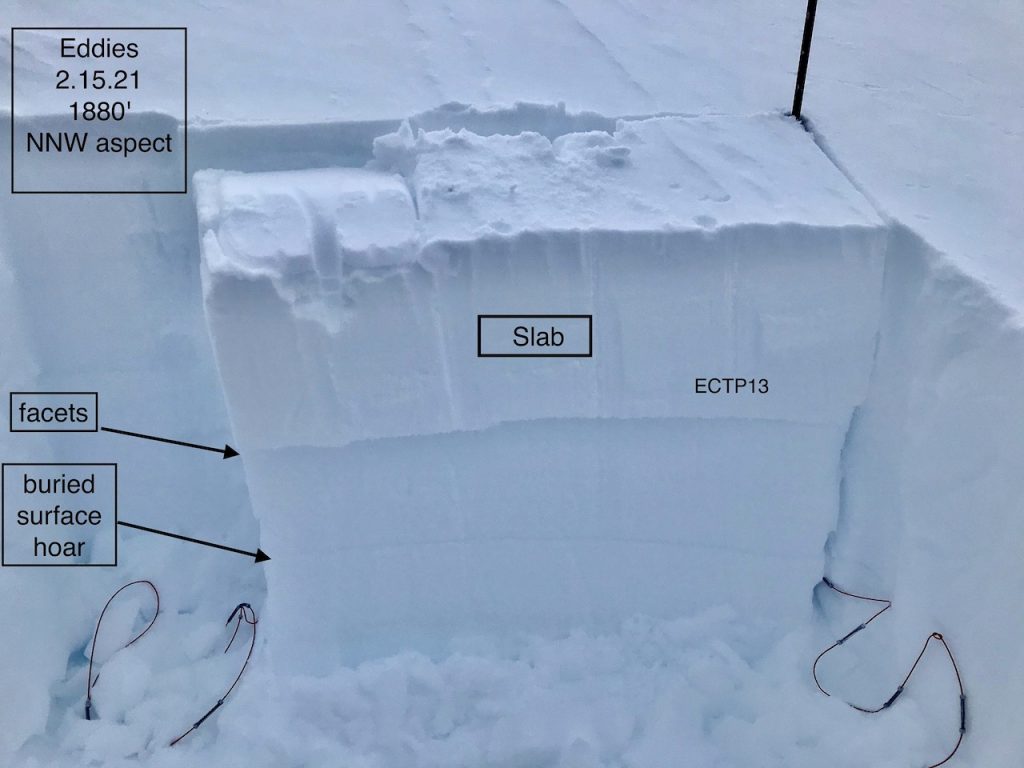 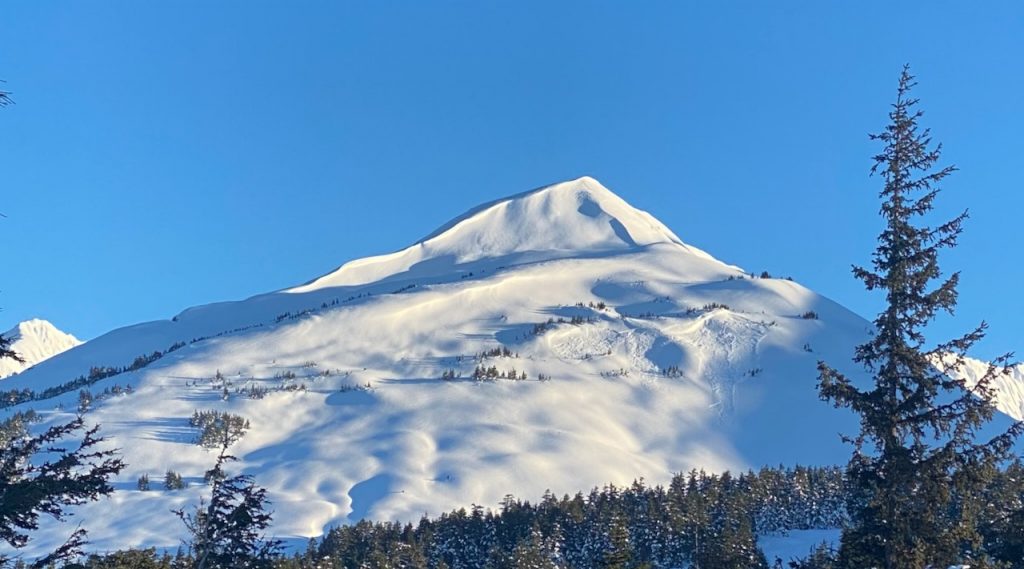 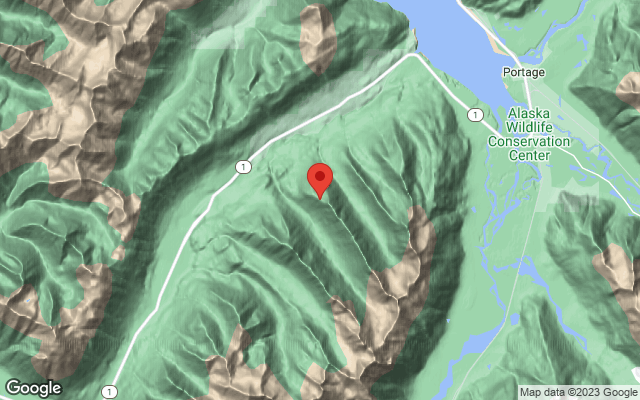