Hasty pit showed that the failure layer was a thin layer (< 1 cm, variable) of
very well developed but small (1.5 mm) facets directly on top of the January
rain crust. In the pit the slab was 0.9 m (35″) thick. Crown face was thicker
closer to the trigger point (~1 m) and tapered (~0.5 m?) on the far side. The
bed surface was rough (Q2) and the slab was pretty sluggish, although some of
the debris made it to the valley floor. We suspect thin layer of wind-blown snow
was on top of the January ice crust in this location before the Feb 8 snowfall.

We completed a number of hasty pits and hand shears, and found highly variable
bonding to the January crust. In some locations the interface between the
January crust and the Feb 8 snow was decidedly stubborn, exhibiting hard shears
and no compression failure. In other locations, usually where the crust was
buried deeper, the thin layer of facets produced moderate to easy Q2 shears and
moderate compression failures. We felt several large collapses when we put a
skin track up the N ridge. We remote triggered this avalanche while we were getting ready to dig a hasty pit at the end of the up track. It occured at ~11:00 am Sunday. (photo Louis Sass) 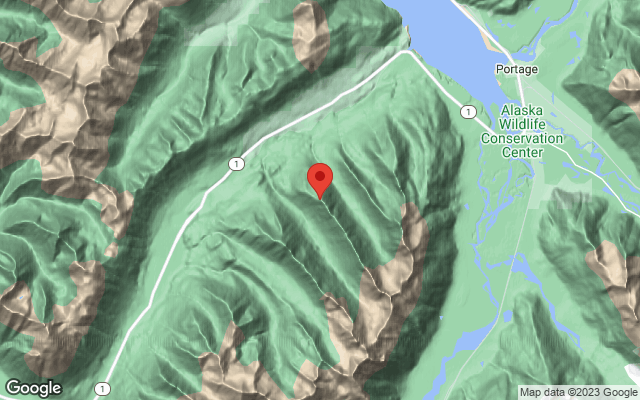