Midmorning a group remote triggered a D2.5 and a D1.5 on the steep SW aspect at treeline, just SW of the normal eddies uptrack. See photos below for the view from below, the crown profile, and for some of the impressive cracks/blocks that did not slide. At the crown, the thickness looked to be 20-30" thick, running on the new/old interface, but as pictured below some activity went to the ground and likely basal facets. Some cracking and movement of chunks of snow occurred on slope angles in the 20s!

On top of the large remote triggered slide reported above, some natural D1s slab avalanches observed on steeper SW rollovers around 2000' in elevation, and across the way on sunnyside a few crowns could be seen in cross loaded gullies. A small amount of debris could be seen in some of the steep N chutes coming down from near the top of Tincan proper, but where it came from was unclear.

Cracking occurred on steep rollovers, and occasional collapsing occurred above 1400' in elevation, mainly small in area and fairly quiet. One very loud collapse occurred on the skin track just above the SW ridge avalanche, on a slope that already had ~10 down tracks and the up-track as well!

Few clouds, temps in the 20s up high, 30 at the parking lot
Occasional light east wind at ridgeline

A hasty ski-pole block on a West aspect failed a hand shear test first under easy pressure at the ground on facets, and then down 18" under medium pressure at the new/old interface. The surface hoar - pictured below - was ~15mm in size! 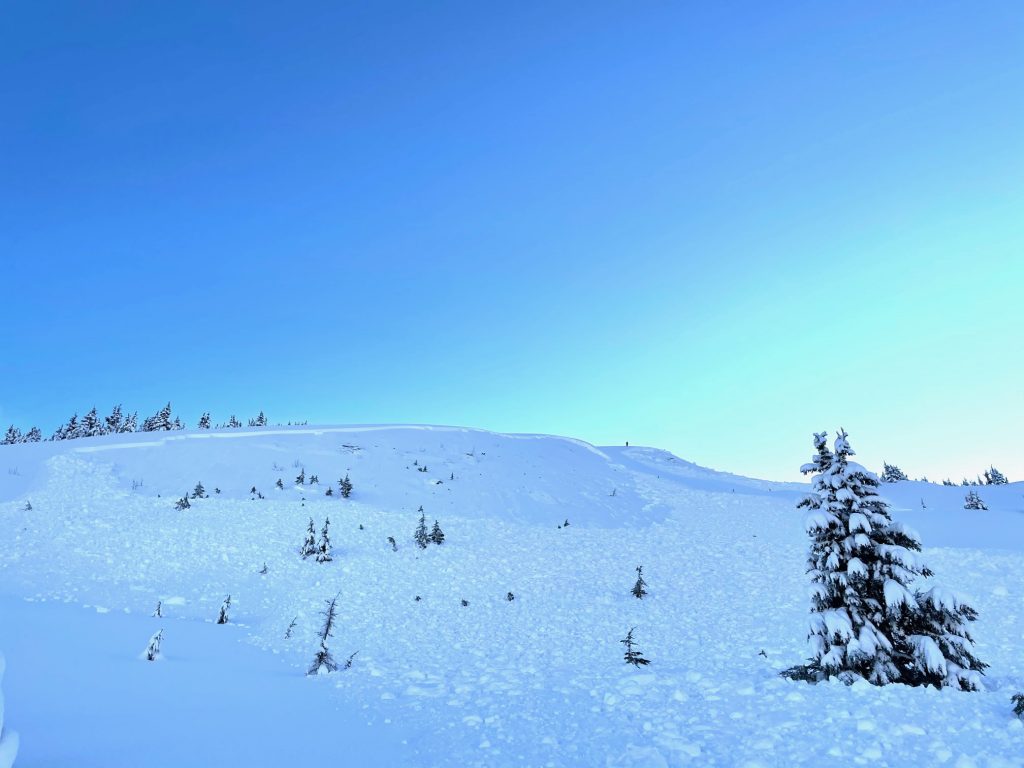 View from the bottom of the largest part of the SW treeline ridge avalanche. Note the person on the ridge at the top right corner of the photo for scale! 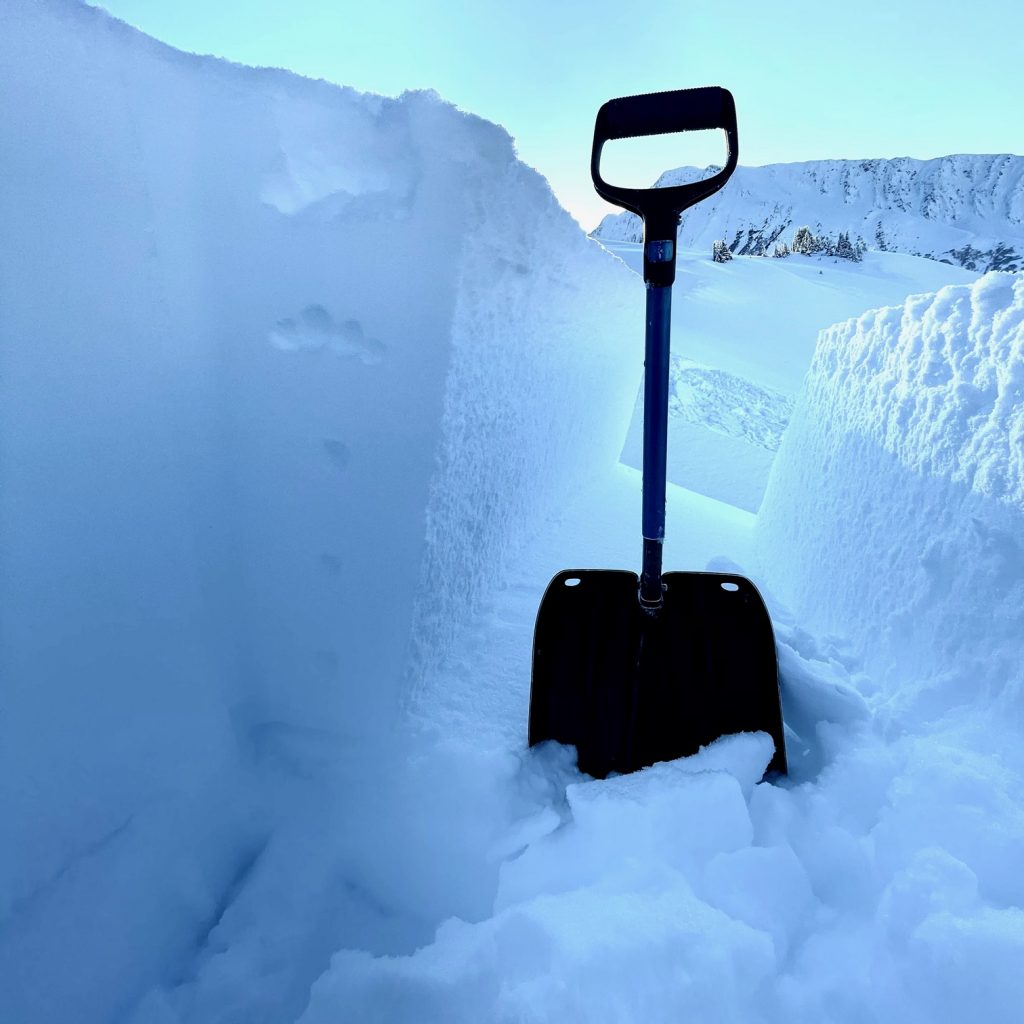 Crown profile taken where a block cracked but didn't slide fully. 24" deep, with a thin layer of fist hard new snow over 4 finger -> 1 finger hard slab. The surface hoar was present on the 4 finger + bed surface at this location 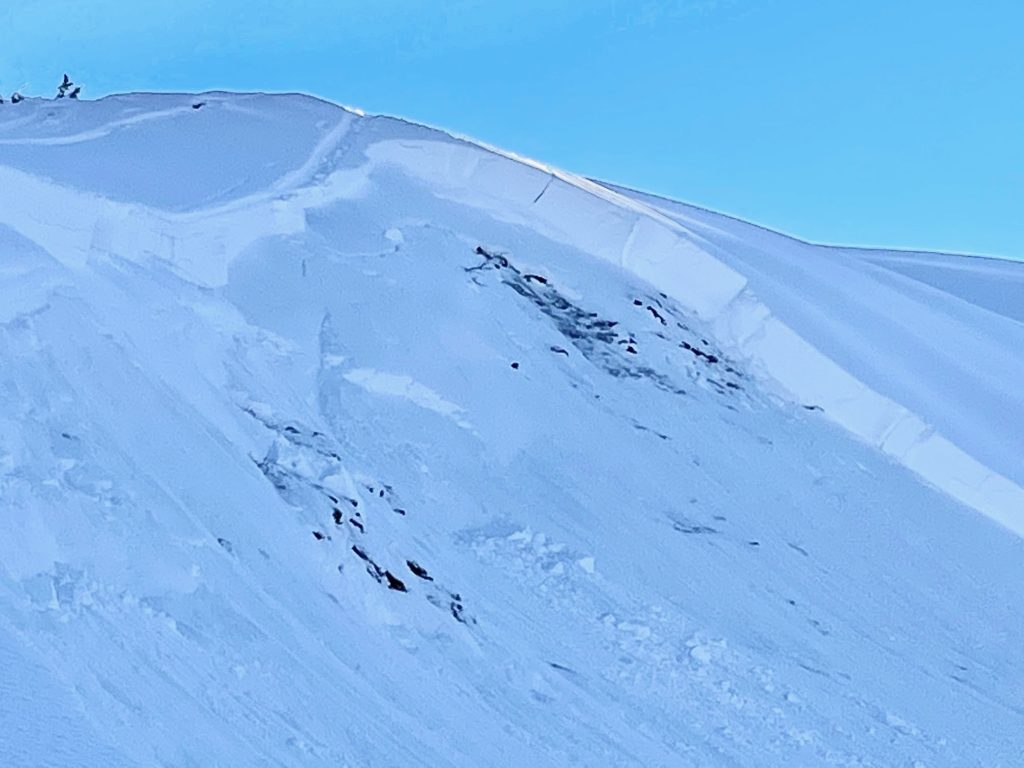 A smaller portion of the SW treeline ridge avalanche, where it appears the slide reached the ground in a few locations after it broke at the new/old interface at the top. 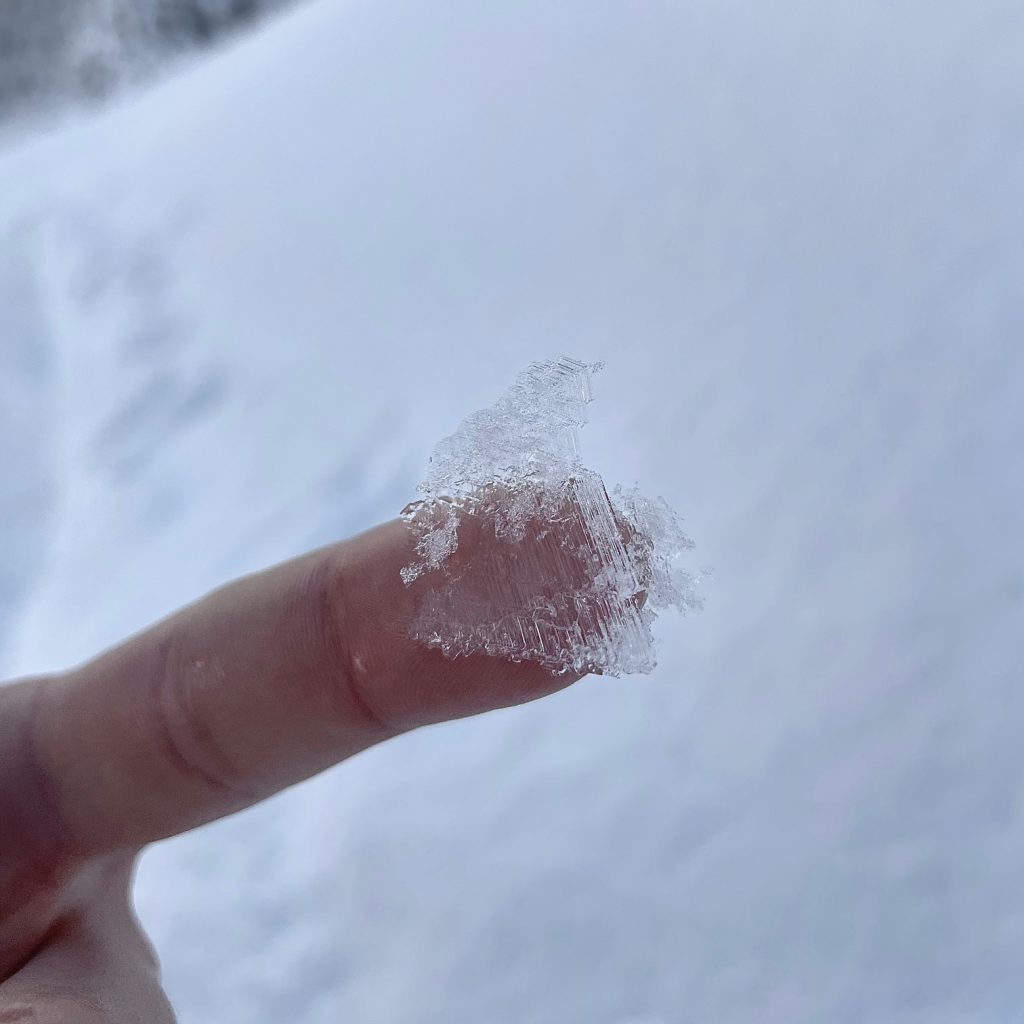 Impressive surface hoar from 1500' in a wild sheltered location, from the hasty pit mentioned above! 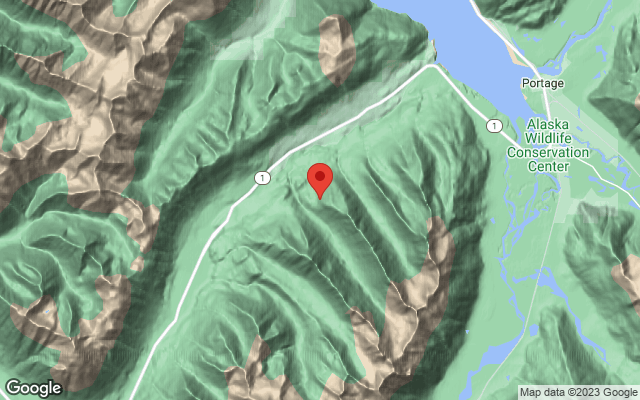