I saw a recent hard slab avalanche that propagated very wide and failed deep in the snowpack.

This avalanche failed on a layer of surface hoar that was buried during the 11/20-11/21 storm. It occurred on a wind-loaded slope and propagated about 1000' wide. The crack propagated through wide portions of the slope and adjacent slopes that weren't steep enough to slide. It was surprising how low the slope angle was at the crown; I measured a slope angle as low as 26 degrees! There were many pockets in the track where the avalanche stepped down to the facets at the ground. It looks like there is an observation from 11/20 describing a skier-triggered a soft slab on the same slope just before the storm.

All of the signs were there, although collapses were a little less frequent today than they were yesterday at Tincan. 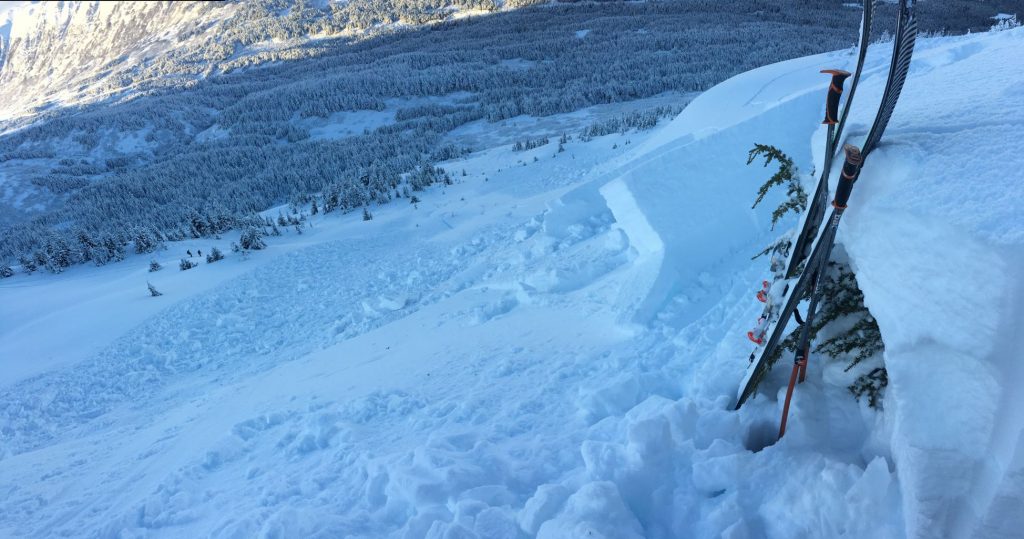 Standing at the crown looking down the left side of the slide.

Looking across the debris pile. This image shows about half of the entire slide, and doesn't include the roughly 500' wide crack extending to the right and out of the frame. 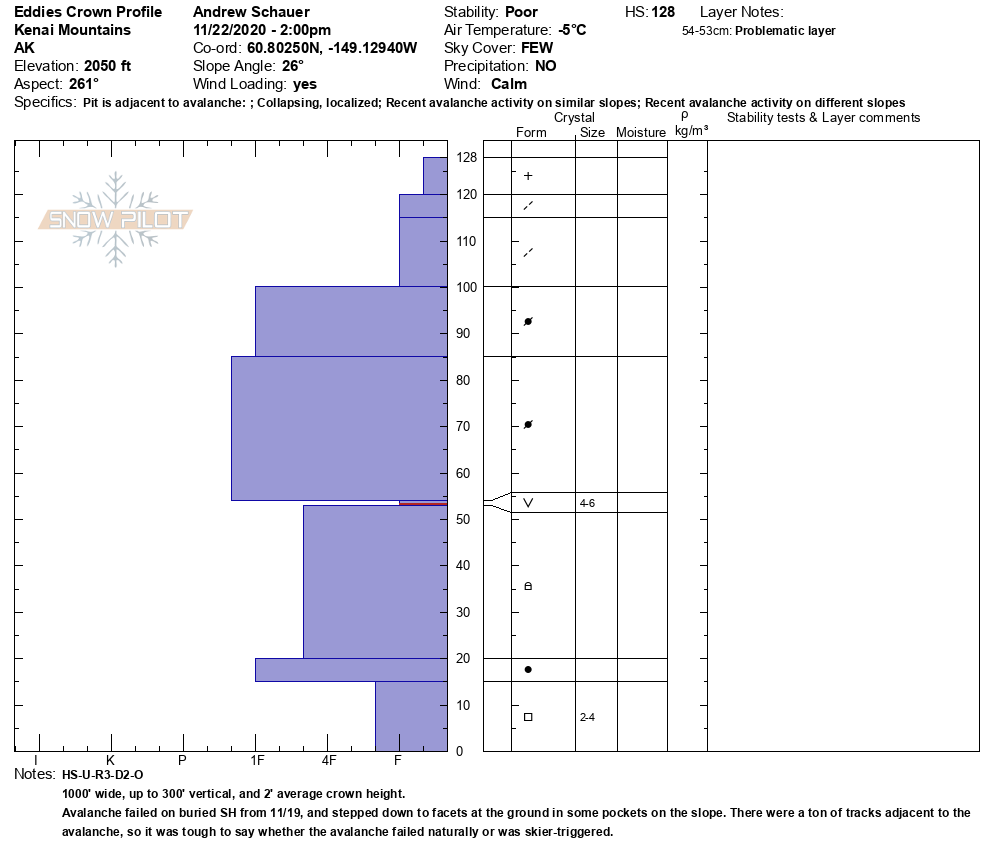 Snowpit profile at the crown of the avalanche. 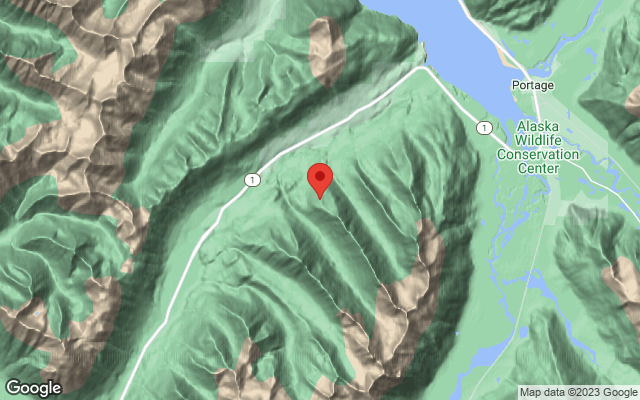