Location: Drive to Granite Creek and back

Below are comments sent in from an avalanche professional taking a look around the mountains with the clear skies and good visibility:

On Turnagain Pass there were a couple of parties that ventured out on tin can and sunburst. Looked to me this afternoon like the sunburst folks were digging a pit when I was going out and then coming back down the ridge when I was coming back?

As for the 4940′ slide, I think it ran between my first trip down there and my second today. But it does get confusing with the January light.

Lots of similar avalanches out the Skookum, and not too surprising there. Seems like it’s not all that common to see debris across the valley quite like that. Also plenty of full depth wetslabs (assuming?) at the lower elevations out there.

That slide in the North side of the Twenty Mile valley we see big avalanches there fairly often, but pretty wild how many of the avalanche problems that particular path seemed to represent. Maybe worth coming up with a name for that one at some point.

I’m sure curious to see what pans out for the foreseeable future. How many more avalanches do we get
with another inch of rain. Can it really be clear and warm for more than a day in Alaska in January? Is there an elevation band where basal facets existed, didn’t get especially wet, and might still be reactive after a sustained cool down? Is winter over?

FORECASTER NOTE:
The photo of the 4940 avalanche indeed happened during the afternoon. It was not there as of 1:30pm. 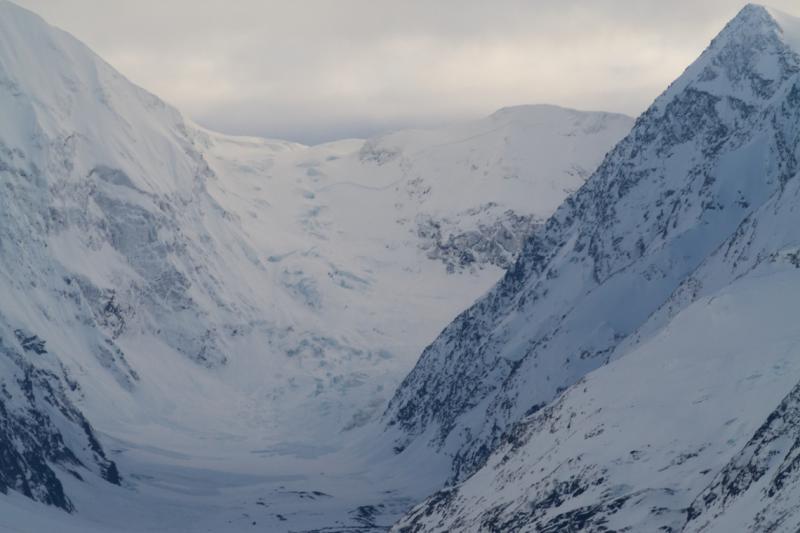 The back of the Skookum Valley. 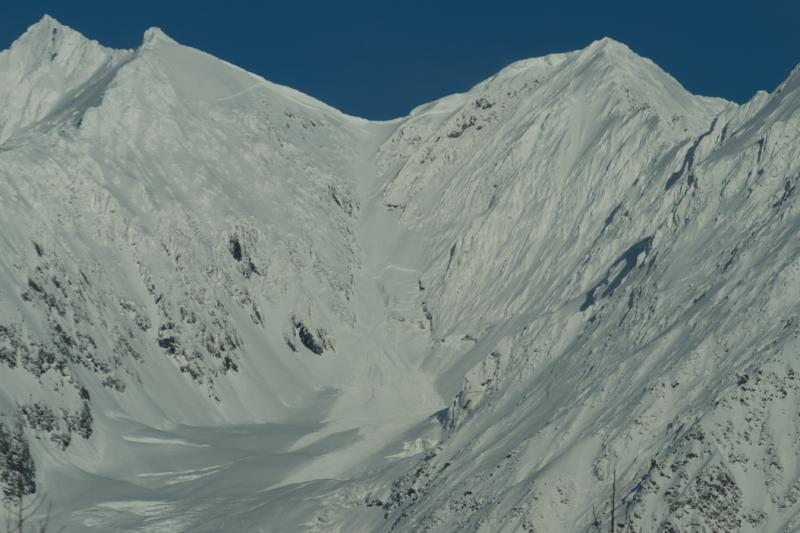 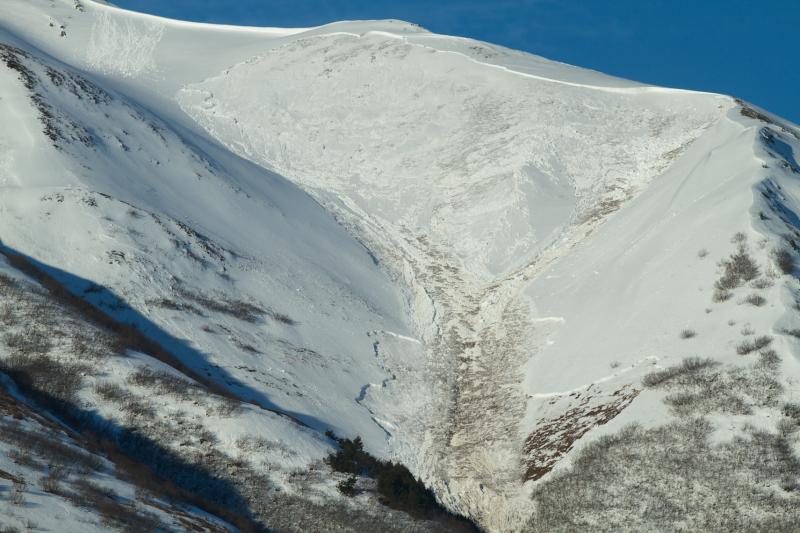 Turnagain Sunnyside, SE gully on 4940', above the snow machine bridge on Granite Creek. 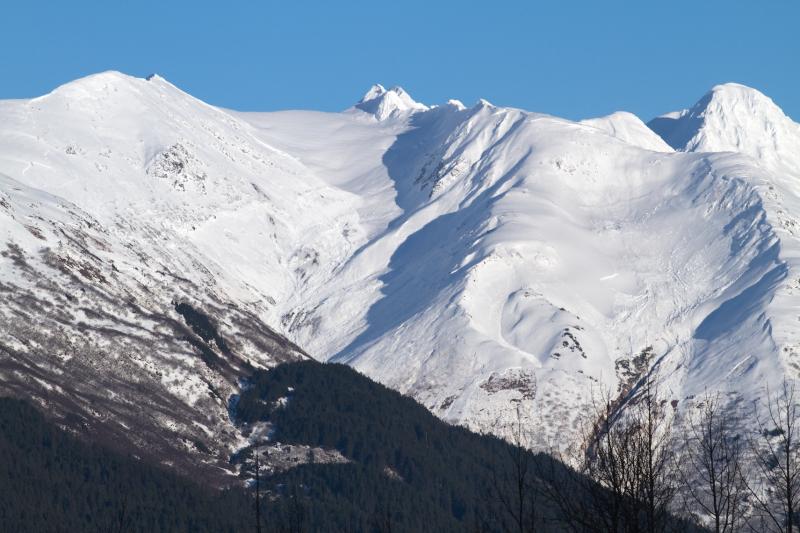 North side of the twenty-mile valley. 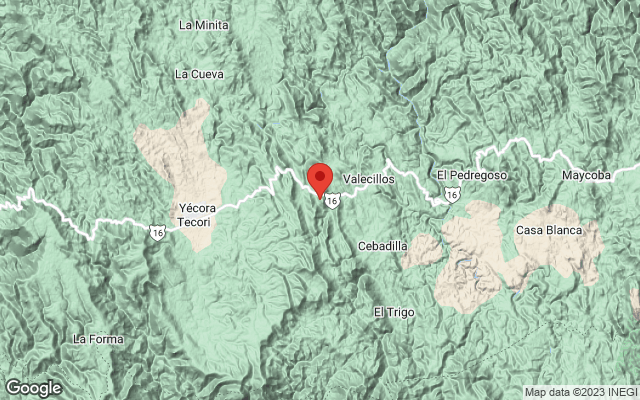