Toured up to treeline in Crow Creek area to try and find surface hoar and see how much new snow had fallen in the past 2 days.

We had some small shooting cracks on wind loaded features in the treeline elevation band.

Light snow, moderate winds with strong gusts, temperatures were warm but luckily the precipitation switched from rain to snow about half way up the crow creek road.

At lower elevations there were just 1-2" of moist new snow above a firm melt freeze crust. As we climbed up the new snow got a little deeper and lighter. Some wind loaded areas had up to 12" of new snow.

We dug a snowpit at 2500' on an east aspect. The upper snowpack was right side up and we did not have any propagating results in our ECT. We looked hard for surface hoar buried underneath the new snow and could not find it (checked many locations at different elevations and only found decomposing new snow about 6" down, no SH).

In a wind scoured location along the skin track at about 2000' we broke through a thin surface ice crust into a layer of very well developed facets that were only about 6" deep (see photo). This was surprising to find the well developed faceted layer so close to the surface, but the total snowpack depth in this area was only 80 cm. I have been wondering whether the layer of facets from November could be triggered by a person within our forecast area and this is the first location I have seen where the facets are buried shallow enough that I think that it is possible for human triggering. This spot might be an outlier compared to the average snowpack in the area but I found it alarming to see the facets so close to the surface. 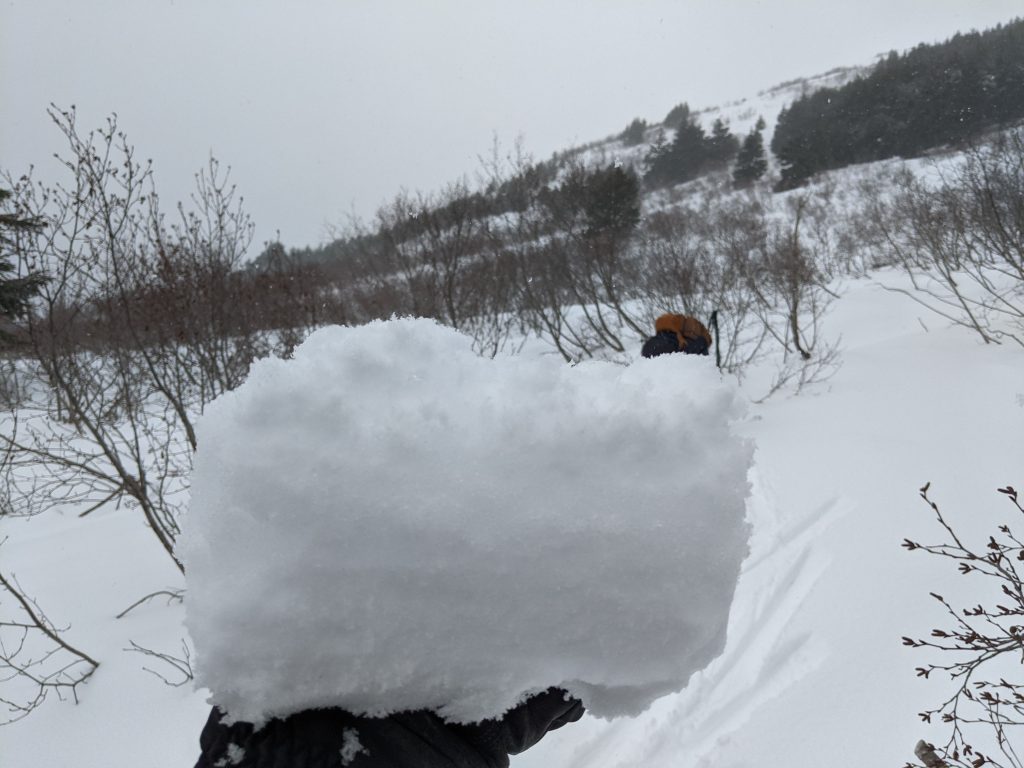 Just a few inches of snow above a stout melt freeze crust at lower elevations. 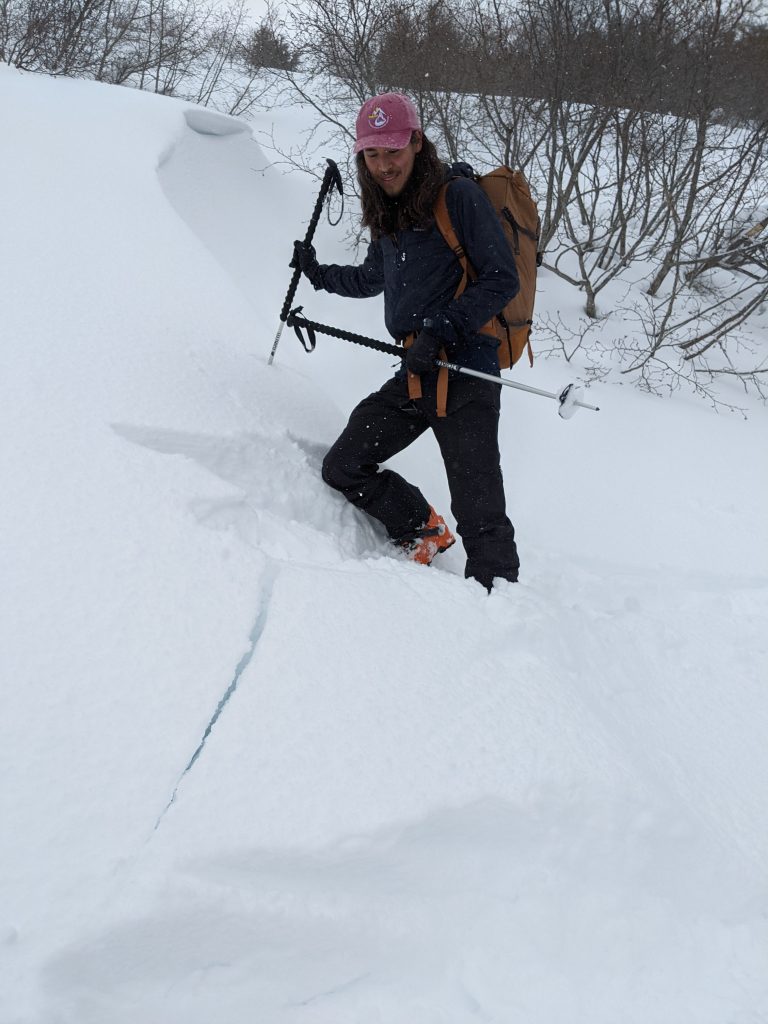 Small shooting cracks in a wind loaded area in the treeline elevation band. 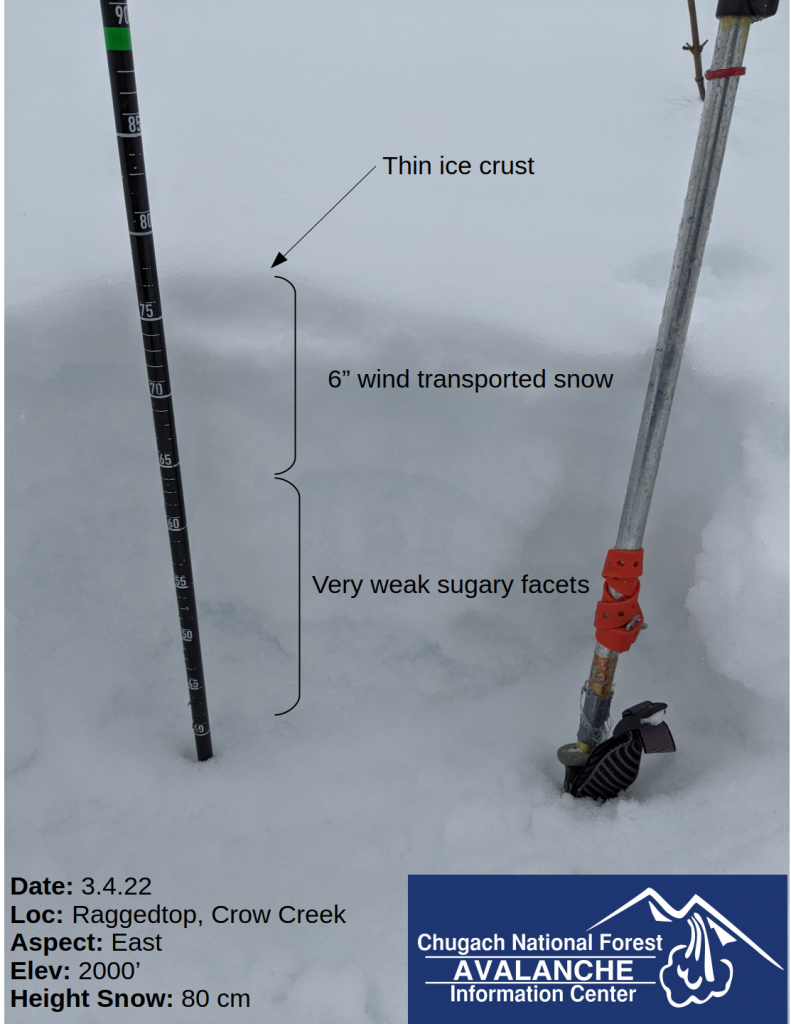 Wind scoured area along the skin track at 2000' where a layer of well developed facets was only 6" deep. 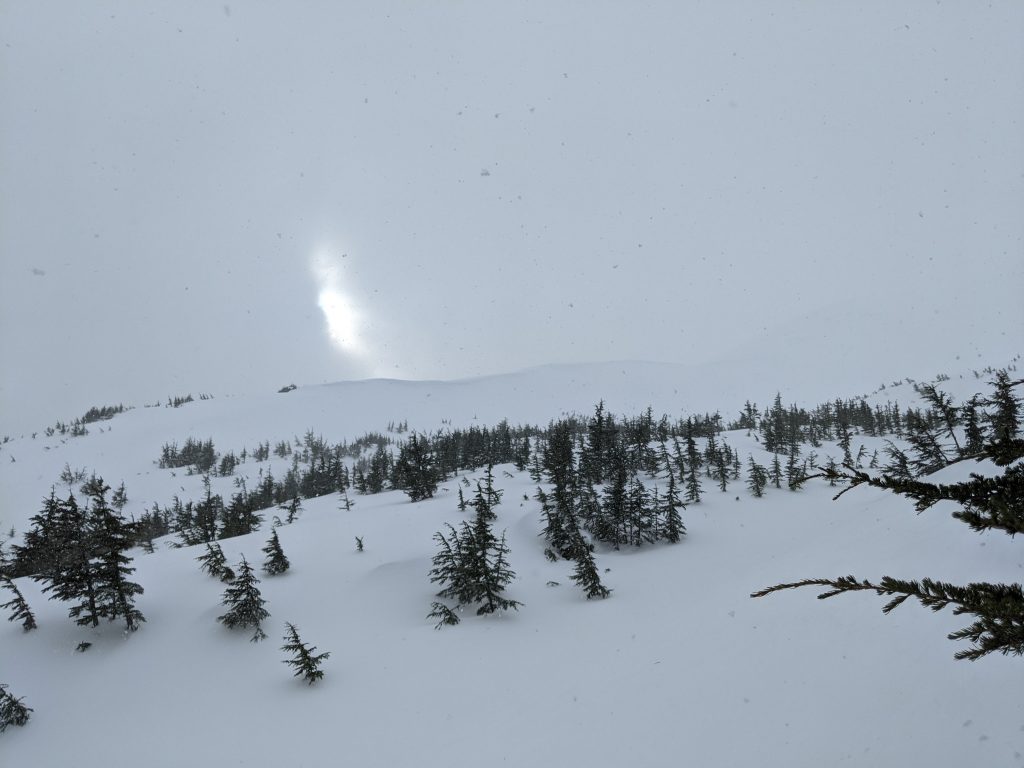 The sun tried to poke out in the afternoon but didn't quite make it. Really flat light in the alpine terrain above. 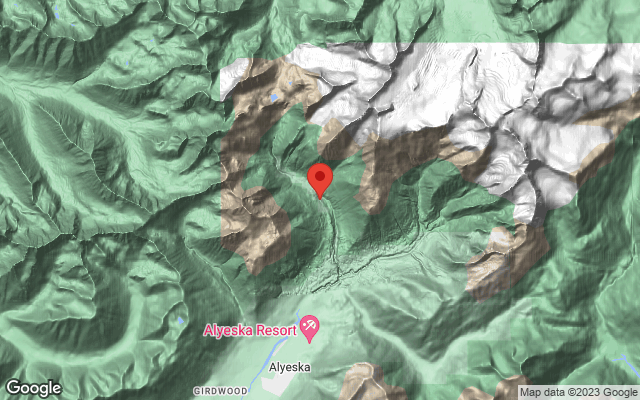