We toured up to about 2500′, and dug pits on a sheltered NE aspect at 2300′. We found a thick layer of weak facets buried 8-14″ deep in our pits, which was giving us poor stability test results and large collapses at lower elevations. Signs were pointing to poor stability, and we adjusted our travel plans accordingly, sticking to low-angle slopes.

We got several large collapses skinning across a northeasterly slope at about 1500'. The weak layer was a layer of facets buried about 8" deep below an old wind slab. The facets were sitting on top of a crust.

Cloudy skies with calm winds while we were out. Light snowfall, but not enough to accumulate. Temps were warm; 35 F at the parking lot, and right around freezing at 2500'.

The last round of snow brought about 6" to the Crow Creek area, which was capped by a paper-thin crust that gained strength with elevation. The crust was not supportable, but it was just thick enough to notice it while we were skiing. The surface became increasingly variable with elevation, with some pockets of soft snow and others scoured down to stiff wind slabs. The flat light made it difficult to tell where it was going to be soft and where it wasn't.

We got some large collapses on that same weak layer at 1500', where it was sitting on top of a rain crust. 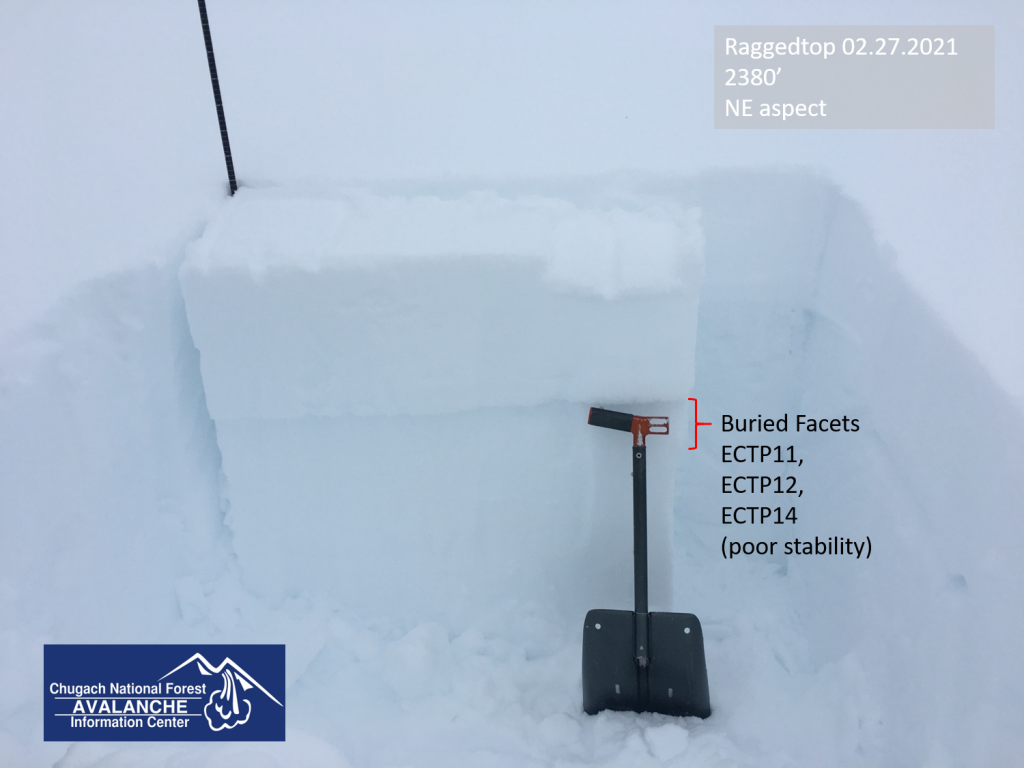 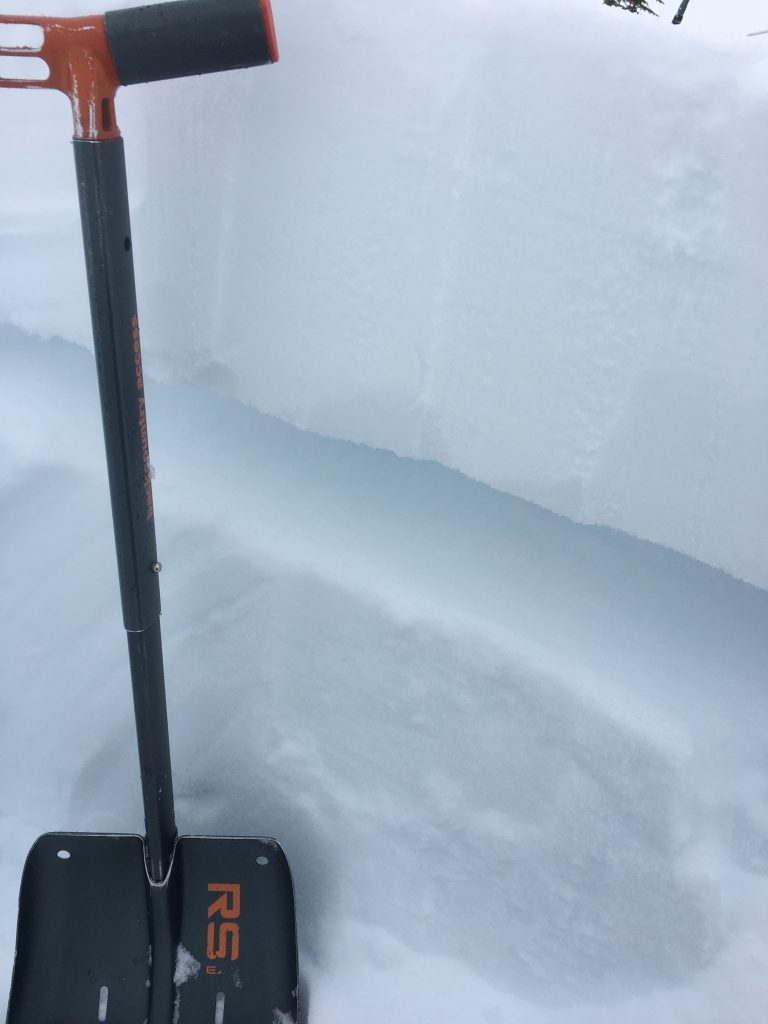 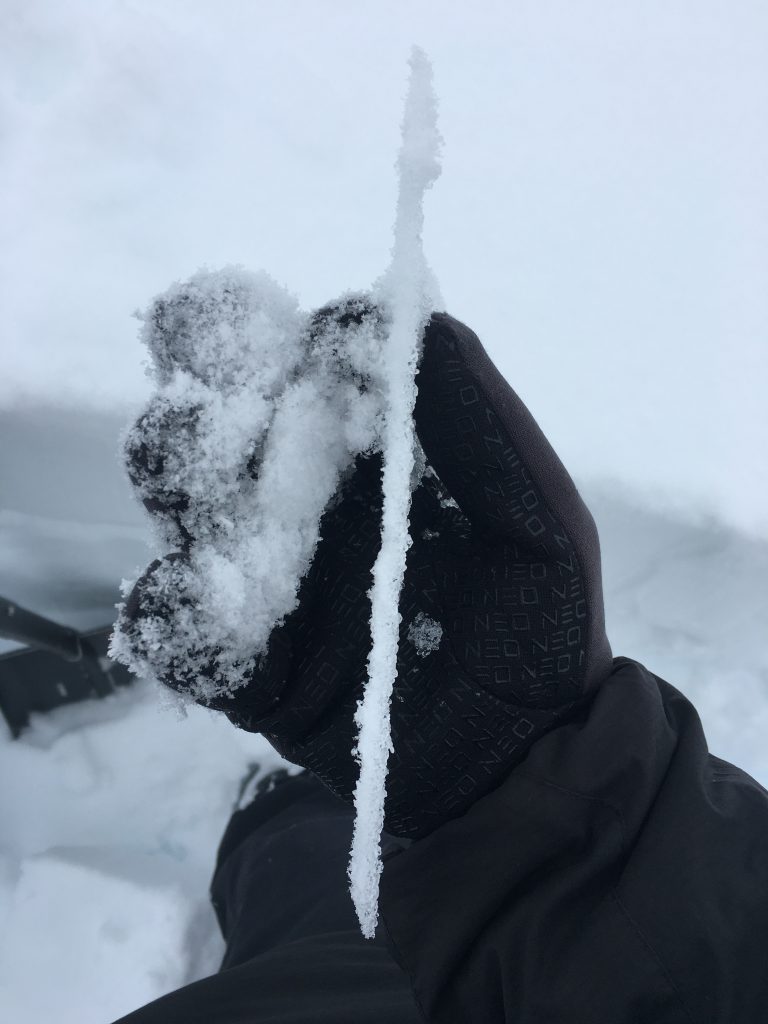 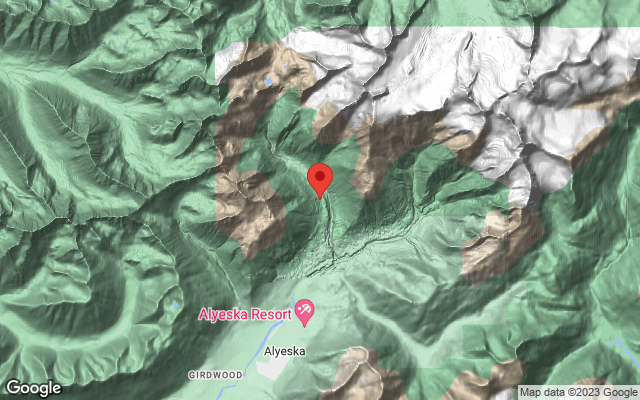