Small D1 loose snow avalanches were triggered by skiers on steep slopes - photos are below - running fairly slow and not too far down slope. These appeared to run on a recent sun crust buried by snow at the end of last week.

Small slab avalanches observed in the region at a full variety of aspects and elevations above 3000', but no slab larger than a D1 observed today that hadn't already been reported. See below for photos of two slabs up Bertha Creek.

Scattered high clouds -> broken with moments of sun in the afternoon
11f at the car in the morning, warming to the 20s on all parts of the route
Generally calm, and you can feel that sun when it's out

Surface hoar present on all but steep solar aspects that have been hit hard by the sun recently. Generally 3-6" of ski penetration along the route, with stiffer snow on south aspects with moderate slope angles. The snow was almost moist on S and SW aspects that were steeper by late afternoon, even above 3000'. No crusts on the surface or under the recent snow where we traveled, but we generally avoided steep S and SW slopes.

See below for pit structure and test results. Despite a fairly thin layer of soft, large rounding facets buried just 1' from the surface at this wind scoured location, compression tests didn't fail under normal taps or overdrive taps. This was surprising given the structure! 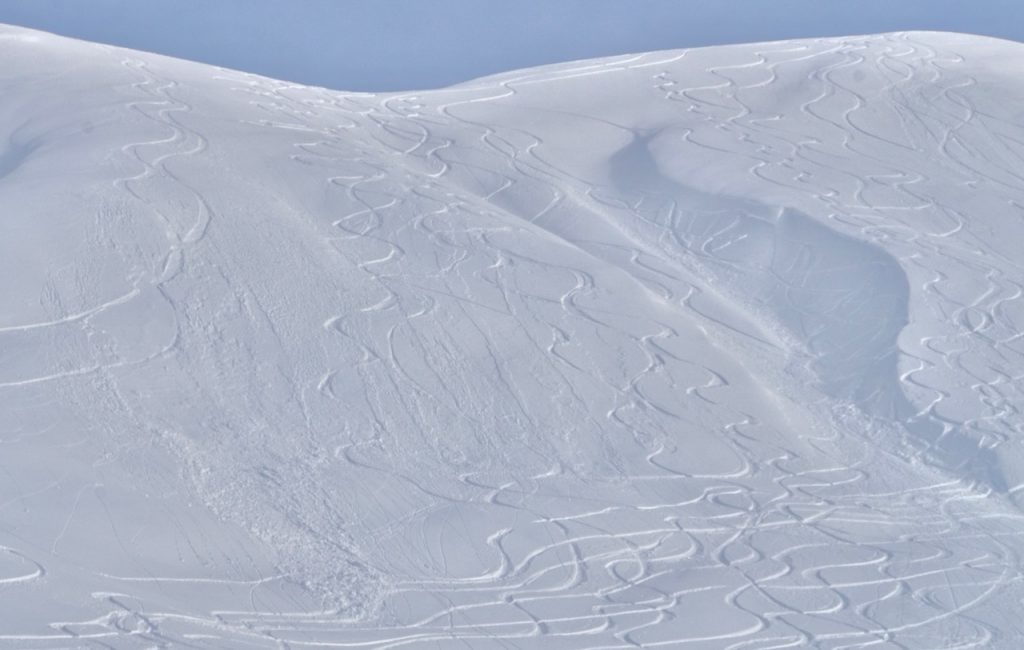 Skier triggered dry loose slides this morning on a fairly steep SW aspect of Cornbiscuit. Similar stuffing was not happening on west aspects at this time... the crust under new snow from the end of last week may have been the culprit! 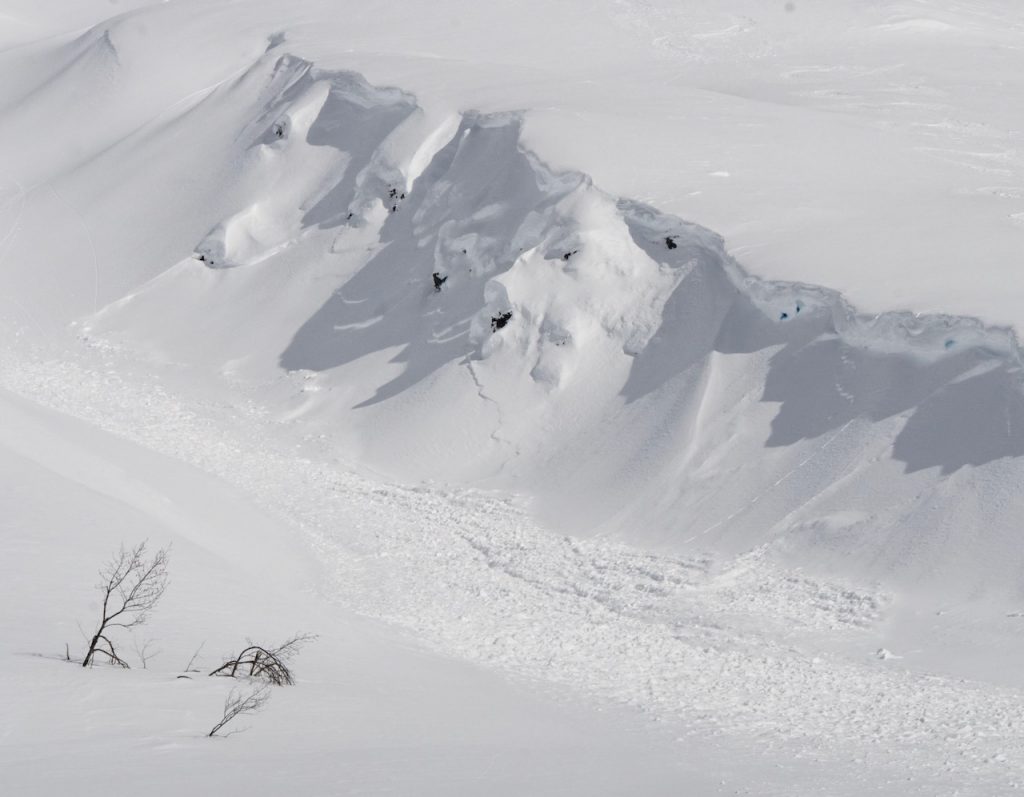 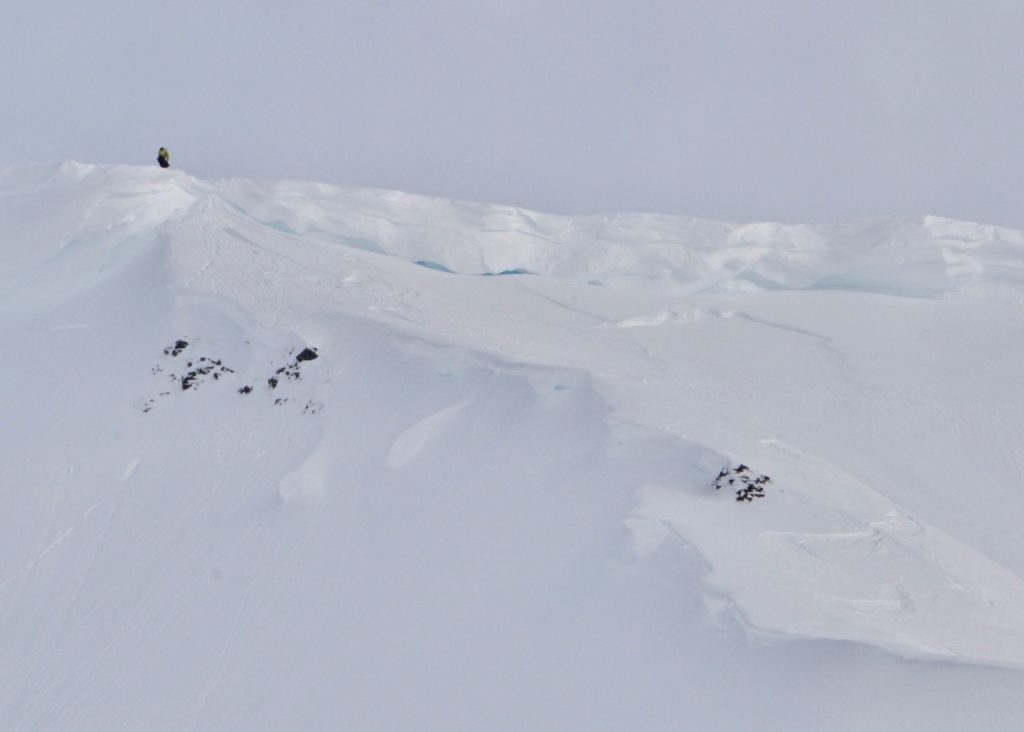 Small natural slab below the corniced ridge of Gold Pan, which was present before skiers started skiing the slope. This was the deepest and newest slab activity in Gold Pan from our vantage point, though some smaller recent crowns or older large ones that have blown in were also faint, as pictured below... 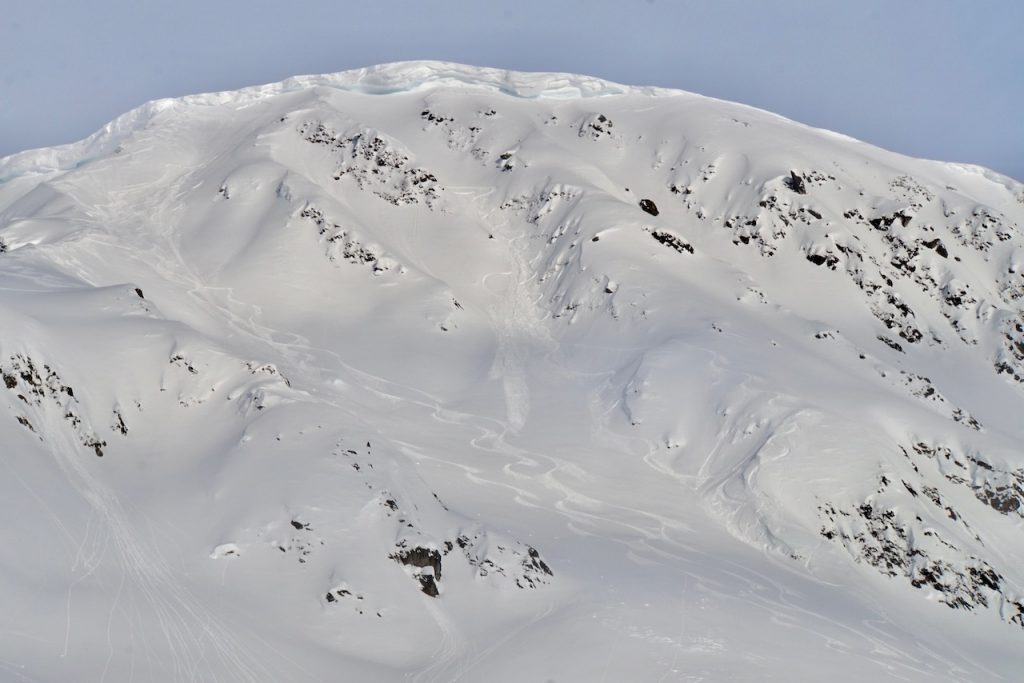 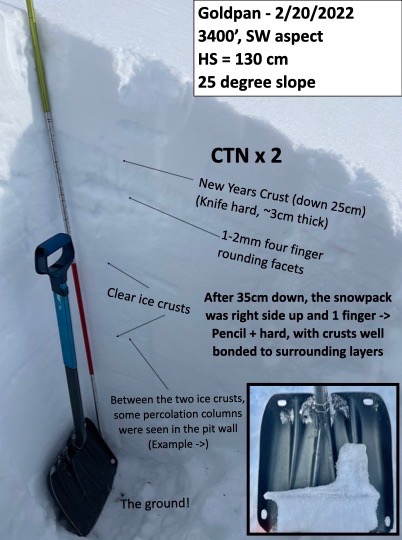 Pit structure and results - none - as discussed above. 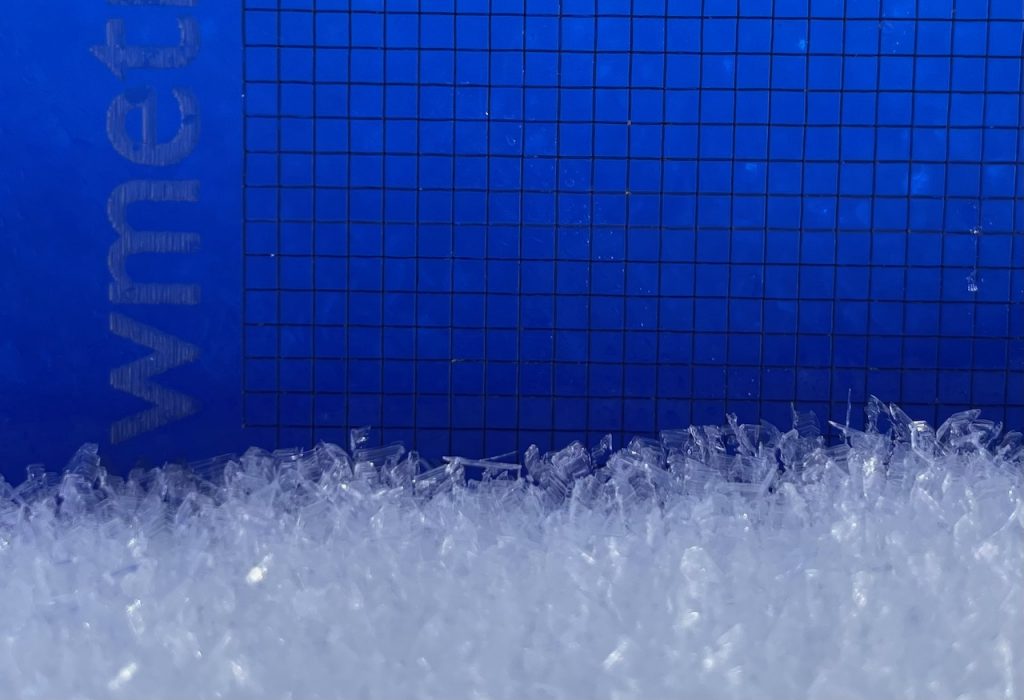 Surface hoar at the pit location, which was also present along most of the route today - largest down low. 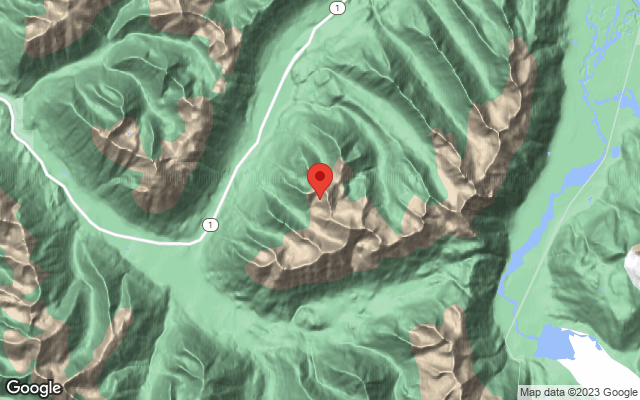