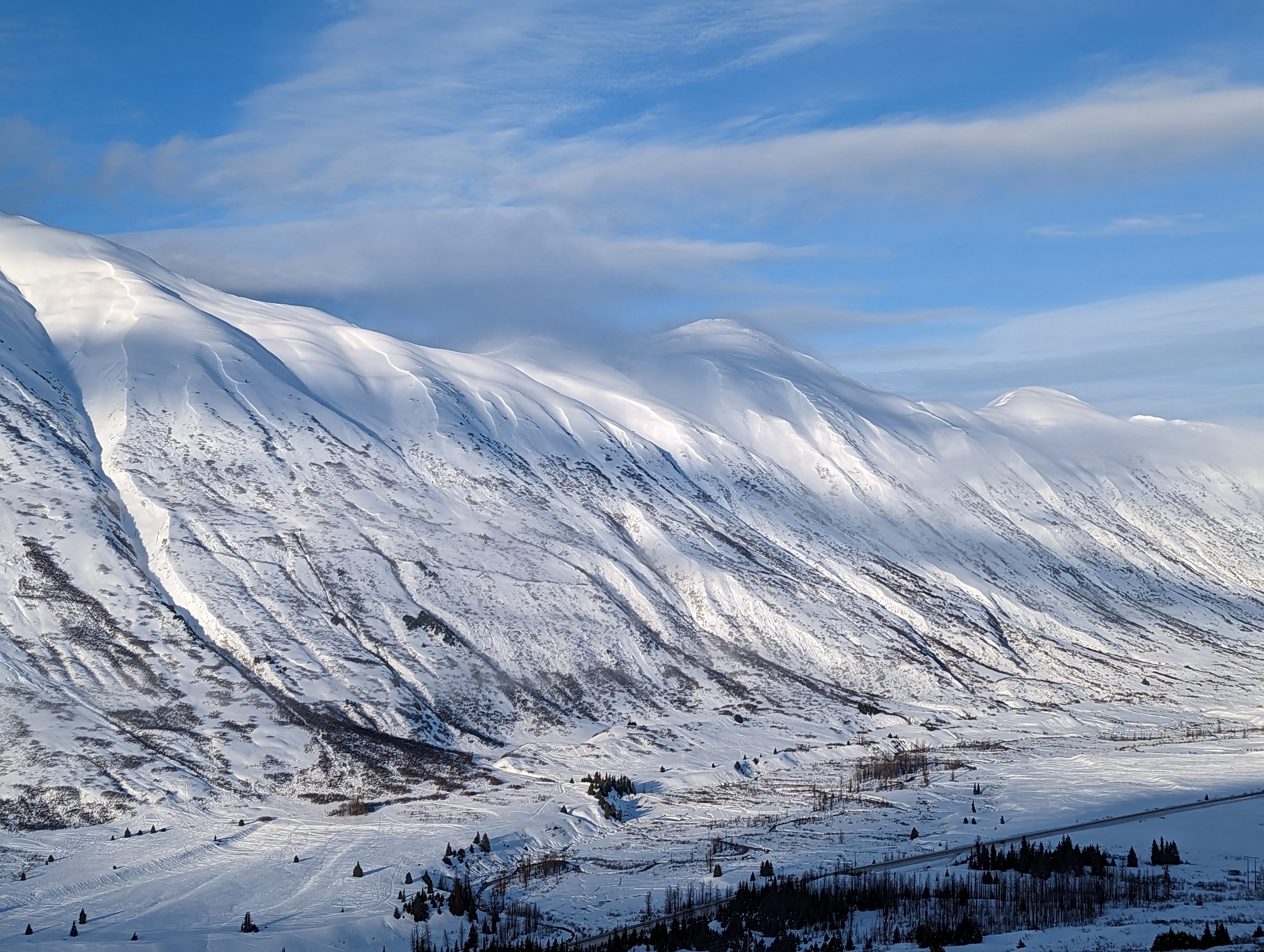 Toured up to top of treeline on NW ridge of Cornbiscuit then across to the SW shoulder.

Warm temps in the low 30s at the trail head. Calm winds at treeline elevations but we did see some wind transport along upper ridgelines.

We dug pits on a NW aspect at 1900' and on a W aspect at 2000'. The 1/10 layer of buried surface hoar was about 1.5-2' deep in both locations but we did not see propagation on that layer in our extended column tests. We also found another layer of surface hoar about 8" deep that I think was buried on 1/18. This layer did not have propagation in our tests either. 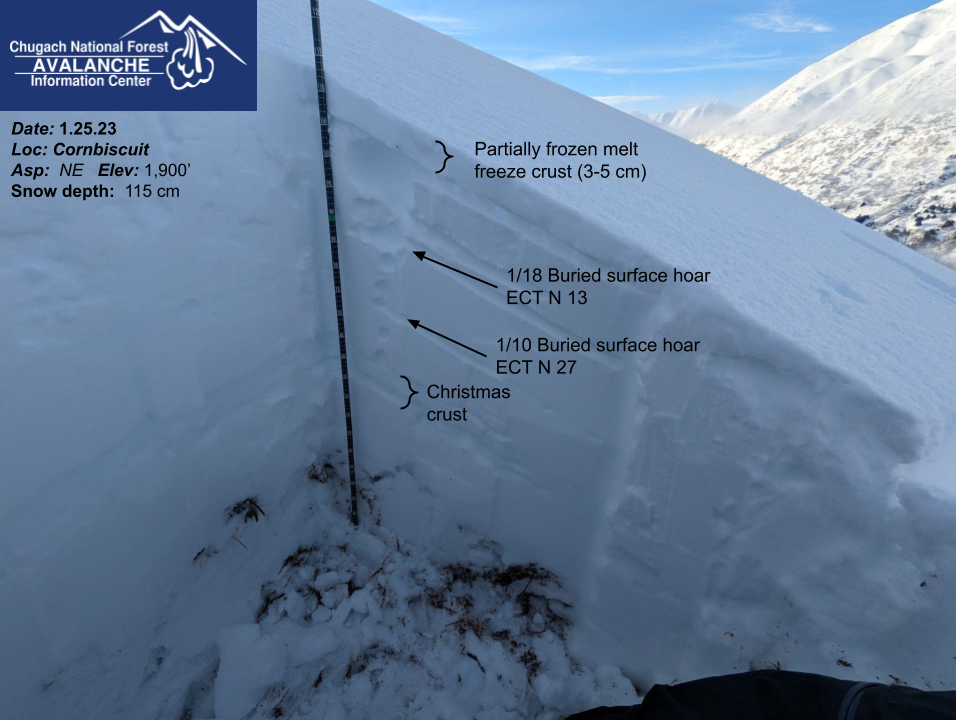 Snowpit structure at 1900' on a NW aspect. Note two layer of buried surface hoar in upper 2' of the snowpack. 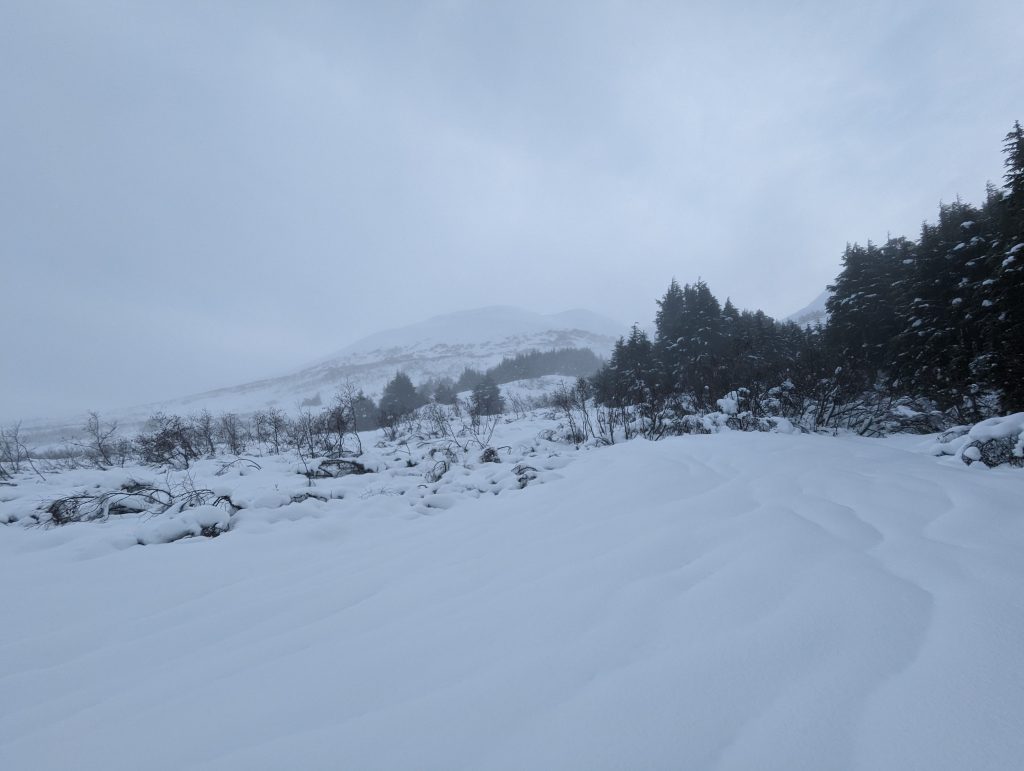 Socked in with valley fog in the morning with alders still peaking above the snow surface a bit. 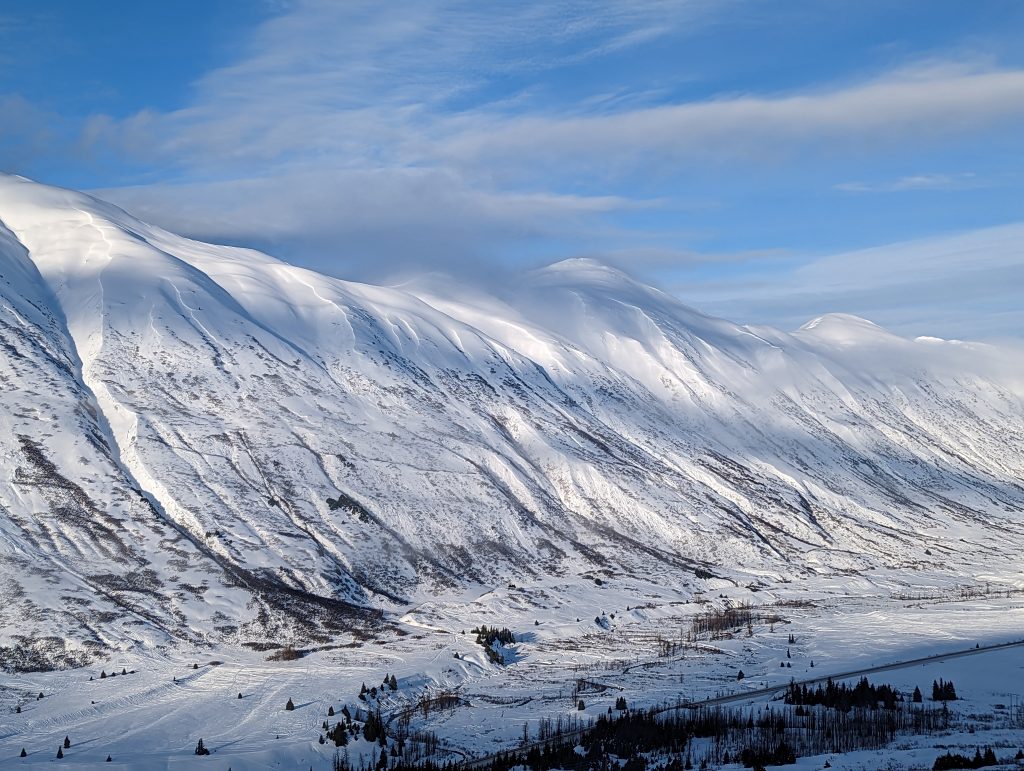 Visibility improved throughout the day and we had sunny skies in the late afternoon. No recent avalanche activity in our area, except widespread roller balls on W, S, E aspects up to 2500' 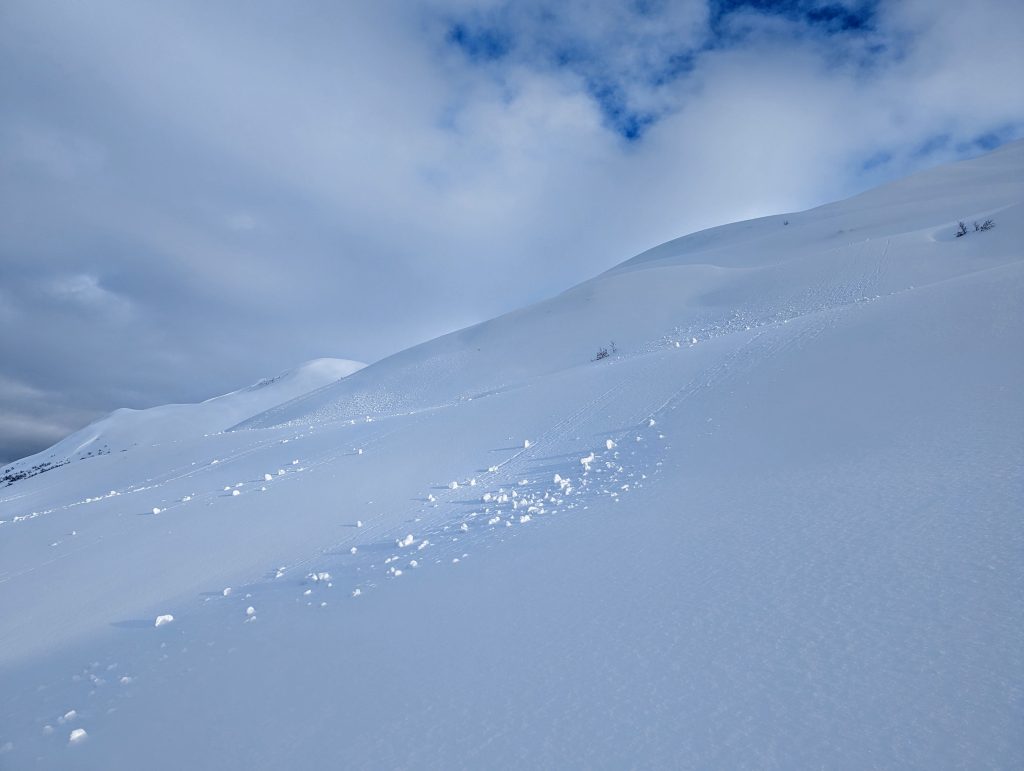 Lots of roller balls on the W face of Cornbiscuit. 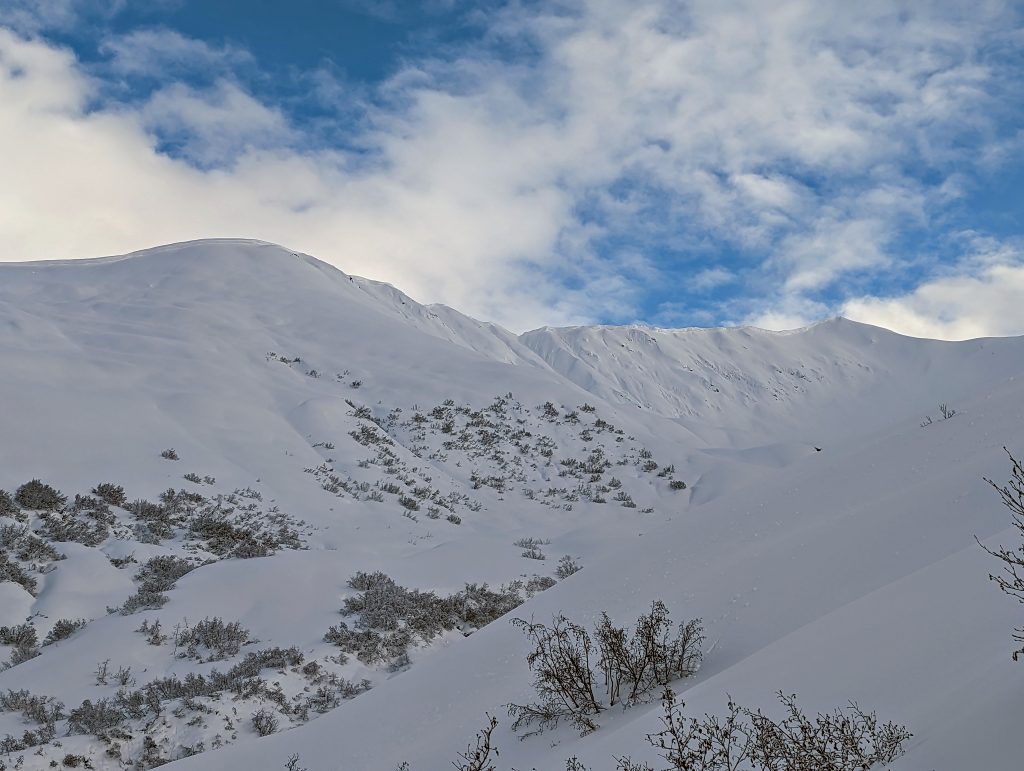 Adding to already large cornices at upper elevations with these last several wet and windy storms. 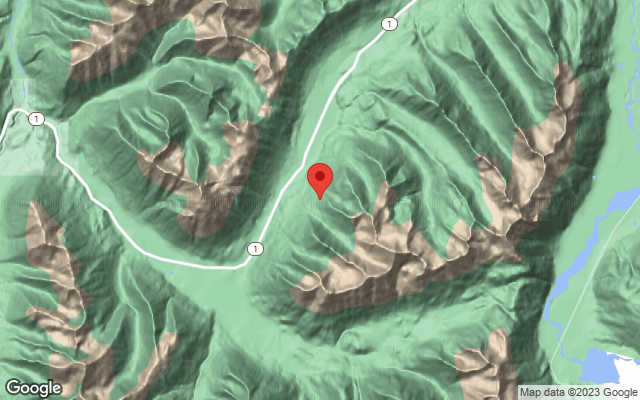