Toured up Bertha Creek and stopped at about 2000′ on the north face of Lipps and 2500′ on the SW face of Cornbiscuit to check on surface conditions and upper snowpack stability.

Almost all the gullies along the SE face of Seattle Ridge had some debris from glide avalanches.

Mostly sunny with occasional clouds and calm to light winds. Temperatures were getting pretty warm in the afternoon, especially on steep south facing terrain but I left before the heat of the day peaked.

Firm and thick melt freeze crust at lower elevations on all aspects I traveled on. The crust was 20+ cm thick on the approach and so frozen I could not break through it with a ski pole or boot. On northern aspects the crust was much thinner (2-3 cm at 2000') with dry snow underneath, and it is likely that the crust would go away entirely on steep north facing terrain at higher elevations.

By 2 pm the south and southeast facing terrain between 1500-2500' had boot penetration about ankle deep and it was starting to get easy to punch through the bottom of the crust with a ski pole. The west facing terrain had just started to soften and the corn was still pretty al dente. I did not see any new wet loose avalanches out of the steep south facing rocky terrain, but I'm guessing some started coming down naturally later in the afternoon and evening. 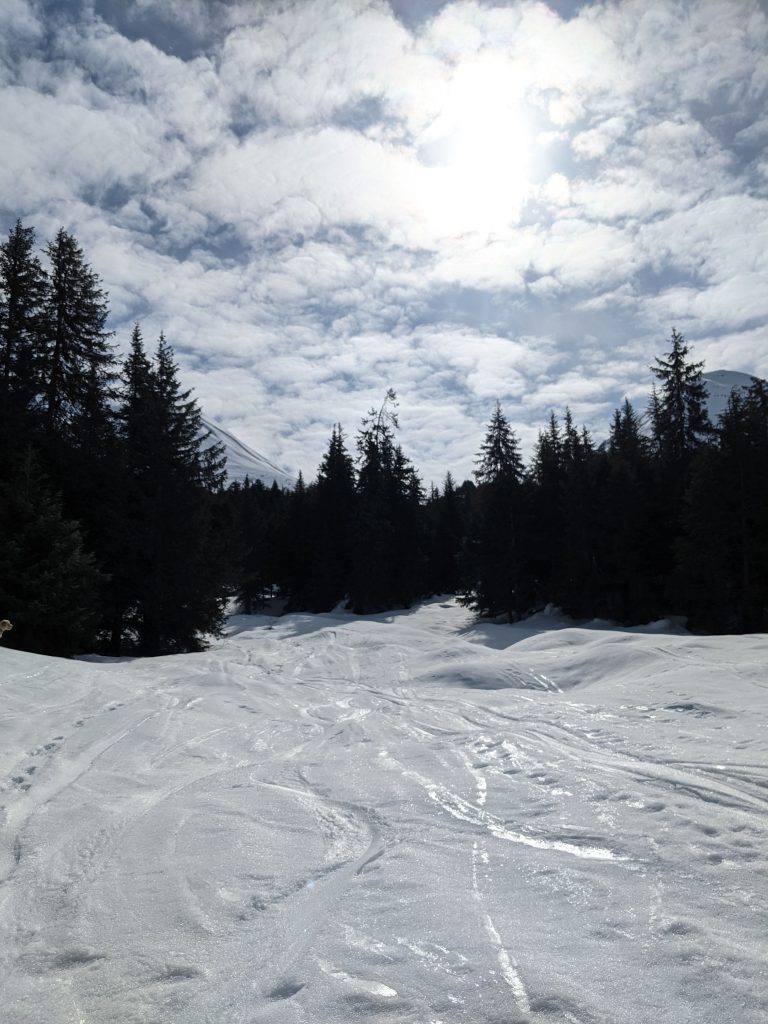 Very supportable melt freeze crust on all aspects I saw at lower elevations. 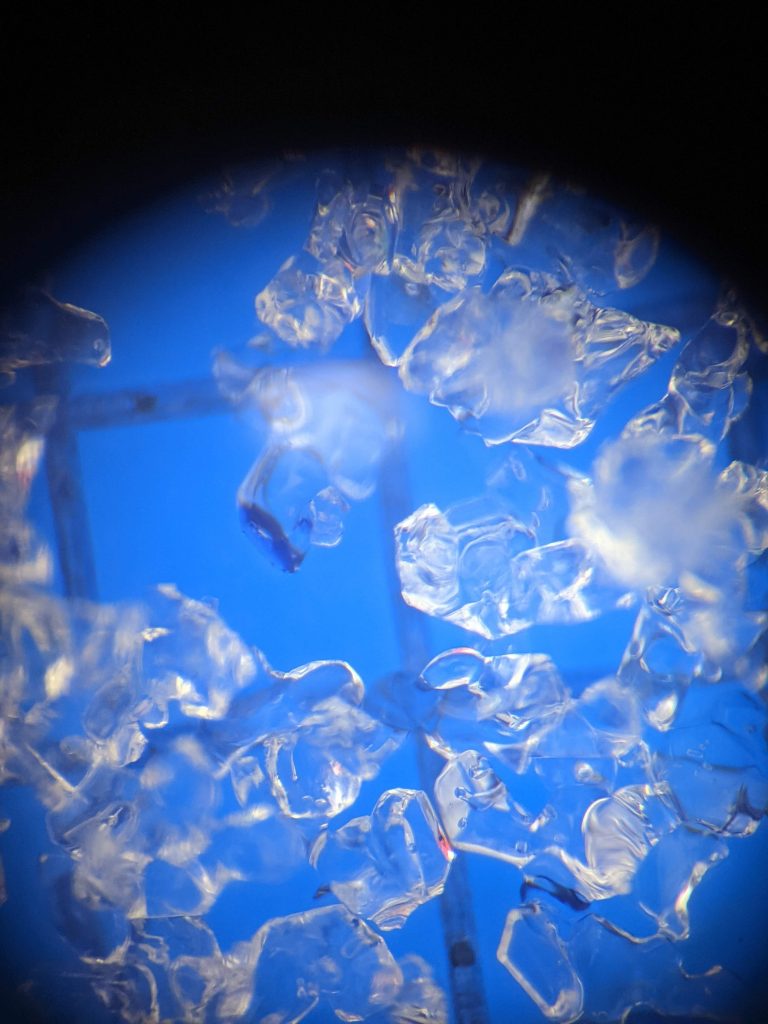 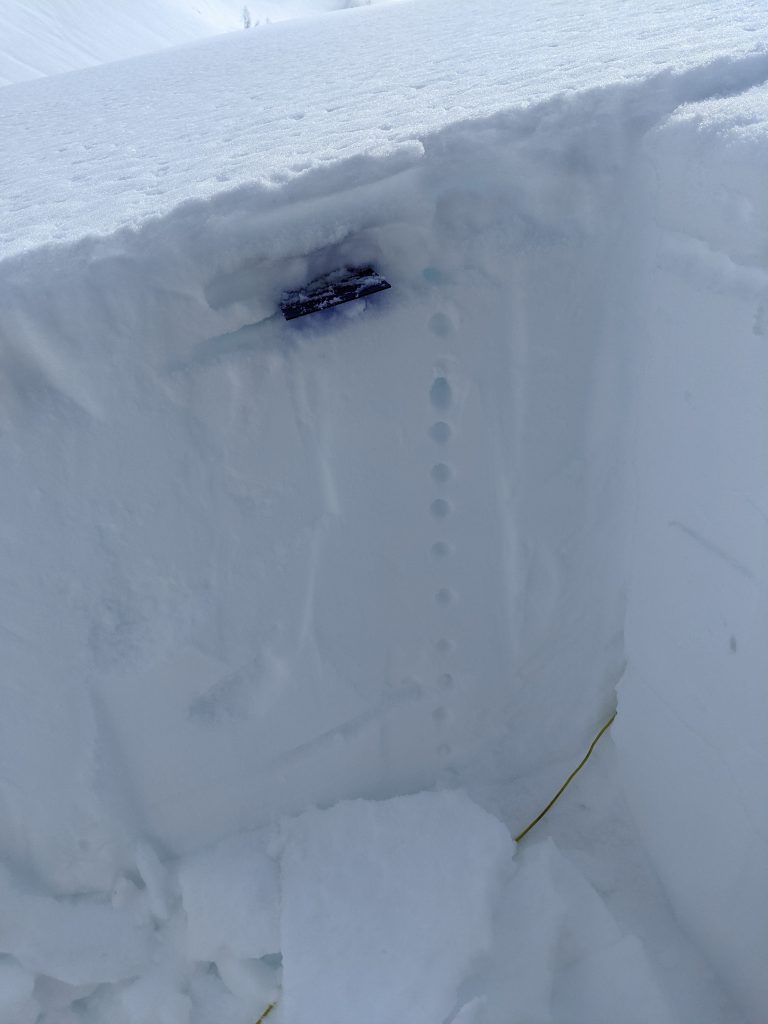 Upper snowpack structure on north aspect at 2000', the blue crystal card is in the layer of facets. 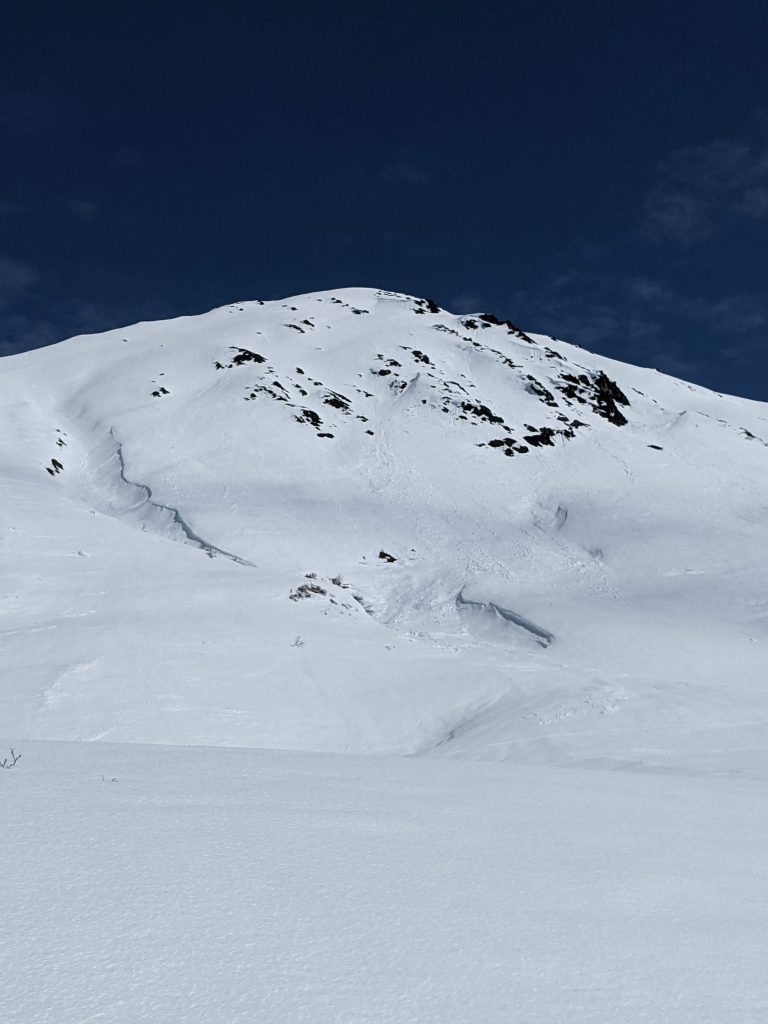 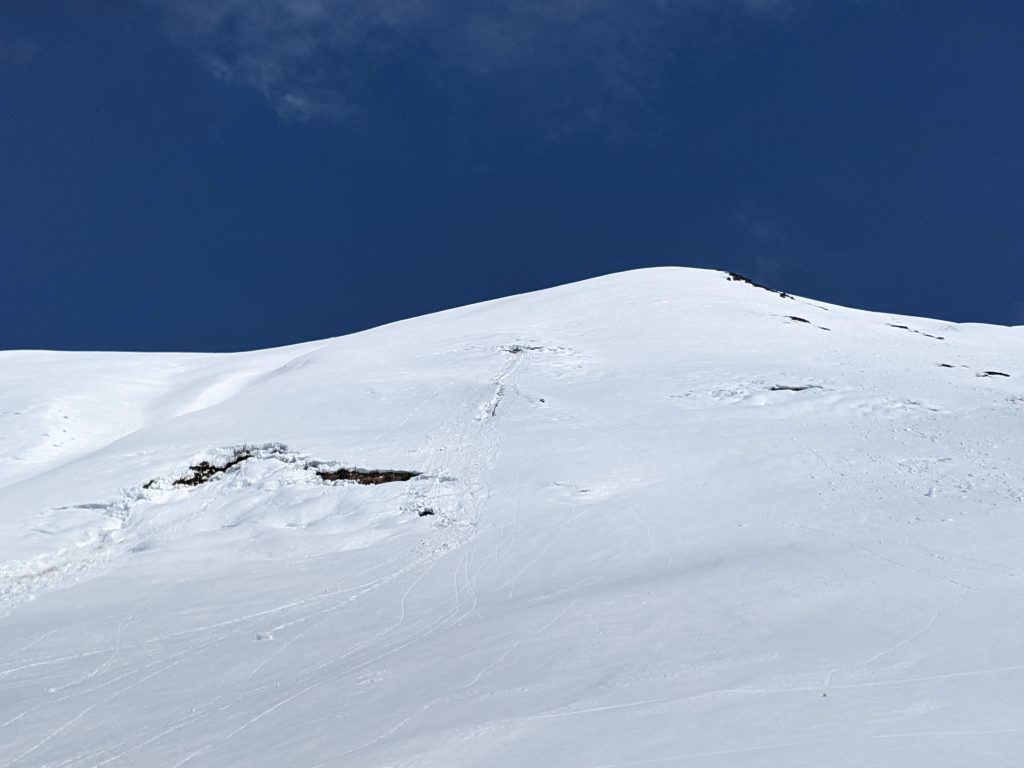 Many glide cracks on the SW face of Cornbiscuit, with only 1 small debris pile below part of the largest crack. 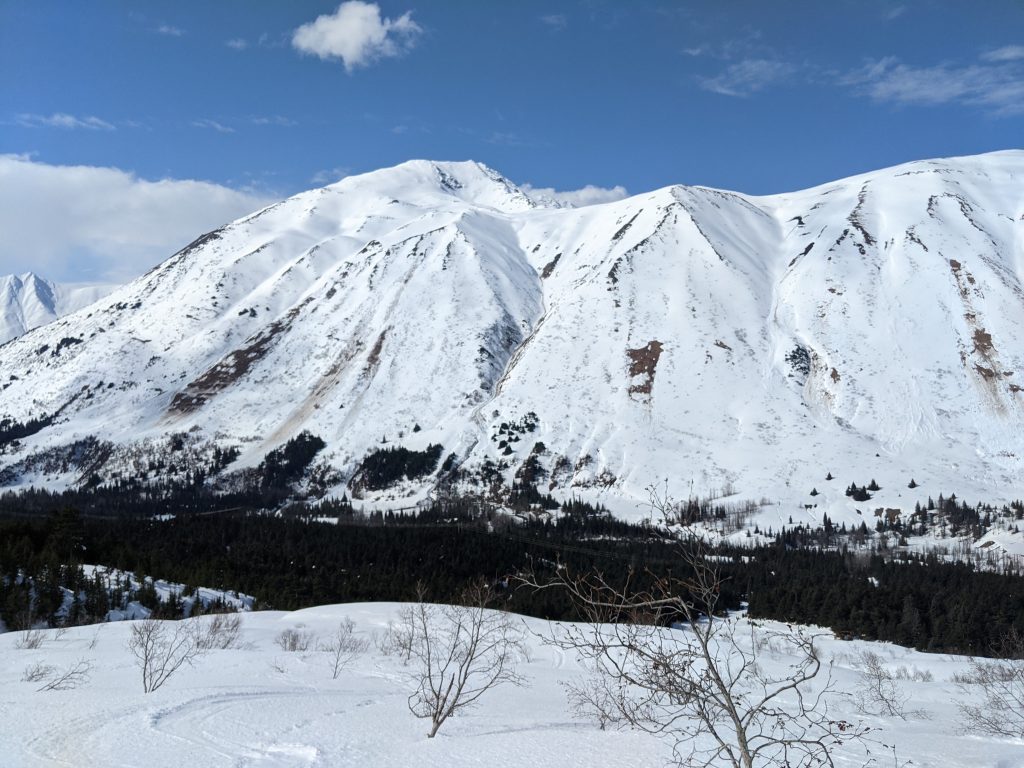 So many glide releases along the SE face of Seattle Ridge 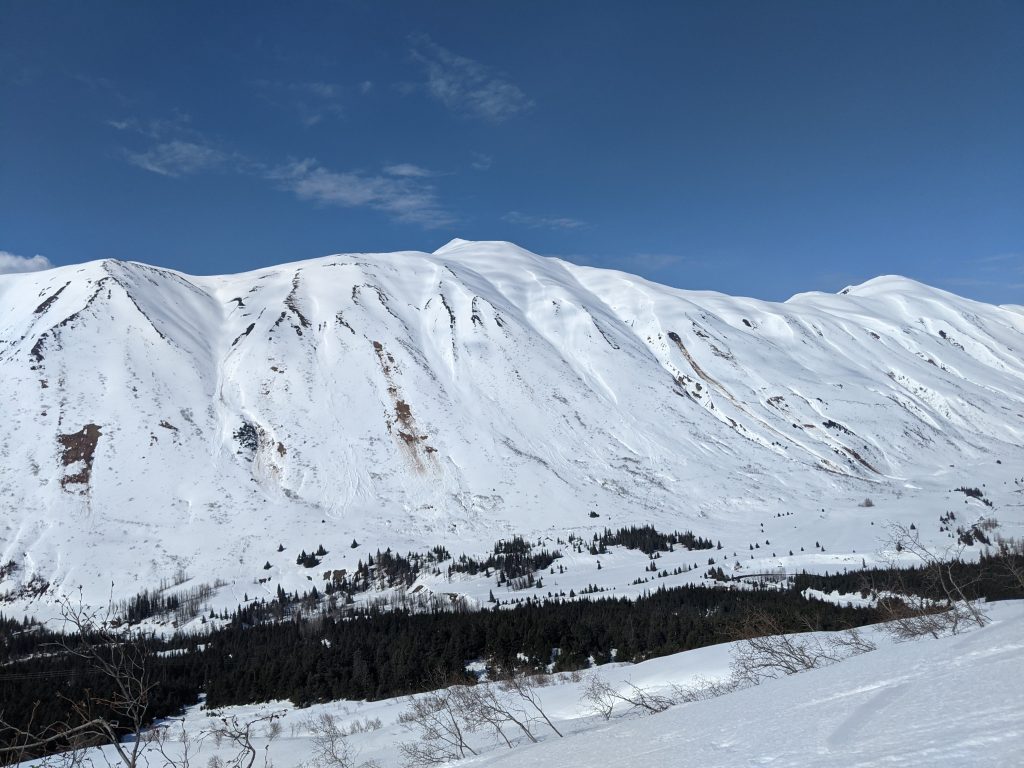 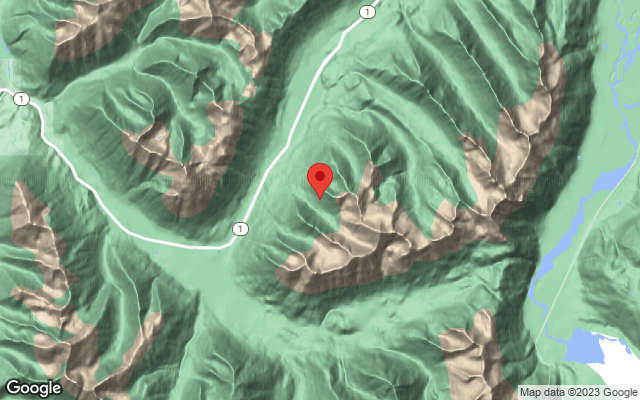