Cornbiscuit up to 3300′, descended a north chute before wrapping back to the alder meadow and digging a pit.

We got a few photos of the glide crack above the Seattle Ridge moto-uptrack.

We encountered a steep convex roll down in the bowl between Magnum and Cornbiscuit. The first skier down it triggered a shallow (2-3 inches deep) wind slab that broke at their feet and propagated about 25 feet. It was on a small terrain feature so it only ran 20 feet below.
A following skier went down and broke additional chunks from the shallow crown.

This seemed to a fairly fresh slab, based off the winds picking up and it's shallow depth. This slab happened ~500' below any ridgelines, but in a spot where terrain seemingly funneled winds.

At the bottom of this path there was larger avalanche debris that seemed to originate from one of the steep Cornbiscuit north chutes. It was hard to tell how recent the debris was due to flat lighting. Other Cornbiscuit chutes seemed to have semi-recent debris from small and soft/loose avalanches.

We did not find/trigger any windslabs directly off the ridge while touring or descending.

Skies at 10 am were scattered, at 12pm were broken, and then quickly became overcast by 12:45.

Winds were generally felt from the ESE, but we did not feel any until we were at about 2800', just before skies became overcast. The winds started light but quickly built to moderate with strong gusts, able to transport snow.
When we dug pits around 1:15pm, the winds were strong enough to actively transport the soft snow along the surface at 2000'.

Forgot to check temps at car but in the morning at the parking lot it felt to in the single digits and significantly warmed up (but stayed below freezing) by the time we returned at 2pm.

We observed small (2-3mm) surface hoar in clearings up to 1500'.
This was above ~10 inches of settled powder.
Along the ridge, the snow had varying levels of wind effect, but most places were still generally soft.

We dug 2 pits a WNW aspect at 2000'. They had similar structure and 200cm height of snow. Two thin crusts were present 45 and 55cm below the surface, but with no associated weak layers. An interface between rounded snow and rounding, faceted snow was found 70cm below the surface.
No results when performing instability tests (CTN, ECTX x2, including overload). Following the ECT in Pit #1, the column broke at the facets 70cm below the surface when pried with the shovel. 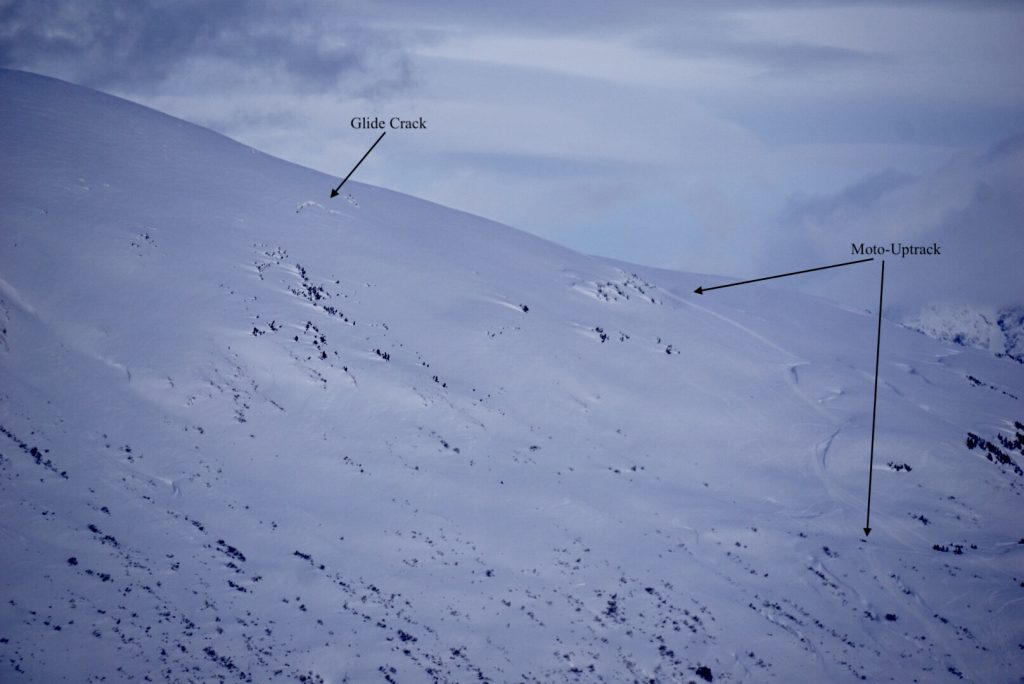 Glide crack near the motorized up-track 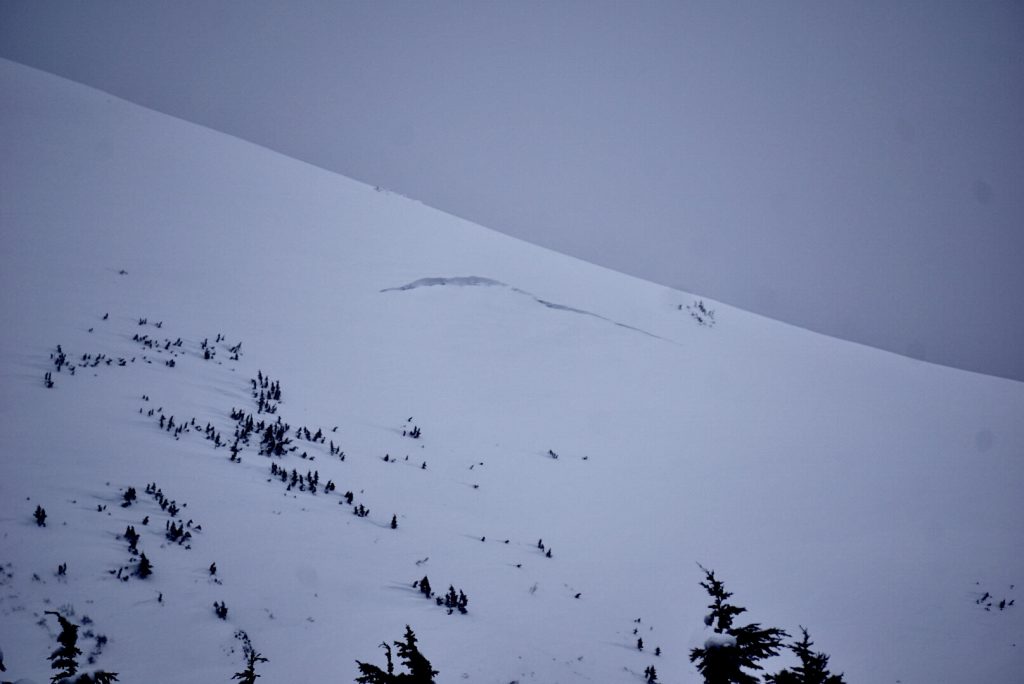 Closer up view of the glide crack 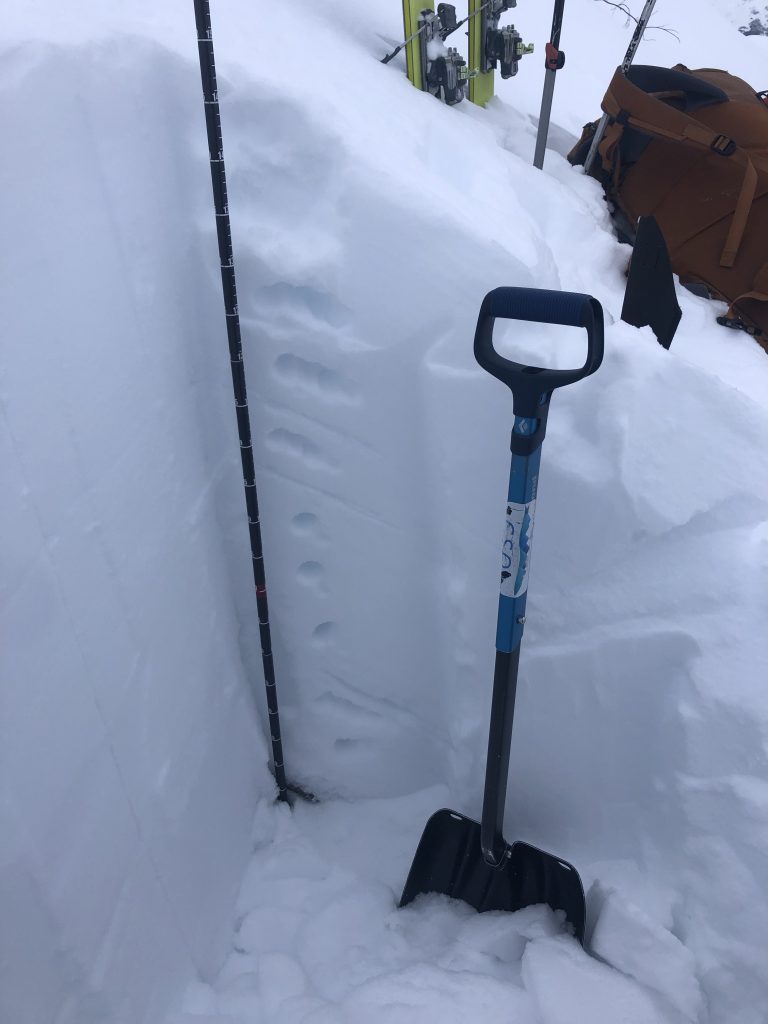 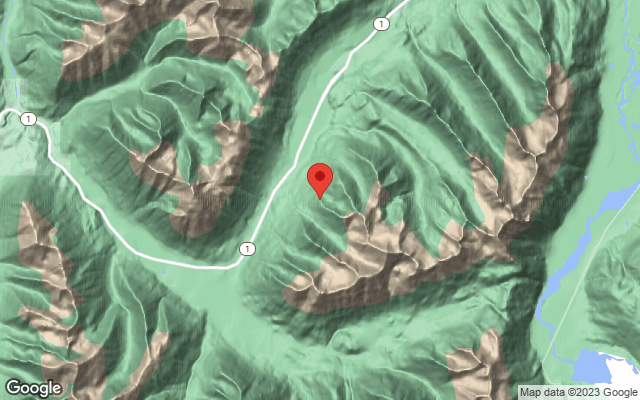