We skinned up to just below 2000′ and stopped just before we got on anything steep. We had some unstable test results fail on the layer of low density snow from 1/15, which is below a thin crust that likely formed 1/17 or 1/18. We did not get to an elevation above this crust, but suspect it disappears just above 2000′.

Before we started hiking, we drove to the Hope Y to get an eye on the widespread activity from yesterday’s storm and saw multiple small to large (D1-D2) avalanches. We also noticed several large cornice collapses, as well as widespread wind-sculpted surfaces at mid and upper elevations.

We saw evidence of a widespread natural avalanche cycle from the recent storm. On Turnagain Pass, most avalanches looked to be around 2' deep, but there were some deeper crowns on wind-loaded slopes. Some looked like they were from the tail end of the storm as the crowns were more pronounced and not blown in/or covered with storm snow. Here is a list of some of the activity we saw:

-Almost all of the Magnum ridge towards Super Bowl had slid in multiple avalanches over the past few days.
-Most of the cornice above PMS bowl on Magnum and along the ridge towards Super bowl had failed during the storm.
-There was a large natural wind slab on the west face of Lipps, with a crown up to 5-6' deep and around 100' wide. Another wind slab released on the north aspect of Lipps, which was a similar depth but not nearly as wide.
-Multiple D1-D2 wind slabs released in the gullies on Seattle Ridge. There was a deeper wind slab that released near the Repeat Offender slide path, and triggered a storm slab avalanche lower down on the slope.
-A storm slab ~2' deep and 150' wide released below Hippie Bowl on Tincan.
-Pyramid west face had 2 large slab avalanches, one that was brown at the bottom and looked like it had started as a dry slab and gouged into wet snow down low.

We also saw multiple large storm slabs on the north side of the Seward Highway between Johnson Pass and the Hope Y.

It was a beautiful day up there today. Clear skies with some lingering valley fog that never quite burned off. Winds were calm and temperatures were in the mid-20's F. Clouds starting moving back in late in the day.

Yesterdays storm finished off quite cold and dry, which left around 2" low density snow at the surface at lower elevations, and up to a foot of low density snow around 2000'. There were all kinds of Dr. Seuss-looking wind forms at the mid-elevations, and serious wind sculpting in the alpine. Along a mini ridge at 1700' it was scoured down to the the thin melt-freeze crust which was a bit grabby on the decent.
Lots of wind roller balls across many of the lower slopes, common with strong winds and moist snow.

We each dug pits at four elevations to look at the snowpack structure after multiple days of fluctuating temperatures and switching between rain and snow at lower elevations. Here is what we found:

From the parking lot (approx. 800') up to around 1000': There are two distinct very wet layers in the upper 2 feet of the snowpack, along with a third layer closer to 3' down. Our best hypothesis was that the upper two formed as a result of rain wetting the surface before they were buried, but the deeper layer is a result of water percolating through the snowpack.

Between 1000' and 1200', there was a layer of moist snow sandwiched between two very wet layers buried about 2' deep. The entire sandwich was roughly 10 cm thick. There was also a thin crust just a little bit higher that was only a few mm thick, but was showing some cause for concern in tests at upper elevations (see below).

Above 1400', the melt sandwich was no longer present. From 4 pits between 1700' and 1900', we found the layer of low density snow from Friday 1/15 (buried stellars). There was a thin melt freeze crust was buried 1-2' deep and we had propagation just below it on those buried stellars in stability tests: ECTP13, ECTP23, ECTP26. In one of the pits the low-density snow was also propagating in tests (ECTP23), about 2-4 inches below the thin crust. As of today, the grains that were failing with both layers were stellars. This will be an interesting situation to track over the next few days-weeks to see if these round or if facets develop near the crust. 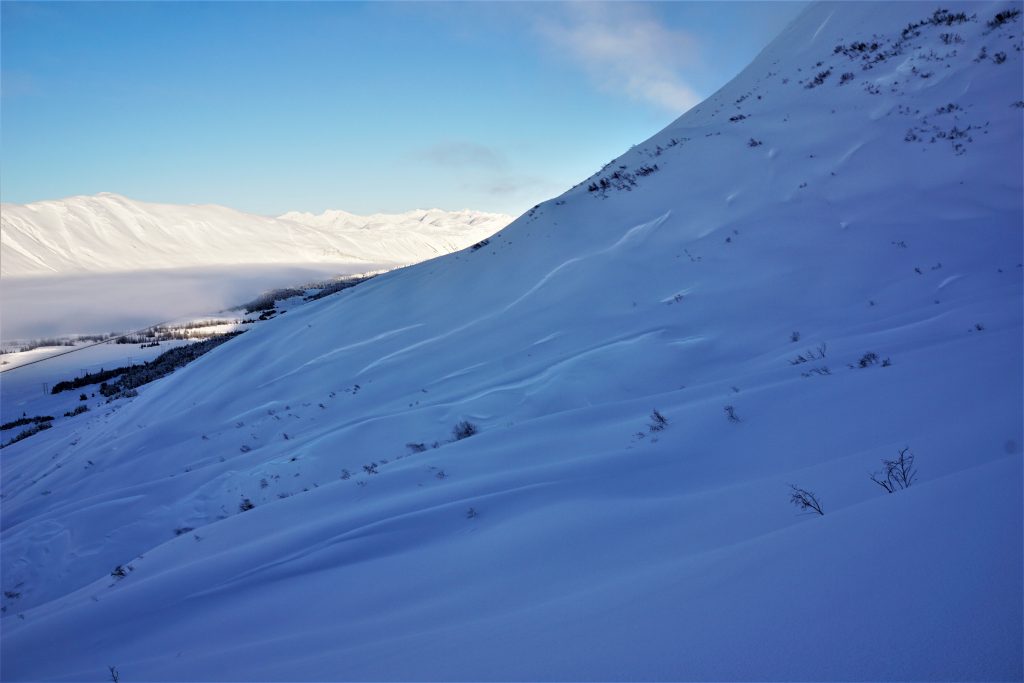 A lot of wind features in the foreground and in the background. Cornbiscuit, looking towards Magnum and Seattle Ridge. 01.19.2021 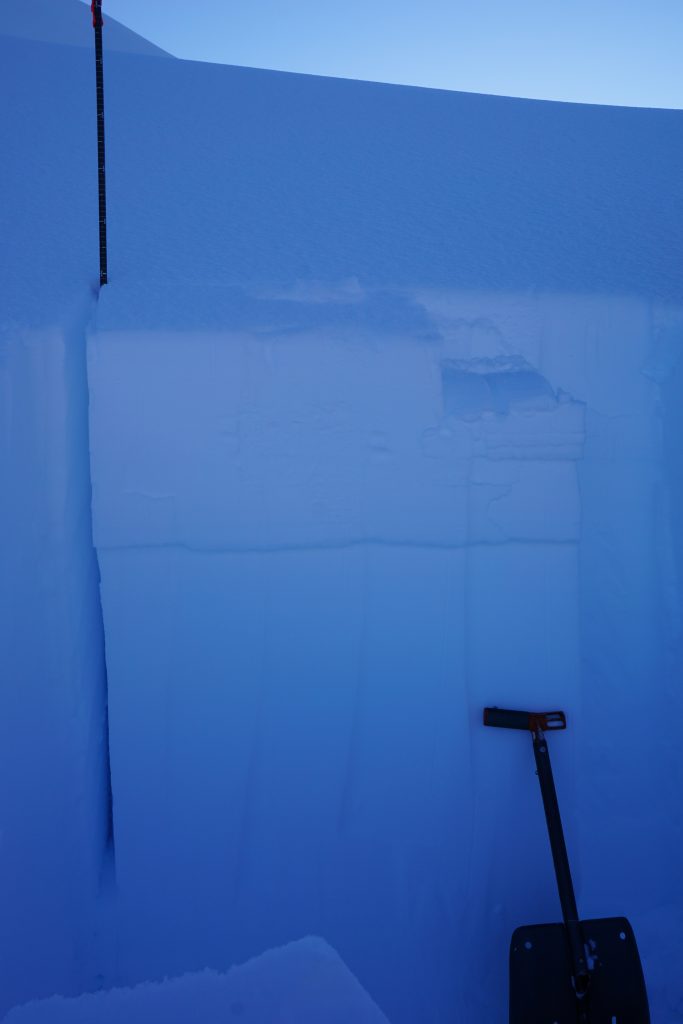 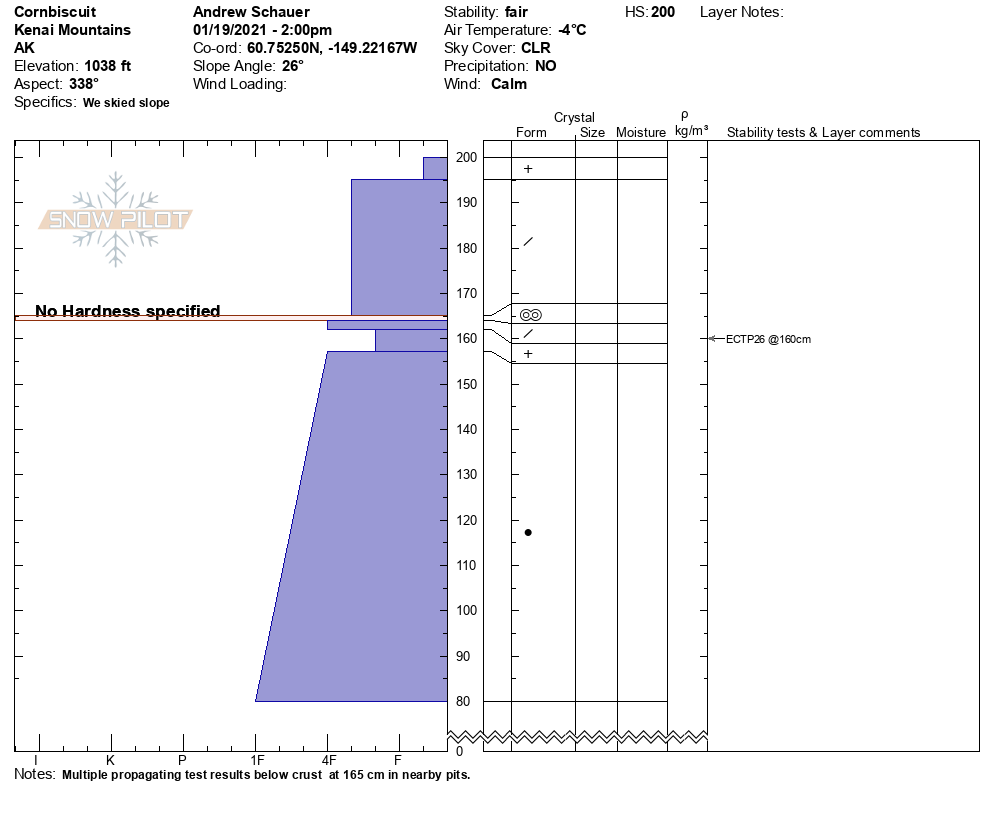 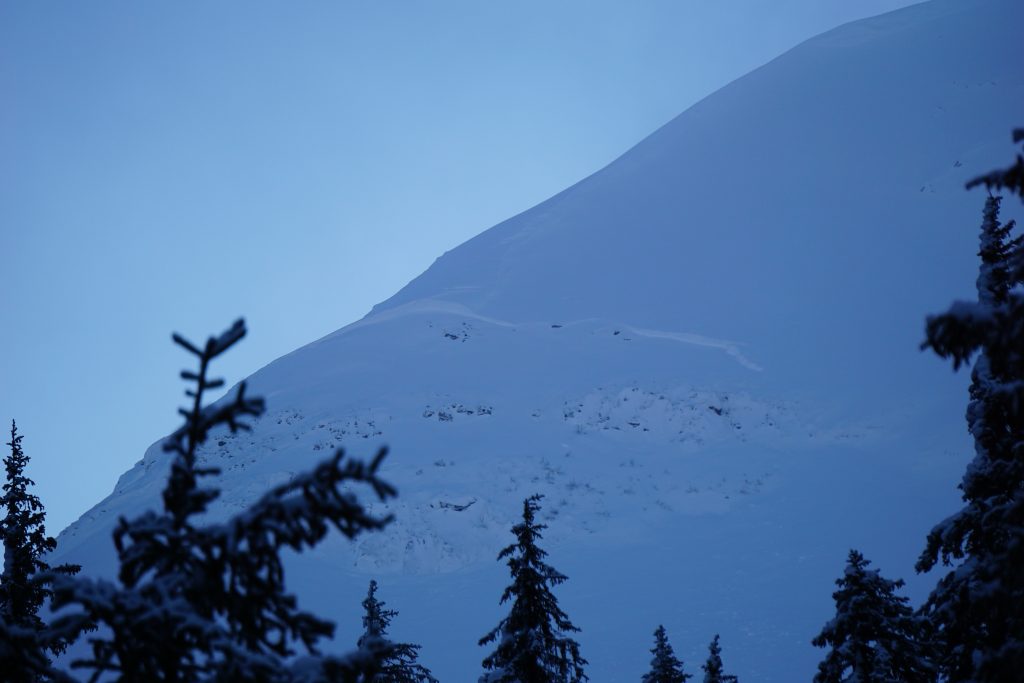 Crown from a natural wind slab on the northwest shoulder of Lipps. 01.19.2021 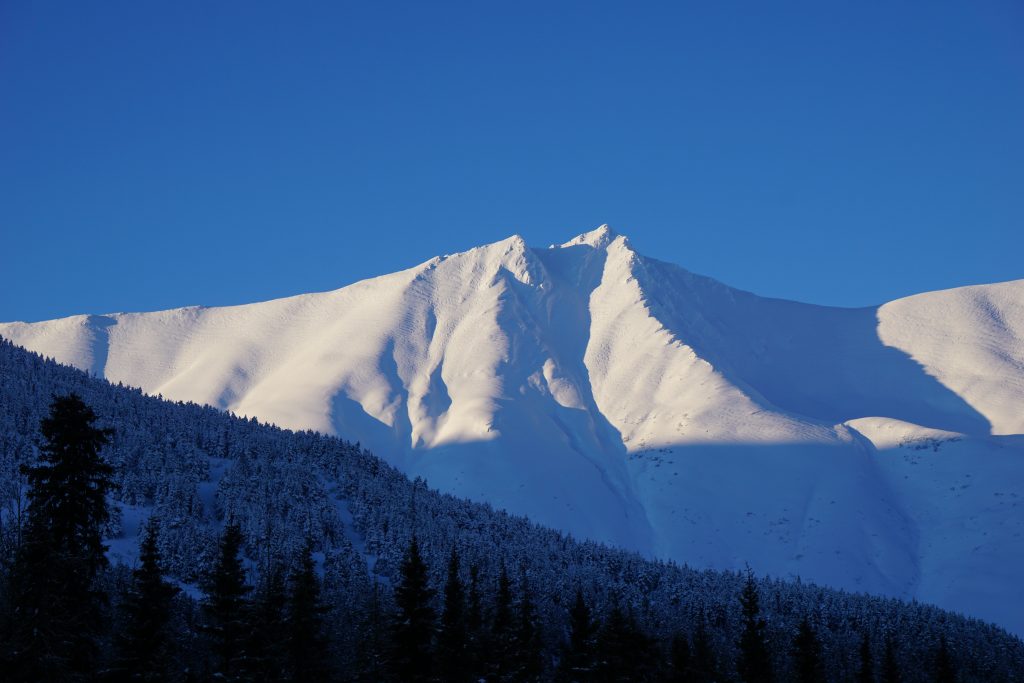 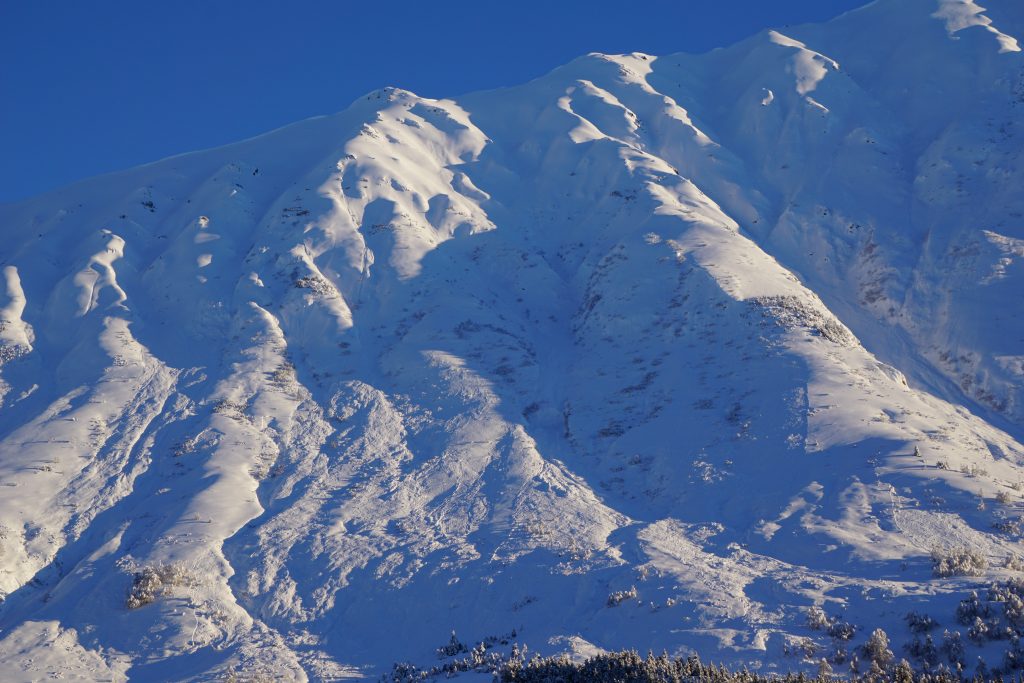 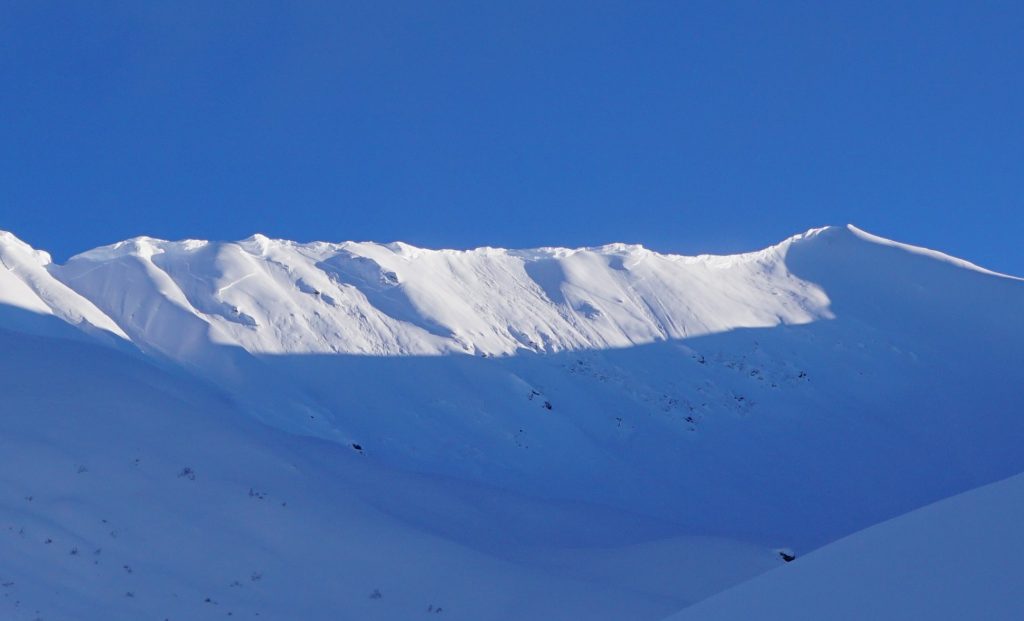 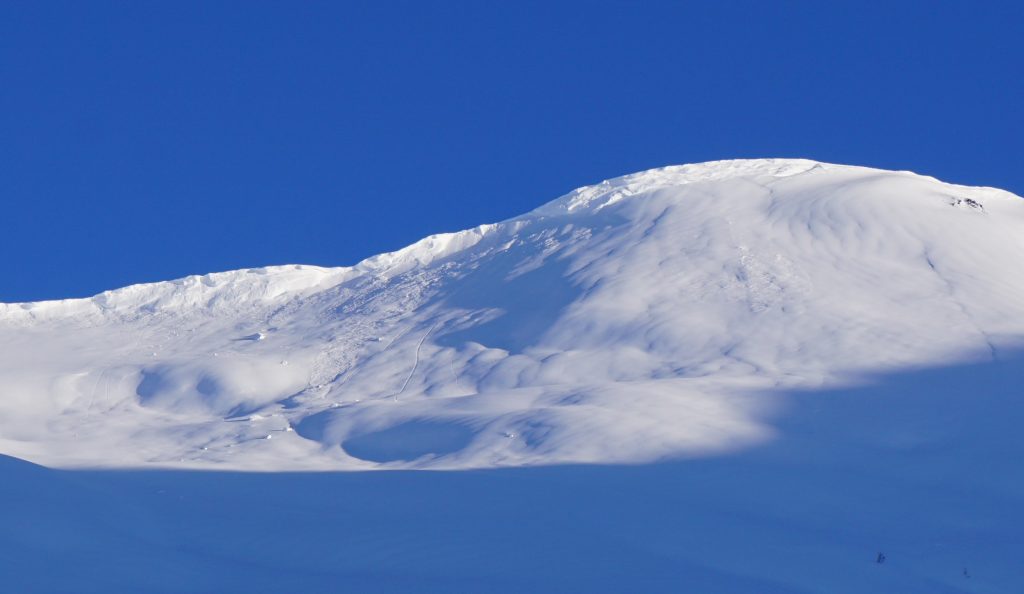 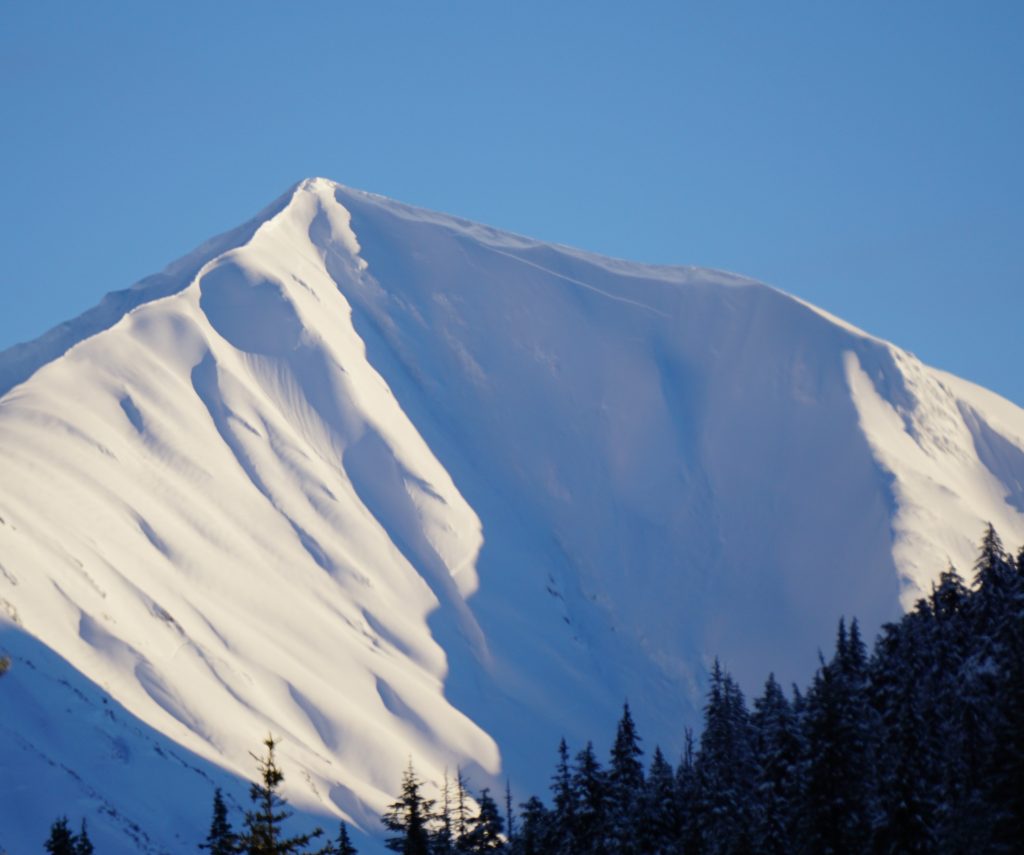 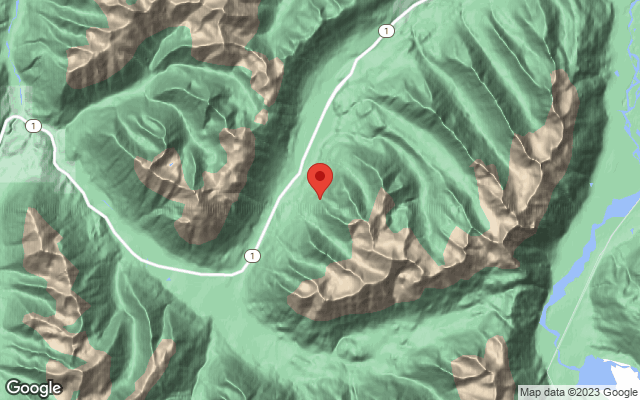