We skinned up to 3200′ and dug two pits near the ridgeline before descending near the skin track. Snow surface was a mix of soft snow and thin, punchy wind slabs.

- We got one collapse while travelling along the ridge at around 3100'. It was tough to say whether it was from the fresh wind slab or the weak snow at the ground. The snowpack was especially thin in this area, with total depth just under a meter.

- We were able to get some small chunks of wind slab to release on a tiny slope in a wind loaded gully down around 2200' (See photo).

- We also saw debris from a fresh cornice fall over on a SW slope on Magnum that looked like it failed last night or today. We couldn't get a decent photo because the light was flat.

Skies were mostly cloudy, with some sunlight poking through for brief windows in the afternoon. Winds were surprisingly light and out of the SE. Air temp was 27 F at 3100 feet at around 1:30 pm.

Snow surface was variable- mainly punchy breakable wind slabs, but wind slabs were supportable in some places and barely existent in others. There was a breakable crust up to about 1400', and a narrow elevation band between about 1500' and 2000' where the winds hadn't gotten to the snow and the temps stayed cold enough to ward off the crust.

Wind slabs ranged from about 2" thick to about 12" thick, and did not react in stability tests.
The bottom 4" of the pack was 3-4mm facets, which were starting to round. We got unstable results in this layer - ECTP26, PST35/100 END, But we also got two rounds of ECTX in the same pit. 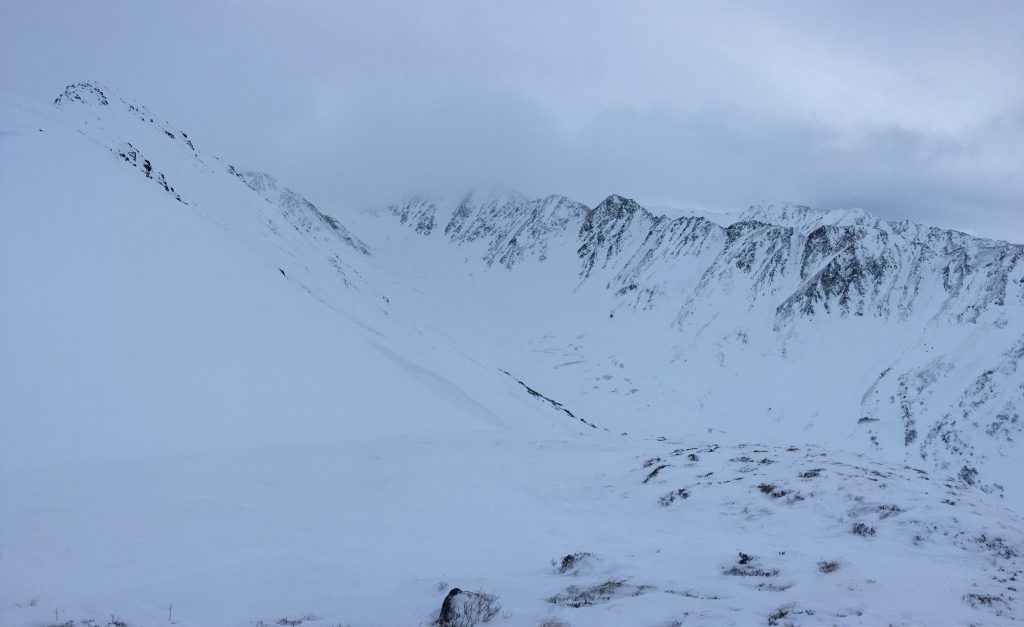 Cornbiscuit, looking southeast. The wind has been doing work up here. 12.14.2020 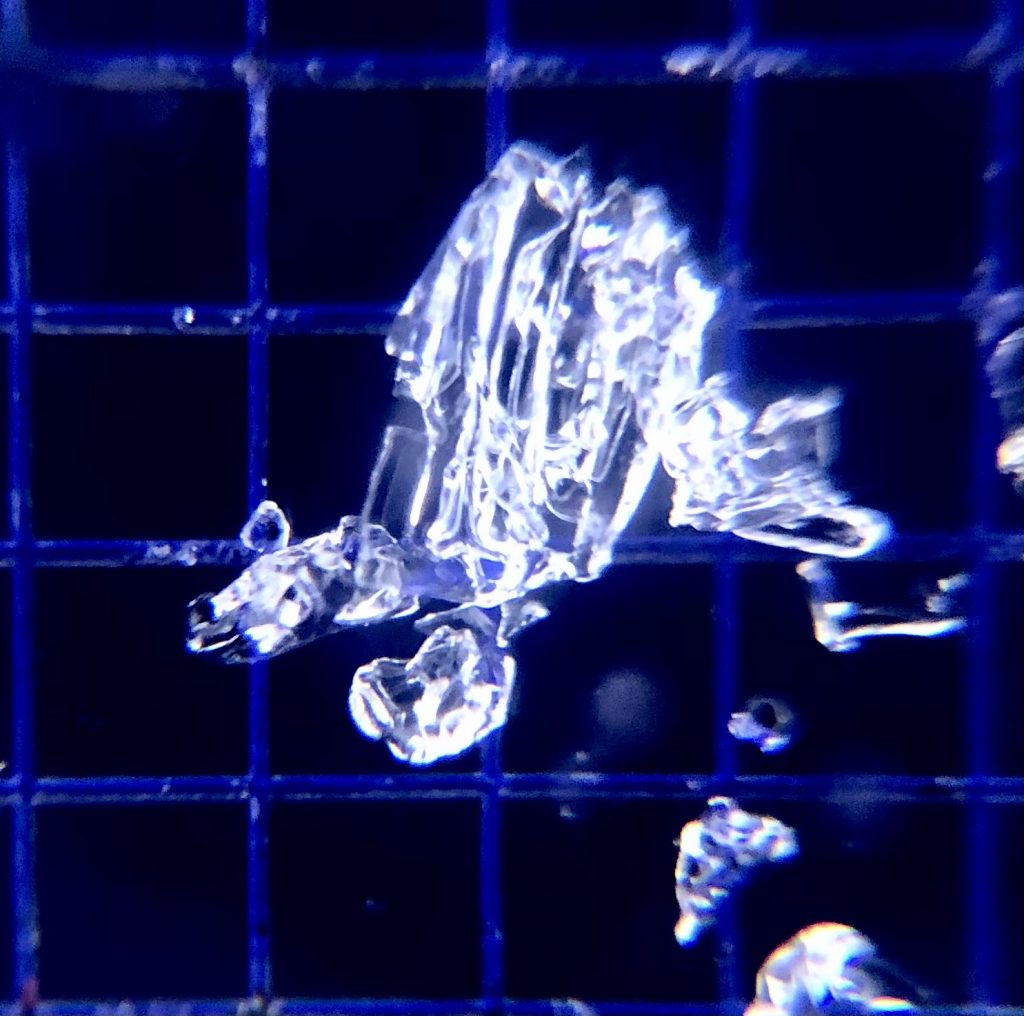 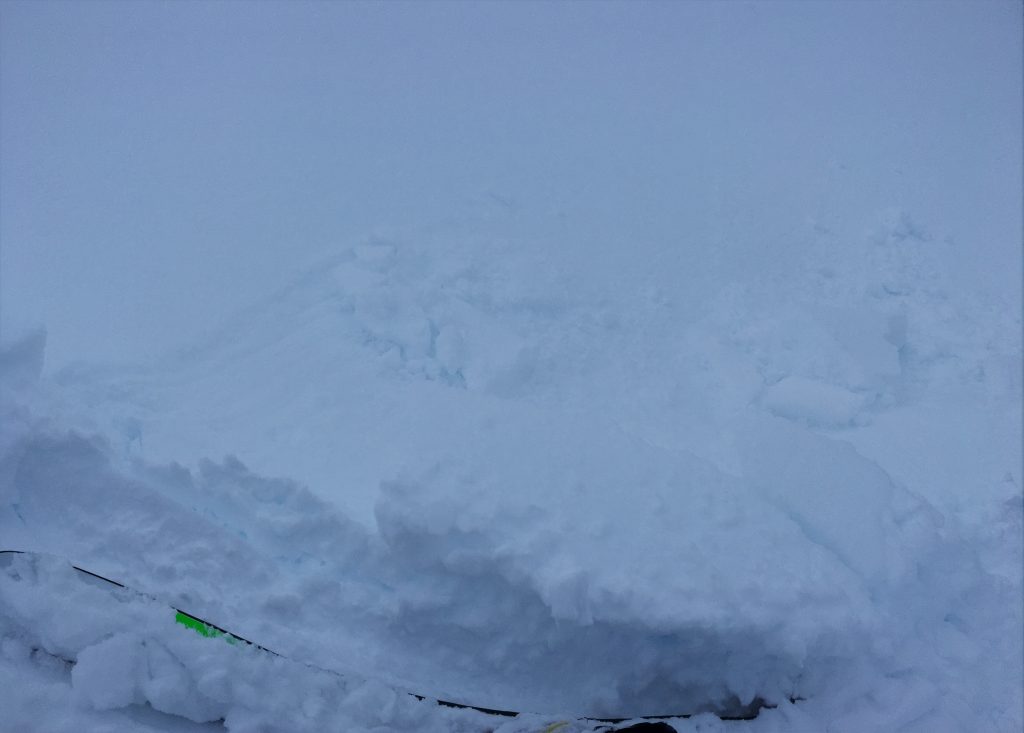 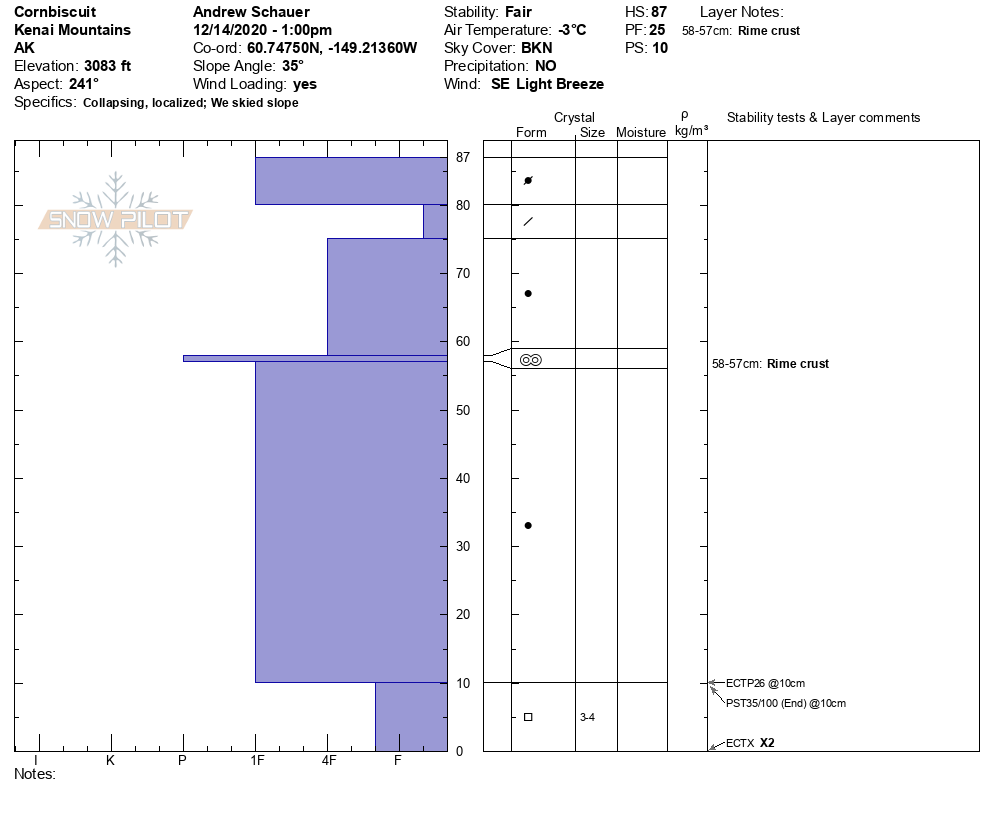 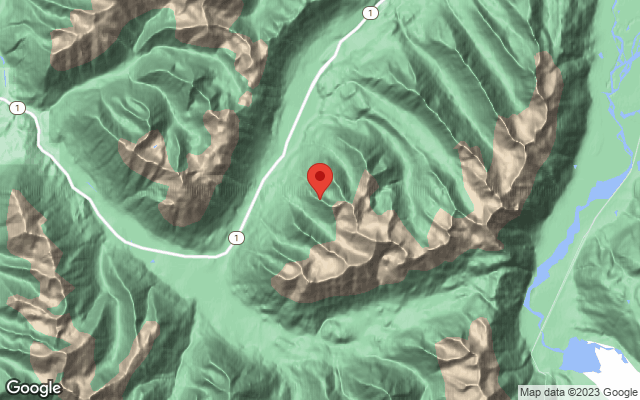