Alder Dance to and from Cornbiscuit.
Car temp read -18F in the morning and -14F on return, however didn’t quite feel that cold. Clear skies (Sun!), temp inversion, light Easterly winds at mid elevations, mostly calm at ridgetops.
Significant snow pluming off Baird peak in the morning, with some less pronounced pluming in the nearby peaks, but not observed in the Turnagain area.
Impressive surface hoar growth in the meadows above the Iditarod trail, however it dissipated near alder line.
Crust underneath the faceting snow was breakable to a ski pole at 1300′, very thin at 2400′ and felt more like a density change at 2600′ (observed on the west aspect). Many old & large rollers near the skintrack.
Skied a couple laps on the south face with one small loose snow AX on descent. Finished off with a run down a northerly chute (#2?, behind the first false summit). Here a crust was closer to the surface and the facets more advanced/looser, leading to high volume and long running sluff (almost had a close call). Other chutes had sluffed on their own. 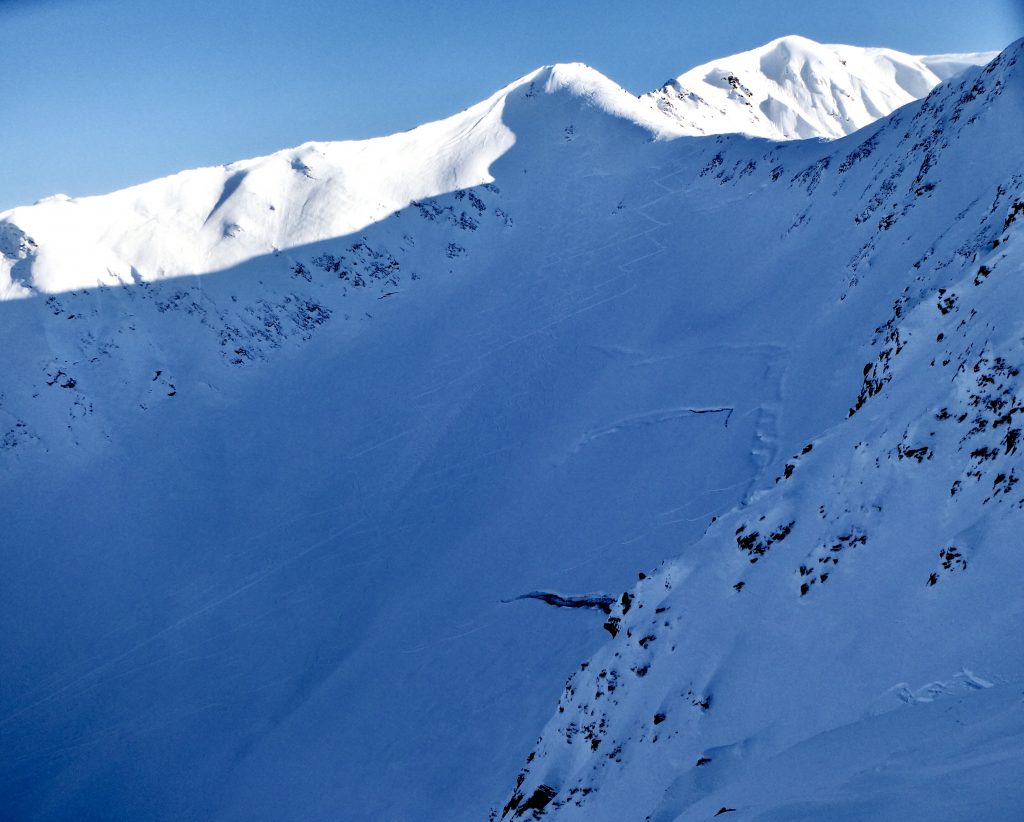 Oblique view of the Northern Glides. 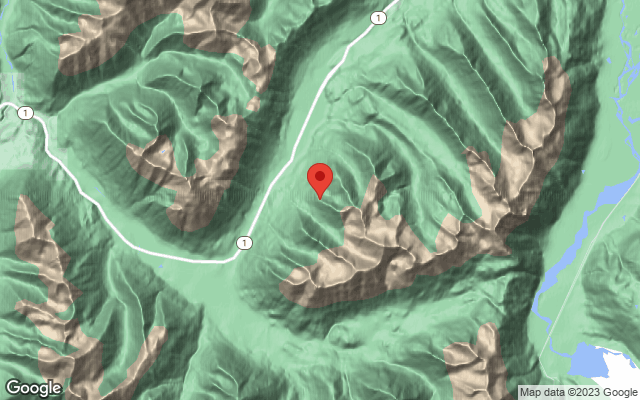