Weather:
moderate winds out of the north, gusts in the high 20s mph
Temps in the 20s F
Light snowfall picking up in intensity by 4pm, trace-2″ fell during the day

Current issues
Wind slabs were forming throughout the day. We observed occasional plumes
coming off most east/west running ridges. The slabs we encountered were
confined to ridgecrests and (not very far into) starting zones. Some cross
loading was occurring lower down on slopes, and in odd spots exposed to wind.
Loose snow avalanches-small volume and occurring in steeper terrain today, over
40 degrees. More prevalent on S aspects where sun crusts are well developed.

Future issues
Storm snow/wind slabs
We observed light density snow sitting on most aspects with the exception of
windward ridge crest zones (N and E). Accumulating snow with wind and
potentially warmer temps will potentially create “upside down” structure in the
upper few feet of the snow pack. Overall accumulation will determine where
these slabs will be large enough to be a problem. Slabs are already a (minor)
problem in leeward starting zones and above cross loaded gullies; they will
potentially become a more significant problem as they get bigger with this storm
system. 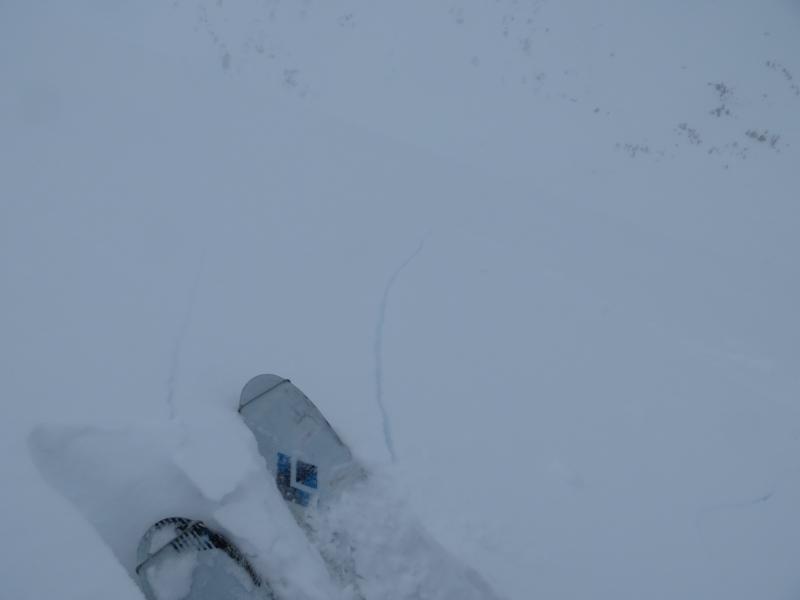