On the weekend of November 14th – 15th we skied Cornbiscuit and the south face of Magnum accessed from the Sunburst skintrack, then skinning up the north side of Magnum. We skied or skinned on the west half of the compass, never touching east facing terrain. Generally we skied at elevations between 2,000 and 3,800 feet. Also, we tried to stay back from the channelized terrain of the pass that has been most heavily effected by recent winds.

Cold, clear, winds near the channelized terrain of the pass.

General observations: Snow depths and quality are quite variable due to recent winds and early season conditions. We observed nearly no signs of instability. On Saturday there was some wind transport near ridgelines. However, on Sunday there was no evidence of instability due to it at the tops of the N facing chutes that we skied. I skinned across one crossloaded, hard slab gully on Magnum that sounded hollow. Otherwise, the snowpack was generally rightside up and apparently stable. A bit of sluffing in steep terrain.

Pit: I dug a snow pit on a west aspect at 3,600 feet. The snow depth was 120 cm. This depth is representative of that elevation where previous slides or winds have not scoured the snowpack. However, snow depths are quite variable due to winds and slides. I did an ECTP which did not fail until I stopped hitting it cause my hand hurt. I then got behind it and pried it out where it then failed at the ground. 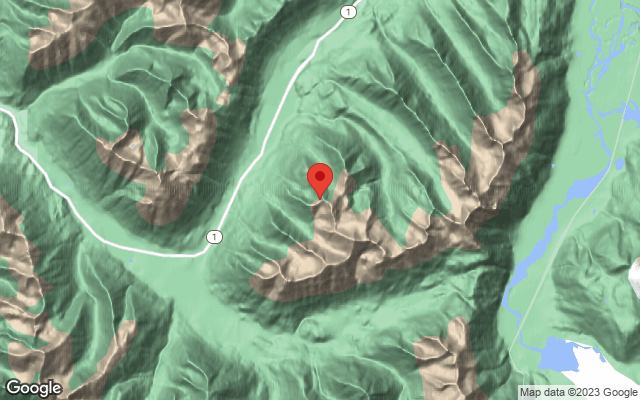