Snowpack Obs
Snow surface between 1,000’-2,500’ becoming unsupportable during the day due to
warming
A dusting of new snow has adhered to the old snow surface between 2,500-3,300’.
West and north facing slopes were soft due to sustained mild temps + cloud cover (greenhouse effect). S aspects were more firm, mainly due to snow that had been through multiple melt freeze cycles.

Observed small debris piles at the base of Sunburst on the North side.
Rollerballs observed on some steep N facing lower elevation slopes.

The potential for wet loose avalanches requires pre-existing loose snow that was
formed by faceting during the 18 day dry spell in mid to late March. This
recipe mainly exists on North facing slopes, and lower angled West facing
slopes. Areas on these aspects that were wind affected had minimal loose snow
due to stiffer wind slabs resisting the faceting process. 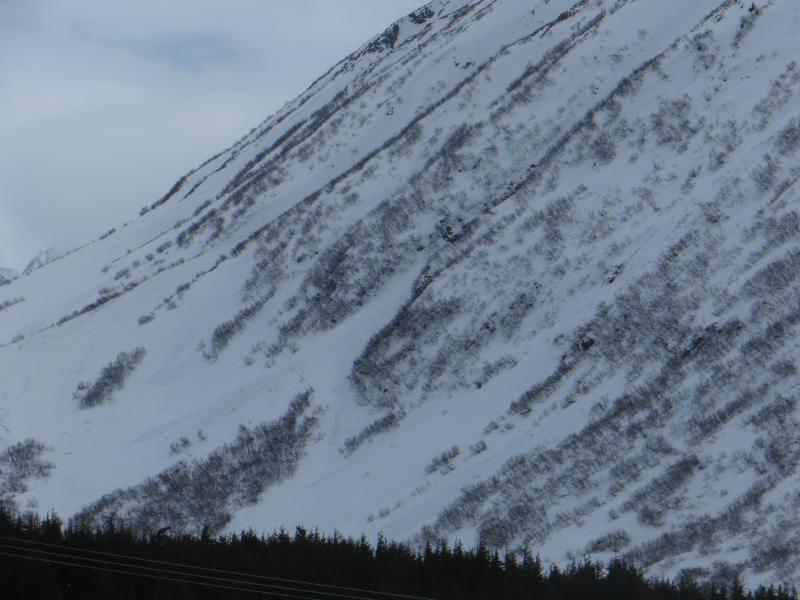 Small sluff piles at the base of Sunburst (North side) 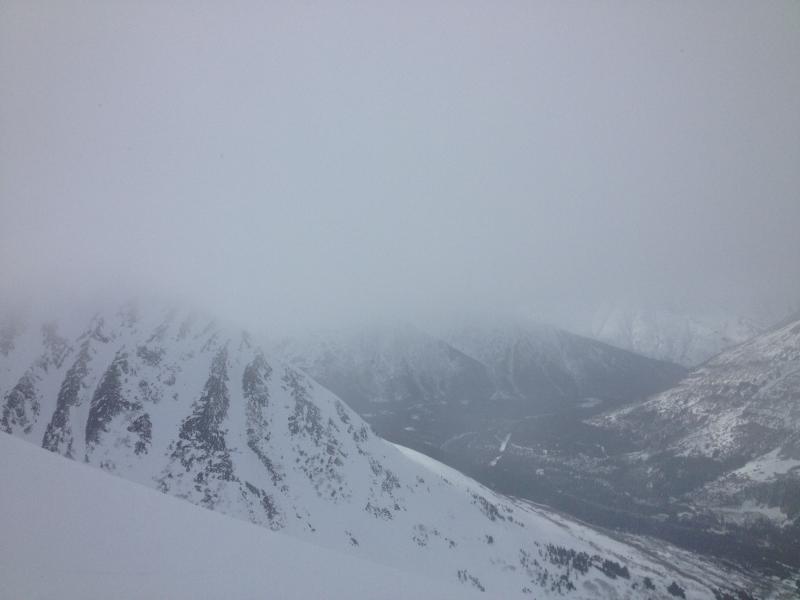