Weather:
Mostly sunny above 1500’. Low fog bank persisted at the road elevation up to
about 1500’. Winds were light from the North and West all day. Temperatures in
the mid-20’s at ridgetops.

Obvious Signs of Instability:
Recent avalanches – Very small wind slab appears to have been triggered
yesterday from cornice break on Magnum ridge.
Collapsing – NO
Cracking – NO

Plenty of potential for loose, surface snow to kick up into shallow wind slabs
though winds never quite kicked up enough today, thankfully!
Old glide first observed on 1/13 released sometime in the last week. See photos
below of a substantial debris pile that ran to the valley floor (Bertha creek).

Snowpack Obs:
Poked in at 3100’ (HS= 160cm or 63”) on a southwest aspect of Corn Biscuit. 4-6”
of loose facets. Several melt-freeze crusts in the top
24” of the snowpack. Found buried surface hoar layer at 30” down but it was un-
reactive in snowpit tests. Likely insulated by several layers of strong snow above.
ECTX. CT21 @ 20’ down, just below a 2mm ice lens. Bottom half of the pack is a
1F slab to the ground. Strength = Good. Energy = Low. Structure = Fair.

The winds appear to have spared our surface snow for another day. Really good
skiing to be had above 2500’ with 4-6” of powder on a supportable crust. 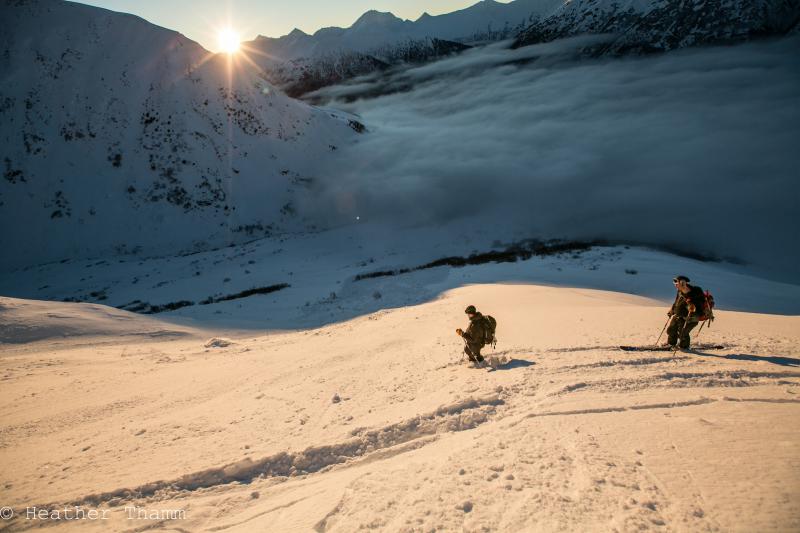 Fitz and Graham investigating the flank of an old glide release. Valley fog persisted throughout the day. 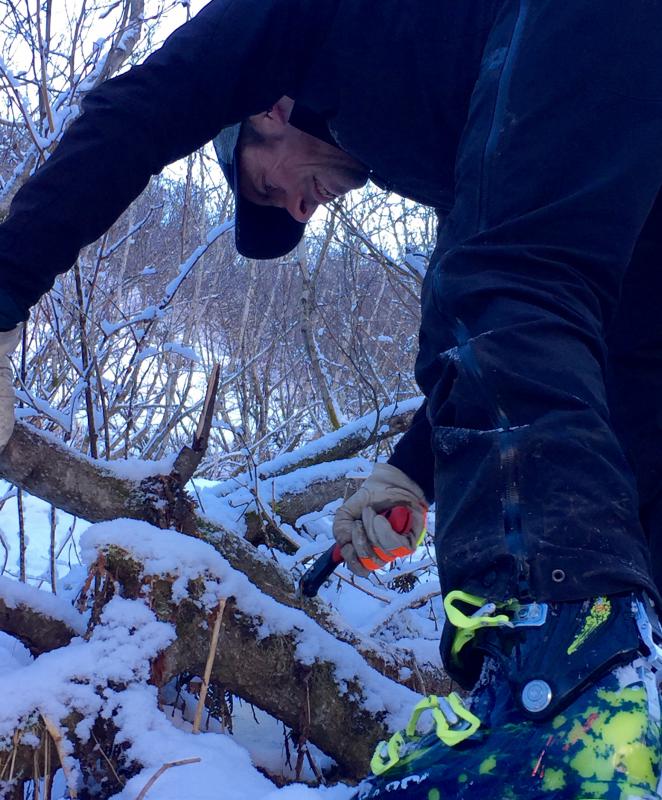 We may have won this battle with the Alder, but the War is far from over! 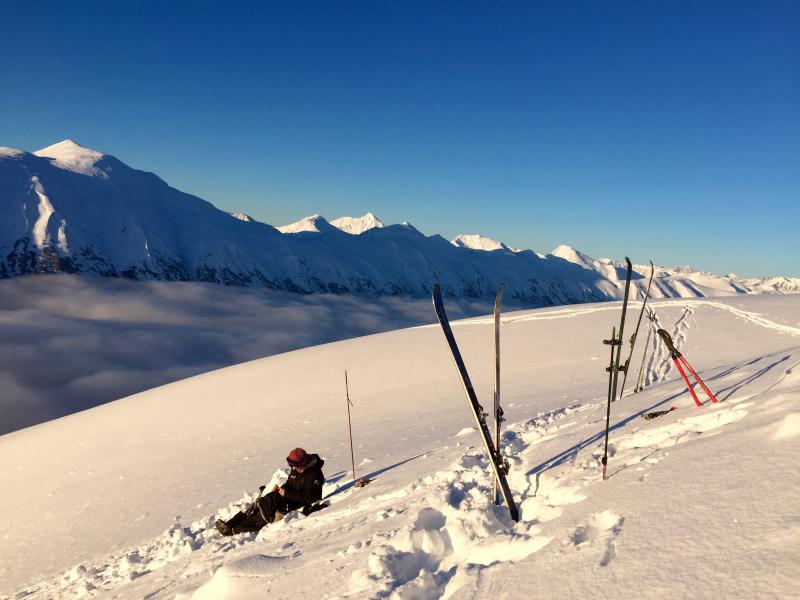 Another beautiful day in the alpine. Surface snow was spared by the wind for another day. 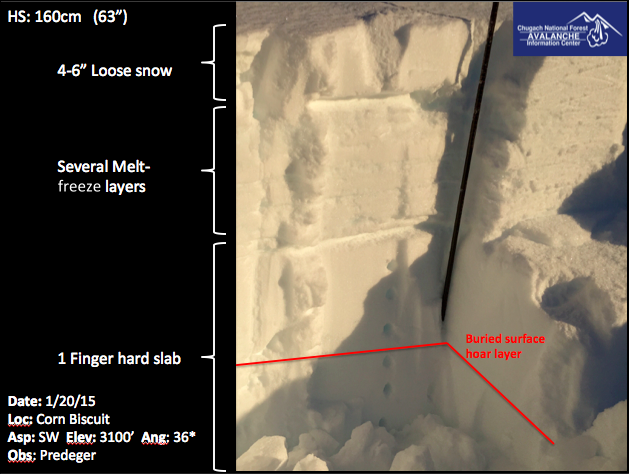 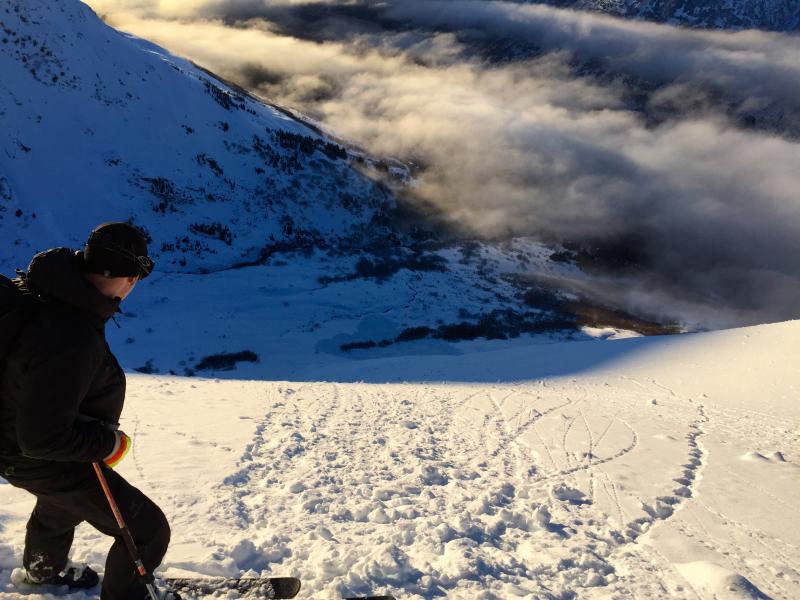 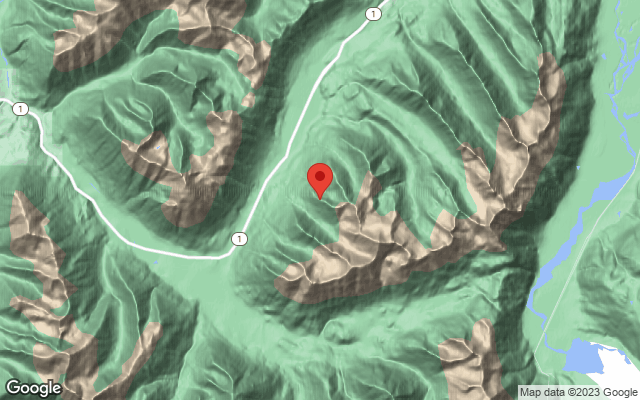