We observed no signs of recent instability.
We were able to look back towards Superbowl/Corner pocket and see the debris and a bit of the crown reported in the great observation we received on 11/29/15. We believe this ran during the cycle on the 27th and 28th (see photo below). We saw debris from this cycle in one of the north avalanche paths on Lipps, as well as two slides on the west face of Lipps.

Scattered clouds
Calm winds
Temps in the mid-20's
No precip

The combination of colder temperatures and clearing skies are evident in the snowpack. The snow that was moist is becoming drier and the rain crust has become more substantial as the lock-up progresses.
Above 2500' the crust disappears. The snow depth varies from over 1-6 ft. Probing across the terrain showed this variation and the structural differences. In some areas it is deep and predominately "right side up" going from softer to harder snow near the ground. In other spots it is shallow and has stiff snow overlaying weak snow, (poor structure) a classic slab avalanche set-up. We had no results with our stability tests and saw no signs of instability but were still hesitant to jump into steep Northern terrain that had the potentially poor structure. See photos below. 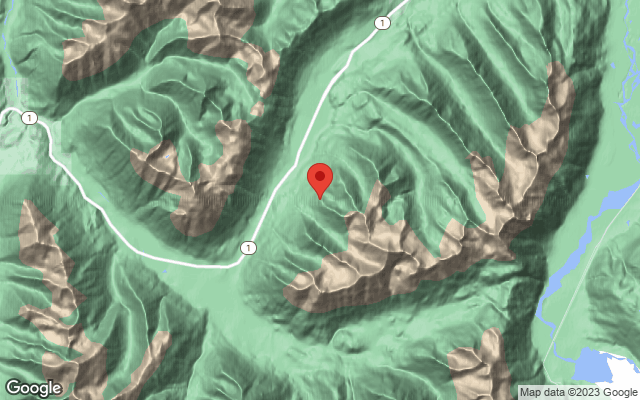