Fun day to see a lot in the snow.

Wx obs: Around 30-40cm of nice low density powder from the Sun/Mon storm. Skies
mostly sunny with a mid-level cloud. Very light winds from the east.

3 – Sun effect on the south upper aspects of Corn Biscuit today ~3pm. Radiation
recrystalization seemed to be occurring and snow was becoming damp 2cm under the
surface. Easy to initiate moist push-a-lanches on slopes around 40 deg.

5 – The old/new interface (~30-40cm down) had moderate planar shears with little
to no energy. 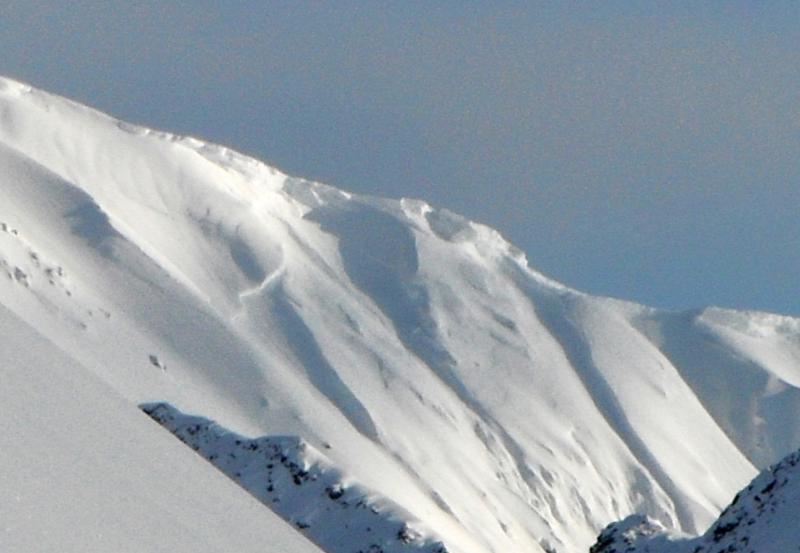 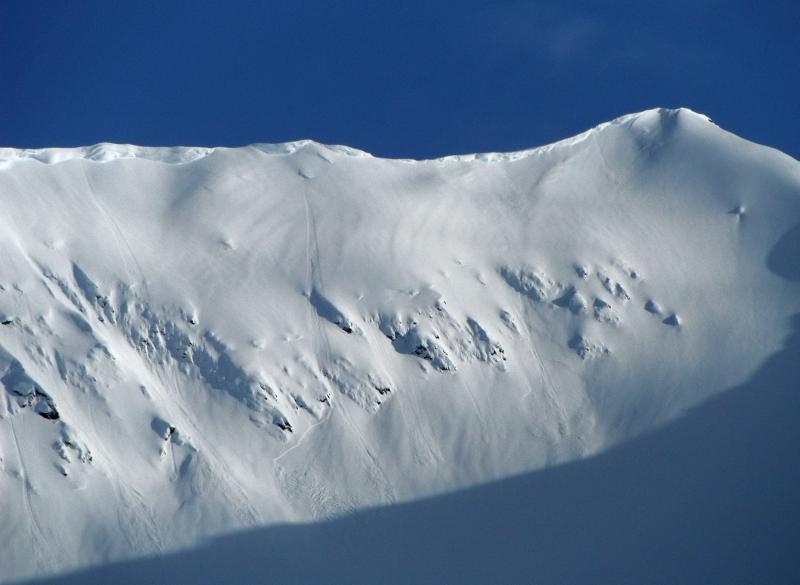 Natural sluffs from 2/27. A couple of these triggered small slabs below the rocks (one is rather fresh likely releasing late in storm 2/27) 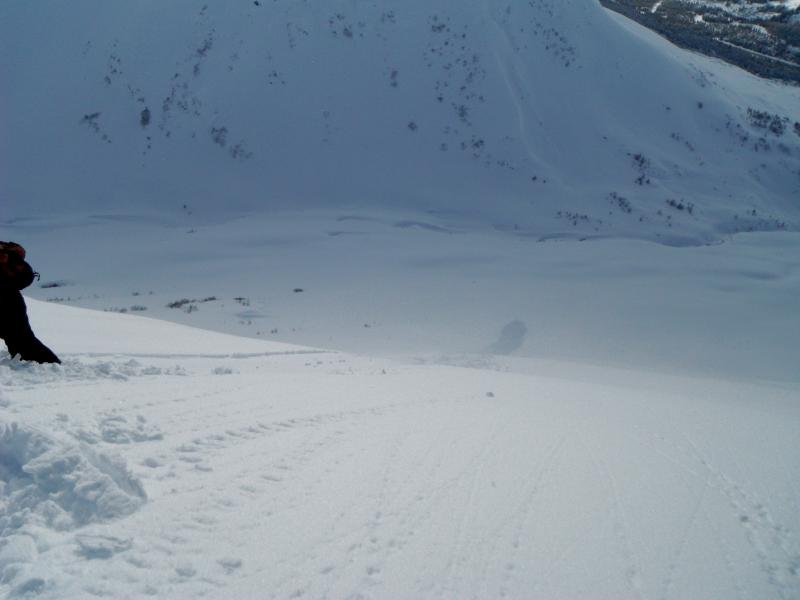 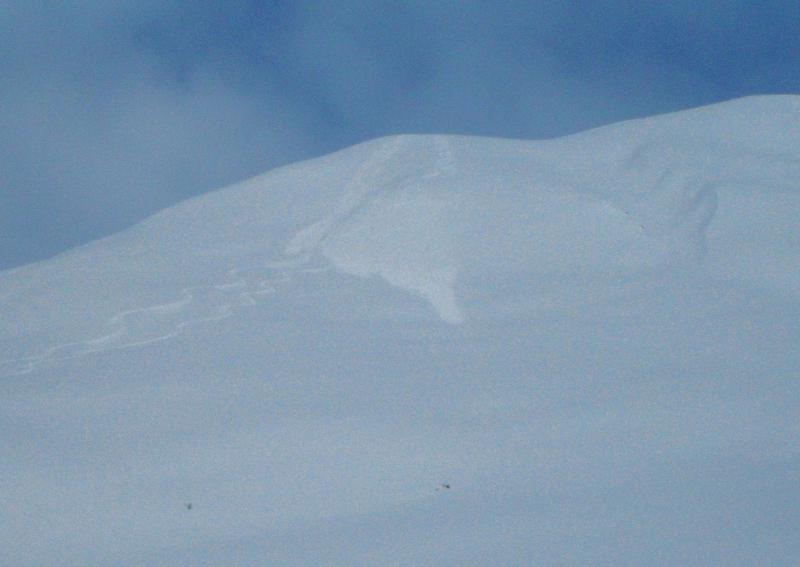