Very few parking areas were plowed in Turnagain Pass today and we opted for Corn Biscuit due to lack of options. Broke trail to lower meadows and then skinned along NW shoulder to 2100′. Dug two pits and found poor structure in both locations.

None observed, although visibility was very poor and we couldn't see much

We dug in two locations and found poor structure in both places.

Pit 1 - 1880', NW aspect, 30* slope, HS=150cm - 20" new snow. Found two layers of buried surface hoar mixed with facets. Stability tests failed constantly on the upper most layer of buried surface/facets 60cm below the surface (CT12, ECTP22, ECTP30.) One CT failed 70cm below the surface on buried surface hoar/facets (CT25.) The bottom 1/3 of the pit was decomposing crusts with facets (4F- F hard) in between some of the crusts. Crusts were pencil to 1F and breaking apart easily in places. We also found moist facets (1F hard) on the ground. 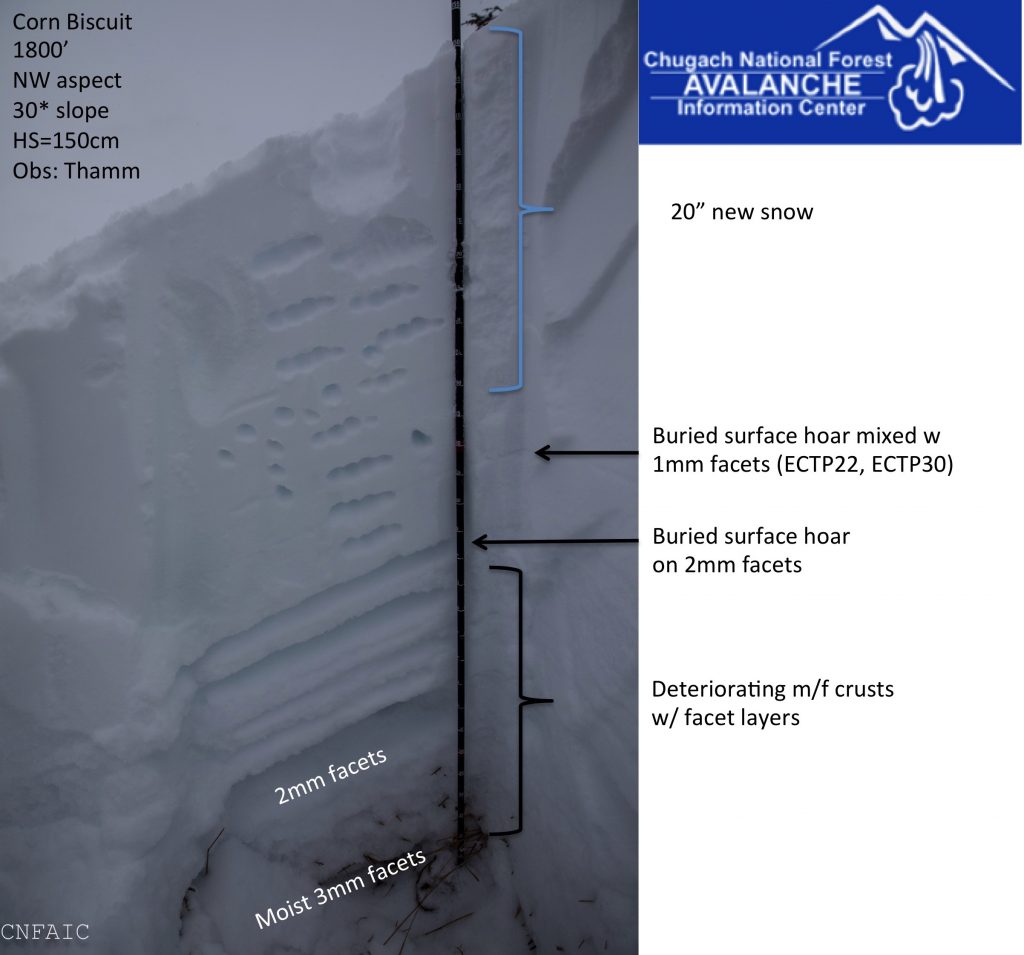 Pit at 1800' on Northwest aspect of Corn Biscuit. This was in an area protected from wind just below a grove a trees. 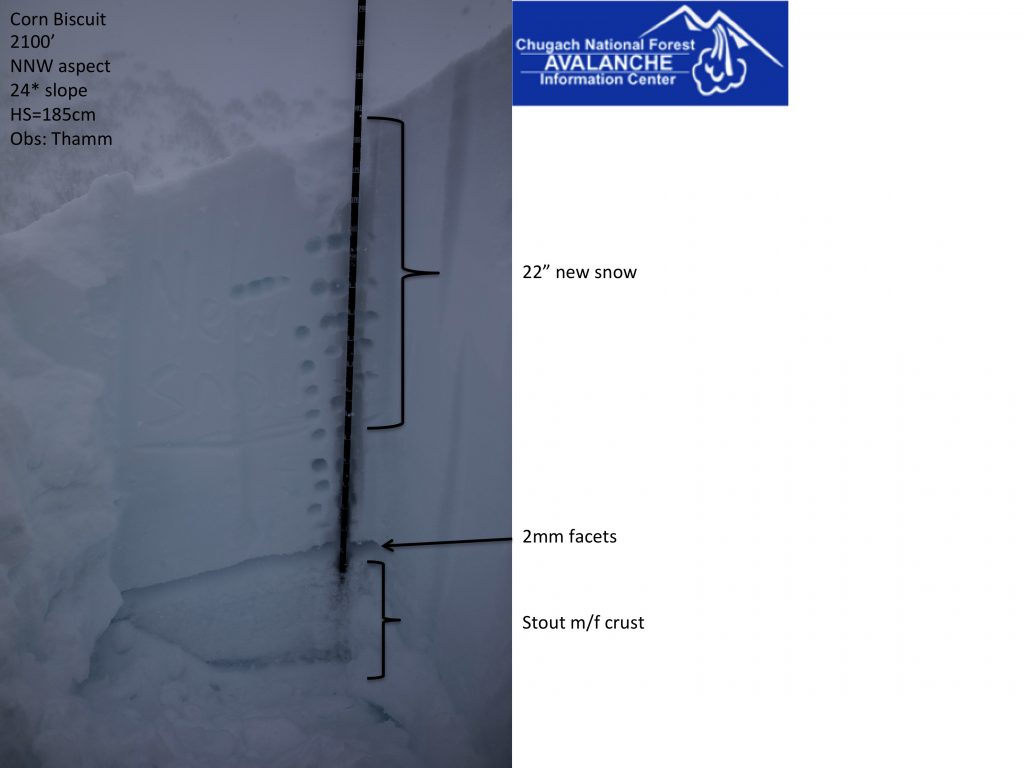 Pit at 2100' on NNW aspect of Corn Biscuit. This was in an area exposed to winds 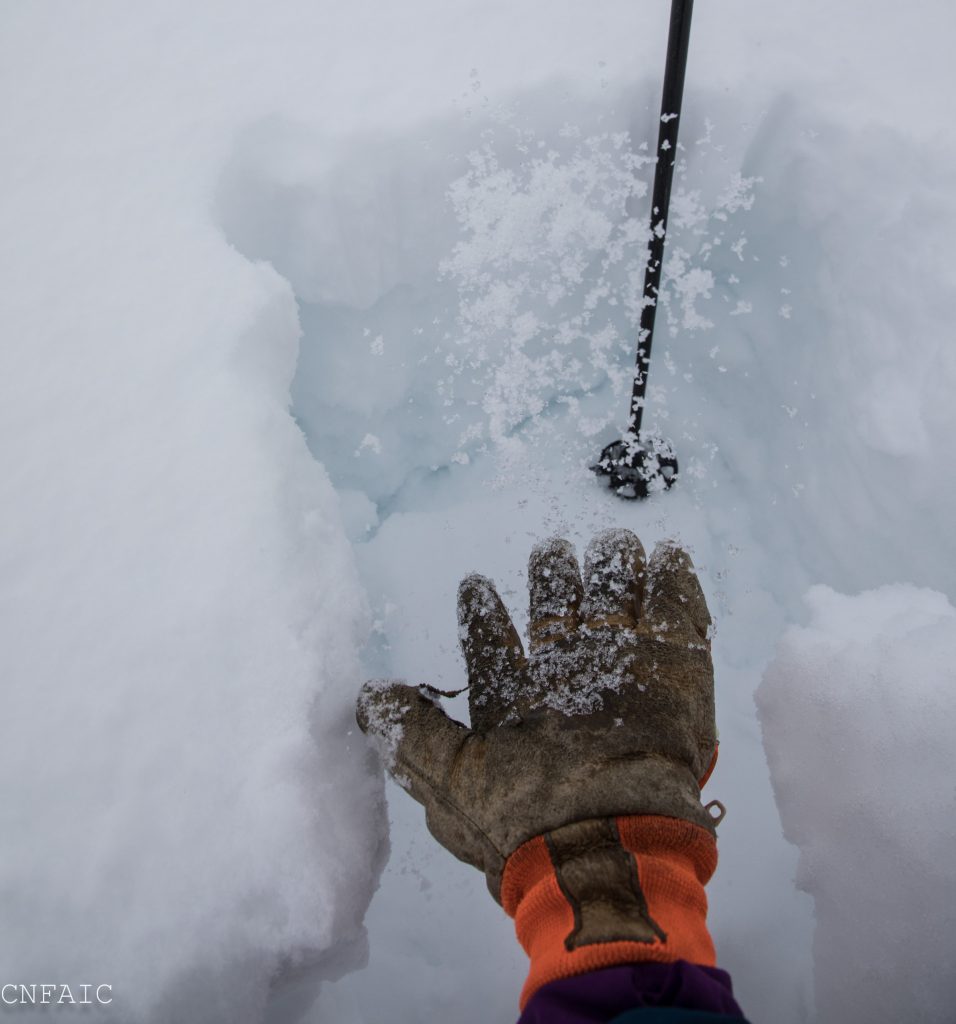 Hand pit failed easily on facet/crust at 1600' on Northwest aspect, where there was only 15" new snow, windward area. 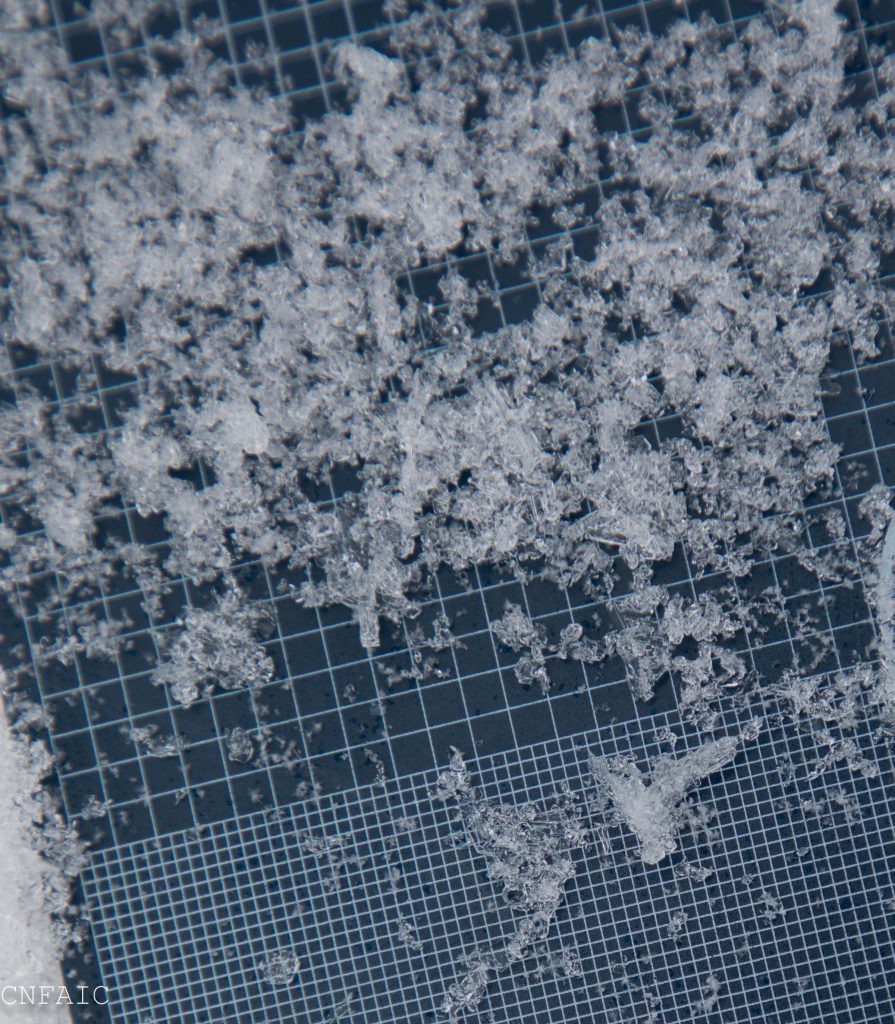 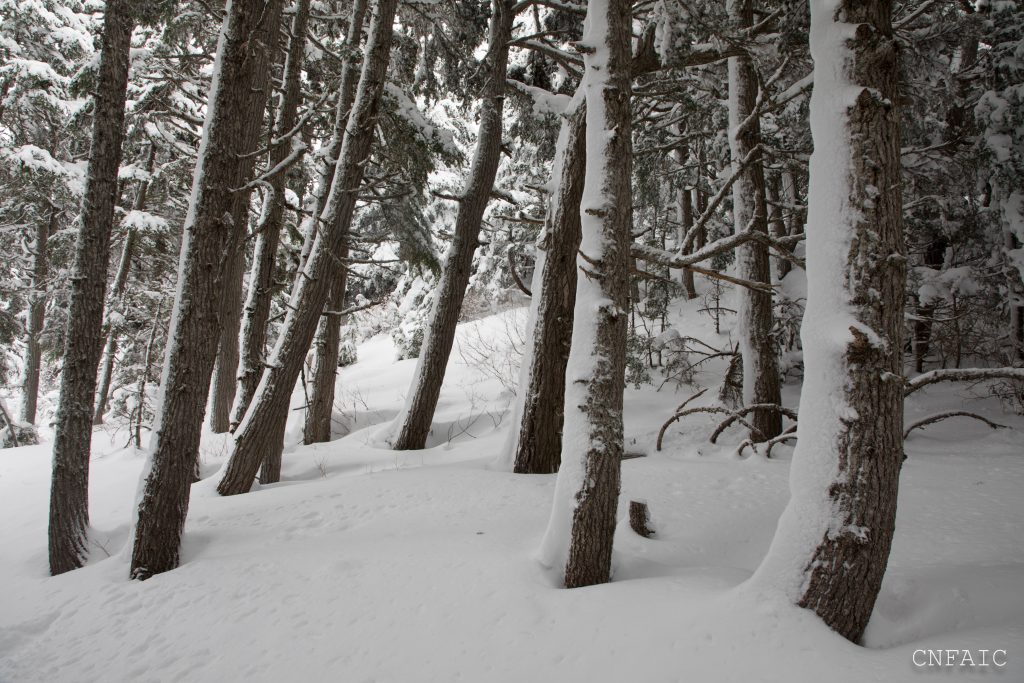 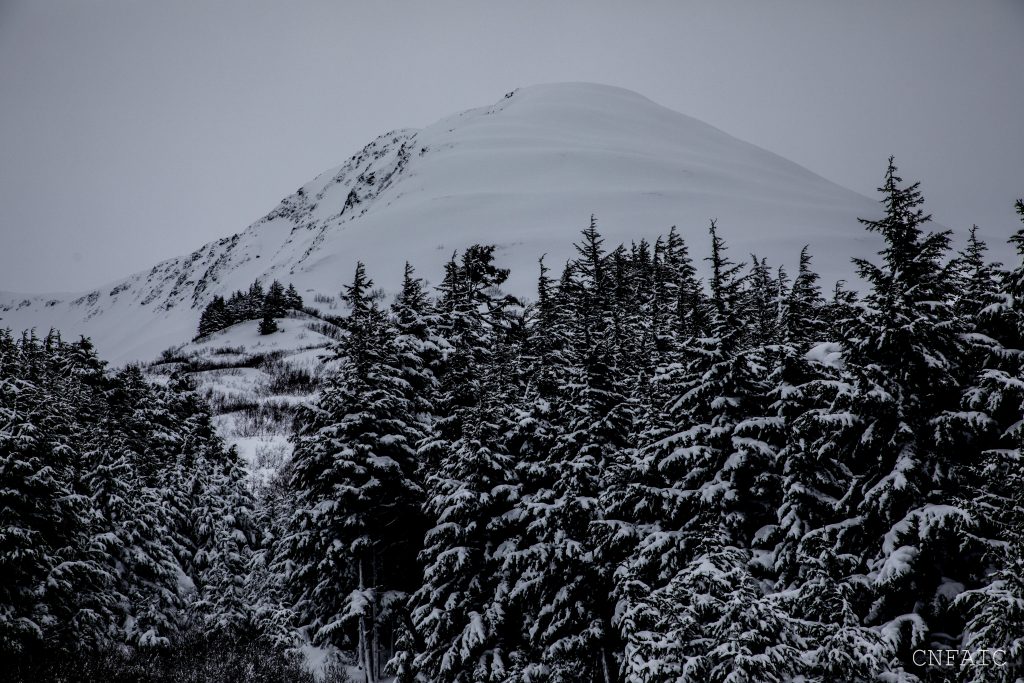 Corn Biscuit W face - visibility was poor, but could see some features early in our tour 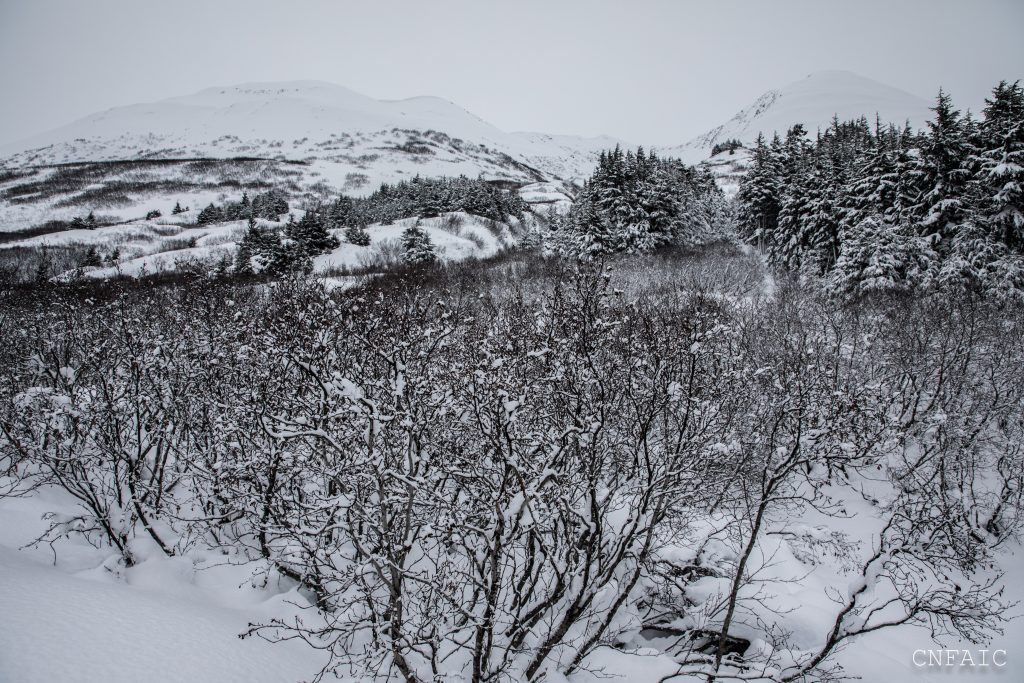 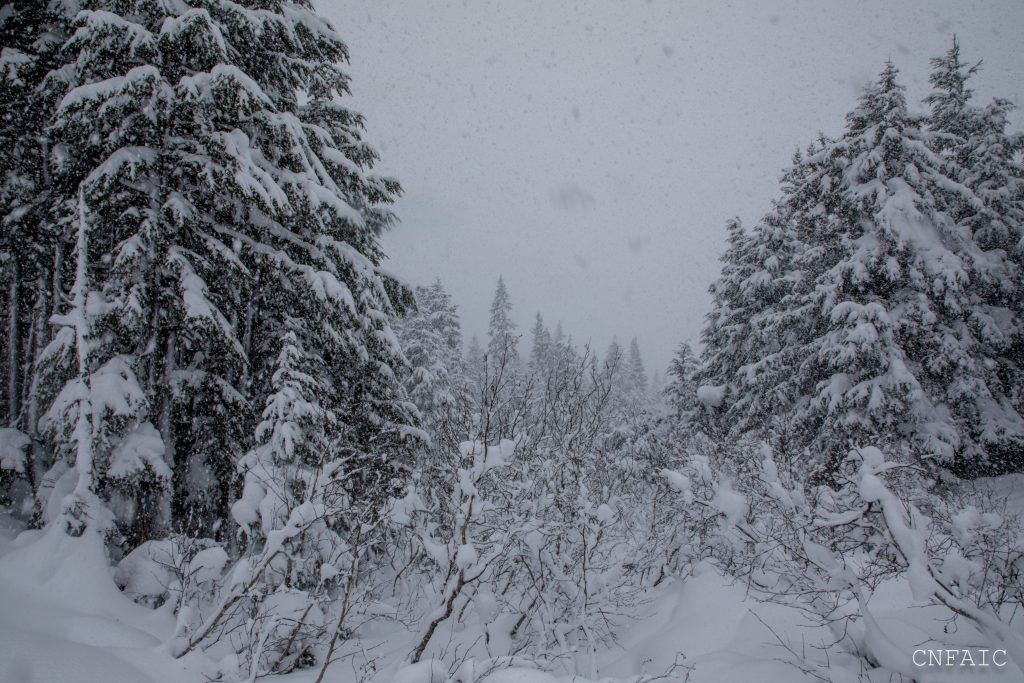 It was snowing heavily at 3:30pm on our descent. 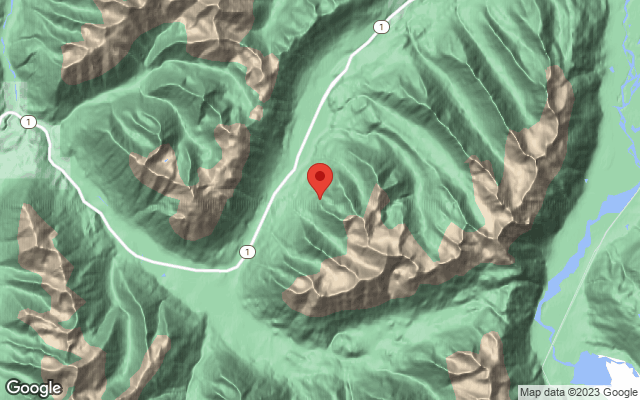