West face of Corn Biscuit, in search of the Feb.9 buried surface hoar specifically on the Southern end of Turnagain Pass. Was also hoping to track the basal facets in an area known to have a shallower snowpack this season. We accomplished both and had full propagation on both layers with moderate to strong amounts of force. No obvious signs of instability were observed.

Pit at 2300' NW aspect, 32* slope, HS=135cm. We found the Feb. 9 buried surface hoar down 45cm (18") from the surface and had propagation in three ECT's (ECTP13, ECTP14, ECTP16, CT15) The buried surface hoar was 4-5mm in size and standing up in the pit wall and was sitting between two pencil hard layers. We also had propagation on basal facets, these broke unevenly between the ground to 20cm above the ground. ECTP29, ECTP22, ECTP18, CT22. The facets averaged 3mm in size and some were cup shaped (depth hoar.) The bottom 45cm of the snowpack was a mix of facets and deteriorating old/melt freeze crusts. The total depth of snow varied from 90cm to 150cm in this area.

This was a good example of where the snowpack still has very poor structure. We did not continue higher, but many people skied the West face today with out incident. It has been a week since any human triggered avalanches occured on the Feb.9 buried surface hoar layer, and several weeks since any human triggered or natural activity has occurred on the basal facets in the Turnagain Pass. 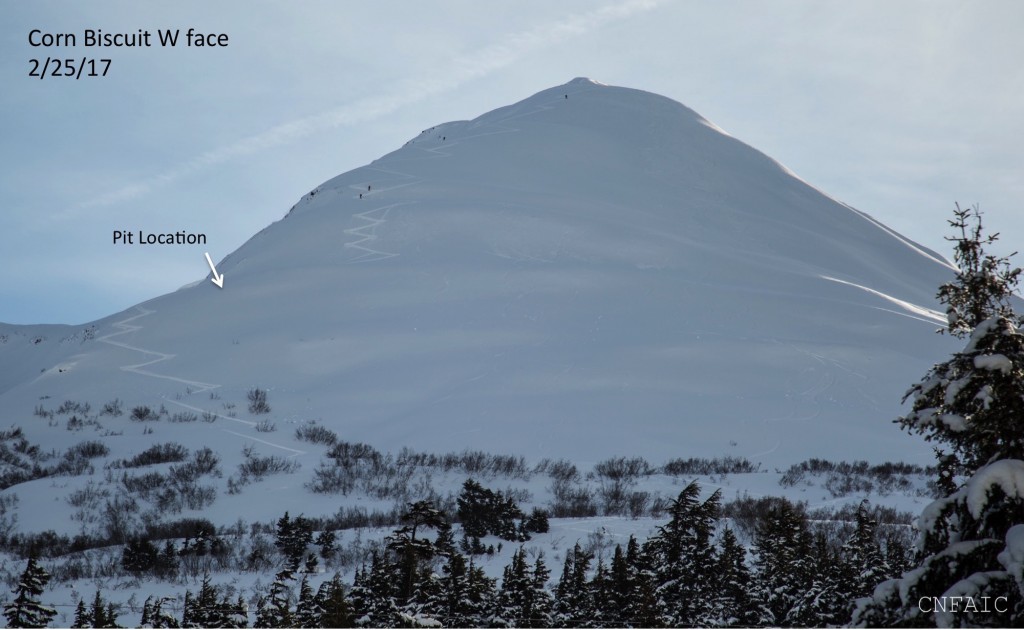 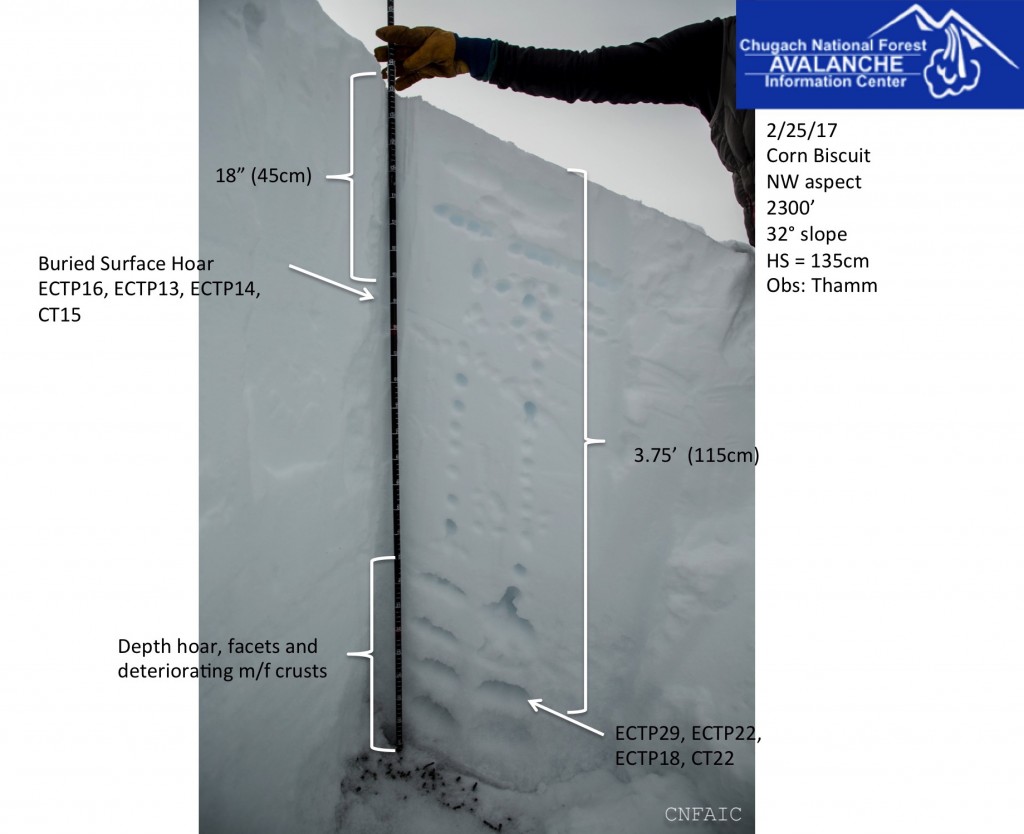 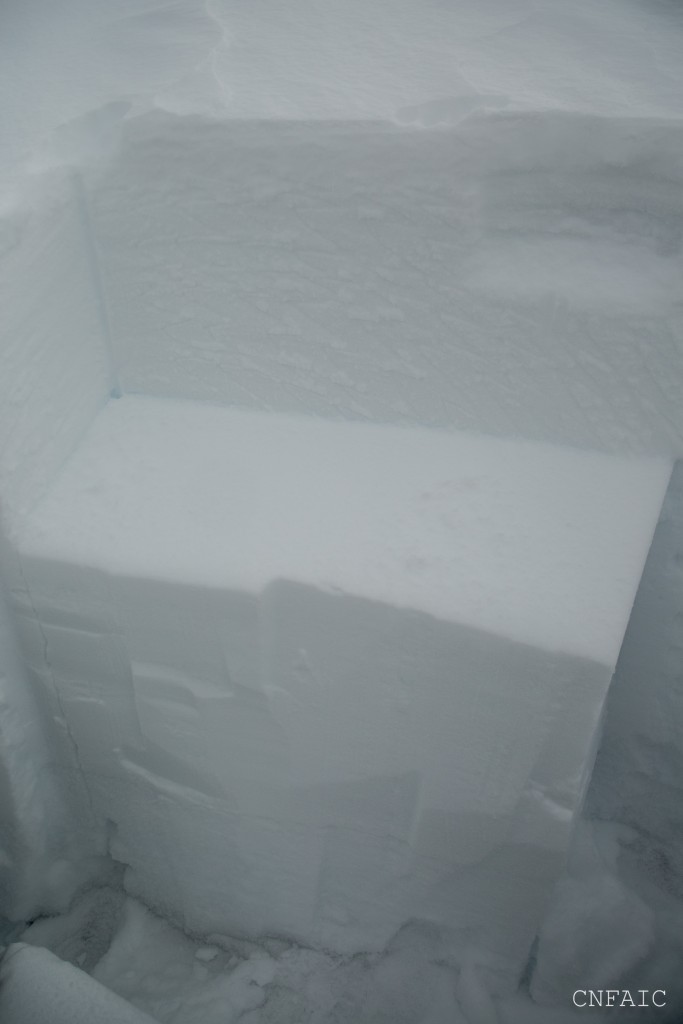 The firm bed surface where the Feb.9 buried surface hoar was found after propagation in an Extended Column Test 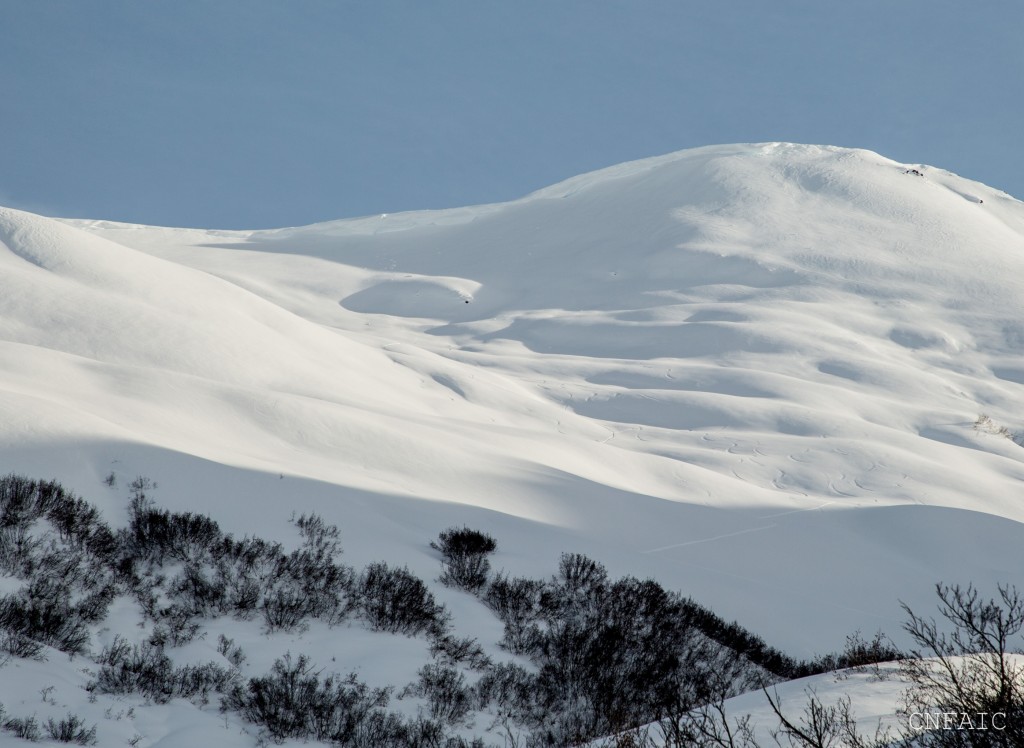 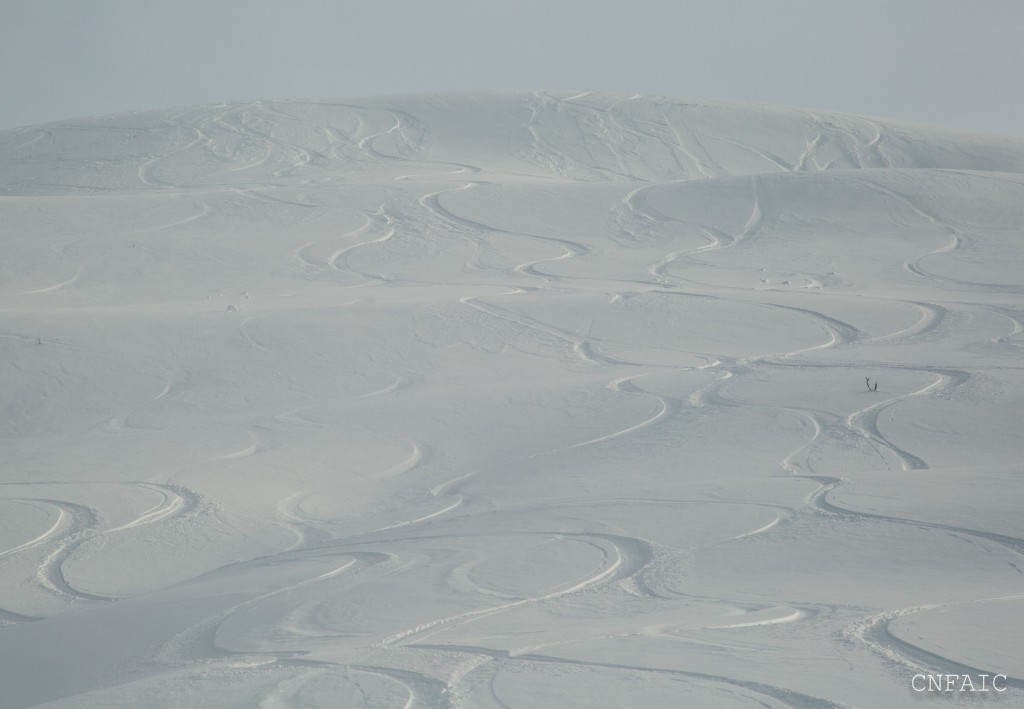 Sluff on a steeper roll of W face of Corn Biscuit 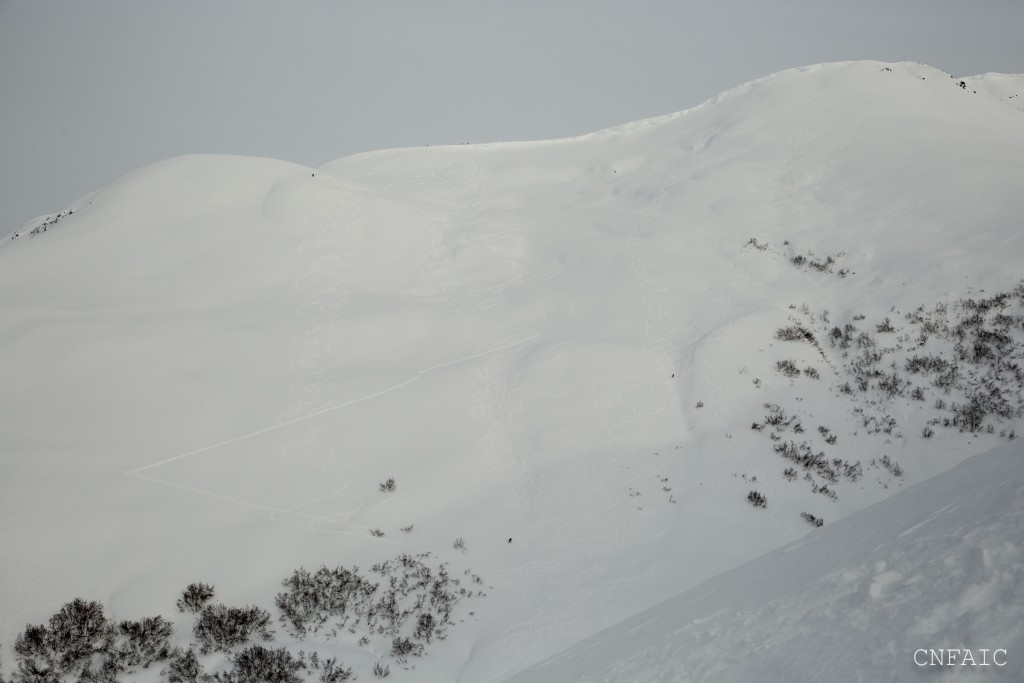 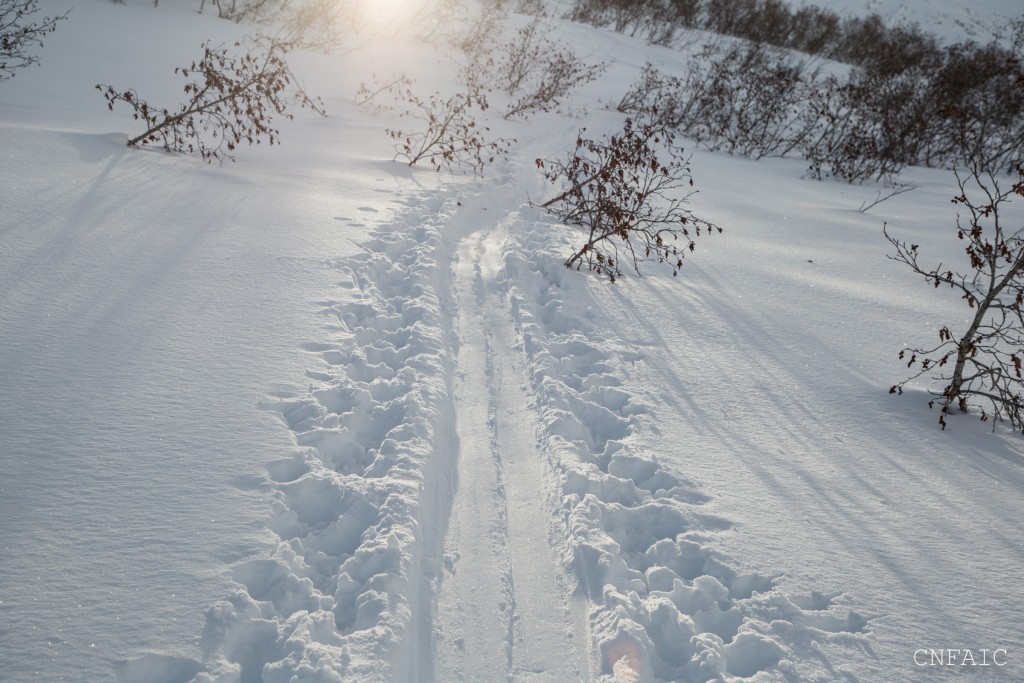 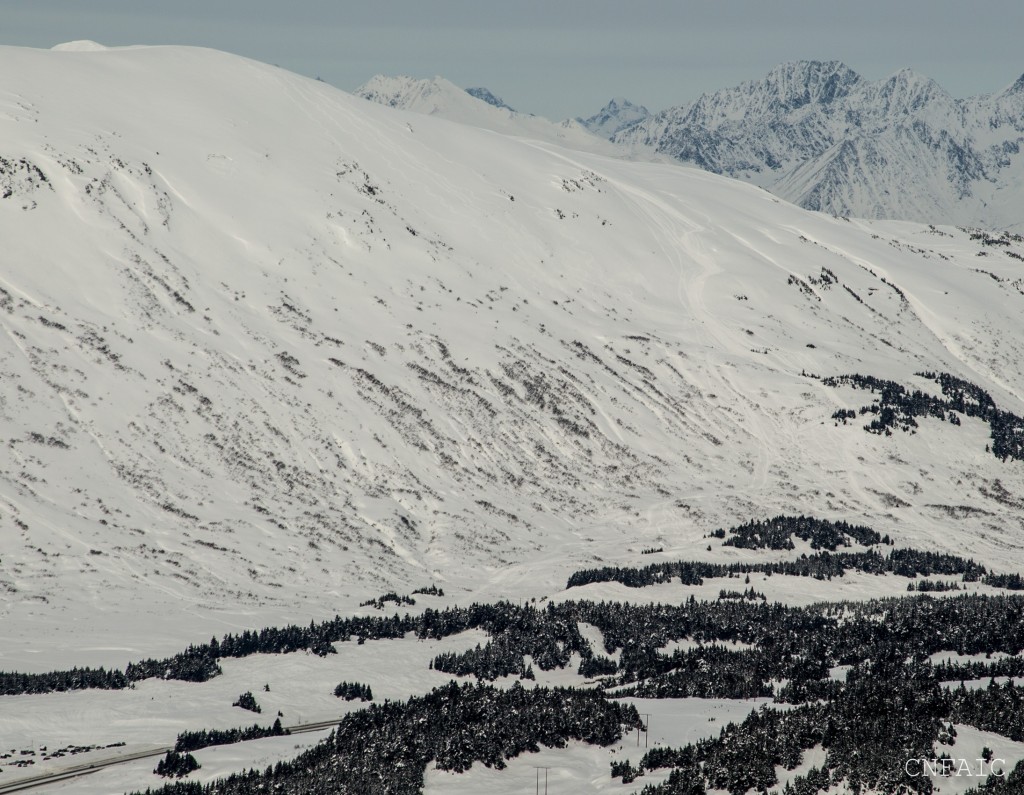 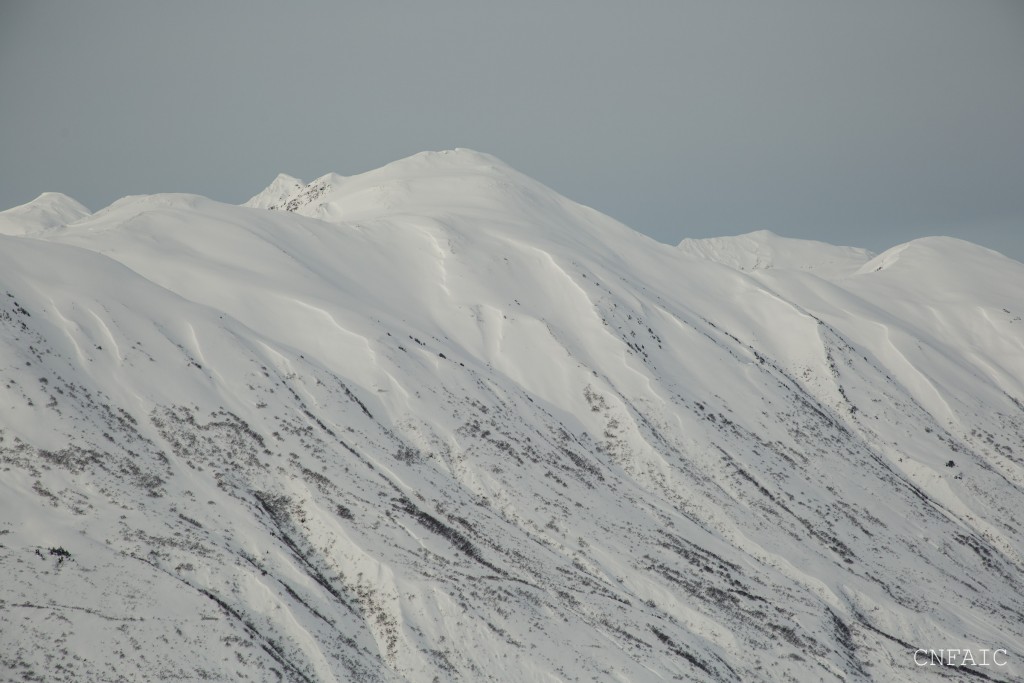 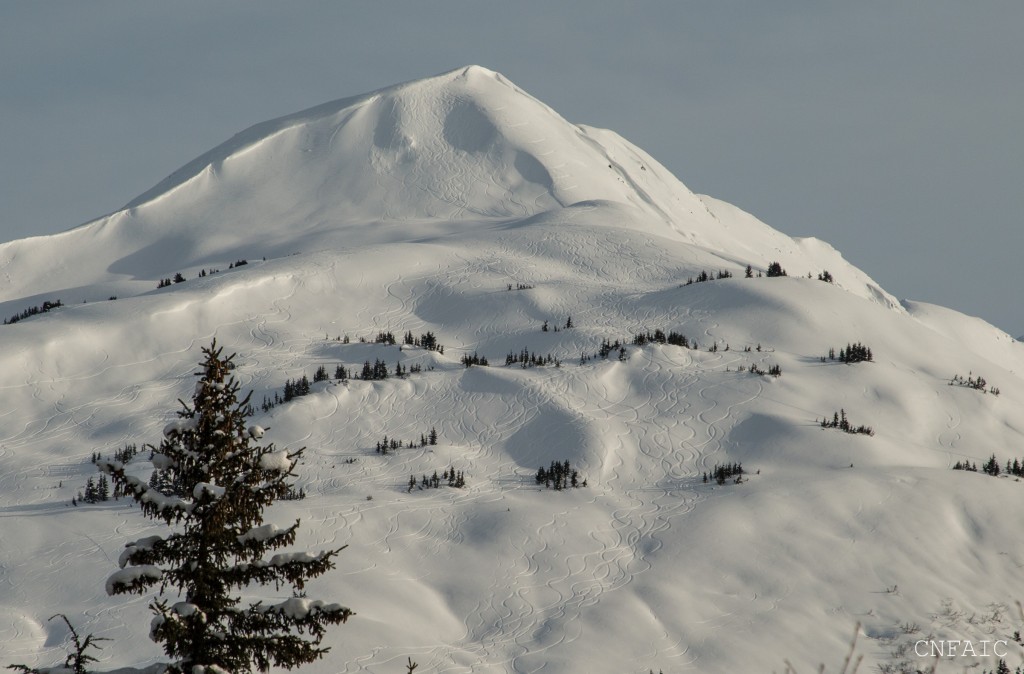 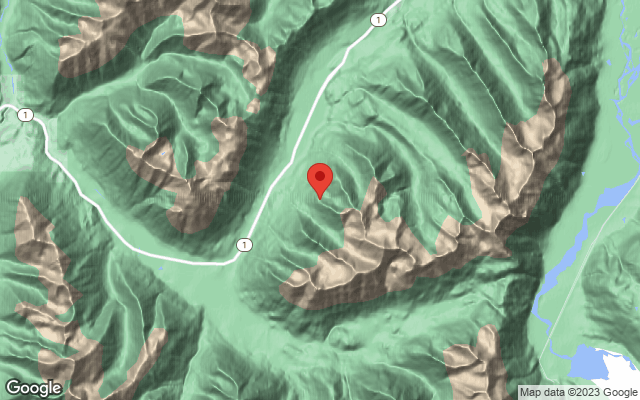