Ascended West face of Corn Biscuit and descended SW shoulder. A much thinner snowpack exists on the South end of Turnagain Pass compared to North end, and is especially noticeable in the mid elevation band where hitting rocks was unavoidable. Below 2500′ the snowpack is very loose and unconsolidated with no base. A thin crust can be found above the ground in some places, and in others place this crust is deteriorating/faceting out. On SW aspects above 3000′ the snowpack ranged from 70cm-120cm (2-3.5′). The buried surface hoar layer was found in a pit at 3200′ on a SW aspect, and test results did not show much propagation potential.

Nothing observed, except minor sluff.

Mid elevations 2000'-3000' on the West face of Corn Biscuit, snow depths were variable due to wind drifted snow. Depths varied from 8" - 20" in drifted areas. In shallow areas the snow was rotten and faceted out. A crust could still be found in most places on the ground, but was deteriorating in thinner areas.

In a snow pit at 3200' the height of snow was 110cm (~3.5'.) 28degree slope. There were several stout Pencil hard crusts within the first 10" sitting on the ground. The snowpack was mostly right side up with the exception of a variable layer of weak snow found with the crust layers, but did not fail in any test and broke unevenly with significant force in shovel sheer. A possible layer to track in the future. The buried surface hoar was the only layer of concern about 40cm (15") below the surface, but also didn't produce any noteworthy results. ECTN15, ECTN14, PST68/100 End. The slab was pretty soft, mostly 4F. 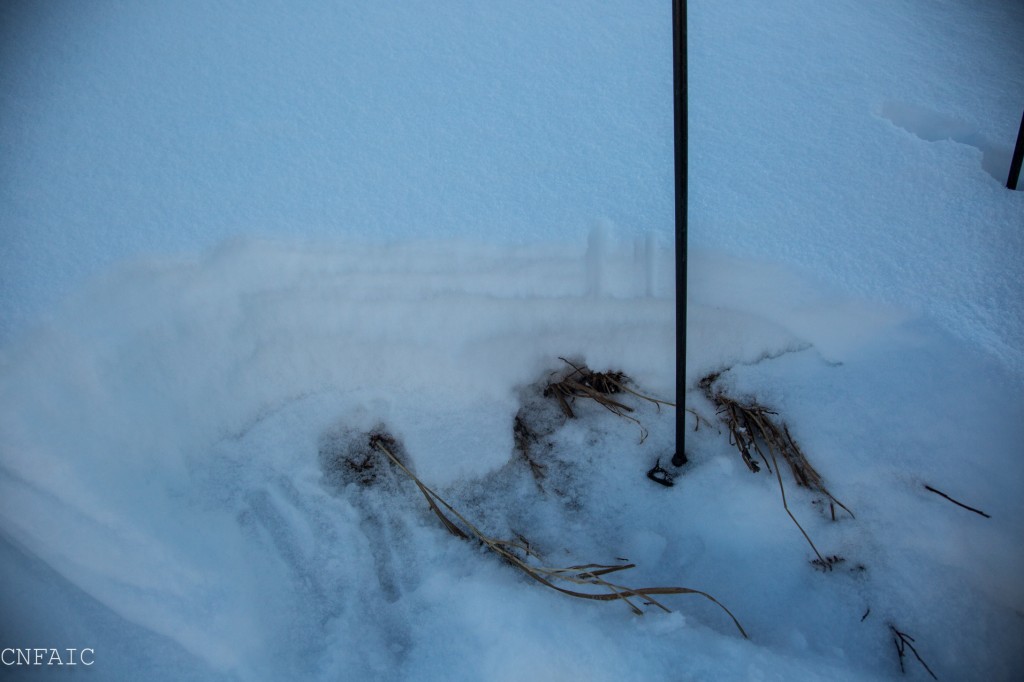 Hand pit at 2000' - very rotten faceted snow with a deteriorating crust near the ground. This was representative of many thinner area in the mid elevation zones on the W aspect of CB. 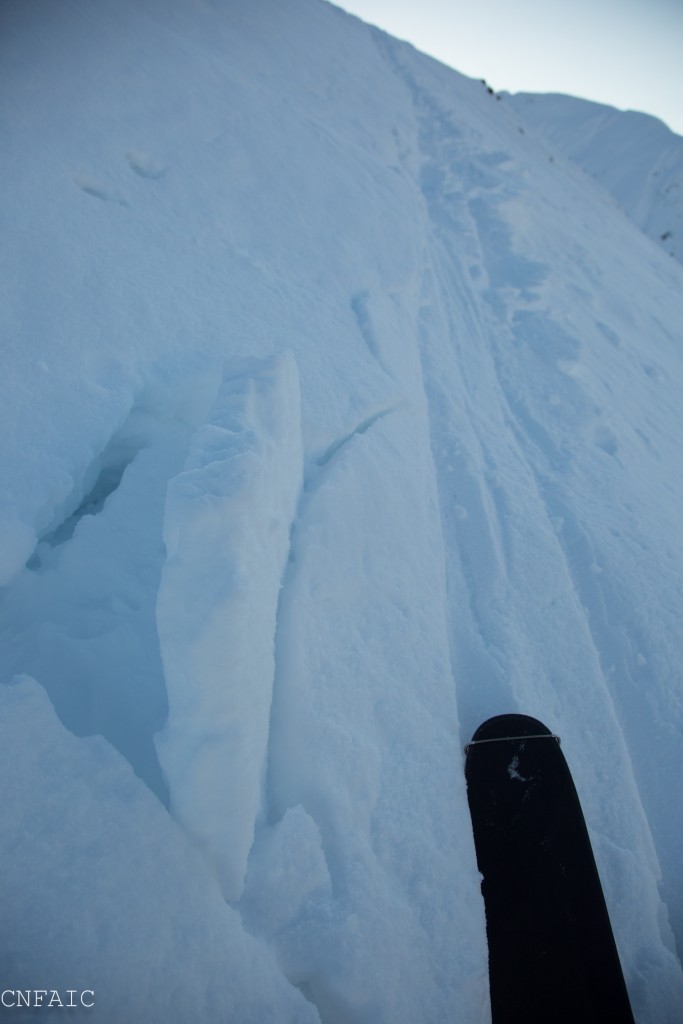 Variable surfaces were noted above 2500' with areas near the ridge with dense wind hardened snow. Slab didn't have energy and broke into pieces with force. 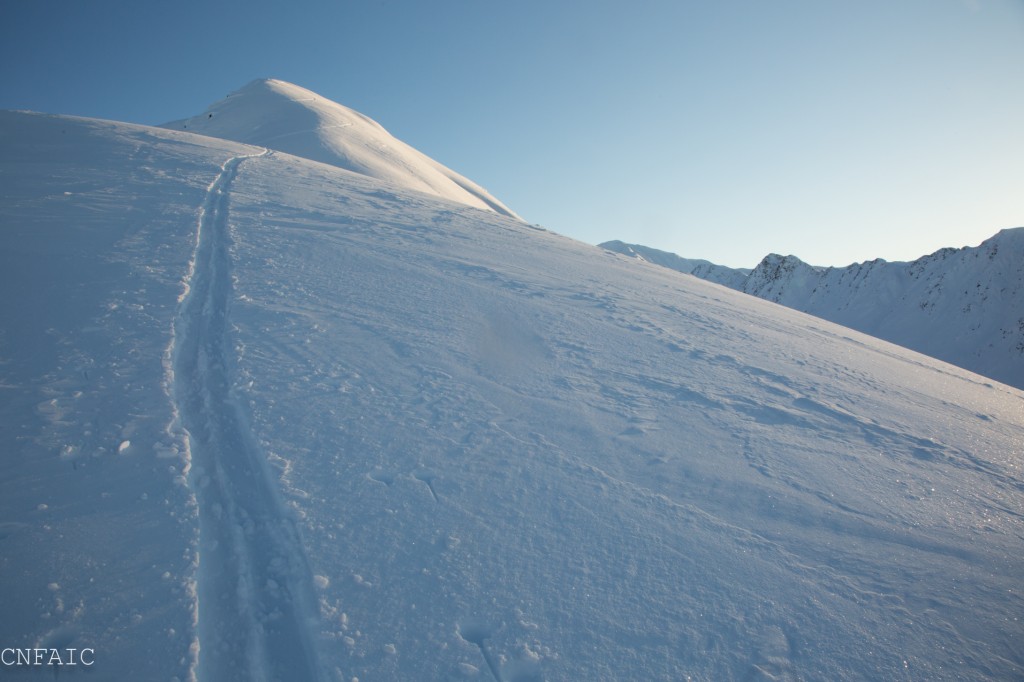 Some new surface hoar(3-4mm) growth was seen on in some places, but was more disturbed along ridges 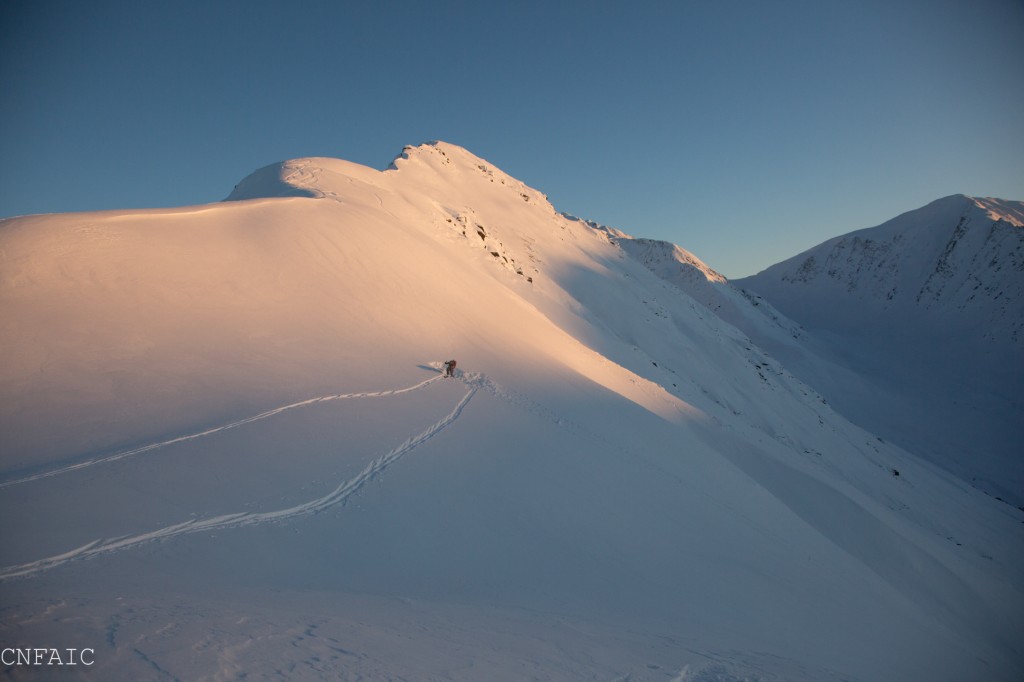 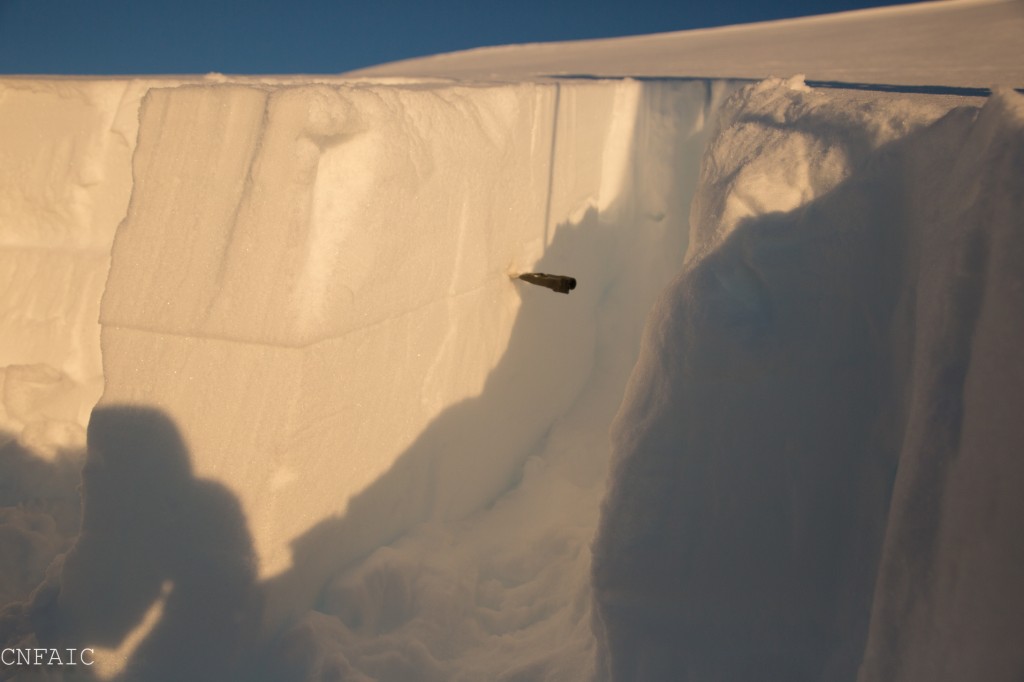 PST results - The BSH did propagate to the end of isolated column, but failure occurred more than 1/2 through the column. 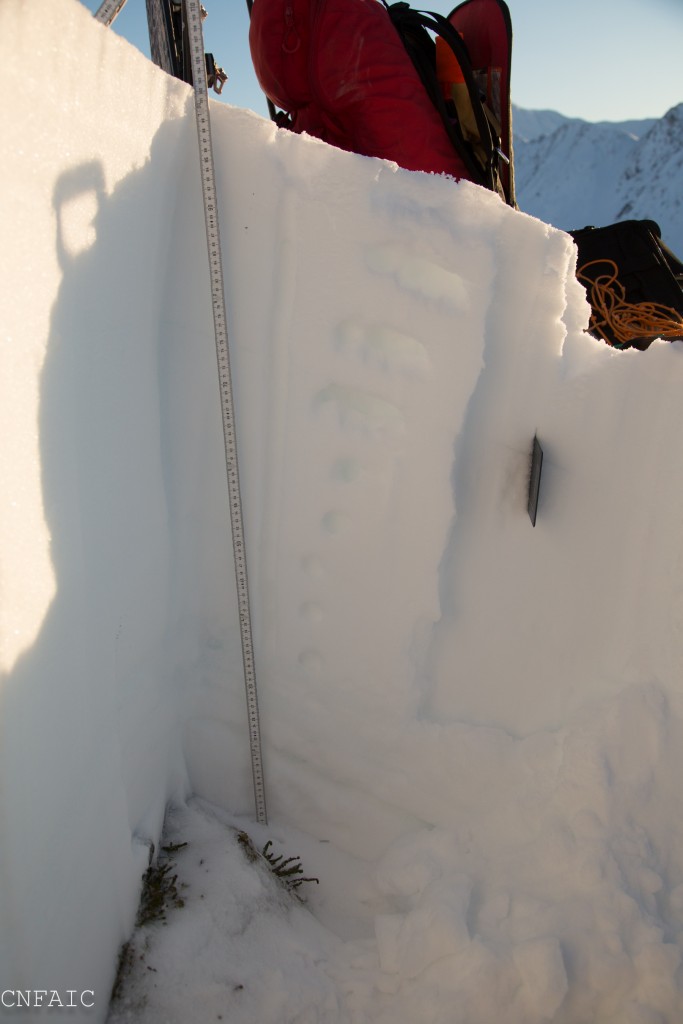 BSH layer was still intact and easy to identify at 15" below the surface. 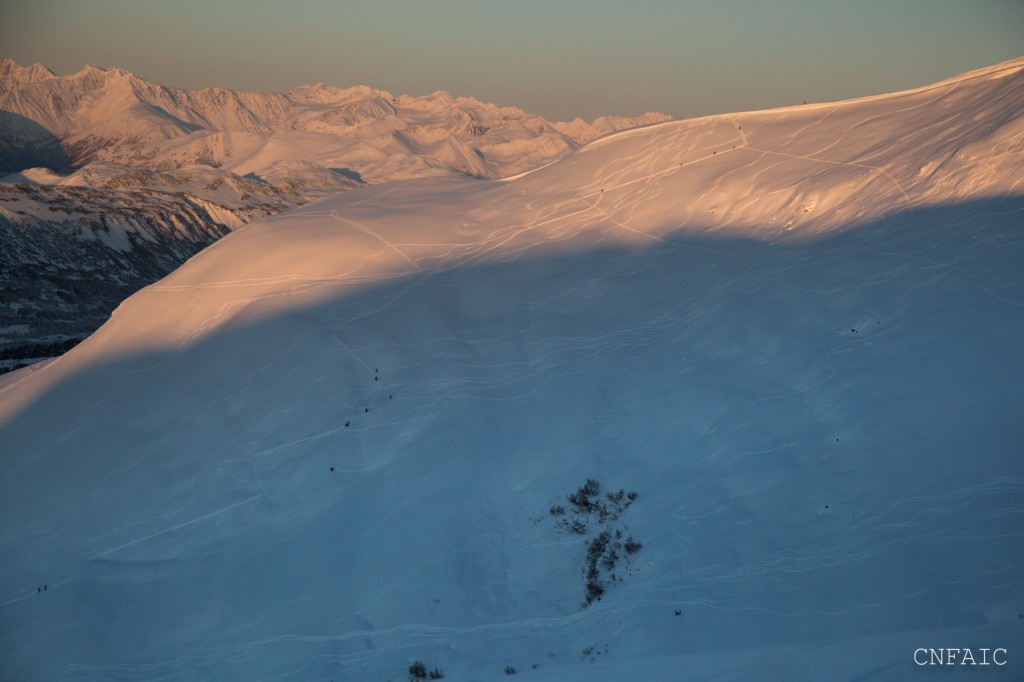 Lots of traffic on SW aspect of Magnum in the late afternoon. 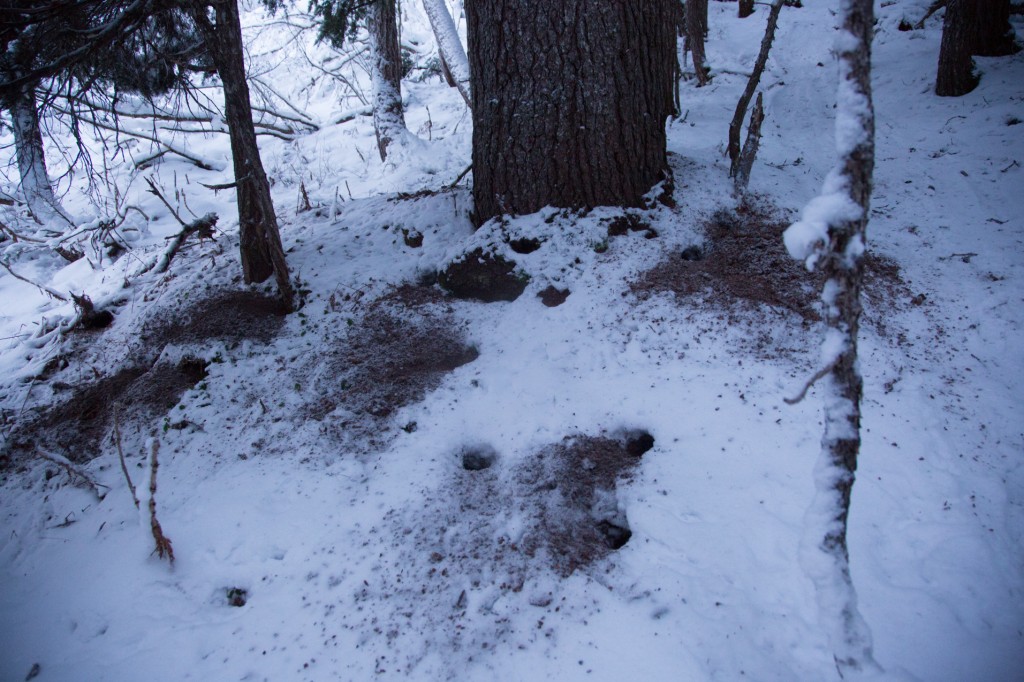 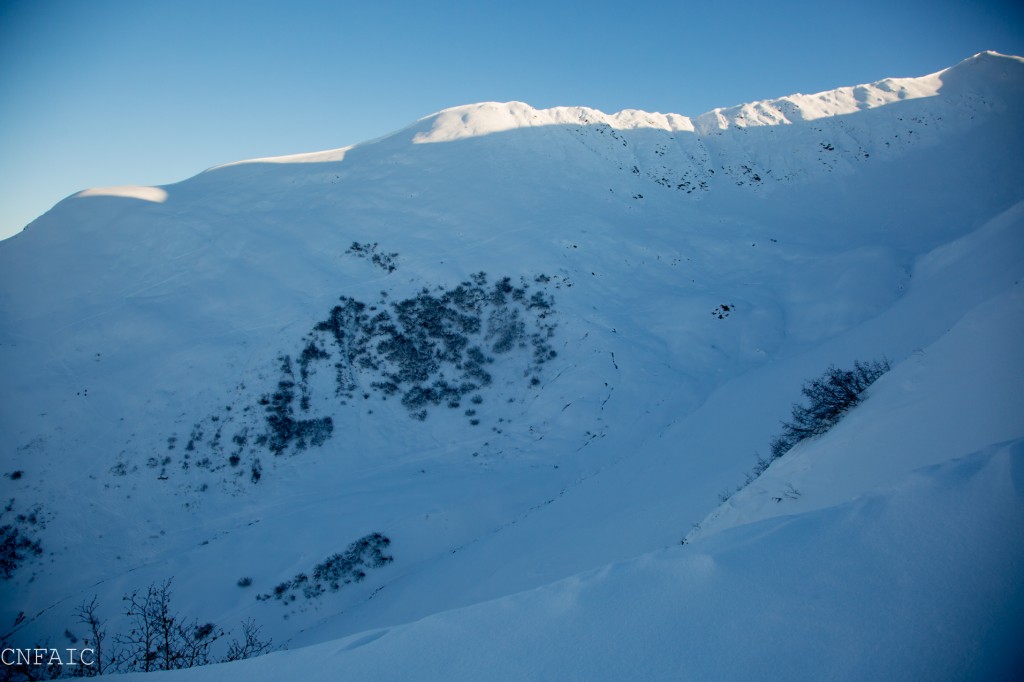 Thin coverage below 2500' on the South side of Turnagain Pass i.e. Magnum SW has lots of rock, drainages and alder still showing.