The following report is regarding the snowmachine accident on Saturday January 28th, 2017.

The CNFAIC would like to express a sincere thank you to Rob for his willingness to share his story and his thoughts afterward. The quick response of the rescuers, their awareness of other groups in the area and their preparedness to act is to be commended. Though difficult, these accounts are very important for all of us to read as they can help us be more prepared and aware when traveling in the backcountry.

I was riding with my son Jackson and his two friends David and Johnny up the Snug Harbor trail into Lost lake. I was riding doubles with Johnny because he did not have a sled. We met Tyler and Bryant just before V Max hill because they were stuck and the boys helped them. Then my son Jackson got stuck and Bryant and Tyler helped him get his sled free. I spoke to them for a few minutes and then we were off riding again. I made it over V Max first and then my boys. We were sitting on the Seward side of V Max when Tyler and Bryant made it over. We talked to each other and told them if they got stuck again we would help them and if we were stuck to help us. They left us and we took off about 5 - 10 minutes later.

I was leading our group, as we were heading up the valley I looked up to the right and saw the two men riding on a slope that I would not have touched under these avalanche conditions. I thought to myself, “I hope they are careful!” I stopped to wait for Jackson and David who were way behind us. As I looked back David was waving his hands wildly. Johnny and I raced back and David told me he just saw the avalanche bury someone and a sled, I asked him “WHERE IS JACKSON?” David didn’t know (Davids’s sled was stuck) but he thought Jackson may have been up there with those guys. My heart sank! Just then Jackson came riding out of the woods. I dropped Johnny off with David because I was worried about trying to ride doubles up the avalanche.

Jackson and I rode our sleds up the avalanche to start the search. I first found a half-buried sled, then I saw a hand waving and I found Bryant buried with just his hand waving and his face showing. (I believe we found Bryant within 3 minutes from when the snow covered them.) He was buried so tight he couldn’t move anything except his hand. I dug him out as fast as I could so we could turn off his beacon and search for Tyler. The snow was set up like concrete and was very heavy and difficult to dig out. Jackson was searching for Tyler the whole time but it was difficult because of both beacon’s sending a signal. It took me approx. 7 minutes to dig Bryant free. We got Bryant’s beacon turned off so we could use our own beacons to locate Tyler. Jackson found Tyler’s signal about 100 feet to the east of where Bryant had been buried and started probing and felt his body right away. He was down deep about 8-10 feet from the surface. (Approximately 10 minutes had passed since they were buried before Jackson started digging.) Bryant came over to help us dig. We dug and dug and dug! We were so tired and desperately needed more help. I decided to jump on my sled and go get Johnny who had another shovel. David walked up the hill to help too. We were all so EXHAUSTED it was so helpful to have more people to help us dig! It was very challenging trying to get the snow out of that deep hole but we finally made it down to Tyler after about 15 more min. of digging. (By this time we estimate he had been buried for 20 - 25 minutes.) I pulled his helmet off and Jackson started mouth to mouth immediately. We did chest compressions on him while he was down in the hole. He was completely purple in the face, unconscious, with no pulse. I tried to help with the mouth to mouth resuscitation but started to dry heave because the smell was so bad! Jackson took over again with the breaths and I did the compression. A man named Jonathon showed up and helped us pull him out of the hole. A few more people showed up willing to help. We worked on Tyler for another 15 minutes and I decided that I needed to mark the spot with my GPS and go call for help! I raced out to the parking lot and a couple of guys gave me a ride out to get cell phone signal to call for help. I was finally able to call in the report. They told me to go back to the snug harbor parking lot and meet up with the Cooper Landing Ambulance. When I arrived they asked me a few questions and then sent me back in with J.P. (an EMT) along with J.F. and another EMT riding doubles. We arrived at the site just after the chopper landed. Jackson had continued mouth to mouth while Jonathon did chest compressions for the entire 1 ½ hours we were gone. (I believe all total they did CPR for approx. 2 hours straight.) Johnny dug out Tyler’s sled then hiked up the avalanche looking for a cell signal to call for help. David helped Bryant get his sled free. Everyone there did what they could to help in the best way they knew how. They never gave up!

Once we arrived, J.P. worked on Tyler for a few minutes until the chopper could find a stable landing zone to load Tyler. We all helped load him on the chopper and they took off. We helped Bryant get his sled running and made sure he was okay and then we all headed out. We led the group to the Rainbow lake trailhead so they could get back to the Snug Harbor parking lot. We had to go left across Cooper lake to get back to our truck and trailer. Johnny rode Tyler’s sled out with us and we loaded it on our trailer and brought it home. This morning some of Tyler’s friends came to my house and retrieved Tyler’s sled and let us know that his parents were arriving this evening.

I am so extremely proud of my son Jackson, and his friends David and Johnny for all they did. I cannot express in words how incredibly exhausting (both mentally and physically) it is to be a part of a rescue like this! I also want to express how important it is to BE PREPARED with a shovel, probe, and beacon so you can help find someone. I do not own an Avalanche Pack (the kind you pull a cord when you are in danger and it blows up air bags around your head and upper body) but after witnessing what I did on Saturday I will be buying one for me and my sons. They can help keep you floating on top of the snow!

The VERY BEST advice I can give (and I have learned the hard way myself over the years) is to be AWARE of Avalanche conditions before you leave your home and STAY AWAY from the danger zones! Ride in the trees and valley's, it may save your life!!!

We were very honored to have been in the mountains on this day to be in the right place at the right time where God needed us to be. We are so thankful that we were able to free Bryant and SO SAD that we could not revive Tyler!! My heart and prayers go out to his family and loved ones. May you Rest in Peace Tyler!!
HUMBLED!, Rob 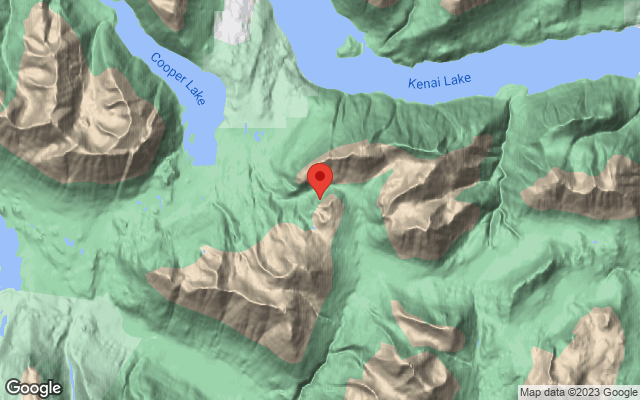